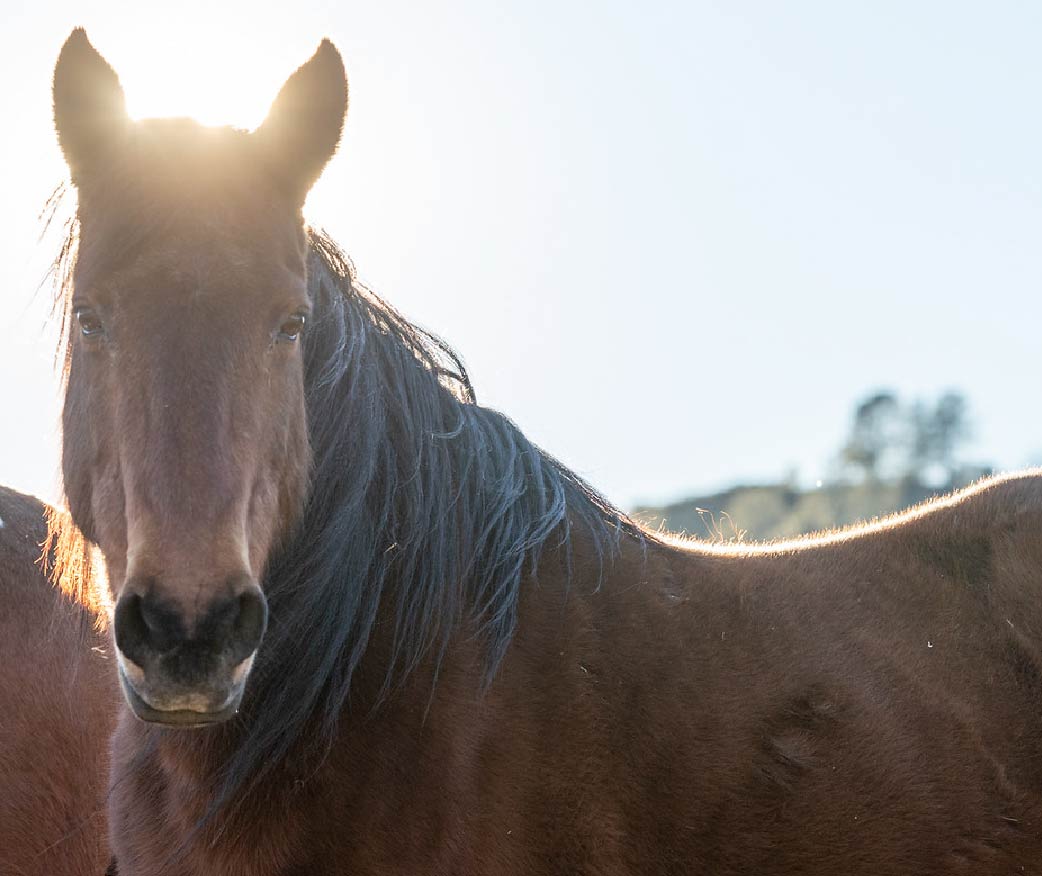 Over 10,000 Americans Weigh in Against California Wild Horse Roundup in Advance of Virtual Public Hearing Today

Over 10,000 Americans Weigh in Against California Wild Horse Roundup in Advance of Virtual Public Hearing Today

ALTURAS, CALIF (August 20, 2020)... More than 10,500 American citizens are opposing the U.S. Forest Service’s plan to round up 500 wild horses next month from the Devil’s Garden Wild Horse Territory in the Modoc National Forest in California. It will be the third roundup in as many years, with over 1,900 wild horses being removed from California’s largest and most significant herd.

The letters of opposition have poured in from across the country in response to an American Wild Horse Campaign (AWHC) alert on a USFS request for public comments on the pending roundup. A virtual public hearing on the plan that will take place today, Thursday, August 20 at 4:30 p.m., PST.

In 2018, the Forest Service’s plan to sell the captured wild horses for slaughter sparked widespread public outrage and opposition from political leaders. The controversial plan prompted litigation and state and federal legislation that successfully blocked the Forest Service from implementing that lethal option.  However, the Forest Service has disposed of hundreds of captured horses by selling them for $1 apiece, and many of the horses have been placed in questionable circumstances. In addition, at least 120 wild horses previously rounded up have not yet been placed.

“The U.S. Forest Service is treating these national treasures like trash, cruelly rounding them up with helicopters and disposing of them for $1 apiece,” said Mary Koncel, Program Specialist for the AWHC. “The Modoc National Forest’s inhumane and fiscally reckless wild horse policy is driven by commercial ranching interests that want to graze cattle on the land where the federally-protected wild horses roam.  It’s costing taxpayers millions of dollars, and it’s costing our cherished mustangs their freedom, their families, and sometimes their lives.”

According to the American Wild Horse Campaign, the Forest Service has set an unscientifically low population limit of just 206-402 wild horses in the Devil’s Garden Wild Horse Territory while authorizing as many as 3,700 cattle and 2,900 sheep to graze there for six months a year. American taxpayers foot the bill to the tune of millions for this wild horse roundup-for-livestock-grazing program, including costs to capture and hold the horses as well in subsidies to the ranchers in the form of below-market grazing fees and other federal entitlements.

Last spring’s census of the Devil’s Garden Wild Horse Territory estimated there were 1,804 horses before 500 wild horses were removed in the 2019  fall roundup.

Citing National Academy of Sciences findings that federal wild horse population limits “were not based on science” and that roundups and removals “expensive” and “unproductive,” AWHC has called for a shift in federal policy away from rounding up, removing and storing wild horses in holding pens to humanely managing them in the wild with scientifically recommended PZP fertility control.

Last month the House of Representatives passed a “breakthrough” amendment to require the implementation of PZP fertility control as a step toward ending wild horse roundups.

In 2018, AWHC has even offered to fund and implement a program in the Devil’s Garden Wild Horse Territory -- an offer the Forest Service declined in favor of archaic, costly and counterproductive helicopter roundups.

The latest roundup is scheduled to begin in mid-September.  Captured horses will be transported to the Bureau of Land Management’s Litchfield corrals and the Forest Service’s Double Devil Wild Horse Corrals in the Modoc National Forest for adoption and sale. The 2018-2020 cost to taxpayers for just rounding up the horses - excluding costs of holding, transport, adoption, sale -- is $1.9 million.