The 1.1-million acre Owyhee Complex is located within both the Elko and Winnemucca Districts of the BLM and encompasses the Snowstorm Mountains, Little Owyhee, Rock Creek, Owyhee, and Little Humboldt Herd Management Areas (HMAs).  The Complex has been the site of numerous roundups over past years. In 2016, the BLM permanently removed over 1,400 horses from the public lands in this area. Then as now, horses being removed were in good body condition, raising questions about the BLM's claims that the Complex has inadequate forage to sustain the current population of wild horses living there.

The 2018 Owyhee Complex roundup is being conducted as an "emergency" operation due to the Martin Fire, a massive wildfire that, according to BLM, burned 46% of the Little Owyhee HMA and 26% of the Owyhee HMA. However, AWHC has confirmed with BLM that the agency has taken no action to reduce livestock grazing as a result of the fire; instead it is focusing remedial actions solely on wild horses, even though the protection of wild horses is mandatory, while commercial livestock grazing is a discretionary use of the public lands. The BLM is also citing the need to "prevent further deterioriation of Greater Sage Grouse habitat," continuing a pattern of scapegoating wild horses for habitat damage caused by vastly larger numbers of cattle on the public lands in the area.

The BLM authorizes the annual equivalent of over 10,000 cow/calf pairs to graze on the public lands in the Owyhee Complex while allowing a maximum of 1,000 wild horses to live in the area.

Yesterday, the BLM rounded up and removed 57 wild horses from Owyhee Complex in the Winnemucca area of Nevada.  There were no deaths, and the horses looked to be in good body condition.

The BLM is moving the trapsite to private land tomorrow, and has said the public is not able to attend the operation. 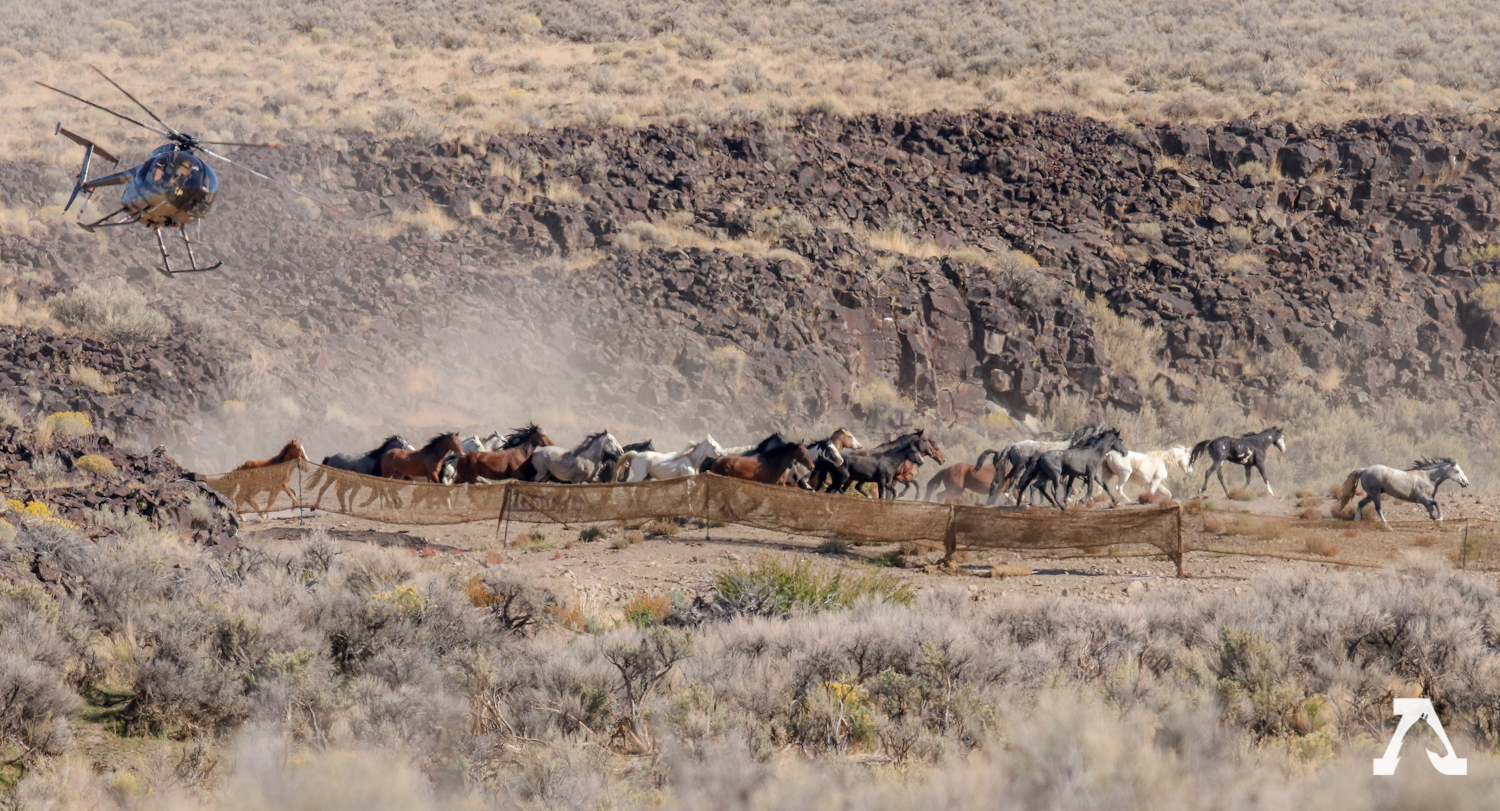 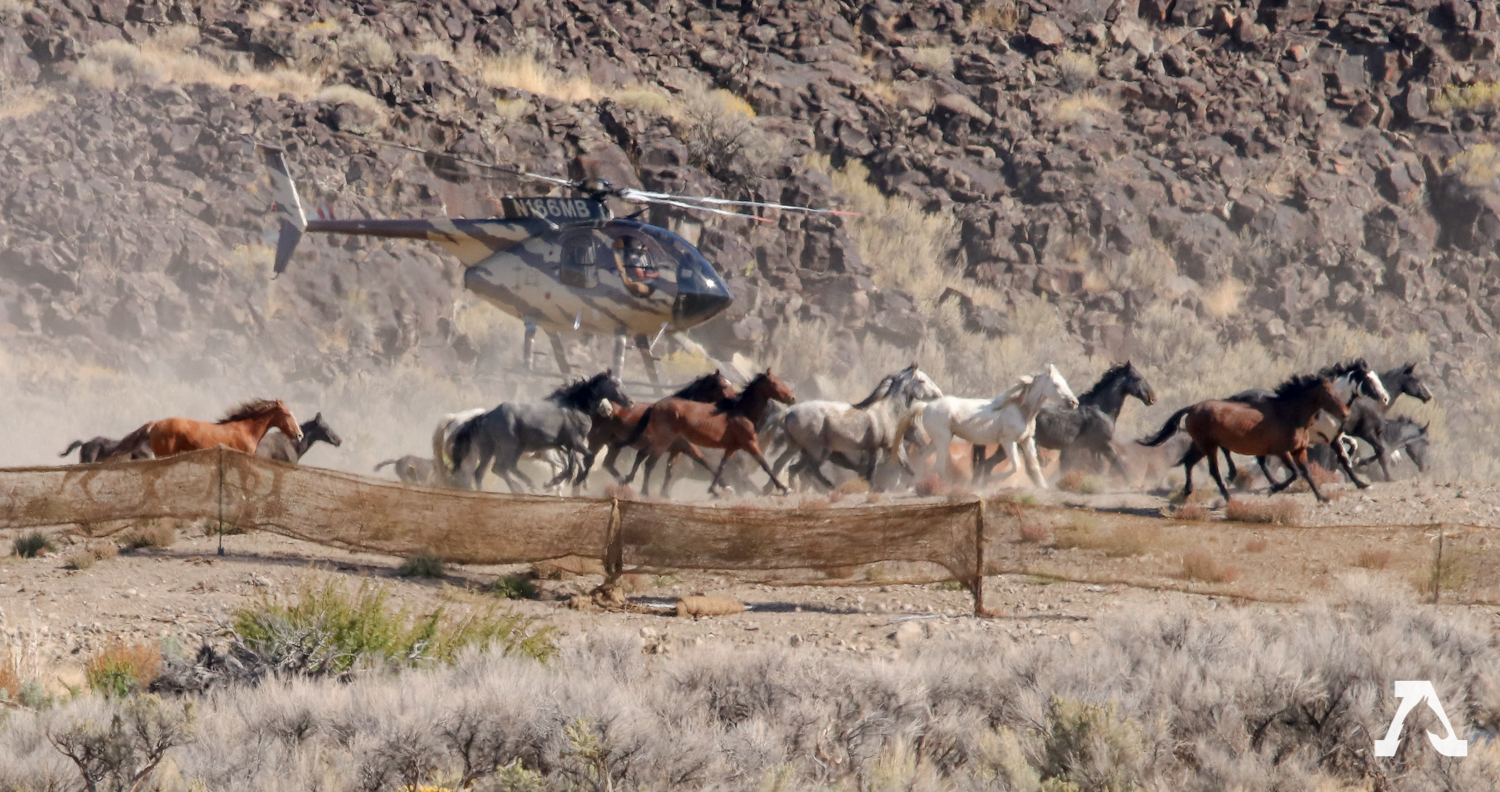 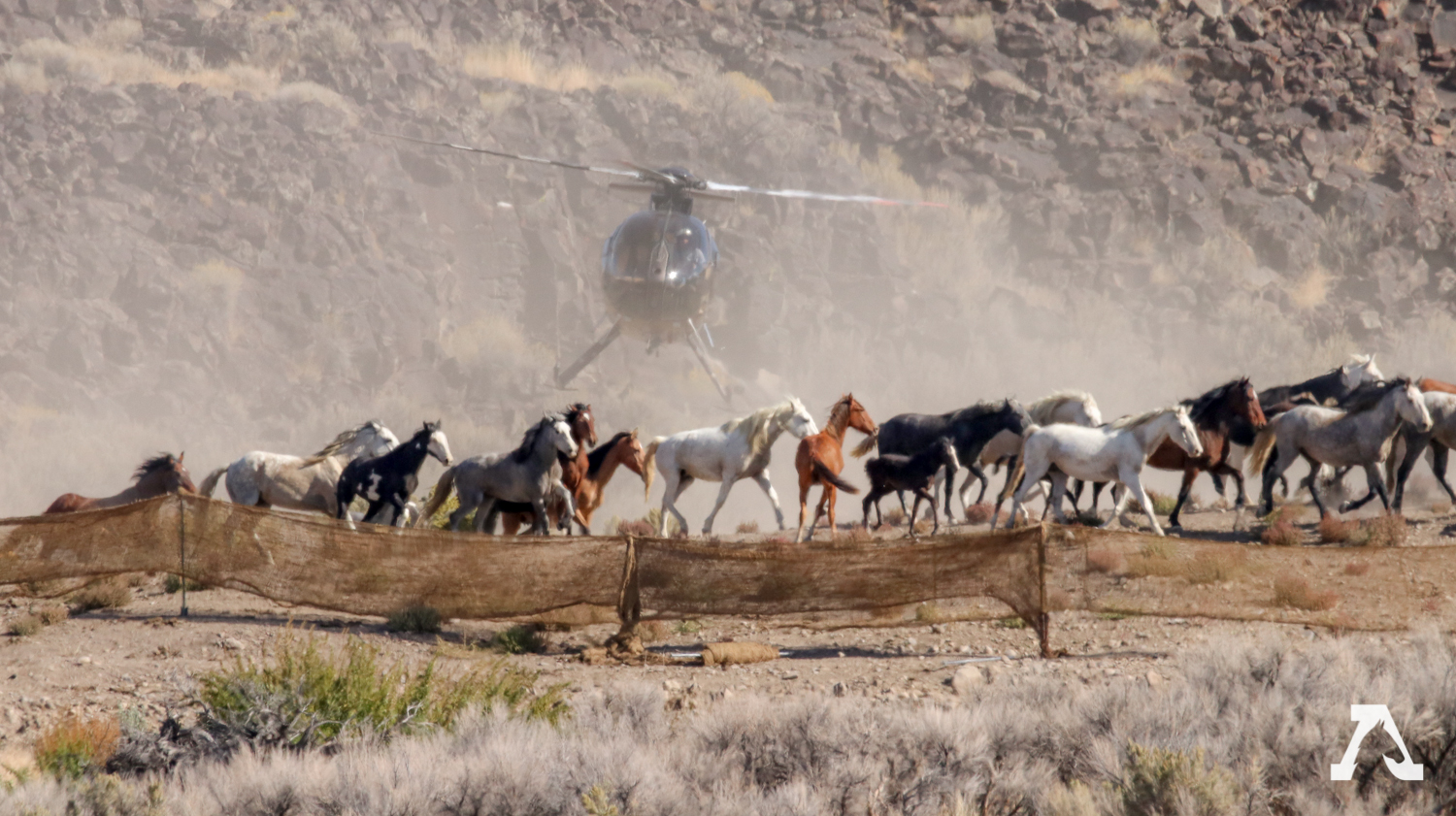 AWHC's field representative was onsite for the seventh day of the Owyhee roundup. 84 horses were captured and removed (studs 39, mares 38, foals 7) and thankfully no deaths. Horses on this day were in Henneke Body Scores of approximately 4's and 5's, which is telling considering the BLM is stating there is not enough forage due to the Martin fire. (See above.)

This roundup has been deadly already with 21 horses euthanized so far, and a total of 936 horses captured. The helicopter roundup is being conducted by Cattoor Wild Horse Roundups, the BLM's primary contractor for capturing and removing wild horses and burros from public lands. 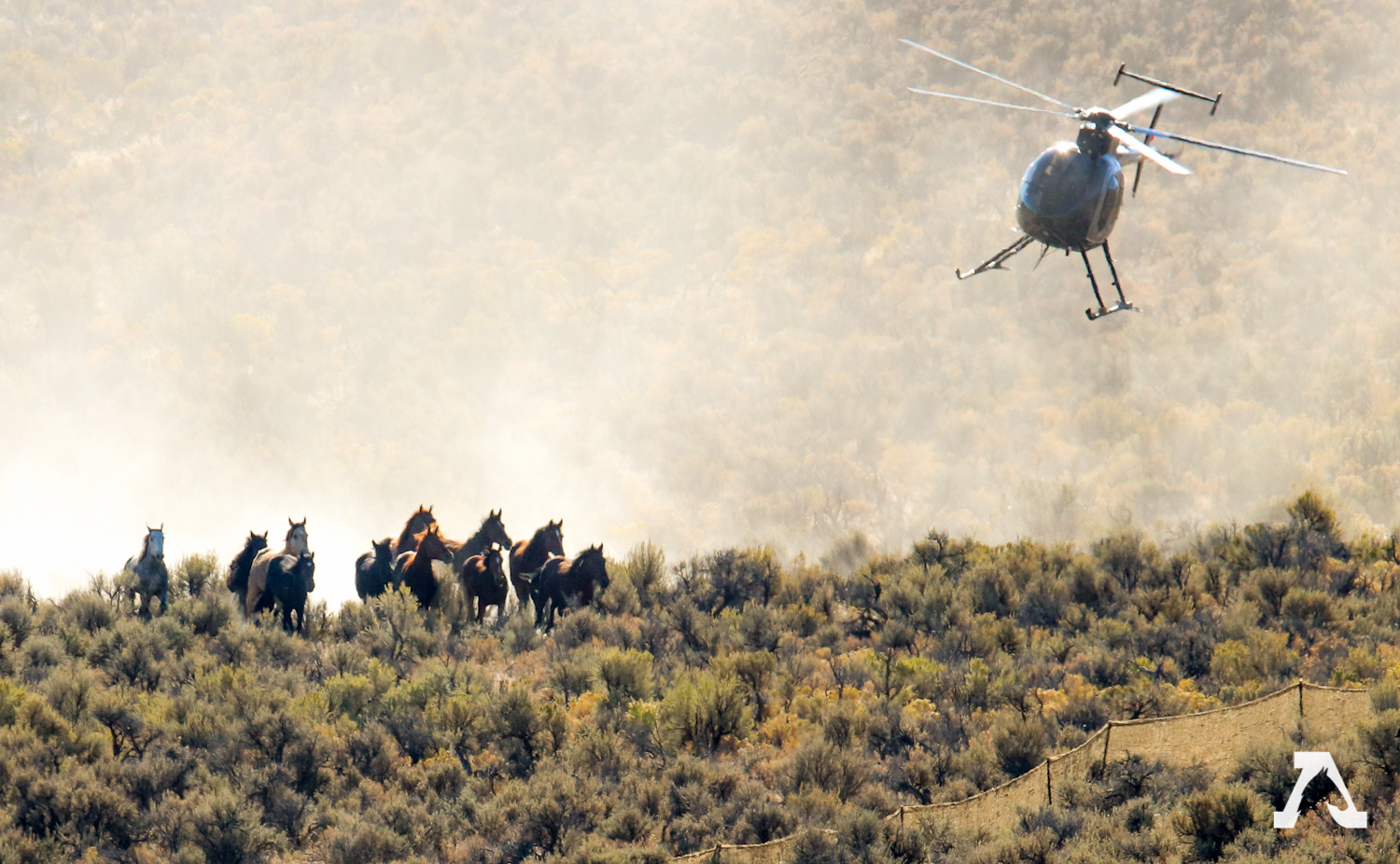