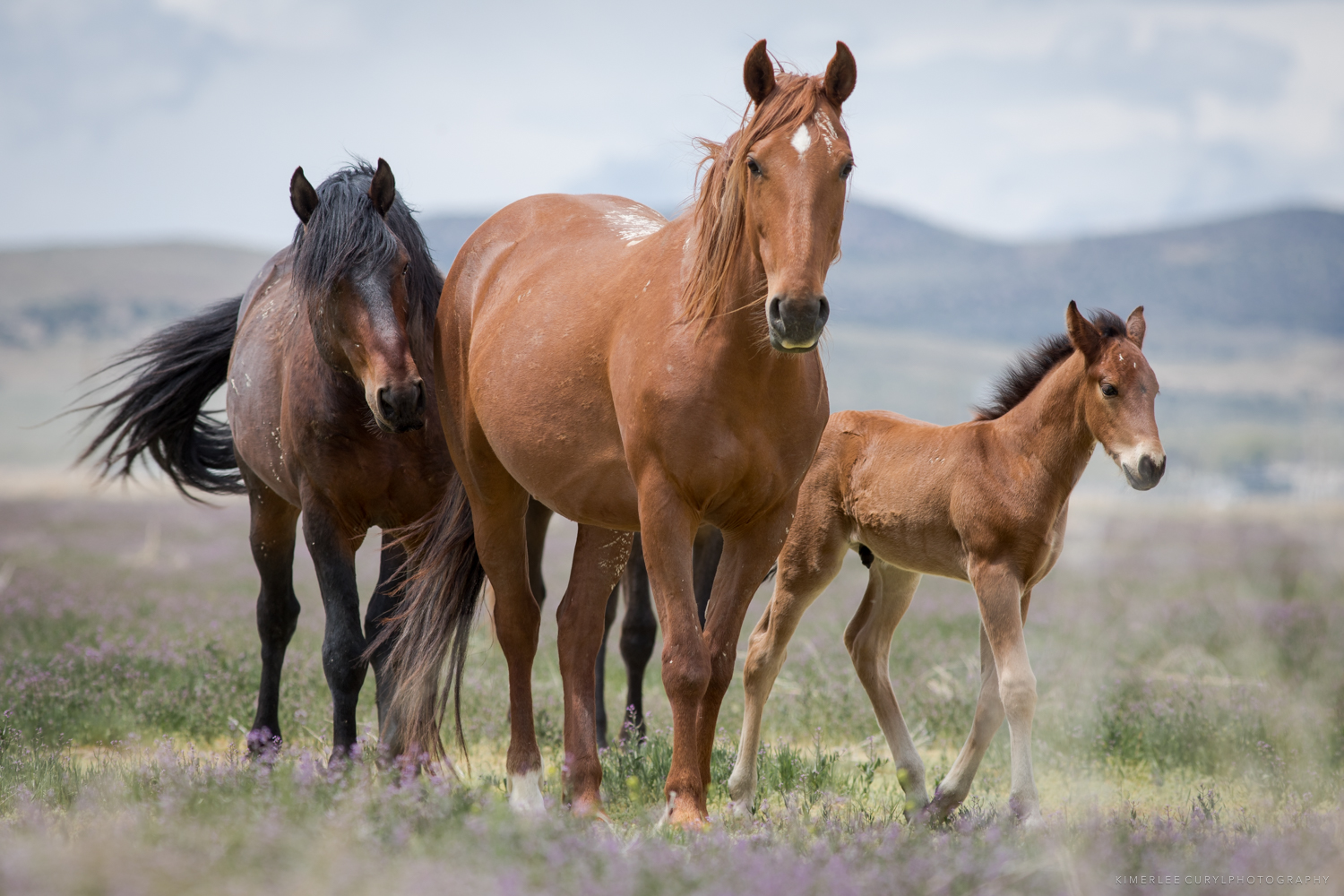 WASHINGTON, DC (October 29, 2019) New polling released today by the American Wild Horse Campaign finds a strong bipartisan majority of Americans oppose a new plan to round up mass numbers of federally-protected wild horses and burros from America’s Western public lands. The plan, which would reduce wild herds by 70%, is currently being touted by Acting Bureau of Land Management (BLM) Director, William Perry Pendley and livestock industry lobbyists, but is opposed by the vast majority of wild horse protection and animal welfare organizations. Pendley is expected to make an appearance at the BLM National Wild Horse and Burro Advisory Board meeting in Washington, DC on Wednesday.

“Our recent polling documents that nearly three out of four Americans oppose the costly and cruel mass roundup and incarceration plan for America’s cherished wild free-roaming horses and burros,” said Suzanne Roy, Executive Director of the American Wild Horse Campaign (AWHC).  “Americans do not want their tax dollars used to clear the public lands of wild horses and burros in order to replace these iconic animals with subsidized commercial livestock.”

At the same time, conservationists are reacting strongly to BLM chief Pendley’s recent claim that wild horses are “an existential threat” to the public lands, particularly given the fact that 88% of BLM land has no wild horses on it.

In response, Erik Molvar, wildlife biologist and Executive Director of the Western Watersheds Project, wrote, “Pendley’s misstatements about wild horses and the magnitude of environmental threats on the lands that his agency manages speaks either to a monumental incompetence and ignorance, or to an aggressive dishonesty and commitment to a “fake news” approach to informing the public about Western public lands.“

Last week, Molvar -- a leading expert on the environmental threats to Western public lands posed by commercial livestock grazing --  joined Nevada business leaders and wild horse advocates at a press conference in Reno to address the propaganda campaign being waged against wild horses, stating, “The administration’s obsession with wild horses, while turning a blind eye to the real and serious problems that livestock overgrazing causes on these same lands demonstrates a systematic myopia and willful desire to ignore and perpetuate ecological problems caused by the livestock industry.”

An editorial in last week’s High Country News, a non-profit magazine and news operation dedicated to informing and inspiring people to act on behalf of the West’s natural and human communities, echoed Molvar’s sentiments.

“The real problem with wild horses is that there’s no money to be made from them. And by focusing on them, Pendley hopes to divert our attention from the true threat to public lands: unbridled greed,” the editorial concluded, referencing Pendley’s history of fighting for the “private property rights” of extractive industries (oil/gas/mining/livestock) to exploit the public lands."

According to AWHC, the intensifying propaganda campaign by Pendley and his industry allies against wild horses is aimed at convincing Congress to fund the expensive new plan to clear the public lands of virtually every wild horse and burro remaining wild today. Misleadingly dubbed a “Path Forward for Wild Horse and Burro Management,” the plan would accelerate the removal (by helicopter roundup) of wild mustangs from public lands and allow for inhumane management methods, such as cruel surgeries to sterilize wild mares by ripping out their ovaries. Although billed as a “non-lethal plan,” the proposal actually makes slaughter more likely over the long run by dramatically increasing the number of horses and burros maintained in captivity at taxpayer expense with no guarantee of funding for their long term care.

“This dangerous proposal is the greatest threat to wild horses and burros in decades, and the American taxpayer is going to finance the whole shebang – even the BLM has admitted removals could cost upwards of $5 Billion,” said Marty Irby, Executive Director at Animal Wellness Action and a lifelong horseman. “If this ghastly proposal is executed, we'll see massive roundups, swelling captive wild horse populations, and jubilation from the National Cattlemen’s Beef Association that secured political cover from the Humane Society of the U.S., Humane Society Legislative Fund, and ASPCA for their long-time aspiration to cement a government-funded wild horse depopulation program.”