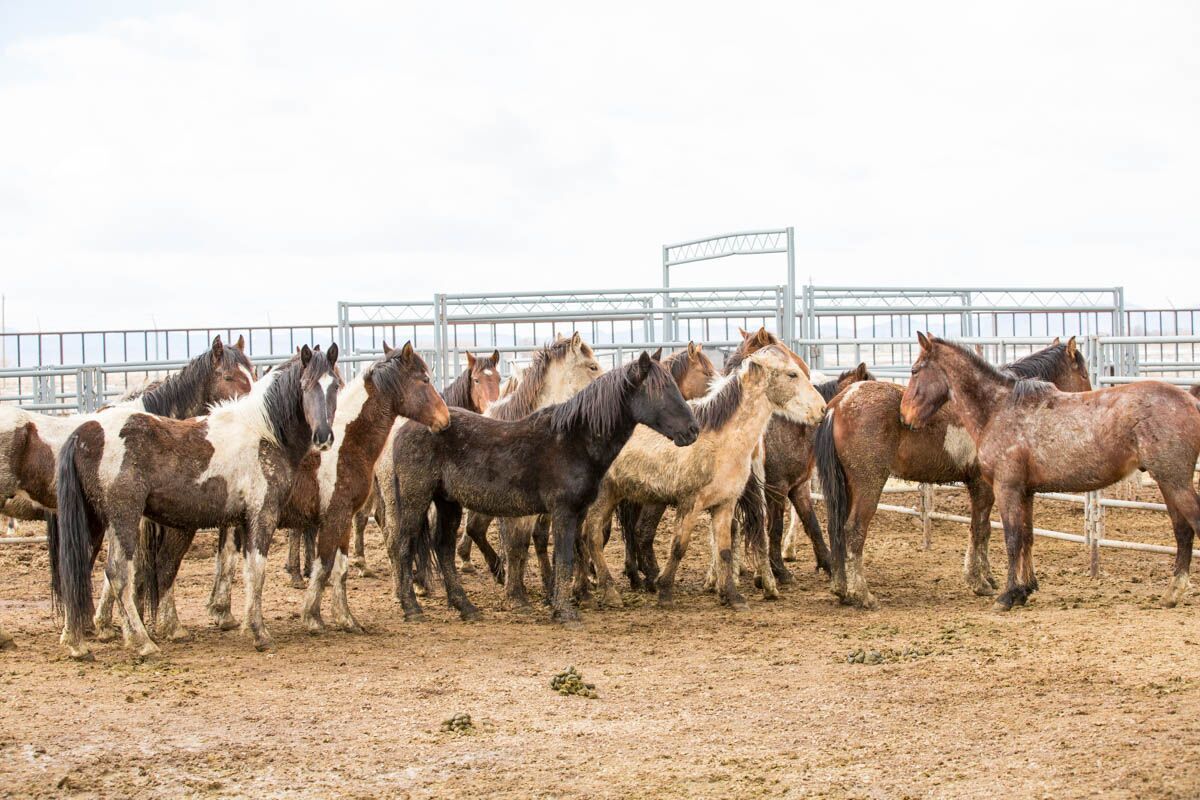 (May 6, 2020) ... If you thought the mismanagement of America’s wild horses and burros had hit rock bottom, think again.

Equine Elite LLC, a South Dakota-based company that is co-owned by a South Dakota businessman charged in multiple states for predatory lending practices, has succeeded in securing a local statute change that would allow it to build a Concentrated Animal Feeding Operation (CAFO) – or giant feedlot – in Laramie County, Wyoming to house up to 5,000 wild horses on an 80-acre property under a contract with the Bureau of Land Management (BLM).

When contacted last year by AWHC, the BLM would not confirm or deny whether Equine Elite had indeed submitted a bid during the solicitation period for off-range corrals to “care” for wild horses and burros rounded up and removed from public lands. The agency did, however, acknowledge that it received multiple bids for the facilities in Colorado, Utah and Wyoming where it is seeking to build a network of off-range corrals near regional Herd Management Areas in order to limit the transport of horses or burros rounded up/removed from them to 10 hours.

The BLM is expanding holding capacity in anticipation of accelerating the roundup and removal of horses from the range, after receiving a $21 million budget increase from Congress last year.

The ramped-up roundup plans are attracting business people and livestock operators who hope to profit from lucrative government contracts to hold captive mustangs in feedlots so large they qualify as CAFOs.

In March 2019, Jimmy Dean Reeves, Janna Hickman Reeves, and Martin A. Webb filed Articles of  Organization in South Dakota for Equine Elite LLC.  Not much is known about Mr. Reeves and Ms. Reeves, except that they appear to be involved in the cattle industry.  But Mr. Webb has been described as “a predatory businessman who has fleeced financially distressed consumers across the country with high-interest loans” issued through his previous “financial” companies, including  Western Sky Finance, Payday Financial, Great Sky, Red Stone, Management Systems, and Red River.

According to complaints in multiple states, Mr. Webb was involved in elaborate schemes to deceive borrowers and regulators about the use of high-interest online loans.  At the heart of these schemes was his and his associates’ claims that they were not bound by state laws because of Mr. Webb’s affiliation with the Cheyenne River Sioux Tribe.  The courts thought otherwise.  As a result of the lawsuits, and after paying millions of dollars in restitution, Mr. Webb closed shop and stopped making loans in August 2013.

Mr. Webb has now apparently shifted his business interest to warehousing wild horses. Last year, to advance its mustang feedlot venture in Wyoming, Equine Elite petitioned Laramie County to relax its requirements for permitting CAFOs. On Tuesday, May 5, the Laramie County Board of Commissioners voted to change its regulations requiring the consent of property owners within three miles of a CAFO, which had been adopted in the 1990’s to protect residents from a high-volume pig confinement operation. The relaxed regulation reduces the radius for consent to one mile, despite property owners’ concerns about the waste and smell from a CAFO holding 5,000 horses, congestion from traffic, and the increased use of water.

Currently, the BLM is conducting technical and environmental analyses on all the proposals for the short-term holding facilities before it awards any contracts. Another feedlot is being planned by the Kent Cattle Company in Utah to hold up to 1,000 wild horses on 15 acres of land in Millard County.

Instead of preventing the removal of horses from the range by funding humane, cost-effective and scientifically recommended fertility control programs, the BLM continues to throw money into lucrative contracts for a wild horse warehousing system that is not only inhumane but also wildly expensive. Perhaps, then, financial collapse is the ultimate goal: When the escalating cost of holding becomes untenable resulting in Congress eliminating funding, the contractors profiting from stockpiling the horses could profit again by selling thousands of them for slaughter.