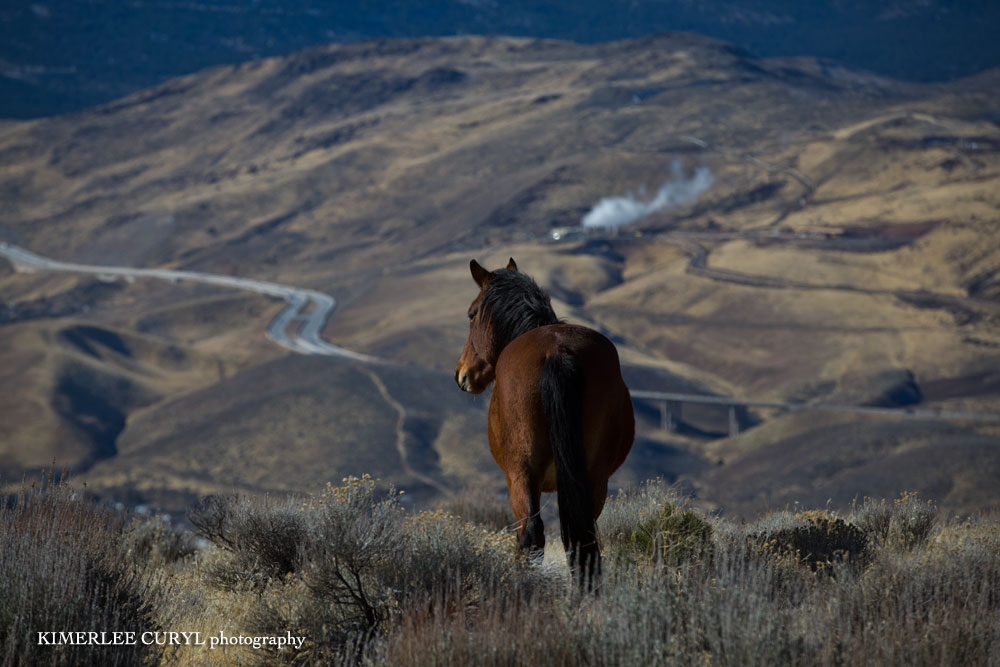 The local, volunteer- implemented program is conducted under a Cooperative Agreement with the Nevada Department of Agriculture, which was signed on April 9, 2019, with support from the office of Governor Steve Sisolak, Assemblyman Jim Wheeler, and Blockchains founder Jeff Berns.

The program utilizes the Porcine Zona Pellucida (PZP) vaccine delivered remotely by dart to mares in the Virginia Range horse population. It requires a primer and a booster shot in the first year, then annual boosters thereafter. The 3,000 treatments have been delivered to 1,325 individual mares. The vaccine is 97 percent effective in preventing pregnancy.

“We’re so proud of the incredible success of this PZP effort and the dedication and hard work of the local volunteers who make this groundbreaking program a huge success,” says Suzanne Roy, Executive Director of the American Wild Horse Campaign. “Our program is demonstrating that there is a humane way to manage wild horses and has become a model that is influencing federal policy on managing these animals in the West. We’re grateful for the support from the Governor and other state leaders and the business community for this humane approach to managing the Virginia Range horses."

“We appreciate the high level of commitment from AWHC and their volunteers,” NDA Director Jennifer Ott said. “AWHC is a great partner to our cooperative agreement, and partnerships like this illustrate the success that can occur when two groups come together to solve issues.”.

The Department has jurisdiction over the Virginia Range horses, which are classified as feral estray livestock under state law.

The PZP vaccine is an excellent tool in managing wild horses on the range, in contrast to the current expensive roundup practices utilized by the Bureau of Land Management (BLM) for federally protected herds in the West.

The success of the program in Nevada helped convince a bipartisan group of Congresspeople this year to offer an amendment to Fiscal Year 2022 appropriations legislation to require the BLM to spend approximately 10 percent of its annual Wild Horse and Burro Program budget on PZP fertility control implementation. The amendment passed the House in July. Nevada’s U.S. Senators Jacky Rosen and Catherine Cortez Masto recently signed a letter to Senate Leadership urging inclusion of the amendment in any final spending deal.

While nationally, an estimated 16 wild horse herds are managed successfully using fertility control, the program in the Virginia Range is by far the largest.

In the Wild
Show/Hide
show