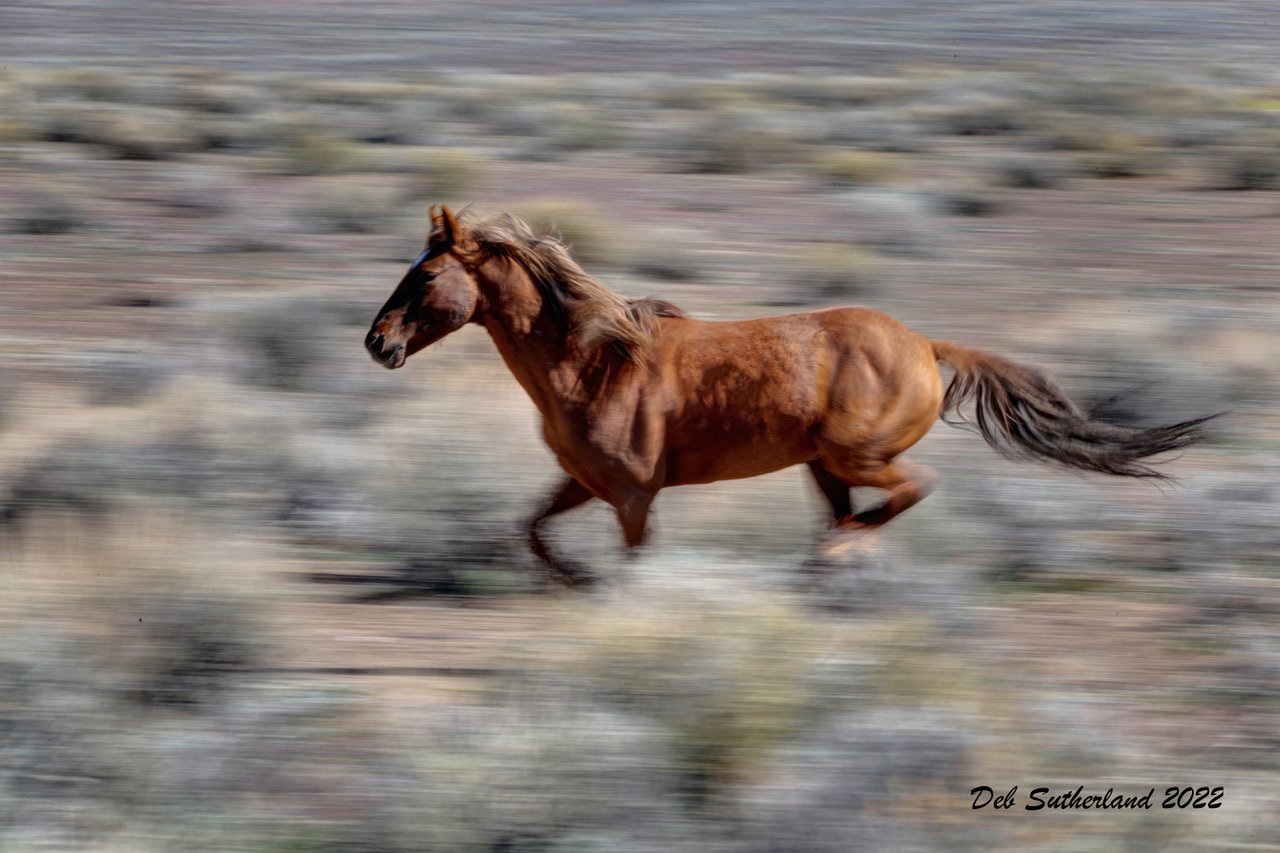 From the Range: A Tale of Stallion Drama

From the Range: A Tale of Stallion Drama

(June 9, 2022) A few months ago I was out documenting on the Virginia Range near a canyon where I knew some wild horse bands usually hang out.  As I was photographing some known horses, I glanced to the east and saw an unfamiliar band coming over the hill.

First, I spotted a chestnut stallion with a star, then a dark blue roan stallion walking next to a light bay mare with a funny-looking blaze, and following them was a very dark bay mare. I could see their faces as they came closer and I ran this information through my mind's database of “familiar to me” horses, trying to figure out which band was coming. I was puzzled. 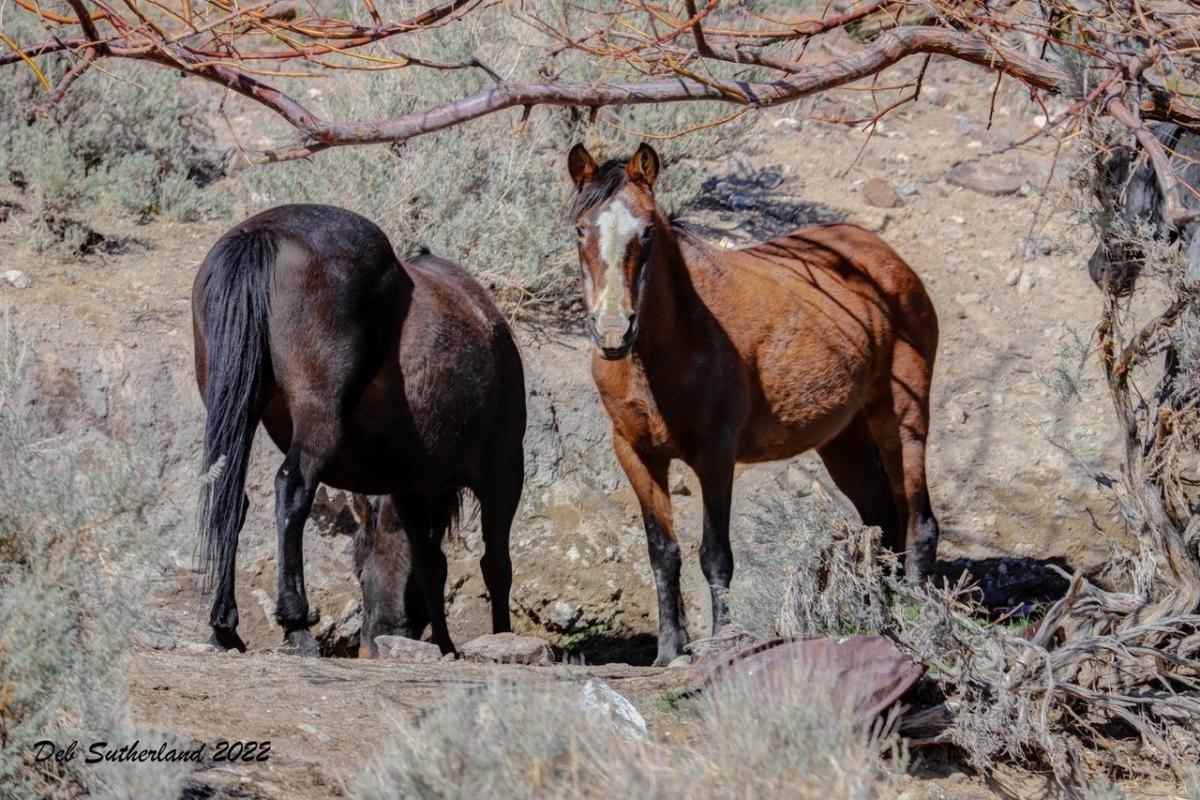 I knew for sure that I had never seen the light bay mare with the funny face but I figured that if I took a lot of photos I could look them up in the database and they would be easy to find.  So I followed them to the spring where I knew they would stop, take drinks and rest in the shade of the trees.

As I hiked over to the spring with my camera, I said my usual chant, “face, feet, left side, right side” to remind myself of the important identification images needed. At the spring, I kept my distance and peered through my longest lens so I could see if they were bothered by me or not, and they weren’t. I realized this was most likely a new band in our area.

While I was photographing this new band, a group of six energetic bachelors tried to invade their space at the spring.  As I watched the band’s interactions I noticed that the blue roan stallion kept the chestnut stallion at a distance from his mares, allowing him to follow the band.  As the bachelor band got closer I was sure the blue roan stallion was going to chase them away, but to my surprise, it was the chestnut who went flying over to fight the young aggressive group of boys! 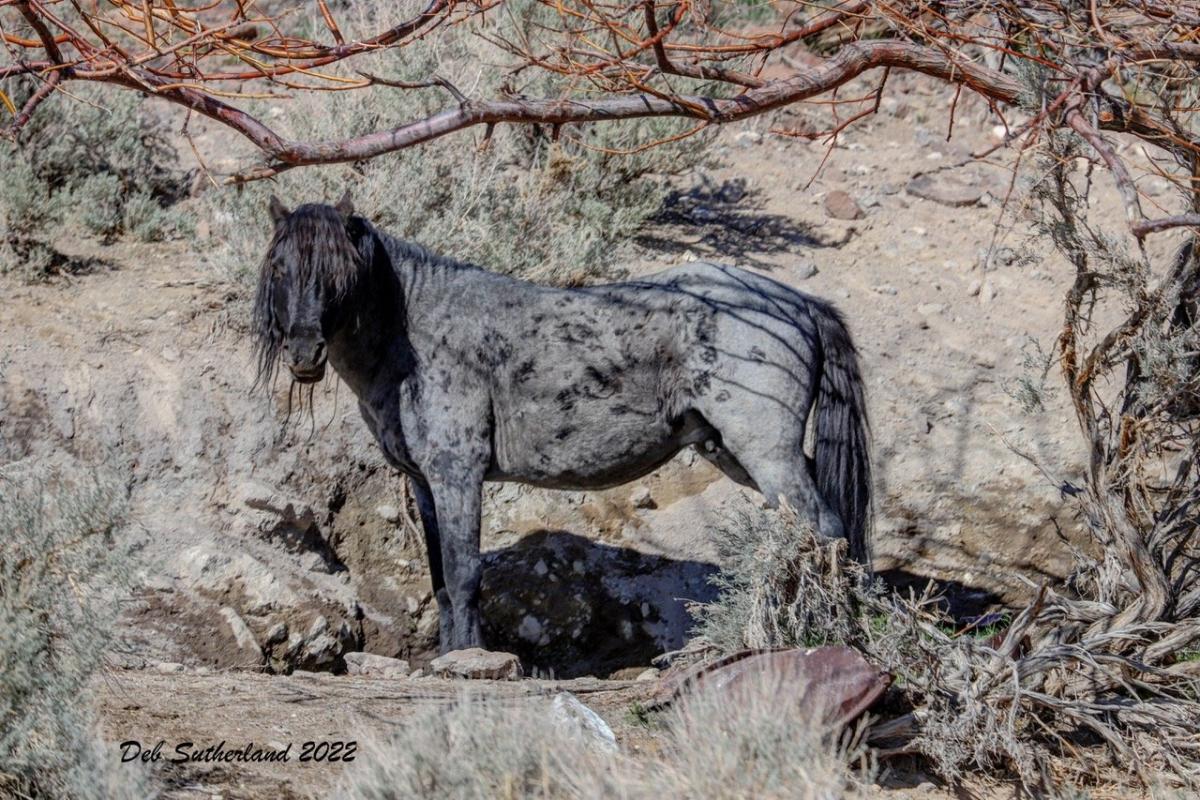 I had never seen a stallion run so fast for such a long period of time!  The chestnut charged at all six bachelors taking flight with all fours off the ground the whole time!  This went on for quite a long time until finally, all six bachelors retreated to another area of the range. The chestnut ran back to the spring and rested outside the shade where his band was still gathered. I could see he was foaming at the mouth and his body glistened with sweat!  It was clear that this stallion was the lieutenant for the blue roan. 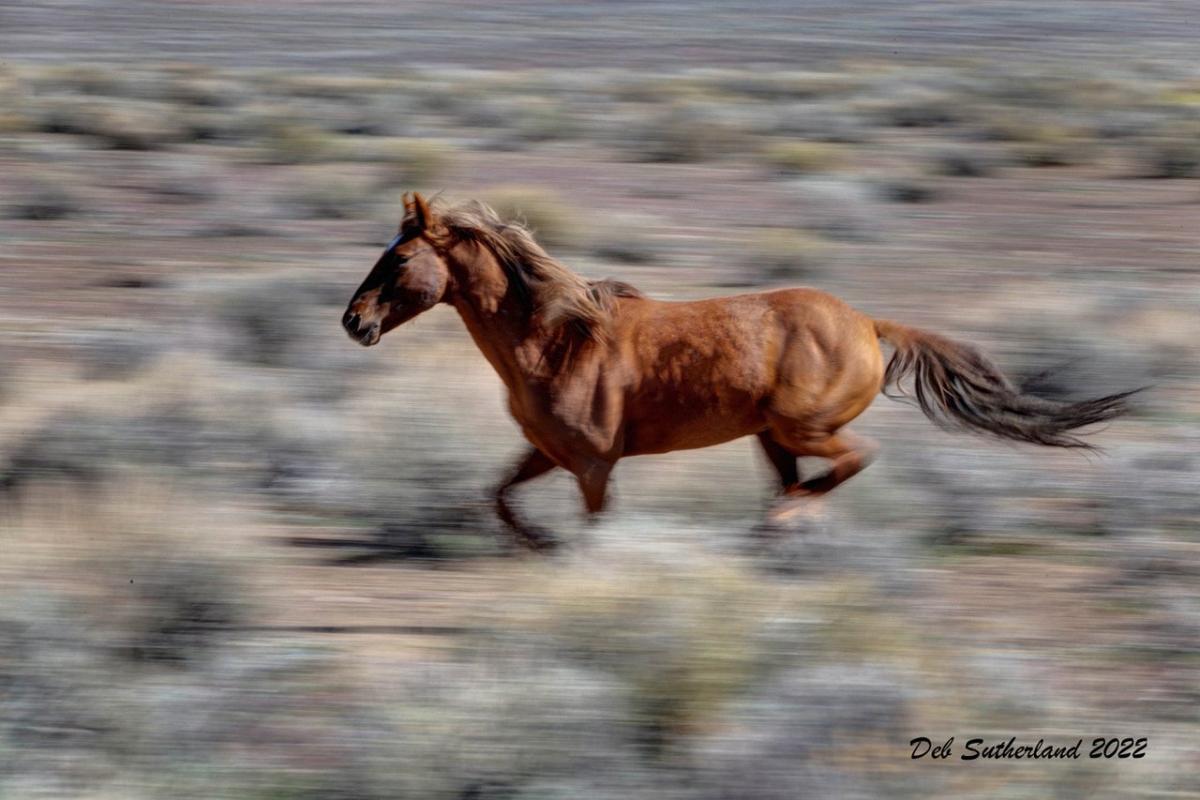 As for the identification of this family band, that wasn’t as easy as I imagined it would be.  At first, we thought the chestnut was Pinocchio who hadn’t been seen for over two years. He looked like the chestnut’s twin but still, we weren’t positive. Then a few weeks later it was realized that he wasn’t Pinocchio because Tracy saw both the chestnut and Pinocchio on the same day! Since the chestnut was new to us and due to his supersonic running abilities we named him Velocity.

The blue roan stallion was named Granite, the bay mare with the funny face was named Ahlgren and it was discovered that the very dark bay mare was already in our database and was the missing horse Bangs.  A few months later Bangs gave birth to a beautiful black filly with a white star! As for Velocity, he’s still fighting Granite’s battles and following them wherever they go.