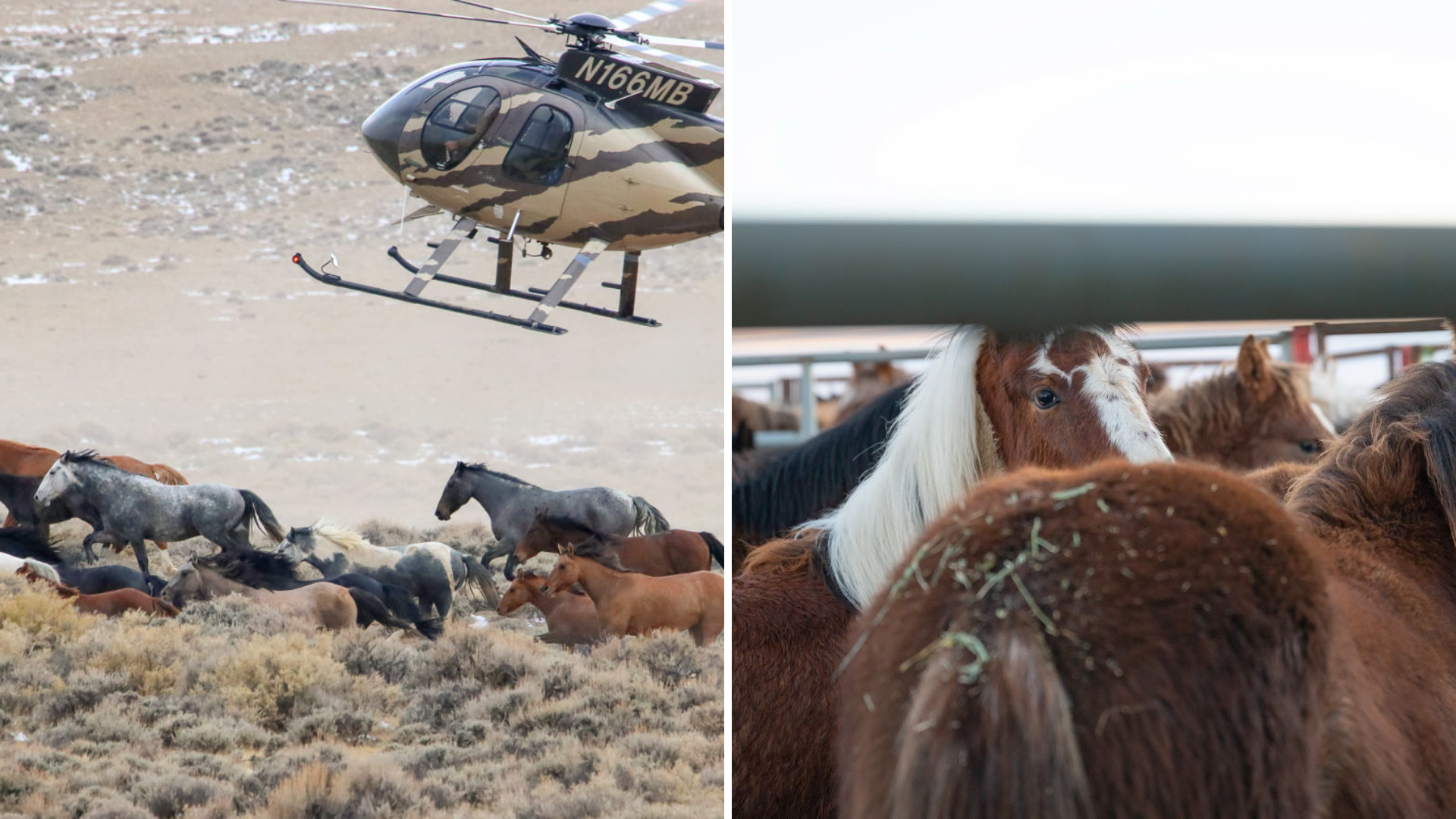 The records of animal deaths were obtained by the American Wild Horse Campaign (AWHC) via the U.S. Freedom of Information Act. The horses were removed from the Great Divide Basin Herd Management Area (HMA) during the first phase of a Wyoming wild horse roundup conducted by the U.S. Bureau of Land Management (BLM).

The BLM officially reported the deaths of six mustangs following the roundup in the Great Divide Basin, which took place from October 5, 2021 to  November 7, 2021, but didn’t release any information regarding the deaths of animals once they were removed from the range and transferred to holding facilities.

“What we typically find is that while BLM touts a very low death rate at roundups, the death toll of the horses removed in the first 30 to 90 days skyrockets,” said Grace Kuhn, Communications Director of AWHC.

She said the organization files for disposition records on horses 30 days, 60 days, and 90 days following roundups.

“In this case, the number of deaths after roundup is extremely high and alarming, especially since BLM professes to treat our wild horses humanely and claims that these operations are safe for them,” she added.

The federal records show that in addition to the six wild horses that died during the roundup, 43 animals died or were euthanized afterward while in holding at facilities in Wheatland and Rock Spring, Wyo. 33 horses died in the first 30 days alone. According to the records, eight horses were “found dead in pen,” while others died from colic, undiagnosed respiratory issues, or other causes of an undiagnosed nature.

Four horses died as a result of spinal and leg fractures. And 19 were euthanized by the BLM due to conditions listed as “lameness,” “clubfoot” and “dental abnormalities.”

“These records show the harm inflicted on wild horses as a direct result of being rounded up and removed from public lands,” Kuhn said. “It’s not just the helicopter stampedes that destroy these animals but also the holding facilities where they are sustaining lethal injuries, suffering from infections, and being euthanized by the agency for non-life-threatening conditions.”

The roundup in Wyoming was the largest on record, with more than 3,500 animals permanently removed from the range. Four additional wild horse herds were removed during the operation and AWHC expects the deaths to rise significantly as it receives the records on those captured horses. The Bureau has announced more of such operations in the West for 2022, with plans to remove an unprecedented number of horses from the range including from another area in Wyoming where the agency plans to decimate the populations and implement a controversial surgical sterilization program.

The National Academy of Sciences in a BLM-commissioned report noted that the agency’s population limits were unscientific and it called on the BLM to use humane fertility control to manage horse populations instead of roundups. The cost to dart a mare with the safe and effective PZP vaccine to prevent pregnancy according to the BLM is $220, while the agency states that the cost to round up a horse from the range and warehouse it for life is up to $50,000.

“All of the evidence shows that roundups are costly and ineffective, in addition to being cruel,” Kuhn concluded. “Our nation can, and must, do better to protect and preserve our wild horses.”