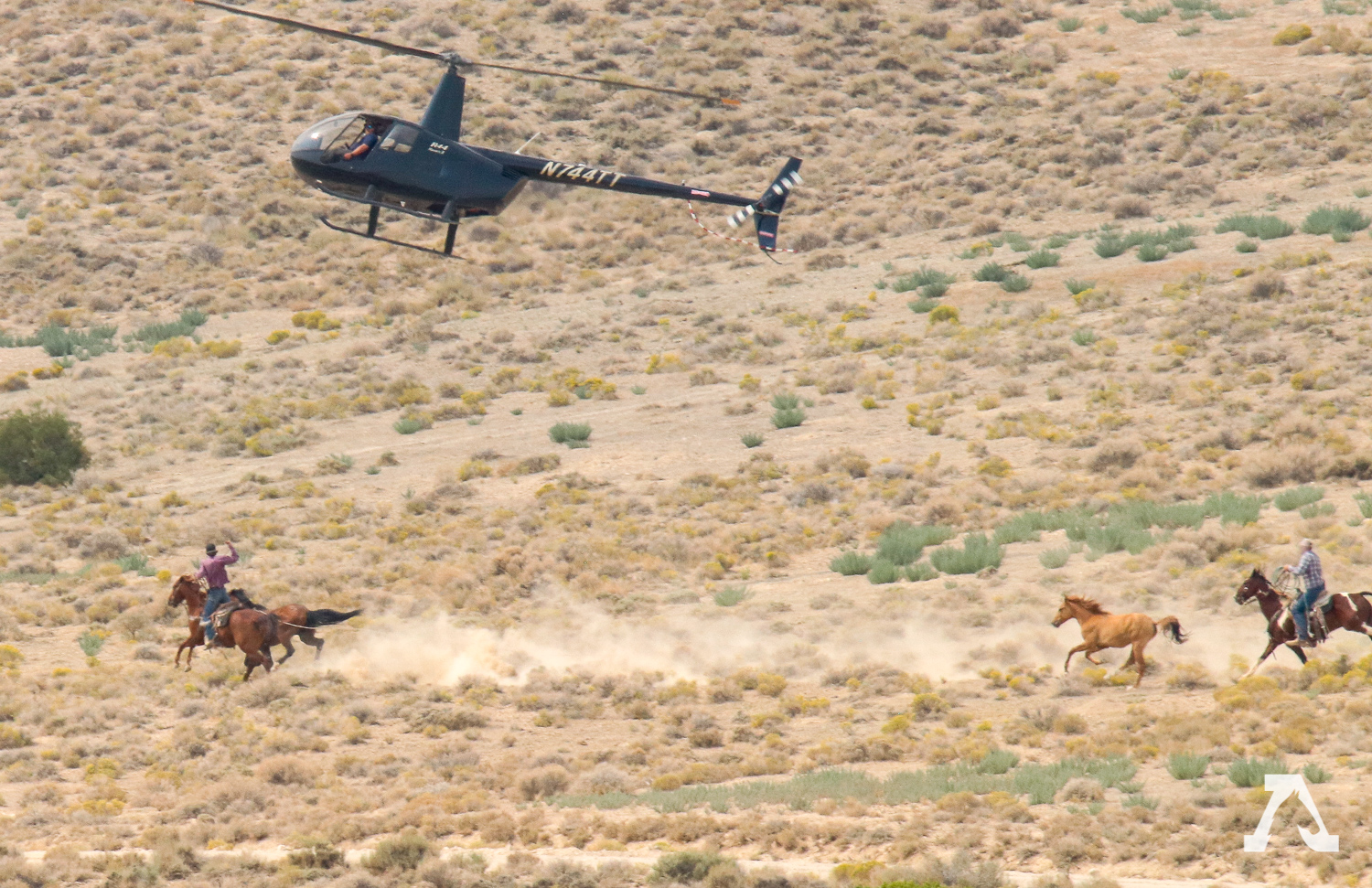 The documents show private livestock companies making millions via their roundup contracts with the BLM. Examples include:

Conditions at these short-term holding facilities are notoriously harsh: crowded feedlot pens that offer little to no shelter from extreme summer heat or winter winds, snow, and cold.

In addition to these short-term corrals, the BLM ships horses to 42 privately owned long-term holding corrals, including:

The ranchers get access to this public land cheap, thanks to government subsidies. For example, the cost of grazing a single cow-calf pair on private land in the West is about $23 per month. But the grazing fee for a cow-calf pair on leased public land is $1.35 per month. As a result, the BLM’s grazing program loses millions of dollars each year. In fiscal year 2017, the bureau spent $79 million on the grazing program but took in only $18.3 million in grazing fees.

The livestock industry uses this big money to press the BLM for further roundups, ballooning the BLM’s Wild Horse and Burro Program budget from $19.8 million in 2001 to $116 million in 2021, despite critical reports from the National Academy of Sciences, General Accountability Office, and the Office of Inspector General that have labelled the program as costly, inefficient, and ineffective.

In addition to the wild horse program, the livestock industry benefits from a $133 million predator control program within the USDA that lethally removes mountain lions, wolves, coyotes and other animals for the benefit of cattle and sheep grazers.

“This giant federal entitlement program is funneling hundreds of millions of our tax dollars annually to the livestock industry at the expense of  wild horses, burros, other wildlife and our public lands,” said Suzanne Roy, executive director of the AWHC. “It’s time to end this government waste and require humane, cost-effective and scientific management of our federally-protected wild horses and burros, which 80 percent of Americans want to protect.”

The National Academy of Sciences in a BLM-commissioned report noted that the bureau doesn’t use science when determining how many wild horses should be allowed to roam the range, and it called on the BLM to use humane fertility control to manage horse populations instead of roundups. The cost to dart a mare with the safe and effective PZP vaccine to prevent pregnancy according to the BLM is $220, while the agency states that the cost to roundup a horse from the range and warehouse it for life is up to $50,000.

Please contact AWHC for further information on these findings. You can see more information from AWHC’s analysis here.