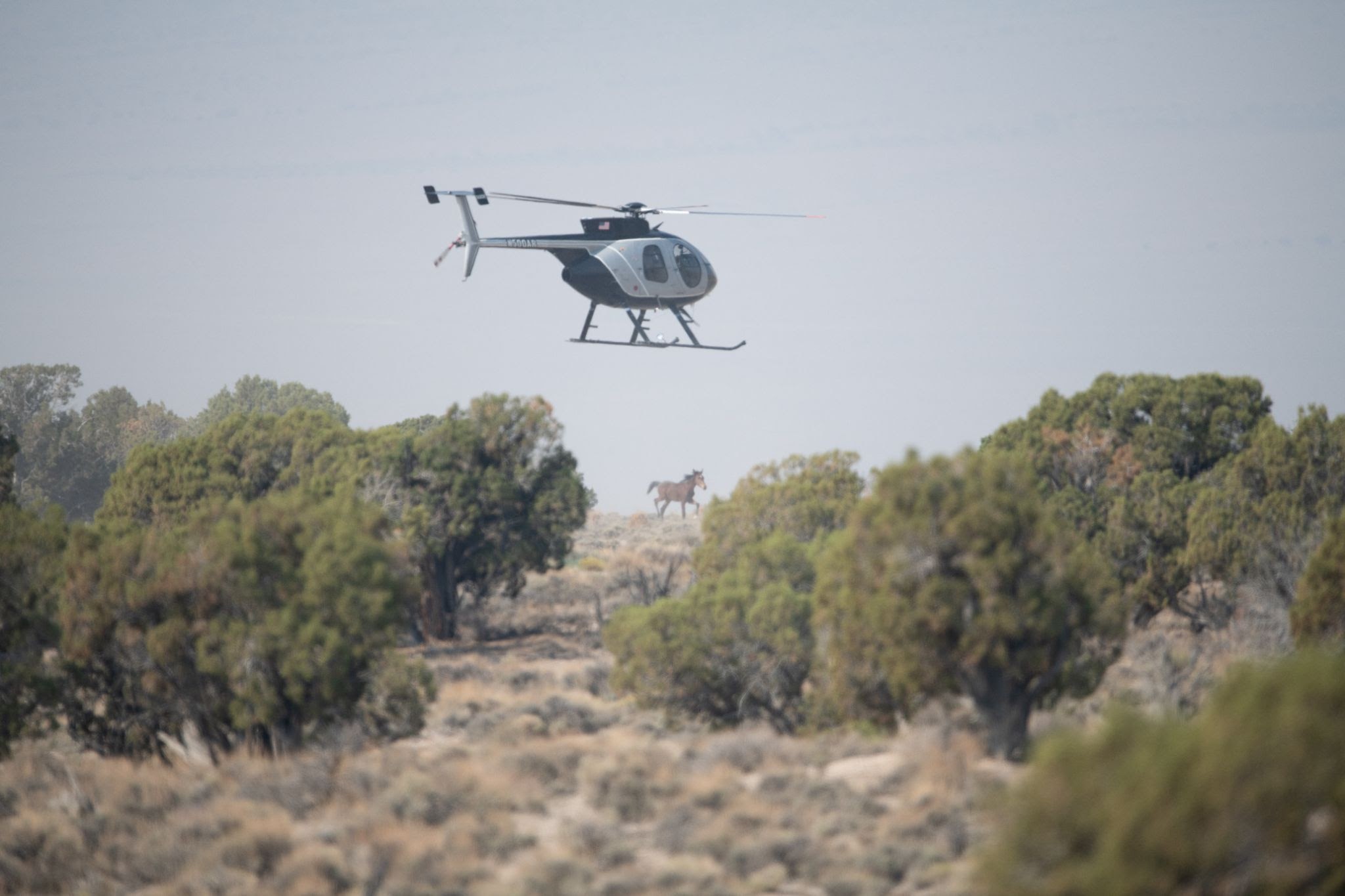 In a letter addressed to Secretary Haaland dated May 5, 2022, the representatives expressed their concern for the welfare of the captured animals, citing the ongoing Equine Influenza Virus (EIV) outbreak at the agency’s Cañon City, Colorado corrals that has resulted in the deaths of at least 129 wild horses and the spread of a highly infectious disease known as “strangles” at the BLM’s Wheatland Wyoming facility, where approximately half the population is experiencing symptoms and at least 11 have died as a result of infection.

“We urge the BLM to investigate the relationship between facility conditions and recent outbreaks,” U.S. RepresentativesTitus and Cohen wrote, “and consider halting further roundups until the safety of wild horses and burros can be guaranteed, both during the roundups and while they are corralled.”

The letter goes on to note that it is ‘no surprise’ that disease spreads so quickly in the cramped holding corrals and states that continuing with the BLM’s current plan to roundup and remove more than 19,000 wild horses and burros this year alone would be “ill-advised and a waste of taxpayer resources to hold additional federally-protected horses without knowing the impact of current conditions on their health.”

“We thank U.S. RepresentativesTitus and Cohen for their steadfast leadership in the protection and preservation of the nation’s wild horses and burros, both in the wild and in holding facilities,” said Holly Gann Bice, director of government relations for AWHC.

According to AWHC, the rampant spread of EIV at the Cañon City holding corrals is the deadliest disease outbreak in BLM history. The virus is primarily affecting Colorado’s West Douglas wild horses, who were only partially vaccinated or completely unvaccinated against EIV despite being in BLM care for nine months after their capture in July/August 2021. According to the University of California Davis School of Veterinary Medicine, there is a nearly 100 percent infection rate for a population of unvaccinated horses with no prior exposure to the disease, and states that the virus can mutate quickly.

“The recent disease outbreaks are further evidence that the federal government’s system of perpetually removing horses and burros year-after-year and stockpiling them in holding facilities is collapsing and endangering these cherished animals.” Gann Bice continued. “The BLM must change its management strategies to focus on implementing a robust fertility control vaccine program to keep wild horses and burros wild, and out of crowded holding pens in the first place,”

AWHC joins Congresswoman Titus and Congressman Cohen in their calls for a halt to wild horse roundups and an investigation into BLM’s Off Range Corrals before adding more animals to these facilities.