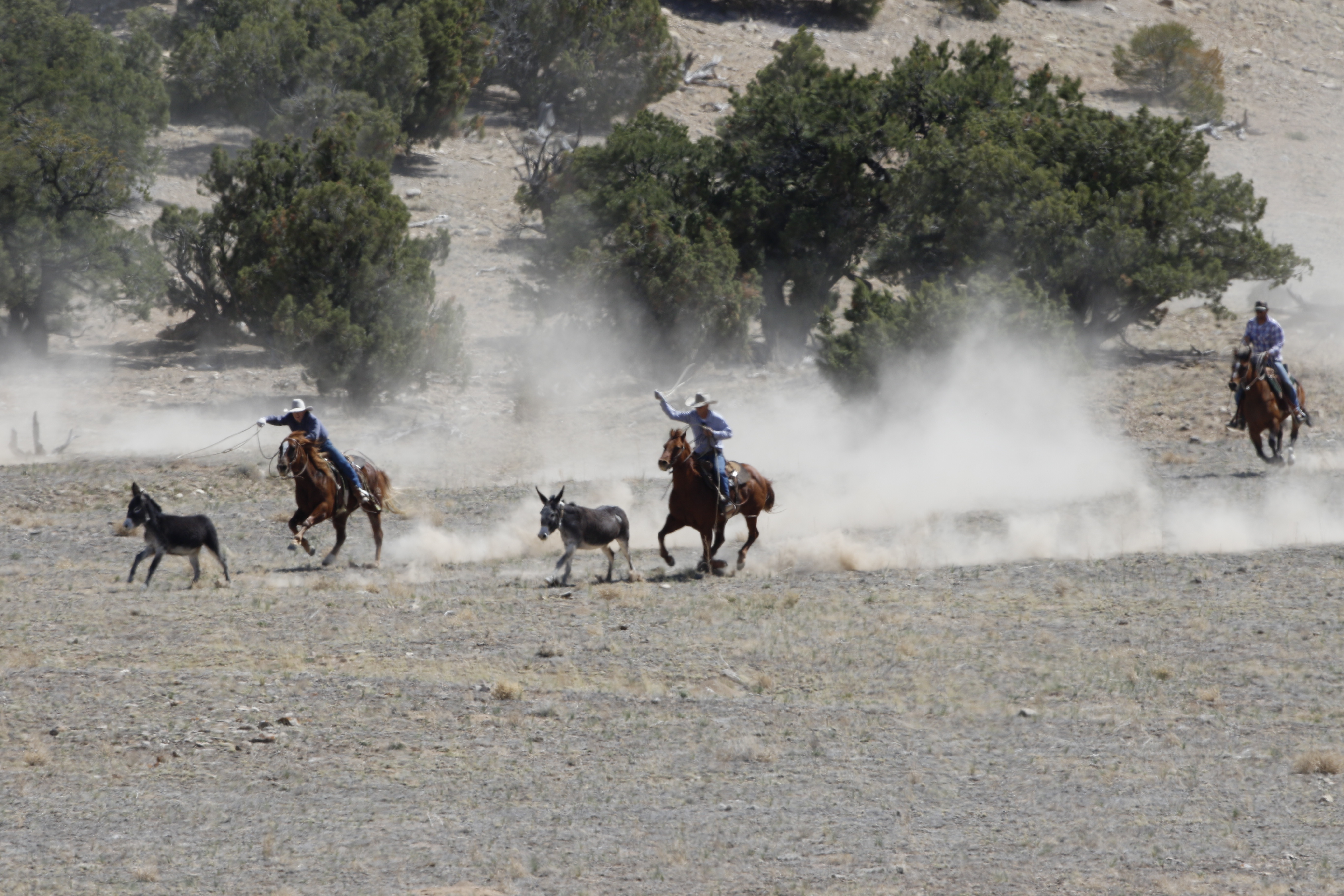 The Sinbad Herd Management Area (HMA) encompasses 99,241 acres of public and private lands and is currently home to 328 burros. As part of a 14-year-old plan, the Bureau of Land Management (BLM) set the appropriate management level (AML) for these burros at a mere 50-70 animals.

The BLM claims the burros are contributing to land degradation, but continues to ignore new scientific evidence showing that wild burros dig wells in desert environments, boosting the availability of water in desert landscapes across the American West.

Starting on April 30th, the BLM is planning to remove approximately 300 wild burros from this HMA using a helicopter to drive them into traps. The BLM may administer fertility control vaccines to approximately 20 jennies (female burros) who will be slated to be released. All burros captured will transport to the Axtell Off-Range Contract Wild Burro Facility.

The contractor for this operation is Cattoor Livestock, which is the BLM’s and U.S. Forest Service’s (USFS) helicopter roundup contractor of choice. Since 2006, Cattoor has made $26,196,838 from 153 contracts with the BLM and $2,410,617 from 5 contracts with the USFS, including contracts that extend through 2025.

The Sinbad roundup will cost taxpayers $139,980 in payments to Cattoor Livstockstock and the  lifetime cost according to BLM's own estimates will be approximately $14.4 million to house the approximately 300 burros for the remainder of their lives in government holding corrals

AWHC will have observers on-site to hold the BLM accountable.

The following report is a combination of AWHC’s field representative's recount of the operation who are on the ground at the Sinbad wild burro roundup.

The observation site was the same as yesterday (5/3/22). We were placed north of I-70 on top of a mesa about 200 yards from the trap. We had no view of the trap pen but a good view of the trap wings and the area around it.

The helicopter began flying around 6:45 am and there were five or six wranglers on the ground. Seven burros were roped and brought in by the wranglers. The animals were roped on the north and south side of the I-70 in areas that were not visible to us. BLM staff told us that a few of the burros refused to move after being roped, so they brought a trailer to their locations and loaded them on the spot.

There were no deaths or injuries visible to us, but the BLM later reported a fatality during the operation, stating that a “7 year-old male sustained a spinal cord injury after falling into a 5-foot drainage ditch he was trying to jump during gather operations.”

We visited temporary holding. The jacks were in one pen, and the jenny and her foal in another one.  Dr. Al Kane was on site. The burros were quiet and subdued. Their Body Condition Score was 4. BLM staff reported that many of the Sinbad burros had lice so they are quarantined at Axtell and being treated. 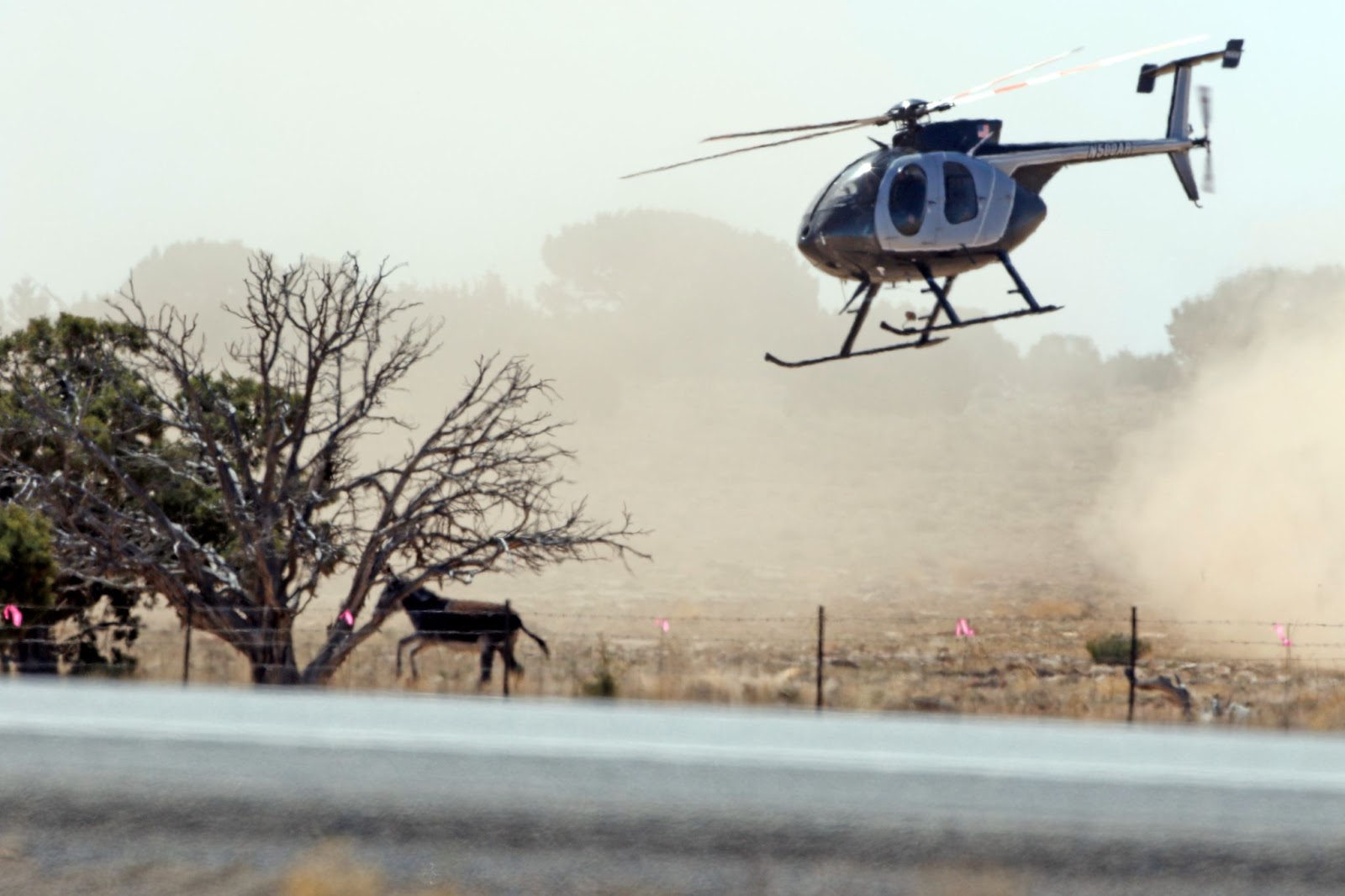 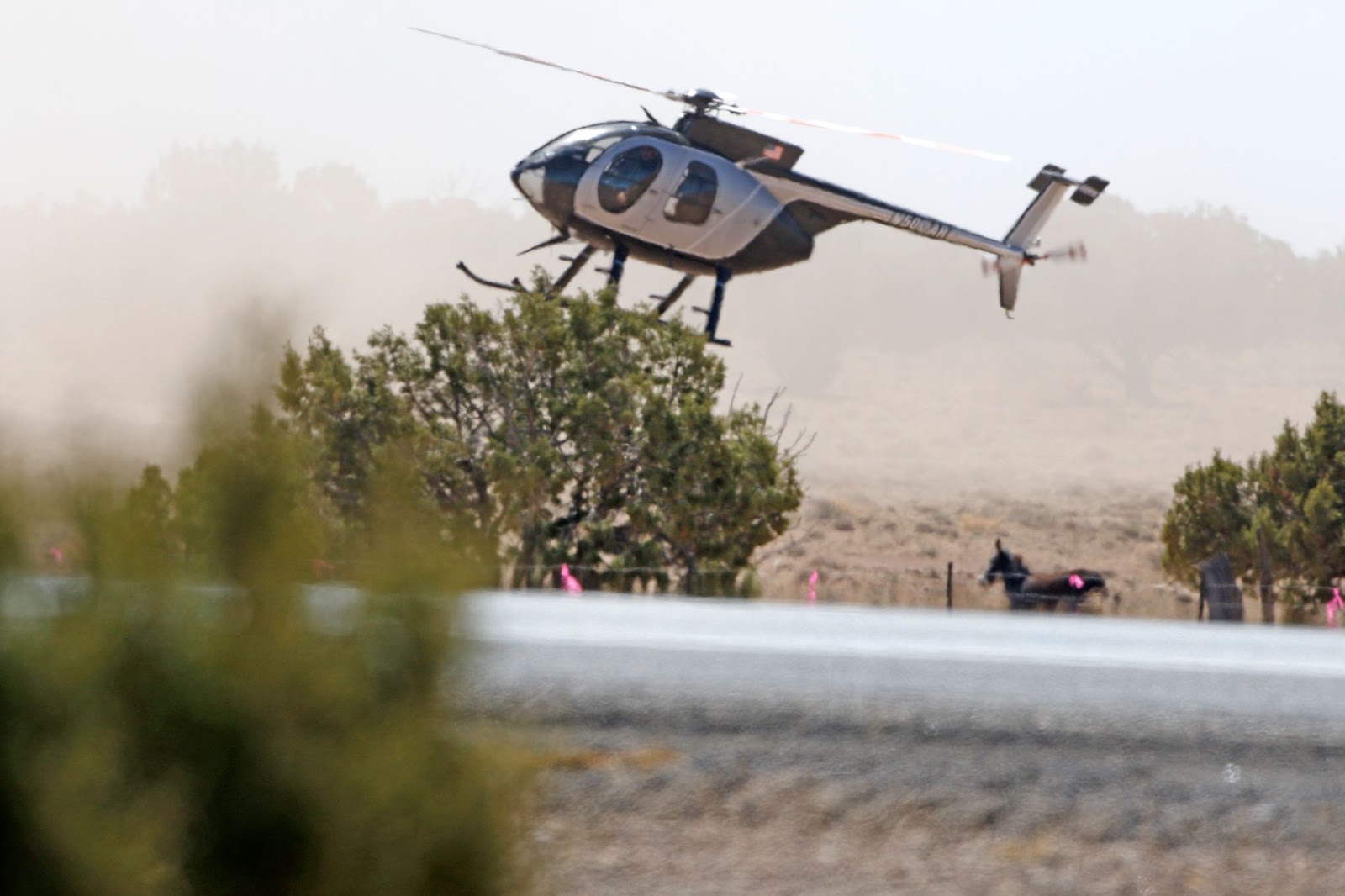 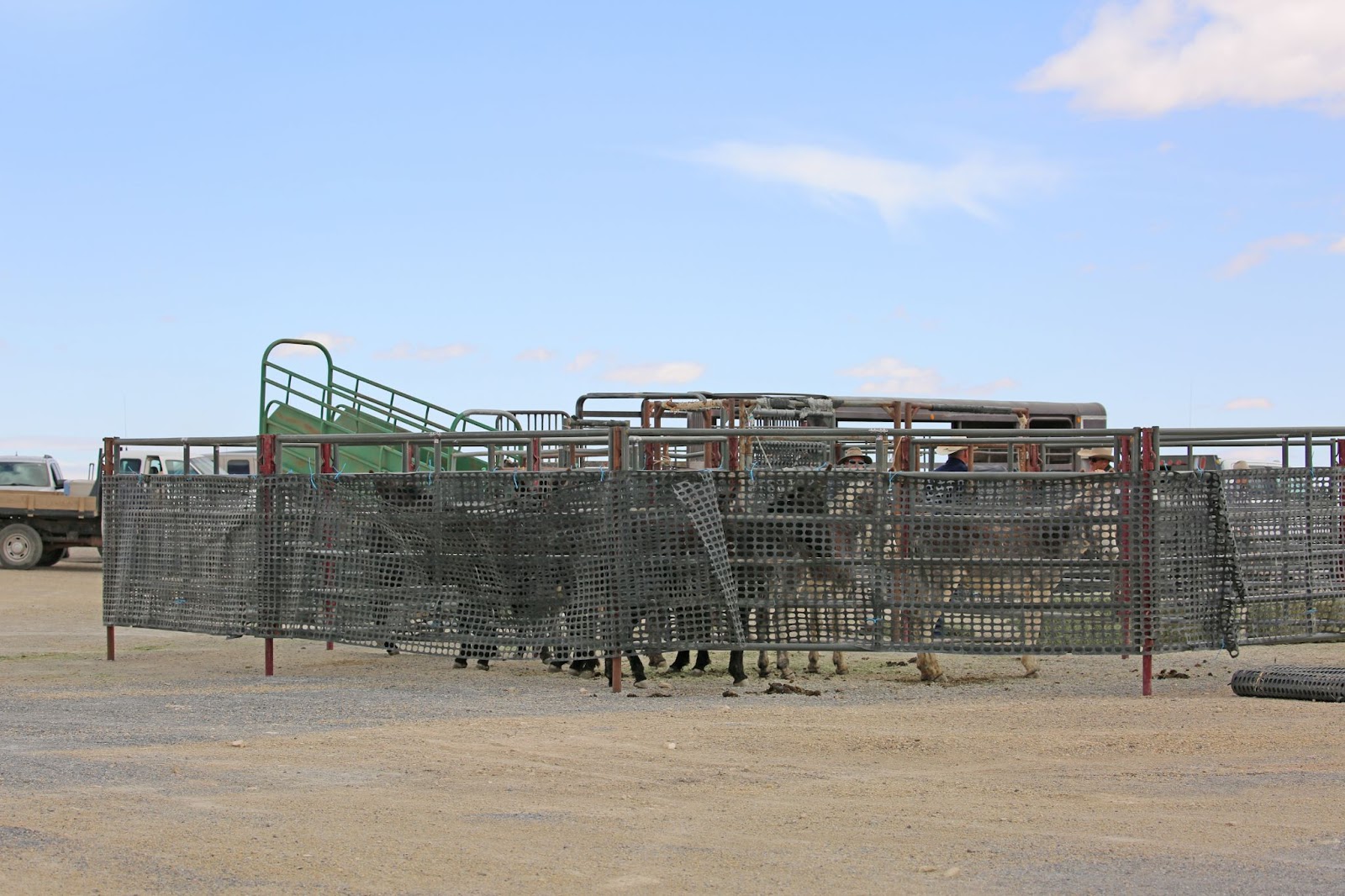 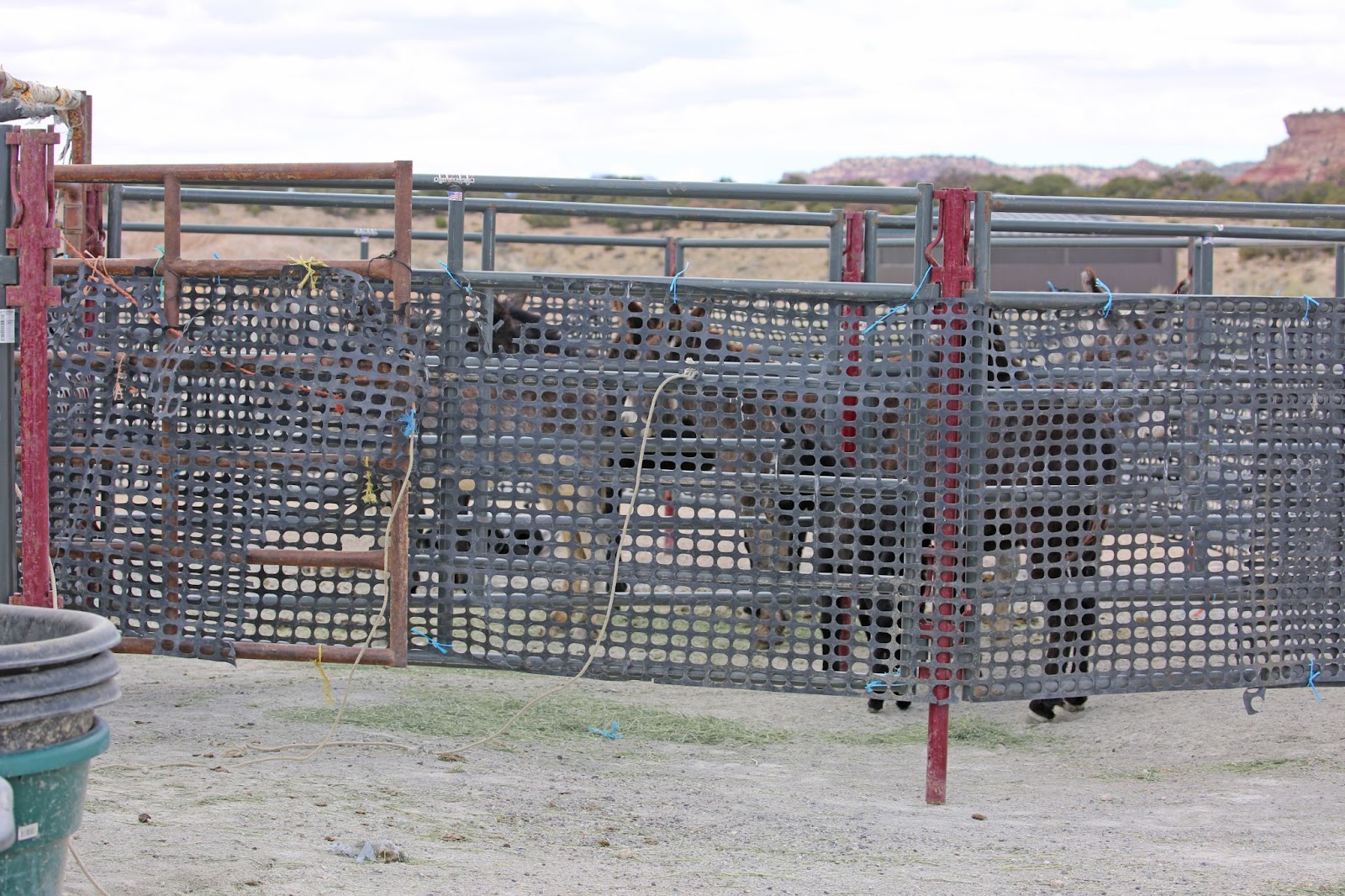 The following report is a combination of AWHC’s field representatives who are on the ground at the Sinbad wild burro roundup.

The observation site was the same as yesterday (5/2/22). We were north of I-70 and placed on top of a mesa, approximately 200 yards away from the trap. We could not see the trap pen, but had a good view of the trap wings and the area around it.

Today the roundup began at 7:30 am with one helicopter in the air and about five to six wrangles on horseback. There was only one run this morning and it only lasted about 15 minutes with six burros captured, two by helicopter, and four were roped. The burros were not being pushed towards the trap and did not appear tired. We were able to see two out of the four burros being roped. We couldn't see two of the burros who were roped as one was behind the trap, and the second on the other side of the mesa. From our observation, it seemed that at least two of the burros are pregnant. 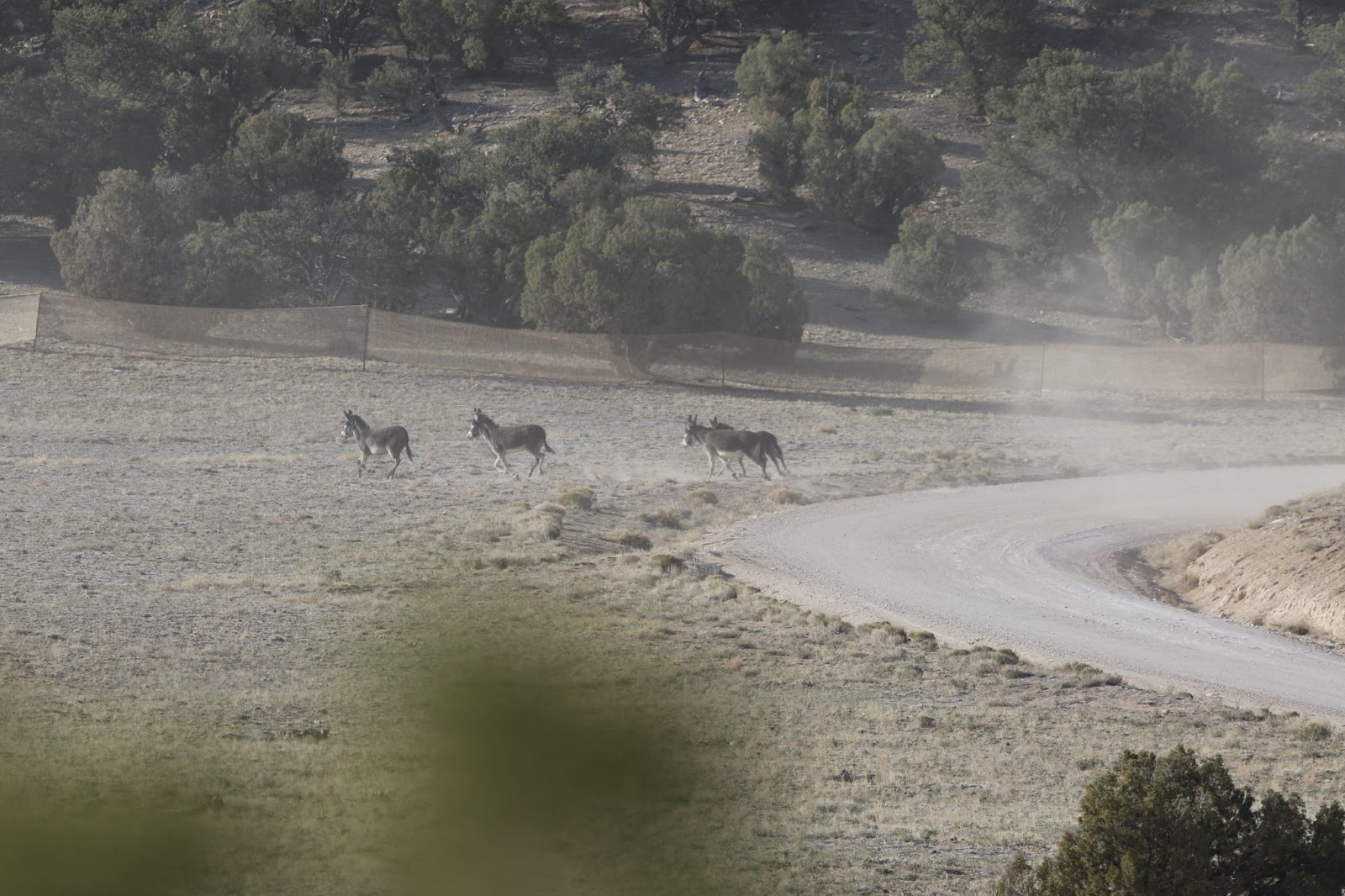 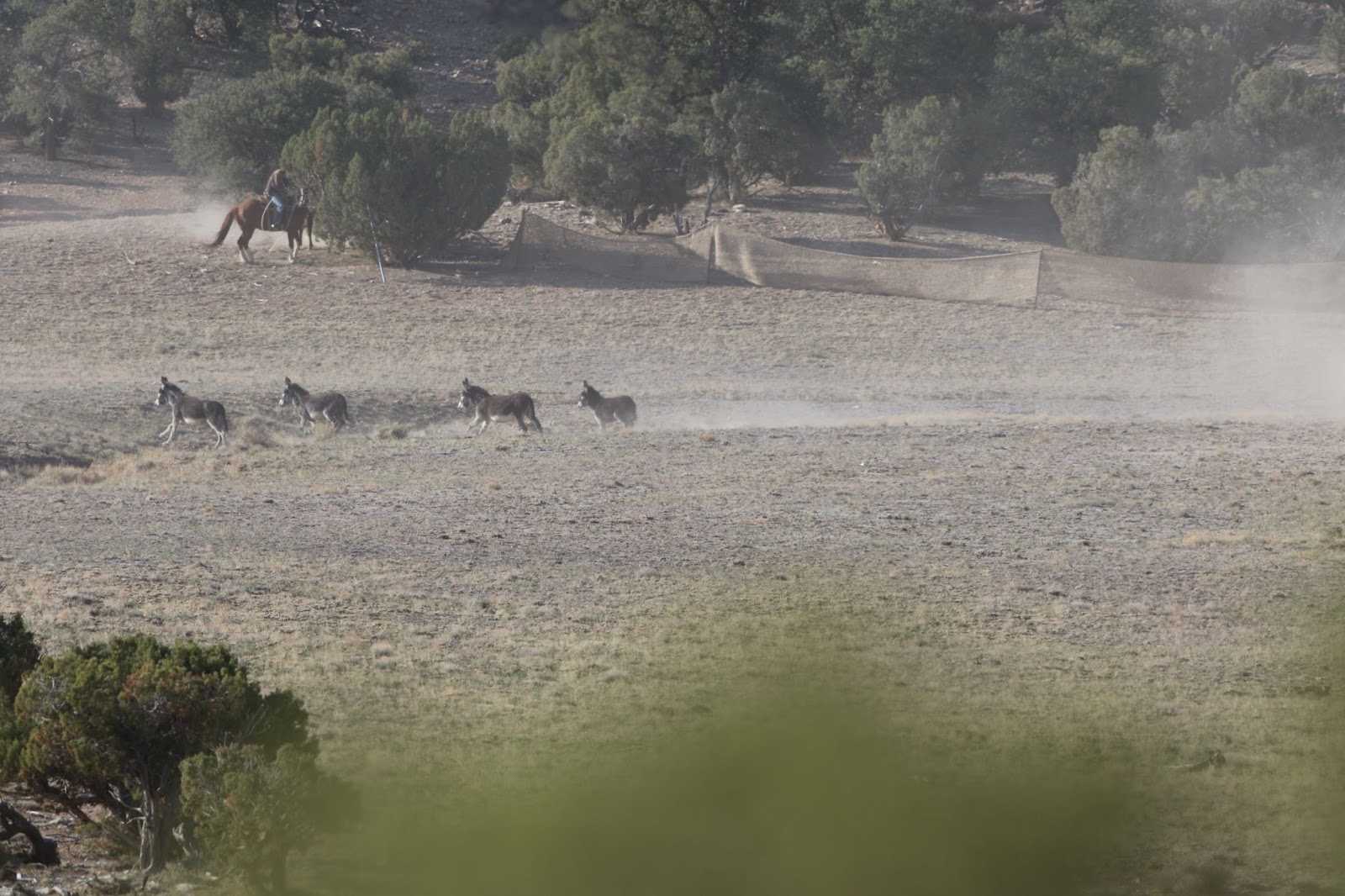 Today we arrived on-site at the Sinbad wild burro roundup in Utah. There were two members of the public observing the operation. There was one helicopter and 6 wranglers waiting to begin capturing the burros. Today, BLM staff Gus Warr and Lisa Reid were on site. Lisa confirmed that foal and jenny who were separated on Saturday were reunited at Axtell.

Today the trap was moved south of 1-70. We were placed on top of a mesa, approximately 200 yards from the trap. We had a clear view of the trap pen, the trap wings, and much of the area where the helicopter was driving the burros.  There were five runs at this location and 44 burros were rounded up and four were roped. At 11:15, the contractors took down the trap and moved to another location.

Around 1:25 pm, the roundup started back up, this time the trap was north of I-70. We were placed on the side of a mesa about 400 yards from the trap. We had no view of the trap pen but had a good view of the trap wings and the area around it. This afternoon, 9 burros were rounded up and 6 were roped.

Overall, some of the runs were short, and others seemed to be between approximately 2-3 miles. The helicopter didn’t seem to be pushing the burros too hard; most were moving at a trot and none appeared to be sweaty or exhausted. There were no visible injuries or deaths.

All captured burros were transported to Axtell holding. 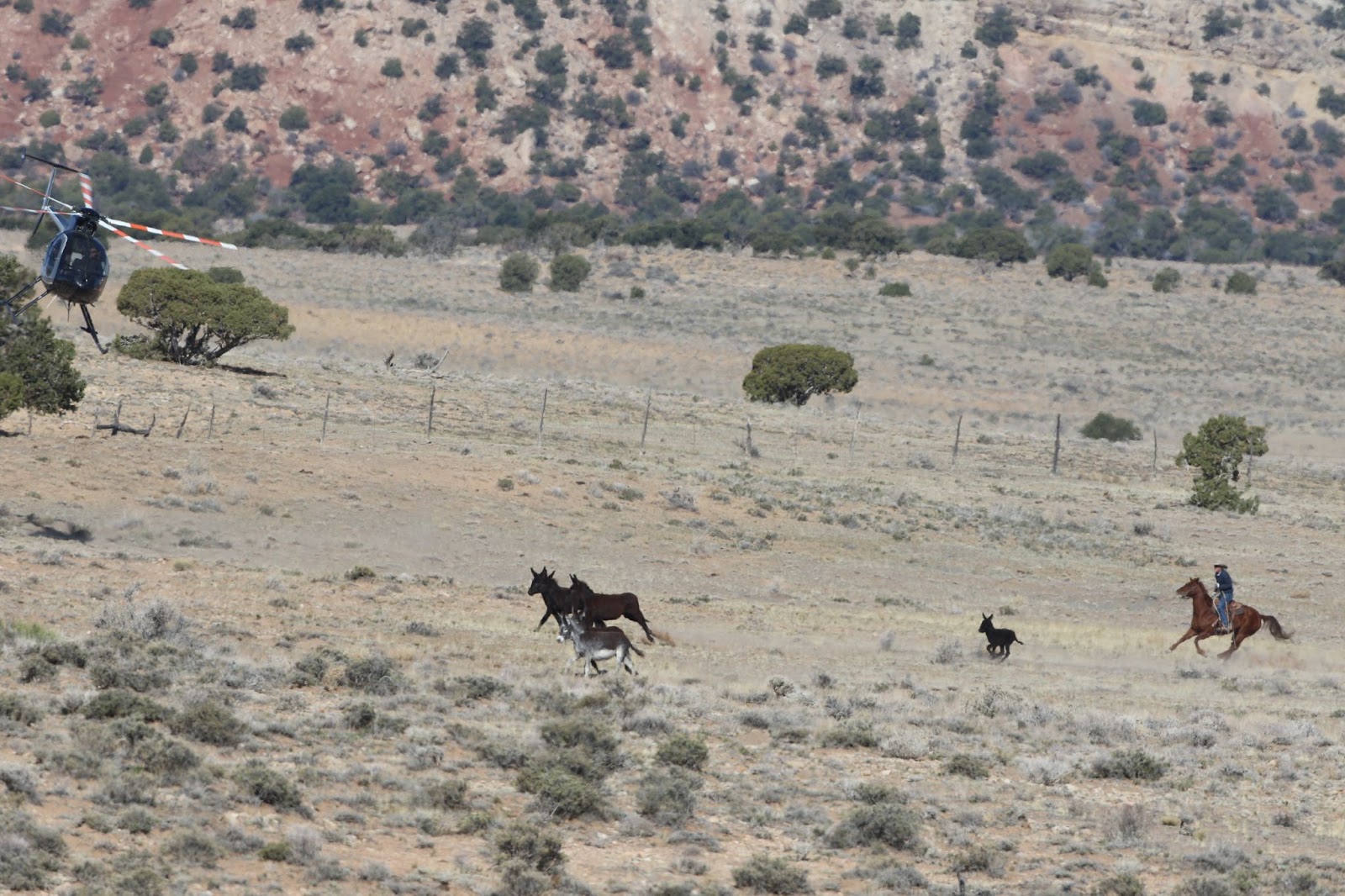 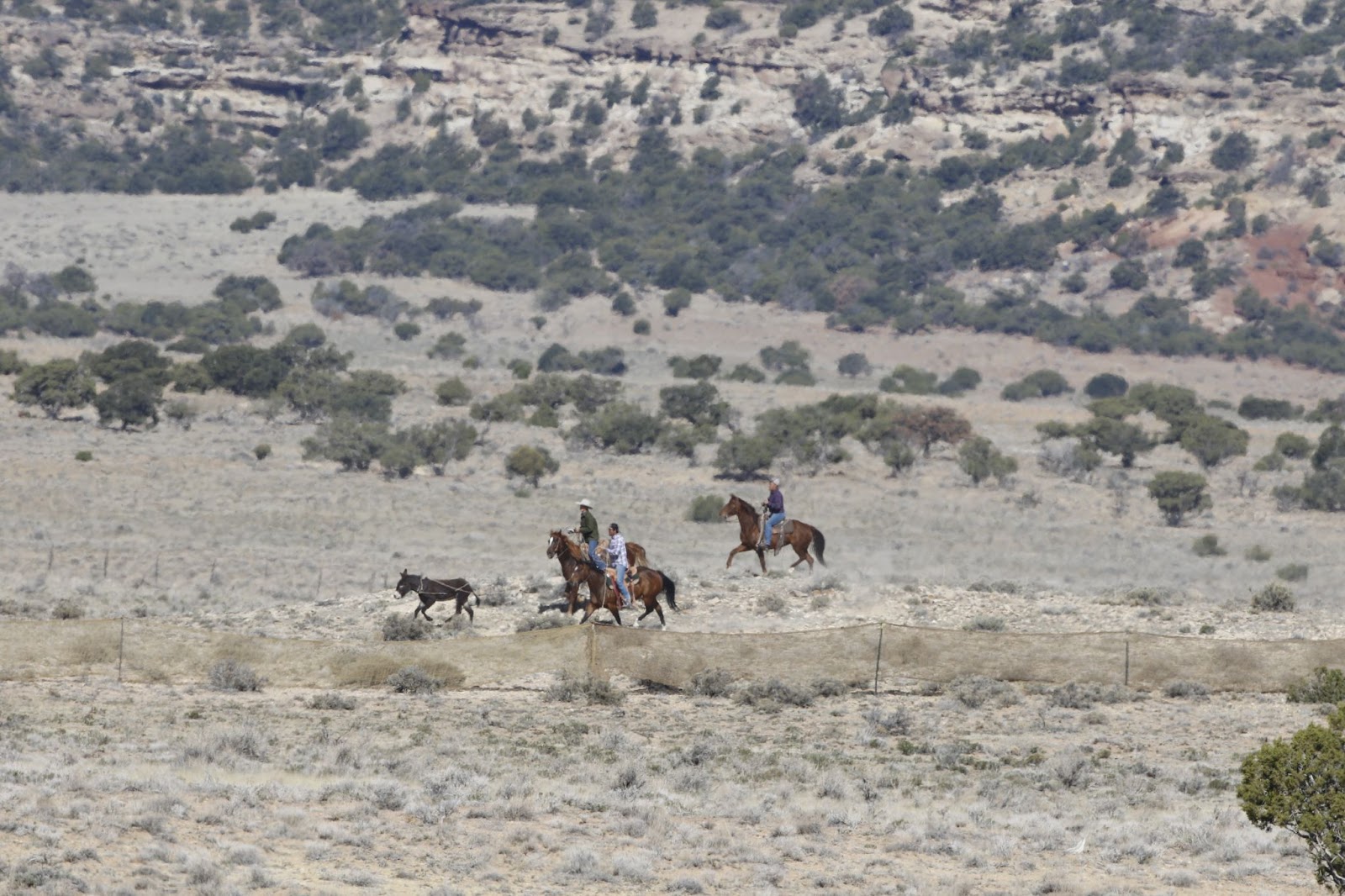 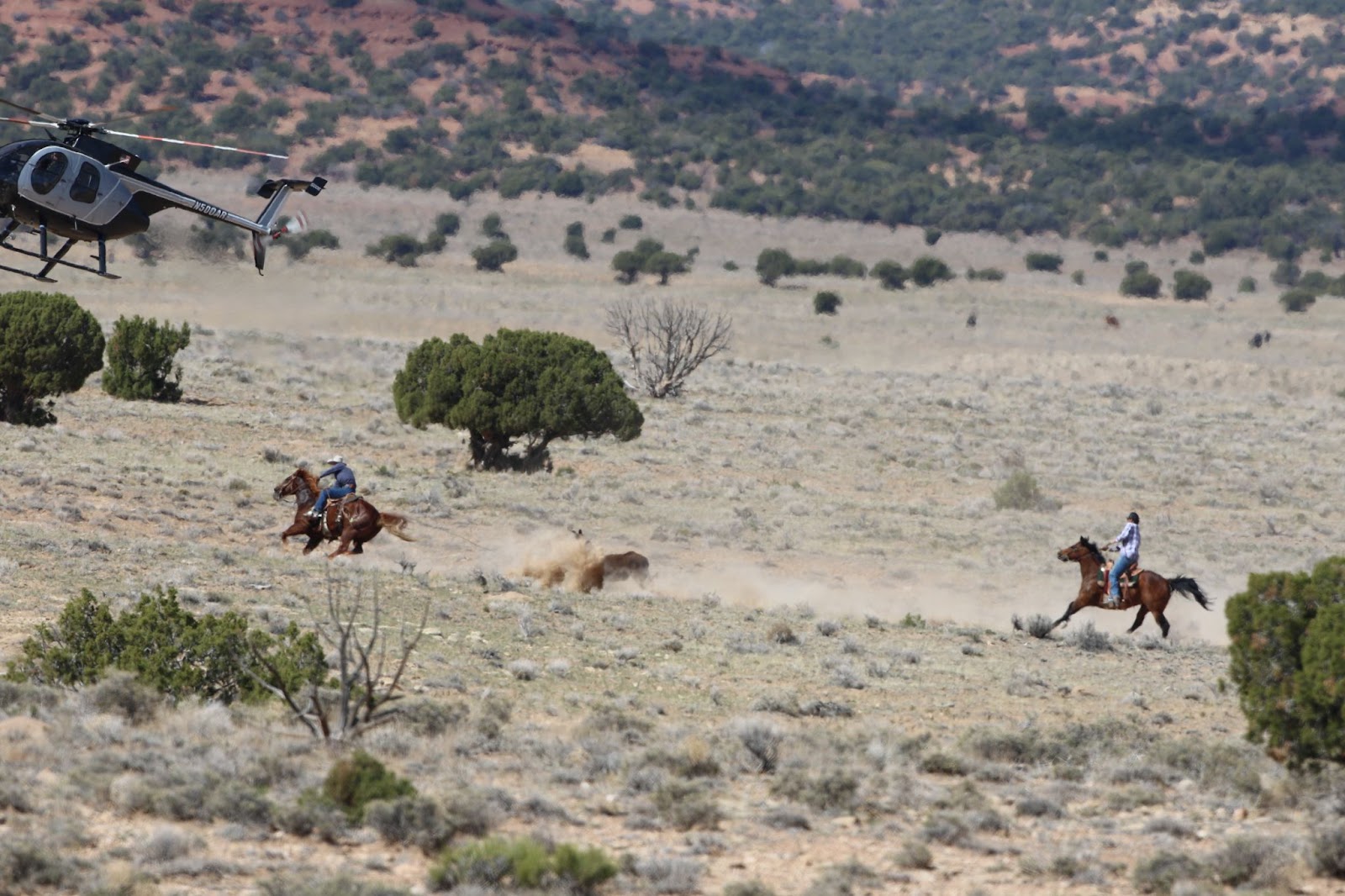 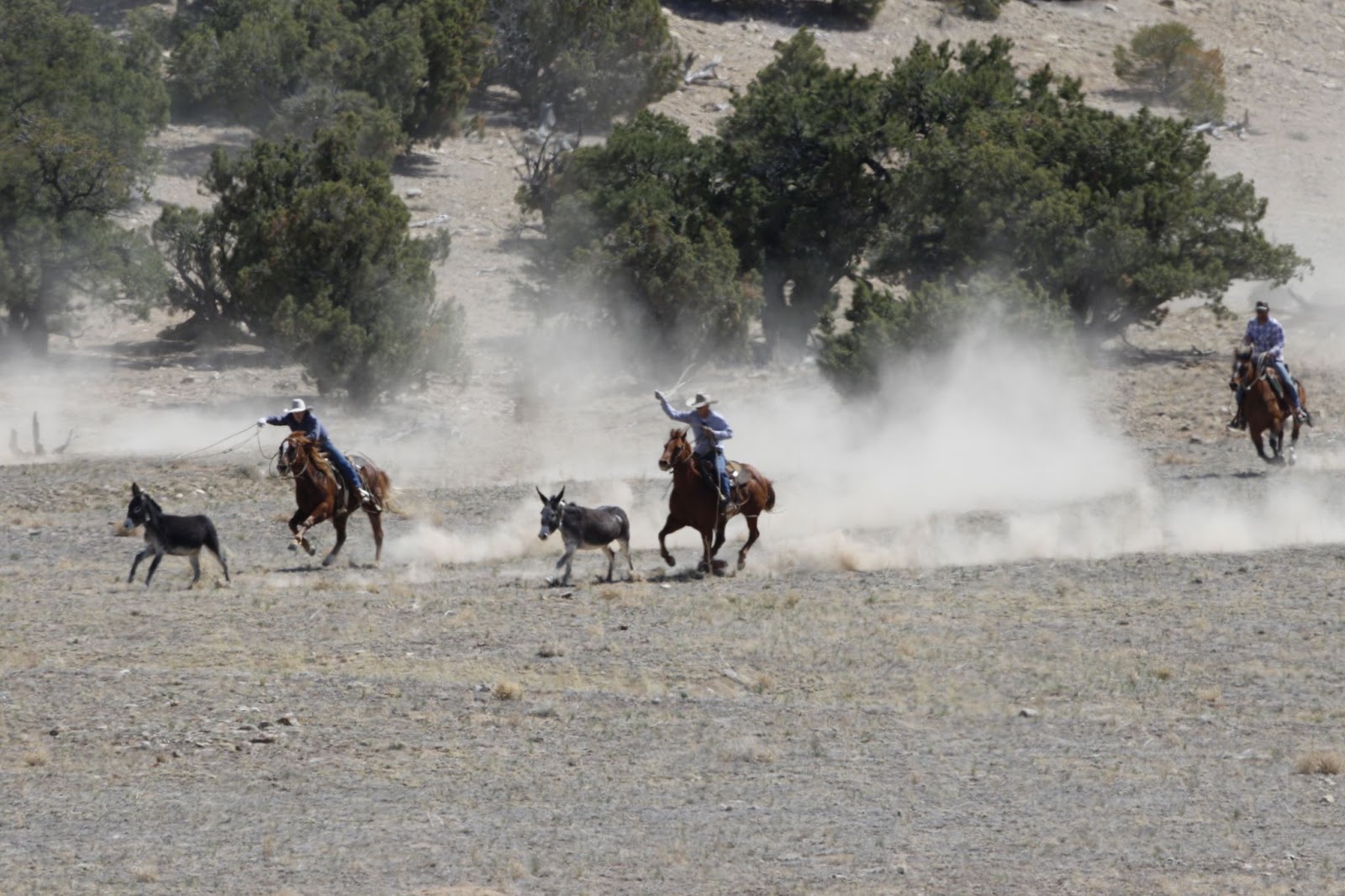 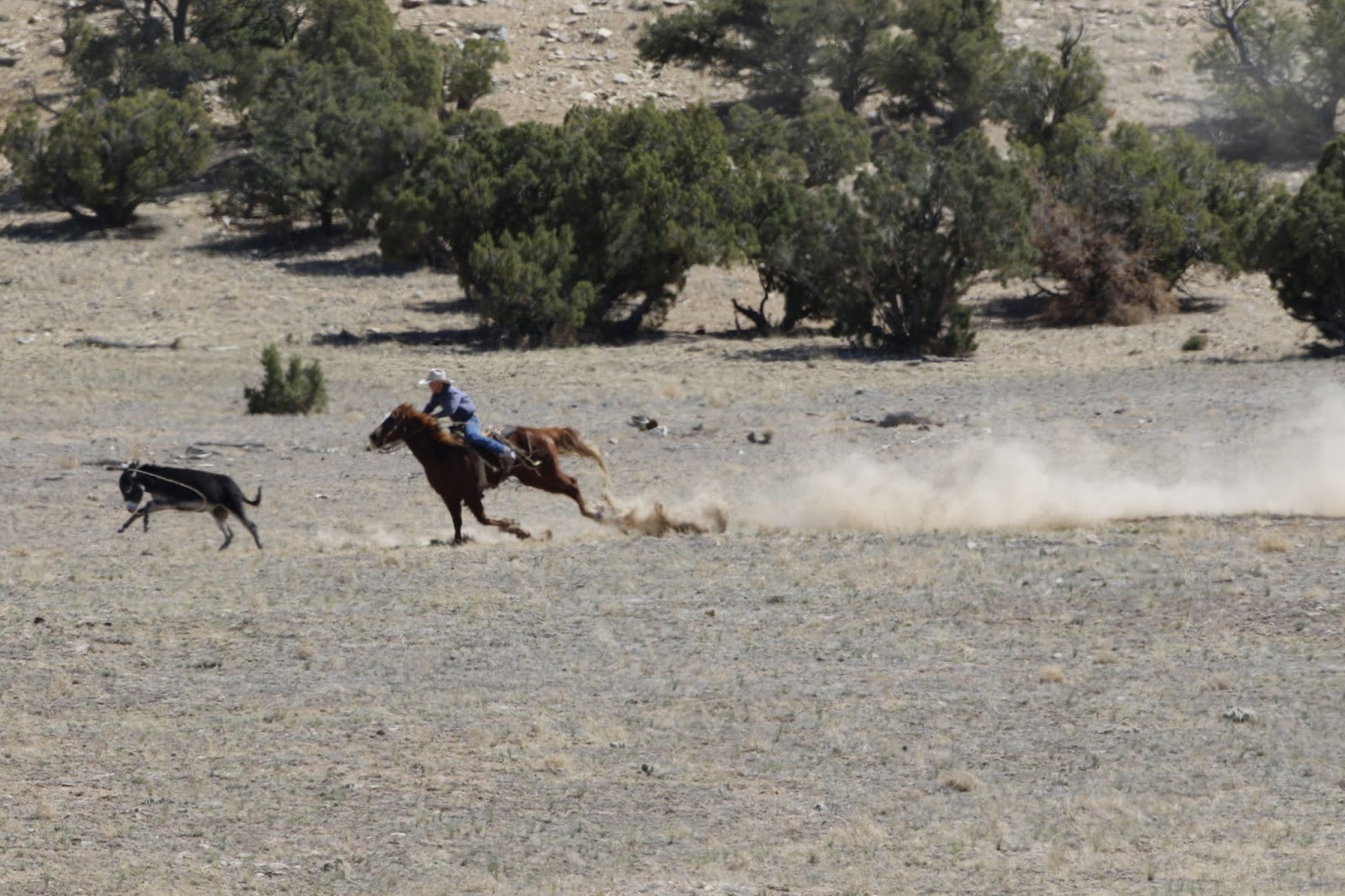 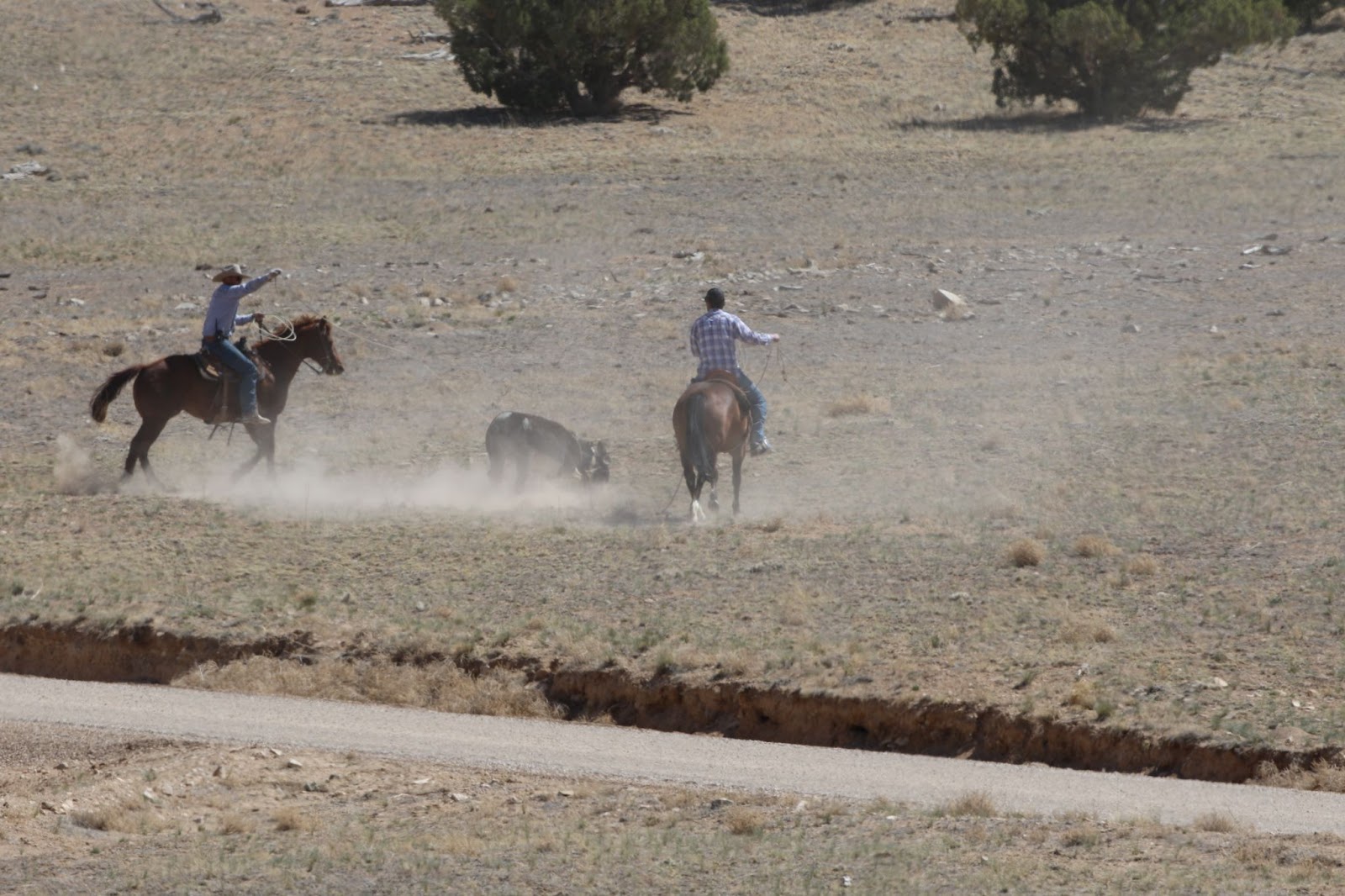 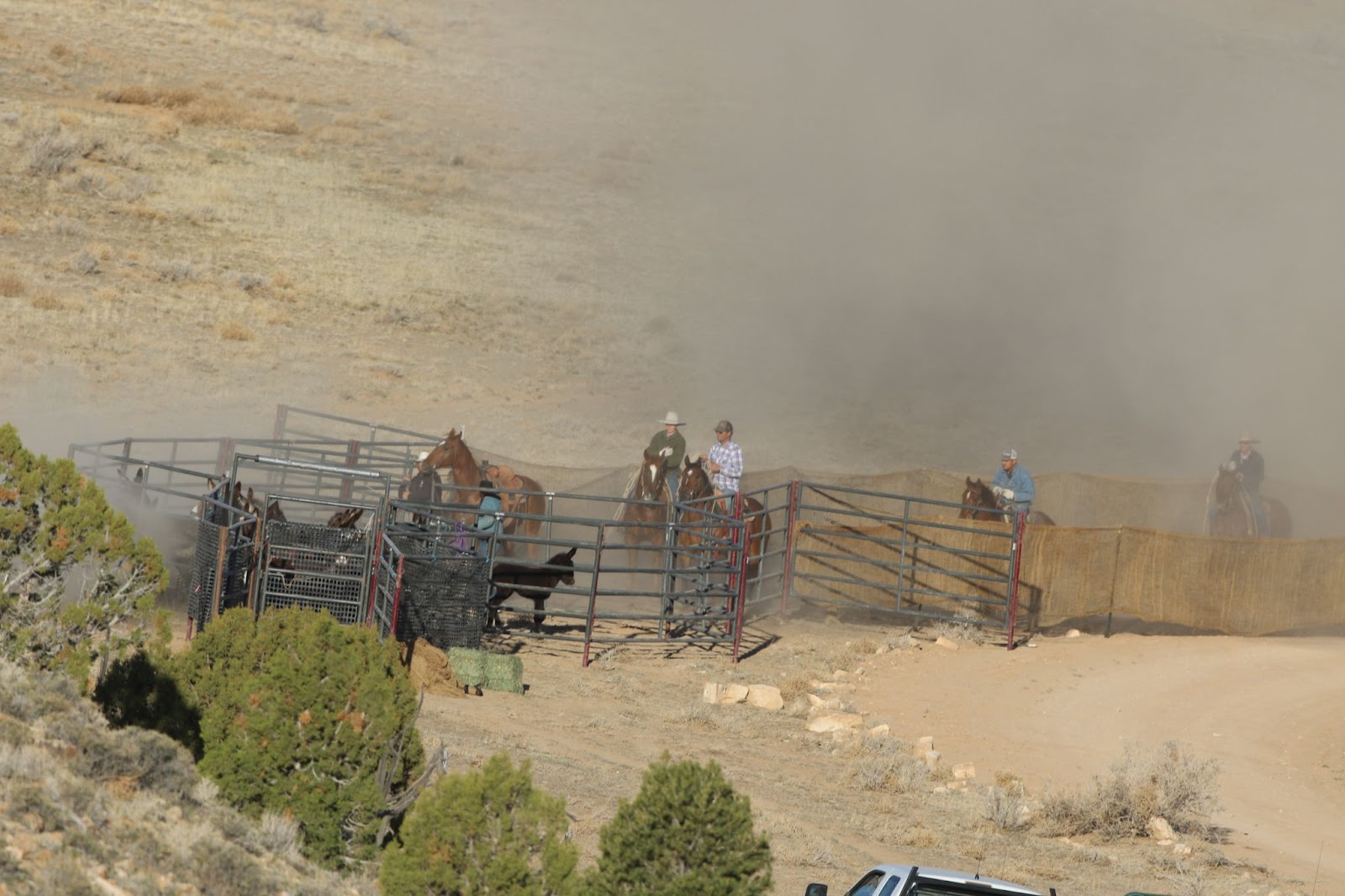 May 1, 2022: Four wild burros were captured today. There were no deaths.

AWHC had two field representatives onsite and was joined by 5 others including two staffers from Utah Senator Lee's office.

There were 9 runs of the helicopter, operated by Cattoor Livestock, which began at 7:35 am and ended at 1:17 pm. All burros appeared to be in body condition of 4 - healthy wild burros. Two helicopters were being used and there were 6 wranglers on horseback. 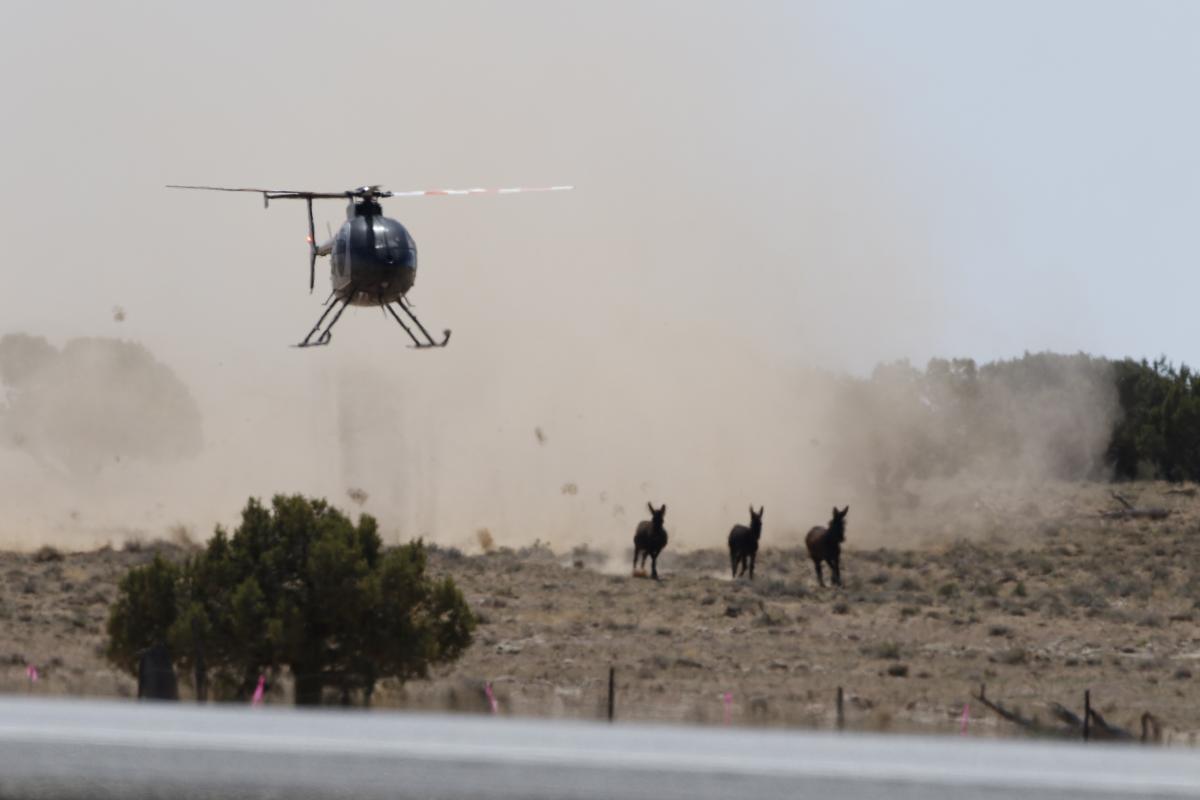 Only one trailer was at the temporary holding when we got there, and it had burros on it. All burros were taken to the Axtell corrals. 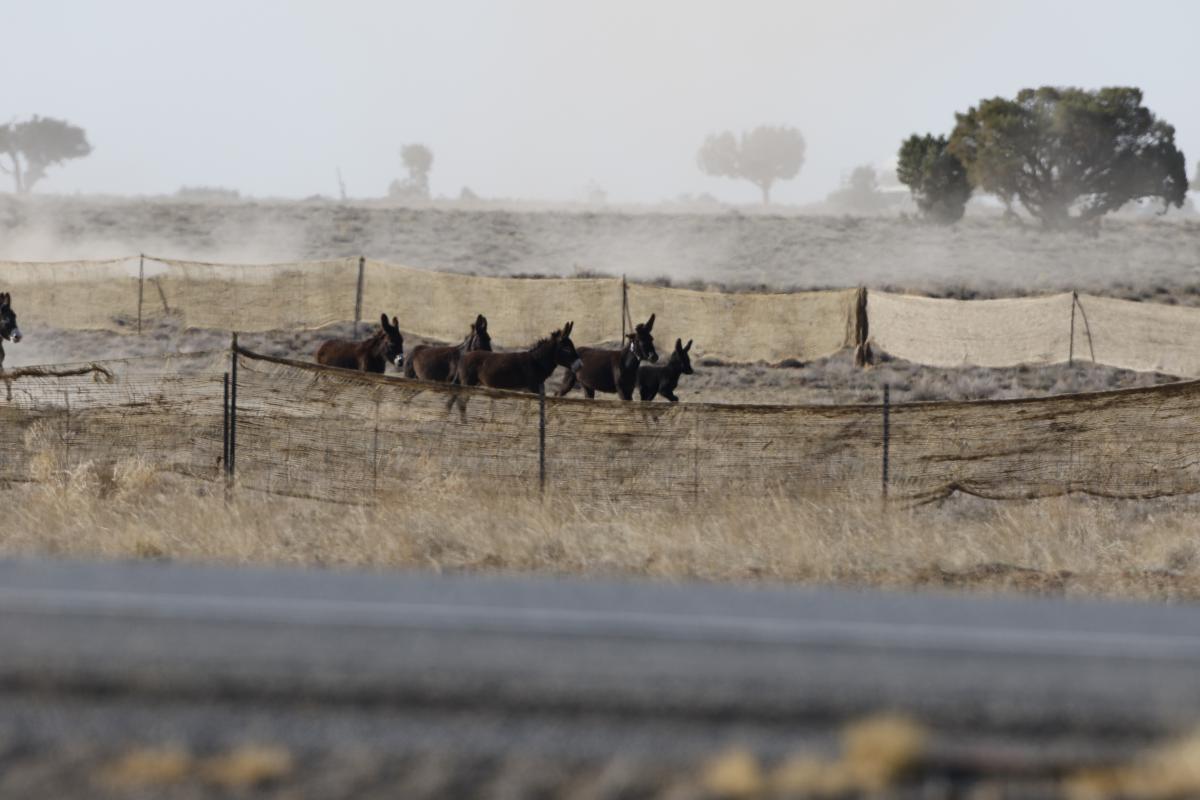 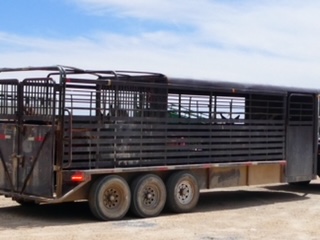