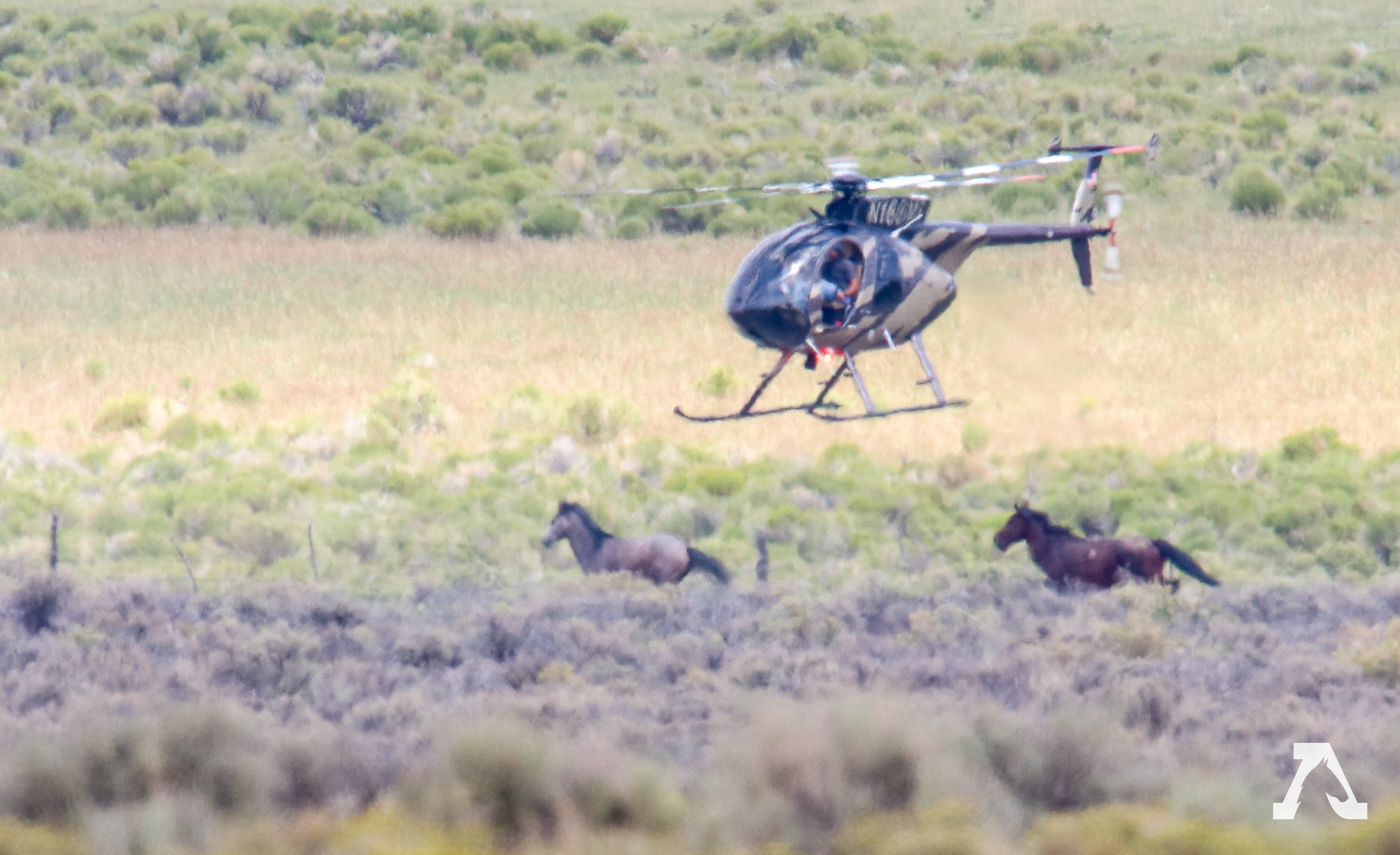 (August 3, 2021) The West Douglas Herd Area (HA) is in the same area as the 190,000-acre Piceance-East Douglas Herd Management Area (HMA), but the Bureau of Land Management has created the HA as an area not managed for wild horses, blaming the terrain and lack of summer range.

The BLM is conducting this operation with the designation of an “emergency” action. Meaning the agency is now claiming that there are limited water sources and deteriorating summer habitat as a result of the Oil Springs fire in the area necessitating an emergency wild horse removal action.

However, at the same time the BLM continues to authorize 713 cow/calf pairs to graze in the HA. There are currently two livestock allotments that overlap by 70% and 20% respectively, leading to 8,565 Animal Unit Months (AUMs) for livestock and none allocated for wild horses. It is time for the BLM to manage wild horse habitat for the wild horses.

​This roundup will cost the taxpayers at least $476,203 to just remove these beloved horses and will bring along with it the lifetime cost of approximately $22.5 million to house these horses for the remainder of their lives in government holding corrals. On top of that, the taxpayer foots the bill for federally-subsidized livestock grazing on public lands as well. The federal grazing fee remains at its historic low of $1.35 per animal per month. That’s a steep discount, thanks to the taxpayer subsidies that prop up this federal entitlement program. (Estimates indicate that the overall cost to taxpayers for the federal grazing program could be as much as $500 million annually.)

Special note: The BLM has tested 52 wild horses that were removed during this operation from an area near the Utah state line for Equine Infectious Anemia (EIA). EIA is a viral disease affecting only members of the Equidae family (horses, ponies, zebras, mules, and donkeys). In early July, the Utah State Veterinarian confirmed several cases of EIA near the state line. BLM reported that all 52 tested horses were found negative for EIA and that all horses sent to the Canyon City Wild Horse and Burro Facility will be kept separated from the rest of the animals until they are tested and cleared of any potential EIA. We are monitoring this issue and will provide updates as they become available.

August 13, 2021: 9 wild horses lost their freedom today. There was one death of a mare due to a "chronic" and "pre-existing" spine fracture.

August 11, 2021: 21 wild horses were rounded up and removed. There was one death of one wild horse due to a "chronic" and "pre-existing" leg fracture.

August 10, 2021: 20 wild horses were removed from the West Douglas HA. There were no deaths today.

August 9, 2021: 21 wild horses lost their freedom today and there were no deaths.

August 7, 2021: There were 19 wild horses rounded up today and one death. A stallion was euthanized for a fractured leg, which is noted as "chronic" and "pre-existing."

August 6, 2021: 22 wild horses were captured today and there were two deaths. One foal and one stallion were euthanized due to " chronic pre-existing conditions," which is noted as a lower leg fracture.

August 5, 2021:  There were no gather operations today due to helicopter maintenance.

August 4, 2021: 16 wild horses lost their freedom today and there were no deaths.

August 3, 2021: 32 wild horses were removed and one stallion was euthanized because of a fractured leg.

July 31, 2021: 36 wild horses were removed and there was one death after a foal was killed for "preexisting conditions".

July 30, 2021: 32 wild horses were captured and BLM notes that "1 foal was placed into foster care" however it gives no explanation why.

July 29, 2021: 29 wild horses lost their freedom today and there were two deaths: 1 stud with a pre-existing laceration on the back/soft tissue injury; 1 stud with pre-existing upper and lower limb injuries to left hind.

July 28, 2021: 55 wild horses were rounded up and remove and BLM notes that "1 foal was placed into foster care" however it gives no explanation why.

July 26, 2021: 28 wild horses were captured today and one horse was killed. The BLM euthanized a horse who was "blind in one eye".,