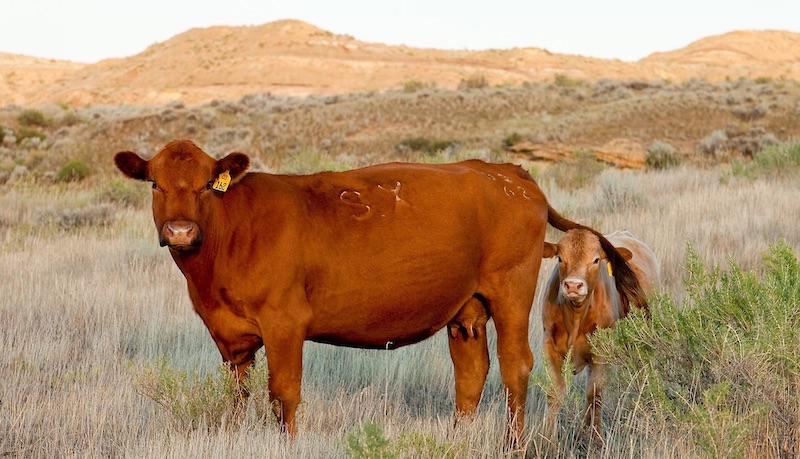 As a wildlife biologist whose scientific findings on large herbivore ecology have been published in a number of peer-reviewed scientific journals, I believe the contention that wild horses are the major land health problem, rather than domestic livestock, is fake news.

I am a former member of The Wildlife Society, and it is deeply disturbing that this once- science-based organization is today articulating a position that is directly in opposition to scientific findings. Its propaganda video on this issue parrots the counterfactual assertions of the livestock industry, and in doing so, The Wildlife Society discredits itself as a science-based organization.

Western Watersheds Project is the nation’s principle conservation group working to solve the problem of excessive riparian grazing on Lahontan cutthroat trout, and we find it deeply offensive that The Wildlife Society is irresponsibly blaming streamside overgrazing on wild horses, when in fact it is overwhelmingly domestic cattle that are responsible for damage to trout streams and streamside vegetation throughout the West.

Blaming wild horses for the very real damage to trout streams that threaten the survival of Lahontan cutthroat trout today is deeply disingenuous, and scapegoats relatively rare wild horses for problems that in truth are being caused by the domestic cattle that are a widespread environmental problem across the West. Domestic cattle concentrate in bottomlands and do the heaviest damage to trout streams. Wild horses can range 20 miles from water to forage, while cattle almost never forage farther than 2 miles from surface water, and more typically spend the lion’s share of their time very close to water. In Nevada, domestic livestock grazing occurs in the majority of habitat for Lahontan cutthroat trout (LCT). Livestock grazing occurs in more than 95% of the

The BLM typically directs ranchers to remove 50% of the annual forage production with their domestic cattle and sheep. This is standard and widely prevalent term and condition of livestock grazing permits. Based on WWP’s field monitoring across the West, actual levels of livestock grazing often exceed this 50% threshold. This level of domestic livestock grazing is far greater than the 25-30% maximum that the science demonstrates is the ecologically sustainable maximum that livestock should be able to remove and it results in government-sponsored overgrazing by domestic livestock. How can you blame wild horses for overgrazed western rangelands, when the cattle and sheep that graze the very same lands are taking half or more of the available grass?

According to Beever and Aldridge (2011), in the early 1700s there were between 2 million and 7 million wild horses in North America. Conditions at this time are considered ‘pristine,’ and North America thronged with native wildlife, many times more diverse and abundant than they are today. Today, BLM claims there are 88,000 wild horses in the West, whereas there are 2 million domestic cattle in addition to the domestic sheep that graze for at least part of the year on 63% (or 154 million acres) of BLM public lands. Wild horse Herd Management Areas make up only 10.8% of BLM lands (or 26 million acres). The Forest Service authorizes livestock grazing on 80 percent, or 74 million acres, of National Forest lands. Based on WWP analysis of BLM statistics, some 36% of grazing allotments for cattle and sheep on BLM lands are year-round, while on 64% they graze for a significant part of the year.

Based on a 2019 federal report, the most recent figure for livestock use (actual use, not the maximum permitted) allowed by the BLM and Forest Service was 15.6 million Animal Unit Months.3 Correcting for 12 months in a year, that’s the equivalent of 1.3 million wild horses grazing year-round. The ratio domestic sheep and cattle of horses – and their relative impact on the land – is therefore 14.8 to 1 assuming a present wild horse population of 88,000 on the range.

In March of 2019, I ran a transect of over 2,000 miles through western Colorado, Utah, Nevada, and Wyoming with my daughter over Spring Break to get an anecdotal sense of comparative horse and cattle densities. For years, we have played ‘The Antelope Game,’ competing to see who can spot the pronghorns first and count the most. This year, we counted cattle and wild horses instead. We counted 10,132 cattle and 66 horses that might have been wild horses on the transect over the course of more than 2,000 miles over mostly public lands. This gives you an index to the relative abundance of cattle and relative scarcity of wild horses in the West.

While wild horses can damage the range when they reach high population densities, just like cattle or sheep or elk, the BLM aggressively manages wild horses to limit their population levels to attain a “thriving natural ecological balance” as required under the Wild and Free-roaming Horse and Burro Act. As a result, wild horses are comparatively rare in most places where they occur. In contrast, cattle and domestic sheep are not managed to attain that “thriving natural ecological balance,” and in fact, across much of the West, they are hardly managed at all. The result is the widespread and systematic overgrazing by domestic cattle and domestic sheep that degrade rangeland health across millions of acres of public lands degrades trout streams and elk habitats and spreads the invasive weed cheatgrass that destroys habitat values for native wildlife and also results in unnaturally frequent fires that eliminate the sagebrush that more than 350 species of native plants and wildlife depend on for their survival. It is informative to note that the worst infestations of cheatgrass, where this invasive weed forms a monoculture that largely excludes native plants, are in the Snake River Plain of southern Idaho, where livestock overgrazing runs rampant, but wild horses are completely absent.

The Trump administration’s twin agendas of energy dominance and environmental deregulation send a clear message that their vision for western public lands is to maximize private profits at the expense of the public interest. Trump’s appointment of extremists like William Perry Pendley and Karen Budd-Falen – who reflect the anti-conservation viewpoints of Cliven Bundy and the ranching industry’s so-called “Sagebrush Rebellion” – to positions with no Senate confirmation and significant influence over public lands and wildlife indicate that this is an administration with no land ethic. The administration’s obsession with wild horses, while turning a blind eye to the real and serious problems that livestock overgrazing causes on these same lands, demonstrates systematic myopia and willful desire to ignore and perpetuate ecological problems caused by the livestock industry.

Two weeks ago, BLM interim director William Perry Pendley stated that the biggest issue facing the BLM was wild horses, and that wild horses pose an “existential threat” to BLM lands. This statement disqualifies Mr. Pendley as a credible manager of BLM lands, particularly given the numerous and serious environmental issues facing his agency. These include the serious decline of sage grouse of 33 to 61 percent in sage grouse states over the past 3 to 4 years, the habitat fragmentation and pollution problems created by drilling and fracking on public lands, the removal of entire western mountaintops by the mining industry with little prospect of reclaiming the land back to native habitats, the biodiversity crisis in which native plants and wildlife dwindle to the brink of extinction, the dewatering of streams for irrigation and destruction of stream habitats by cattle and sheep, the chronic and systematic overgrazing of federal public lands by livestock leading to a widespread invasion by flammable cheatgrass, and the extraction of fossil fuels on federal lands to accelerate the climate crisis. These are serious issues facing the BLM. Wild horses don’t even make the shortlist.

It is long past time for America to have an honest discussion about the rangeland health problem that we have on western public lands, and the central role that domestic livestock have in causing this problem. It would be naïve to ignore the “ABCs” of environmental issues on western federal lands – for far too many BLM employees for far too many years, the cause of environmental problems is “Anything But Cows.” Current BLM mismanagement of domestic livestock is part of a larger global trend of the livestock industry destroying biodiversity, and a purportedly science-based organization like the Wildlife Society has an obligation to be honest about the cause and nature of the livestock industry’s impacts.