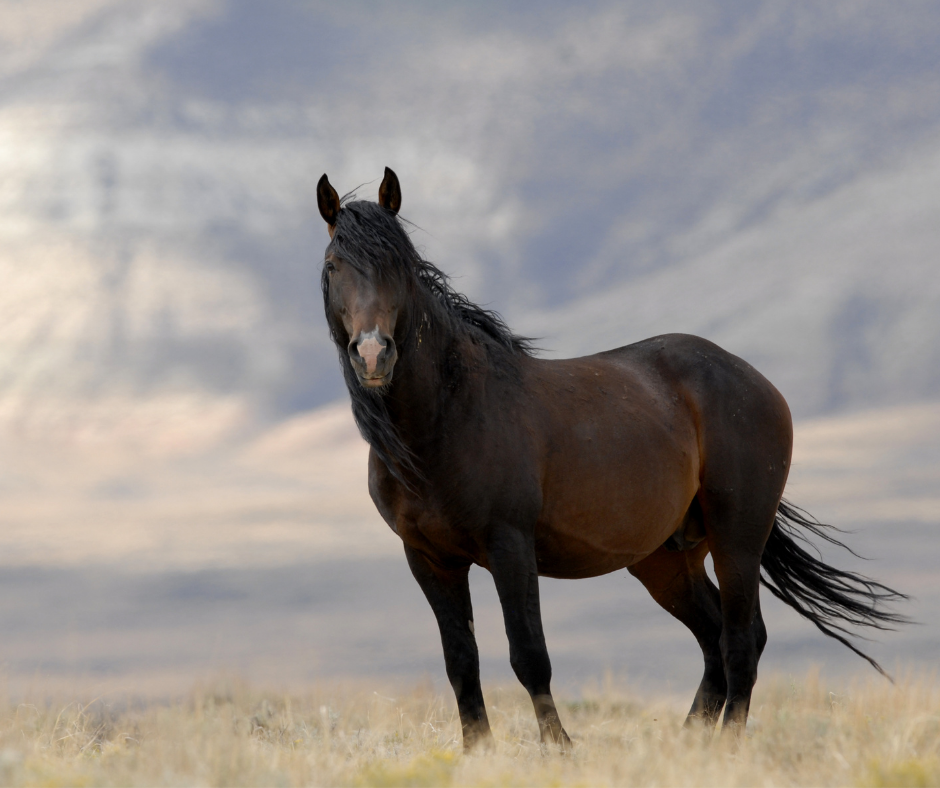 (November 12, 2020) The status of the horse as a native species in North America has long been the subject of debate in this country, with the U.S. Bureau of Land Management and other proponents of wild horse roundups claiming that the iconic animals are an invasive species. This contentious argument has been a barrier to securing the place of the wild horse in the American West.

Now, new research out of the University of California Santa Cruz’s prestigious Paleogenomics Lab sheds new light on the argument by tying the DNA of the modern-day horse to its ancient ancestry on the North American continent.

The research by Drs. Alissa Vershinina and Beth Shapiro documents the long and complicated history of the horse in North America, tracking ancient horse remains from North America to Eurasia, across the Bering Land Bridge. The scientists working on this project used DNA extraction from well-preserved horse remains from countries across the Bering Land Bridge from Serbia to Yukon. They explored how often and how many horses crossed this prehistoric bridge during the times it was passable over the course of millions of years of evolutionary history. Using state-of-the-art DNA extraction and analysis techniques, the research provides a clearer evolutionary picture of the history of the horse on this continent and the intermingling between the North American and Eurasian populations over the course of millions of years.

Of the implications for today’s American wild horses, the researchers write:

“The fossil record and our genetic results confirm that horses were part of the North American fauna for hundreds of thousands of years prior to their (recent in evolutionary time) extinction on the continent around eleven thousand years ago. The feral horses that roam the American West are descended from horses that were domesticated in Asia around 5500 years ago. However,  early domestic horses were part of a large and evolutionarily connected population of horses that spanned much of the Northern Hemisphere. The genetic connection between extinct North American and present-day domestic horses means that the feral horses in the American West share much of their DNA and evolutionary history with their ancestors who lived on the same continent many thousands of years earlier.”

The American Wild Horse Campaign is pleased to have provided funding to support this phase of the ongoing, cutting-edge research that is advancing our knowledge of the history of the horse, a species of unparalleled importance to human history. This study reaffirms our commitment to protecting and preserving wild horses as an “integral part of the natural system of public lands” as declared in the Wild Free Roaming Horses and Burros Act.