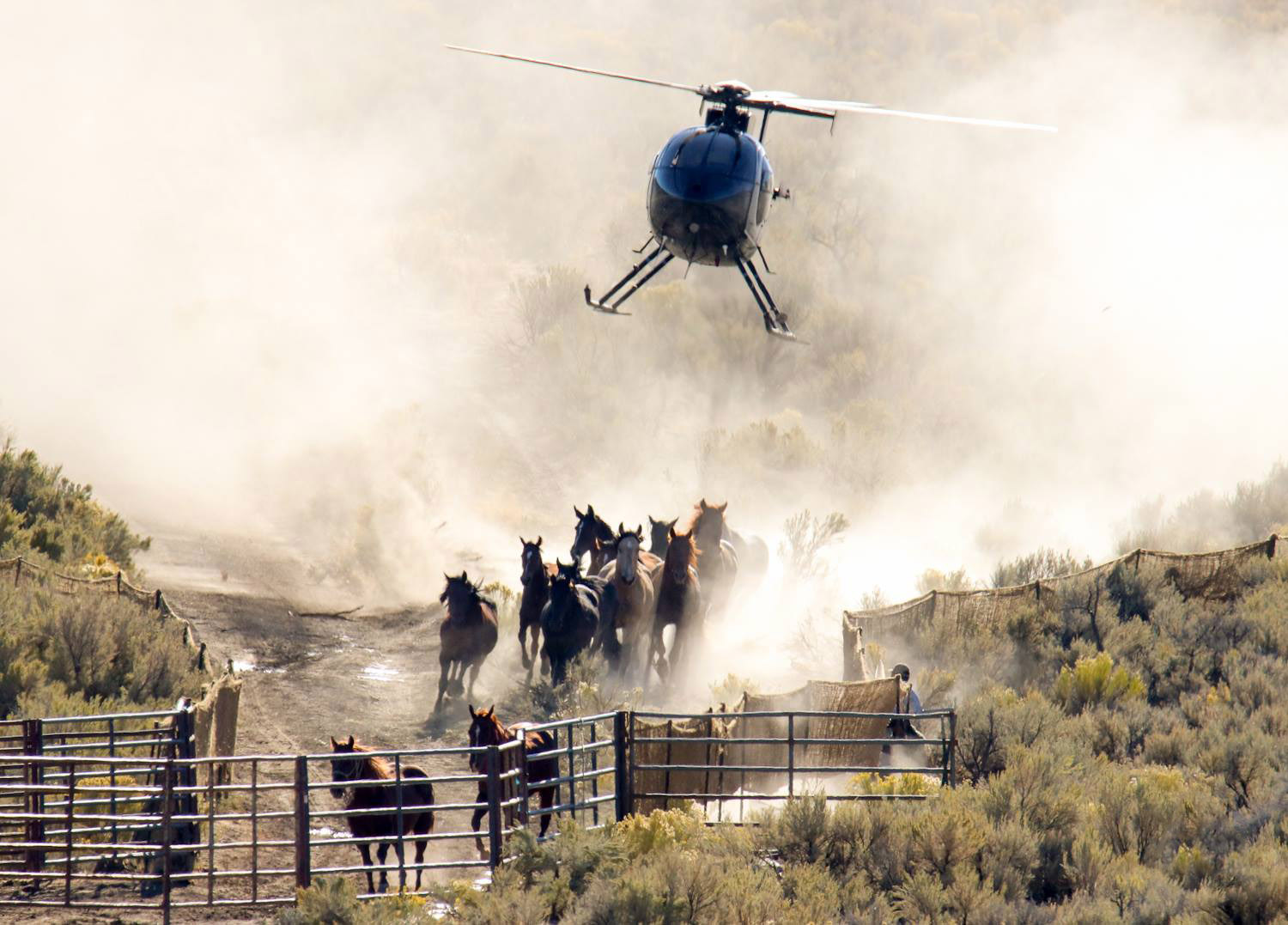 “We appreciate the Administration’s recognition that slaughter of America’s wild horses and burros -- the lethal option we have long worked to oppose -- is unacceptable to the Congress and the American public,” said Suzanne Roy, Executive Director of the American Wild Horse Campaign. “However, Congress just increased the BLM’s budget by 25% and now the Administration is asking it to throw even more money at a mass roundup, stockpiling and inhumane sterilization plan that has no scientific basis or public support.”

AWHC noted that the President’s budget calls for an additional $15 million increase to the BLM’s wild horse and burro program budget, which if granted by Congress, would see funding for the agency’s program soar from $81 million in 2019 to $116 million in FY 2021. The funds would be used for:

Helicopter roundup and removal of unprecedented numbers of wild horses and burros to reduce their populations to the BLM’s imposed limit, known as AML, of just 27,000, which the National Academy of Sciences found was not supported by science or transparent to the public. Inhumane population growth suppression methods that focus on the castration of wild stallions and risky, cruel and invasive surgeries to remove the ovaries of wild mares, both methods that the National Academy of Sciences warned against.

While the budget request also mentions humane fertility control, the BLM has consistently stated its intent to use inhumane surgical sterilization instead.

“We agree with the Administration that the Wild Horse and Burro Program is badly broken, but we don’t believe that recommendations of the nation’s leading scientific body should be thrown aside, no matter how many lobbying groups want to ignore them,” Roy concluded “We look forward to working with Congressional authorizing committees to ensure that reform of this program is consistent with science, the intent of the law and the will of the American people.”

In 2013, the National Academy of Sciences (NAS) released a report entitled “Using Science to Improve the BLM Wild Horse and Burro Program: A Way Forward,” after a nearly two-year-long review. The NAS’ findings completely contradict the pillars of the current plan for wild horse roundup: mass removals to achieve AML and surgical sterilization of wild horses on the range.

The NAS on AML:

The NAS on removals:

The NAS on castration: