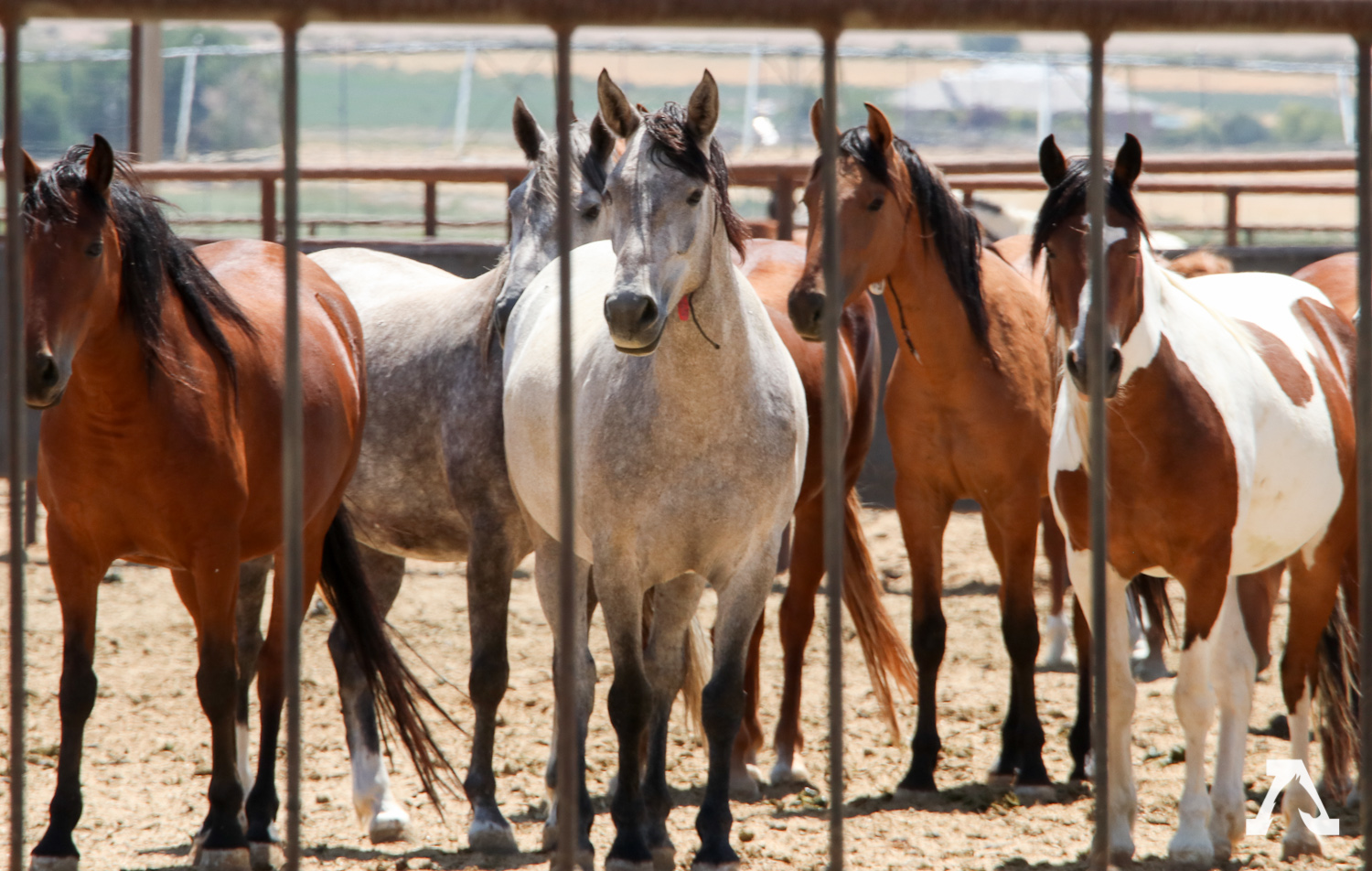 “The fatal disease outbreak at the Bureau of Land Management’s Wild Horse facility in Cañon City is deeply concerning and recent findings regarding the same are simply unacceptable,” said Neguse.

According to the BLM, the first phase of the Piceance capture operation will focus on bait trapping an undisclosed number of horses the agency says are in poor body condition. Then, beginning in July, the BLM will bring in helicopters to round up hundreds more wild horses, with an overall goal of permanently removing 750 of these federally protected animals from public lands in the area.

The captured horses will be sent into the agency’s overcrowded holding system, in which 18,354 wild horses and burros are currently confined and where recent internal BLM assessments revealed systemic animal welfare violations.

“We’re thankful Congressman Neguse understands the concerns and complexities regarding putting more wild horses into the BLM’s overcrowded holding system. It’s clear we need a better understanding of what failures took place in Cañon City before jumping into another roundup that could put more horses in harm’s way, including death or sickness,” said Suzanne Roy, AWHC’s Executive Director. “The current BLM system is not working. We thank the Congressman for calling for a reevaluation of how roundups are being handled and being a leading voice for more humane options.”

While the Piceance roundup is now suddenly taking place, AWHC is advocating for an independent assessment of the condition of the Piceance horses, and their habitat, including water availability within the herd management area. AWHC is also monitoring how the Piceance horses will be transferred to Utah, as stated by the BLM, and the safety of such a transport. The group is further calling for investigations into the BLM’s holding corrals in Colorado, including biosecurity measures and vaccination protocols. And, a systemwide review of all federal holding corrals.

Colorado Governor Jared Polis, U.S. Representatives Dina Titus (D-NV), and Steve Cohen (D-TN) join Neguse in requesting a pause to roundups amidst growing concerns over conditions. Just one week before the BLM’s decision to accelerate the Piceance roundup, several new cases of what is believed to be a highly contagious and deadly respiratory infection, streptococcus bacteria – more commonly known as ‘strangles’ – started to affect the Cañon City wild horses.