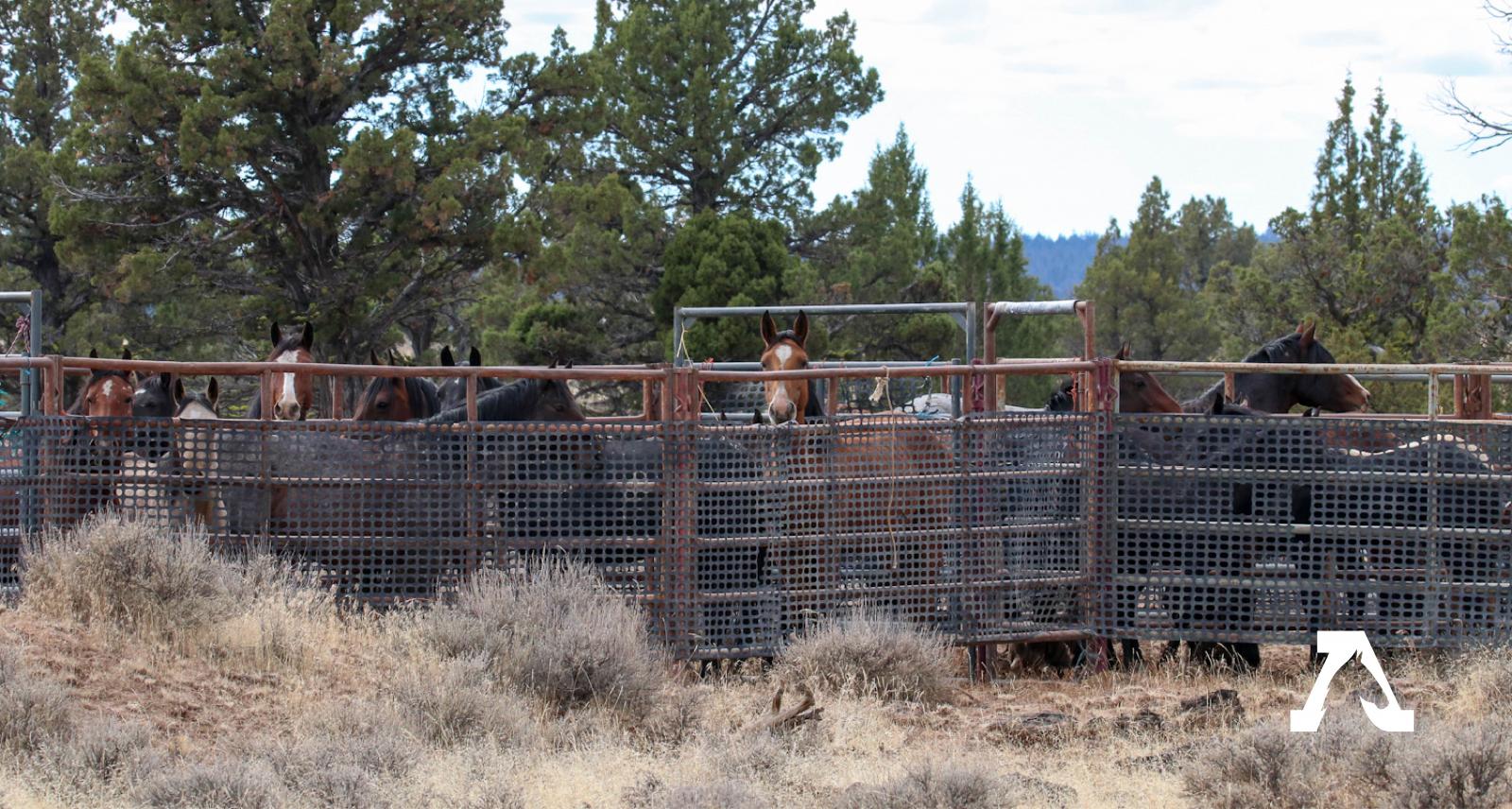 According to the Wild Free-Roaming Horse and Burro Act of 1971, the Bureau of Land Management (BLM) and the United States Forest Service (USFS) are tasked with managing, protecting, and controlling wild horses and burros on federal lands that they administer.

But the USFS has abdicated that responsibility in the case of federally protected wild horses residing in the Devil’s Garden Wild Horse Territory (the Territory) on the Modoc National Forest near Alturas, CA.

Although the 300,000-acre Territory is home to California’s largest remaining wild horse herd, it’s increasingly endangered largely because of the unprecedented role that ranch and farm groups in Modoc County, along with the University of California Cooperative Extension, have played in all aspects of the USFS’s roundup and removal, holding, and disposition of these iconic animals, including the unprecedented plan to sell federally protected wild horses without limitation on slaughter.

The results of the USFS handing the reins of wild horse management over to the Modoc County Farm Bureau and other livestock-related organizations have been nothing less than devastating for the Devil’s Garden horses – California’s most significant and genetically healthy wild horse population. For example,

·       The 2013 Devil’s Garden Wild Horse Management Plan set a population limit (“Appropriate” Management Level or AML) of just 206-402 wild horses in order to maintain grazing for nearly 6,000 privately owned livestock (3,000 cow/calf pairs and 2,900 sheep) on the public lands within the Territory. The plan called for a series of mass roundups to reduce the population to this low number, which equates a maximum of 1 horse per 750 acres of public land.

·       The first roundup took place in 2016 when the USFS rounded up and permanently removed 167 horses in and around the Territory. The horses were sent to the BLM’s Litchfield Corrals in Susanville, CA where 40 Devil’s Garden horses died, including 25 foals born there.

·       In 2018, the USFS rounded up and removed 932 wild horses from the Territory. (At least 20 horses died during the roundup or in holding, including 7 who were euthanized for Pigeon Fever, a non-fatal, treatable illness.)  Older horses were sent to the USFS’s Modoc corrals, which are operated and staffed by the Farm Bureau, for sale “without limitation.” Younger horses were sent to the BLM Litchfield corrals to be processed for adoption. (Under federal law, horses under age 10 must be put up for adoption three times before they can be sold.)

·       Over the next few years, additional roundups are planned to remove thousands of more wild horses from the Territory.

So how did the Modoc County Farm Bureau et al. garner such power and control over the federally protected Devil’s Garden wild horses and the USFS? Primarily through three strategies – orchestrated mostly by Sean Curtis, a rancher in Modoc County – employed to ensure that local livestock interests trumped established federal policy, law, and the public interest in protecting wild horses.

These three strategies were:

·       Securing funding, mostly federal and some private, that supports roundups and removals of the horses in order to restore private grazing privileges;

·       Launching a vocal “coordination” movement in Modoc County that pushes for local control of federal lands; and

·       Initiating biased, agenda-driven “research” by Laura Snell of the University of California Cooperative Extension that scapegoats wild horses for all the damage to forage and water resources on the Territory while ignoring the impacts – current and historic – of thousands of privately-owned livestock there.

AWHC has filed several Freedom of Information Act requests to obtain copies of the agreements and contracts between the United States Department of Agriculture (USDA)/USFS and the Modoc County Farm Bureau et al.  We’re still waiting for those documents, but this is what we’ve pieced together so far. 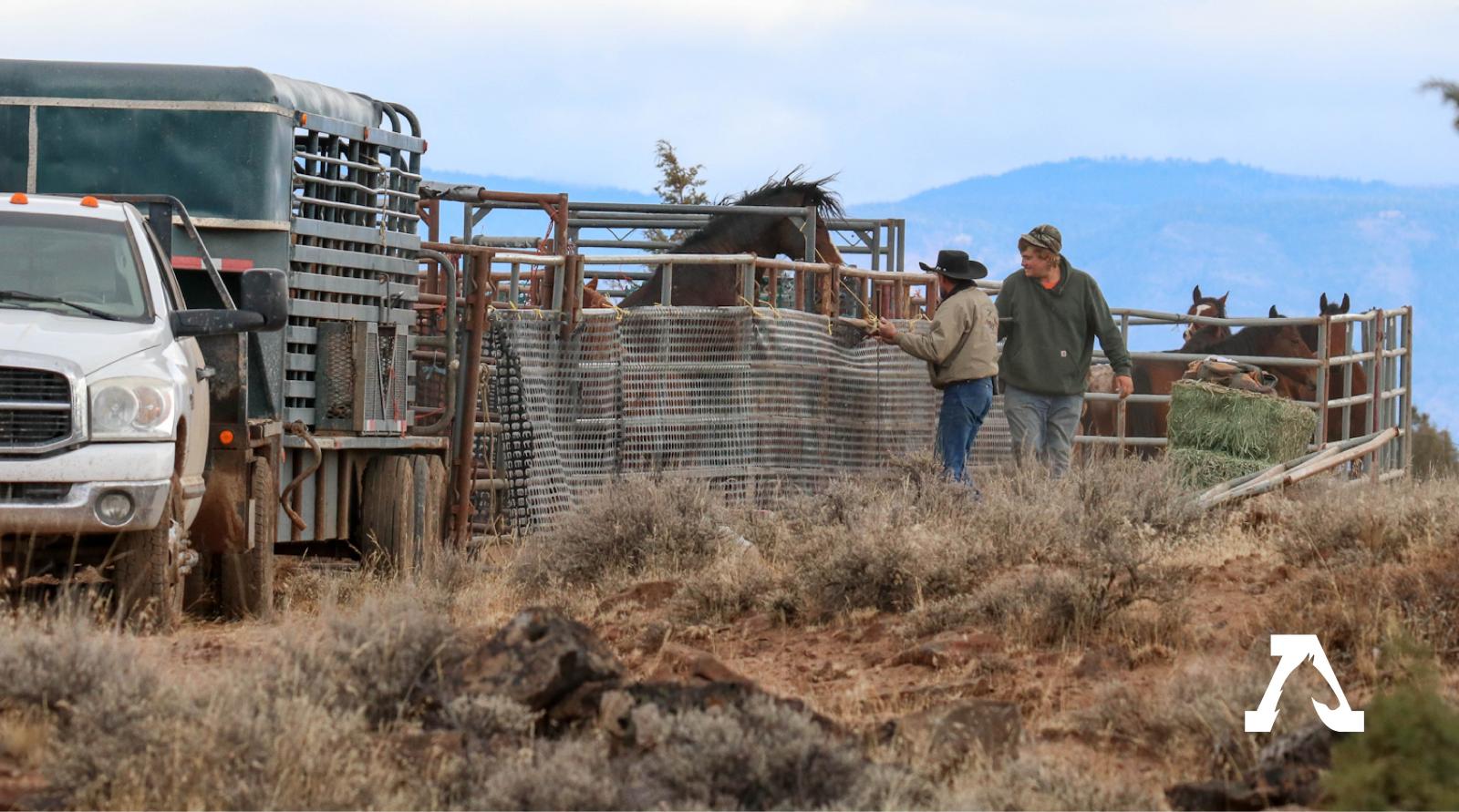 Rounding up and removing Devil’s Garden horses and warehousing them in holding corrals is a lucrative source of income for the Modoc County economy. The endless supply of mostly federal money appears to have begun in 2011 and continued at least into 2017.  Admittedly, it’s a tangled and not very transparent web.

According to repeated statements by Mr. Curtis, who is a board member on the Modoc County Farm Bureau and the Modoc County Natural Resource Analyst, because the Modoc National Forest lacked the funds and resources to carry out a management program for wild horses, the local community needed to step up to provide both.

And it did – mostly by the Modoc County Farm Bureau employing retired federal and state employees for its Retired Workers Program.  Ultimately, these employees would take control of every phase in the development of the Environmental Assessment (EA) of the 2013 Devil’s Garden Wild Horse Management Plan, including setting the arbitrarily low AML of 206-402 horses and not authorizing the use of fertility control until that AML has been reached.

The majority of funding for the plan was Resource Advisory Committee (RAC) money secured through the Secure Rural Schools and Community Self-Determination Act, a federal program that compensates rural counties for declining payments due to reduced logging on USFS lands. Funding was also supplemented by the Modoc County Farm Bureau, Modoc County, the Modoc County Cattlemen Association, and ranchers with grazing permits on the Territory.

In an 11/20/2018 email, Amanda McAdams, Forest Supervisor for the Modoc National Forest, wrote, “The agreement with the Farm Bureau was to help construct and provide for supplies and management of the facility due to the FS inability to obligate funds late in our fiscal year.”

This agreement also placed Ms. Snell, the University of California Cooperative Extension Agent for Modoc County, in charge of hiring and supervising staff at the Modoc corrals. Ms. Snell has no experience handling, managing, or caring for wild horses, and the decision to put her in charge of the corrals has led to serious animal welfare concerns.

Through this arrangement, the USFS has ceded control to the Farm Bureau to such an extent that the USFS needed Mr. Curtis’ approval to pay for the transport of captured Devil’s Garden horses held at the Modoc corrals to a rescue in Colorado! 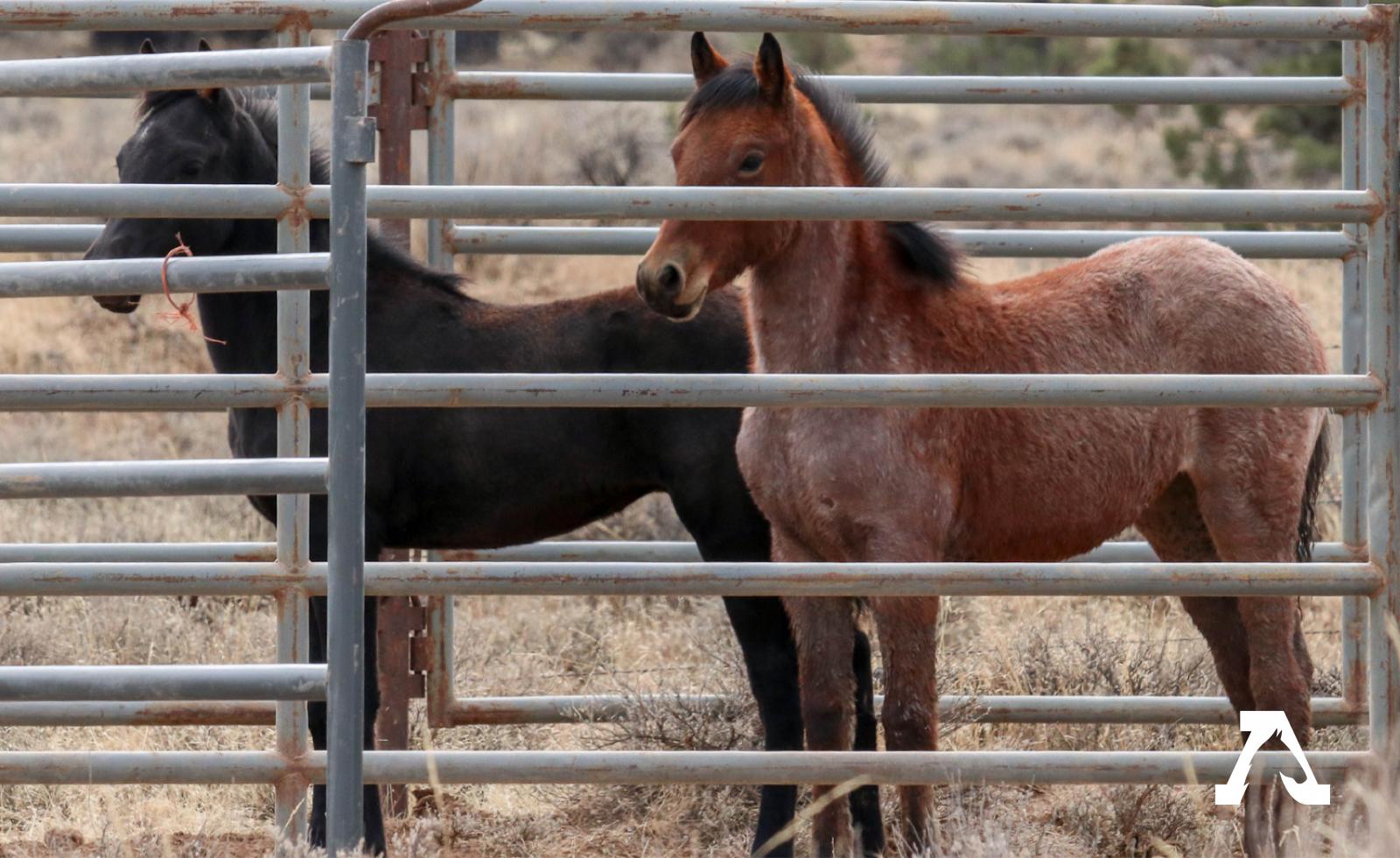 An obscure political movement known as the "coordination movement" has sprung up in some rural areas of the West. It's based on the misrepresentation of a provision in some environmental laws, such as National Forest Management Act, that requires federal agencies to “coordinate” with local governments in land use planning. The "coordination movement" claims that this provision requires federal agencies such as the USFS to comply with local policy.

The “coordination” movement is alive and well in Modoc County and Mr. Curtis has engineered what essentially amounts to a take over of federal wild horse policy under its banner.

In January 2016, for example, Mr. Curtis submitted a letter to the Modoc County Board of Supervisors asking it to adopt a position paper and send it to the Modoc Forest Service to address the Devil’s Garden wild horse issue.

The paper, which states that the Board of Supervisors recognizes that the excess numbers of wild horses are the most serious threat to both the environment and socio-economics of Modoc County, emphasizes that “all wild horse management activities should be coordinated with Modoc County.”

The Board unanimously voted to support it.

Later, in 2017, the Modoc County Cattlemen’s Association met with the Board of Supervisors to discuss the wild horse “problem” and asked members to pressure the USFS for an aggressive management plan.  Stressing that Modoc County is a planning county and “coordinates” the management of federal lands, the presentation focused on the need for local control because the “constitution allows” for it and local enforcement because the county’s economy depends on public lands within its boundaries.  Humane euthanasia and “harvesting” of the Devil’s Garden wild horses was also supported.

More recently, in early February of this year, Mr. Curtis, who is considered an expert on “coordination,” gave a call-in presentation to the Crook County Natural Resources Committee in Oregon that reportedly included a summary of “coordination” accomplishments in Modoc County.  Among the highlights was his declaration that retired USFS/BLM employees retained by the Farm Bureau wrote the EA for the Wild Horse Management Plan and that the USFS only had to sign off on it.

And finally, the Americans Coordination Institute, one of several national “coordination” organizations that advocate for restoring local government to its “rightful place,” lists Mr. Curtis and Modoc County among its many successes, claiming to have "Helped maintain grazing levels and practices in Modoc County, California where Sean Curtis and Carolyn Carey and Supervisors like Nancy Huffman and citizens as June Richards became experts at coordination—working coordination magic with Forest Service and BLM."

Mr. Curtis is also a board member for the Stand Up and Fight Club that fights the “effects of over-regulation and government’s heavy-handed intervention in our free enterprise “ and whose purpose was described in the Washington Times as “teaching rural America to defeat environmentalists.” 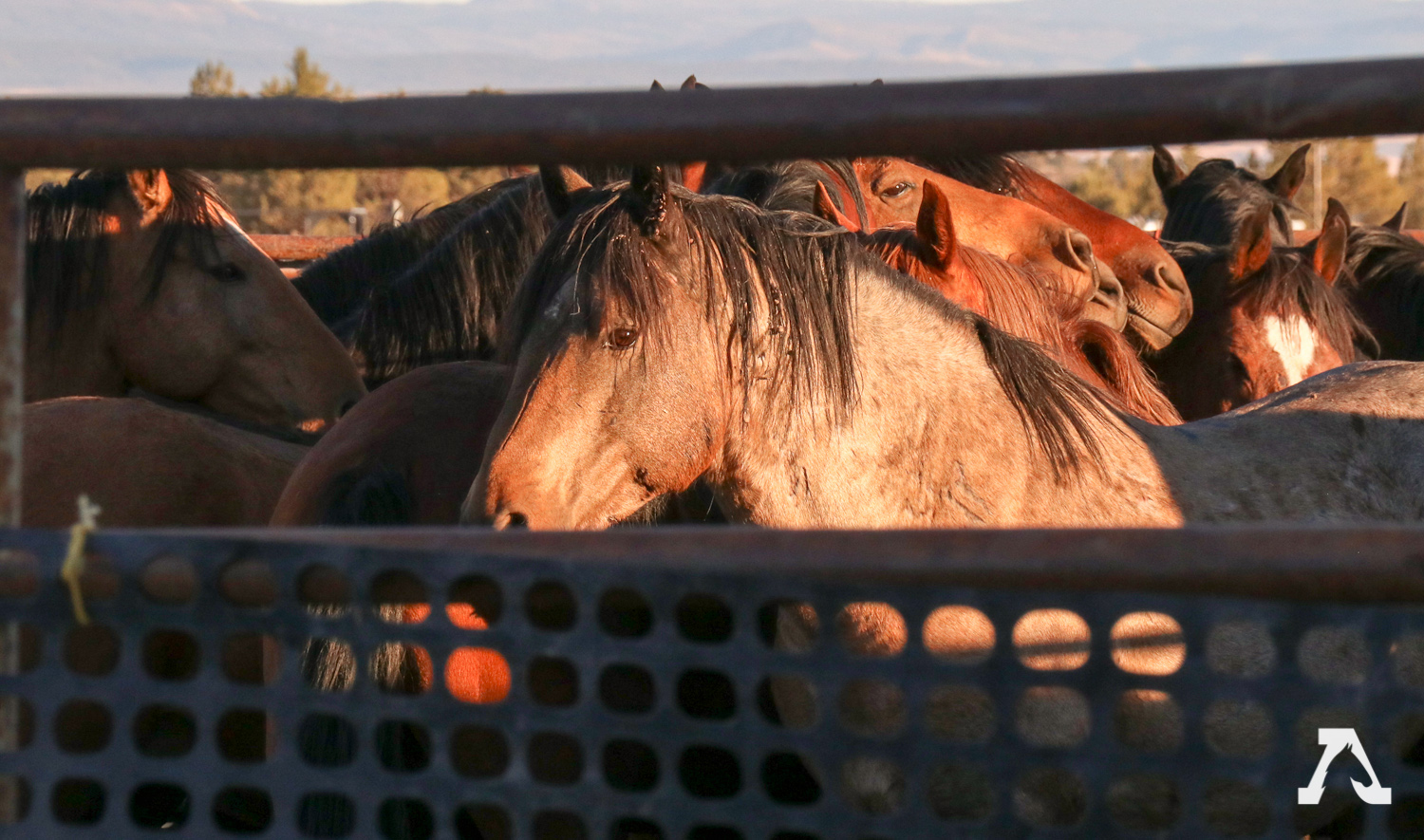 In 2015, Ms. Snell, University of California Cooperative Extension Agent and County Director, began a three-year research project that was supposed to examine the impacts of wild horses as well as cattle and other wildlife on riparian areas in the Territory.

Although the mission of the University of California Cooperative Extension is to produce “unbiased, science-based solutions,” it’s become evident that Ms. Snell’s study has been driven by her personal agenda to assist Modoc County ranchers in removing wild horses from the Territory.

For example, when Ms. Snell arrived in Modoc County, she described being approached by local ranchers, asking for her help in solving the wild horse issue.  Her response was to create a “study” without a scientific purpose but with a clear political intent: “to provide visuals to show people the horses and what the landscape looks like due to unmanaged grazing by the wild horses.”

Because Ms. Snell’s study had a foregone conclusion, it focused exclusively on the negative impacts of wild horses, while ignoring the impacts of the thousands of cattle and sheep who graze on the Territory.

Equally disturbing, Ms. Snell has not only used the preliminary results of her study to advocate for the removal of the Devil’s Garden horses but also to position herself as a vocal supporter of horse slaughter, stating: "I really think the sale of horses should be allowed. I think if there are groups that want to buy those horses and keep them, that should be fine. If there’s a group that would like to eat those horses, I think that’s fine."  Ms. Snell made these remarks as an employee of the State of California, where the cruel practice of horse slaughter has been banned for more than two decades! 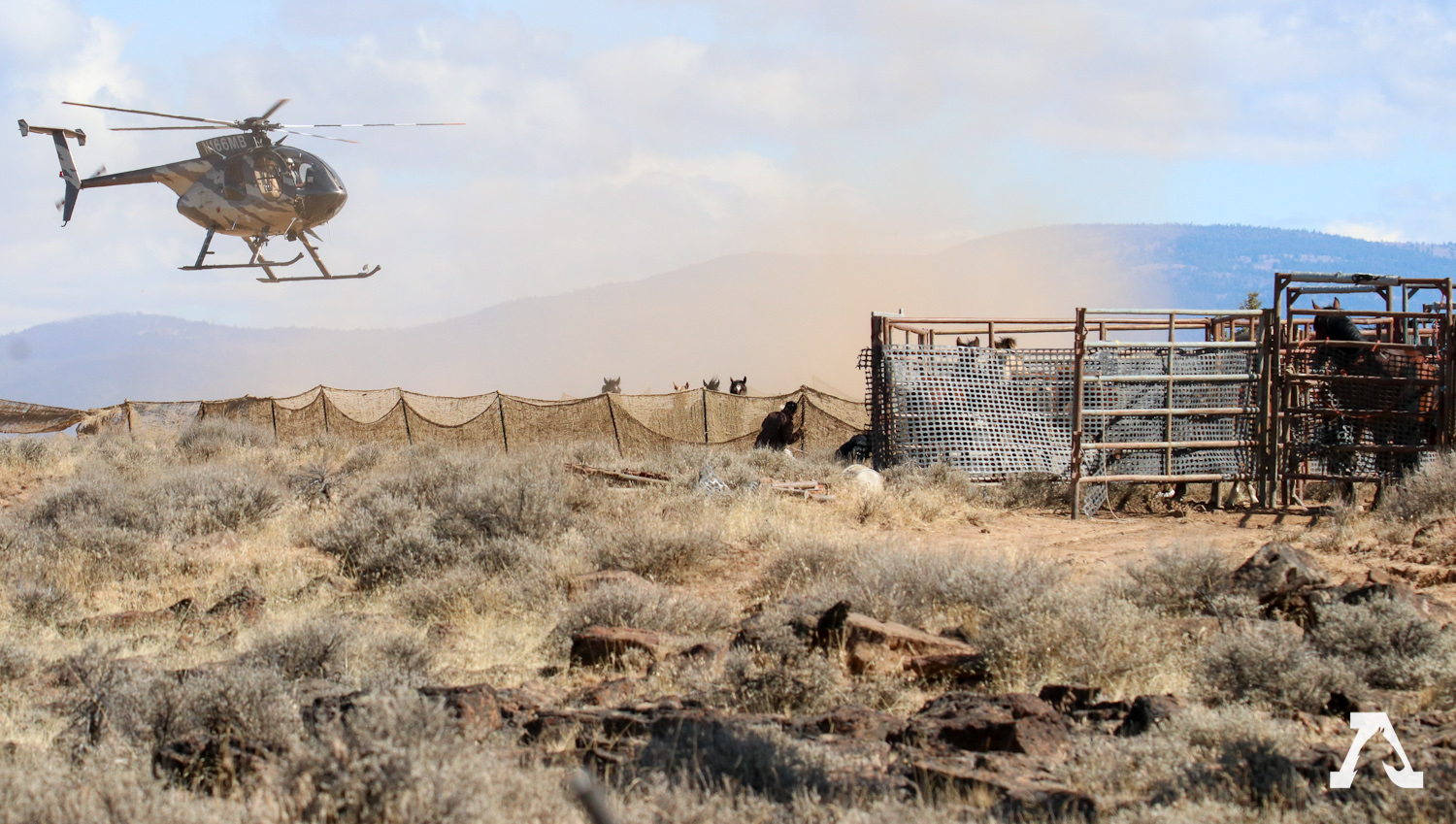