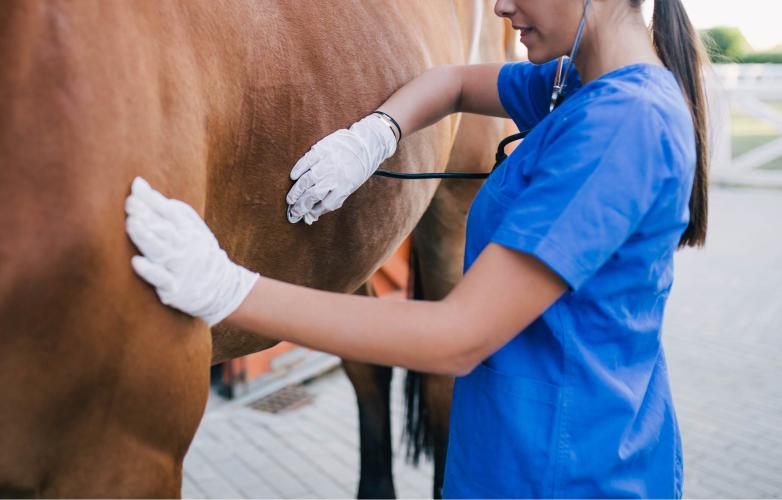 The letter was sent in advance of the BLM’s National Wild Horse and Burro Advisory Board meeting, which starts October 29 in Washington, DC. Members of the board, which advises the BLM on a wide range of wild horse management strategies, are expected to consider the issue of surgical sterilizations as a fertility control option for curbing populations on the range.

The BLM’s proposal entails using an outdated procedure known as “ovariectomy via colpotomy,” where a metal rod-like tool is blindly inserted through a vaginal incision in order to sever and remove the ovaries of wild mares while they remain conscious. Under the BLM’s plan, as many as 25 ovariectomies would be performed each day.

The National Academy of Sciences, in its comprehensive 2013 report on wild horse management to the BLM, specifically advised the agency not to utilize the ovariectomy via colpotomy method given the risks of trauma and infection. The BLM’s proposal aims to quantify the rate of complications from the surgery, including death.

In their letter, the veterinarians urge the BLM to abandon any future plans for the experimental use of the procedure on wild mares. “Not only is ovariectomy via colpotomy far more invasive, inhumane, and risky than other nonsurgical methods of fertility control,” the letter states, “it is also more invasive and inhumane than the techniques that veterinarians use on domestic horses in the rare circumstances where some form of ovariectomy is clinically necessary.”

The letter adds: “This procedure can be accompanied by a high rate of complications … including risks of infection, trauma, post-operative pain, hemorrhage, abdominal adhesions, evisceration, abscess formation, abortion, neuropathies, and even death. … The associated risks are exacerbated by the fact that, by the agency’s own admission, the surgeries will be conducted at the agency’s corrals in an operating space that ‘may not be entirely sterile.’”

The BLM’s proposal marks the agency’s fourth attempt since 2016 to undertake these controversial experiments. The American Wild Horse Campaign, the Animal Welfare Institute (AWI), and The Cloud Foundation secured a preliminary injunction in the fall of 2018 blocking the agency from implementing the experiments after a federal court found serious shortcomings with a previous version of the the BLM’s proposal. However, in May, the BLM issued a new environmental assessment for an ovariectomy via colpotomy study in an attempt to push forward.

A recent survey of more than 2,000 adults through The Harris Poll found that an overwhelming 77% of Americans are opposed to the BLM conducting surgical sterilization experiments on wild horses. Federal lawmakers in both the House of Representatives and Senate have called on the agency to rethink this inhumane plan.

“The BLM failed to consider how truly controversial this procedure is to perform on wild horses, but the strong opposition expressed in this letter by equine veterinarians will hopefully convince the agency that these experiments are too contentious and not suitable for implementation as a management tool,” said Brieanah Schwartz, policy counsel for the American Wild Horse Campaign. “We hope that such a letter from the veterinary community will convince the agency to focus instead on humane, scientifically recommended forms of population management, including PZP fertility control.”

“We are grateful to the many veterinarians, with their considerable medical expertise, who are speaking out against the BLM’s blatant disregard for horse welfare,” said Dr. Joanna Grossman, equine program manager for AWI. “Given the BLM’s aggressive pursuit of ovariectomy experiments, members of the veterinary community are sounding the alarm about the serious risks involved in this heinous procedure. It is imperative that the BLM ensure the humane treatment of all federally protected wild horses.”

“Thank you to all the veterinarians who have signed on to this letter, upholding their oath to prevent and relieve animal suffering,” said Ginger Kathrens, founder and director of The Cloud Foundation. This procedure is completely unacceptable from a humane standpoint. It bears no resemblance to spaying or neutering your dog or cat. This is a violent procedure in which a wild animal is confined, terrified in a squeeze chute while her internal organs are ripped out of her body. If any veterinarian dared to try that on a dog, they’d be accused of animal cruelty.”

The American Wild Horse Campaign (AWHC) is a national wild horse advocacy organization whose grassroots mission is endorsed by a coalition of more than 60 horse advocacy, public interest, and conservation organizations. AWHC is dedicated to preserving the American wild horse in viable, free-roaming herds for generations to come, as part of our national heritage.

The Animal Welfare Institute (AWI) is a nonprofit charitable organization founded in 1951 and dedicated to reducing animal suffering caused by people. AWI engages policymakers, scientists, industry, and the public to achieve better treatment of animals everywhere – in the laboratory, on the farm, in commerce, at home, and in the wild. Follow us on Facebook, Twitter and Instagram for updates and other important animal protection news.

The Cloud Foundation (TCF) is a Colorado 501(c)3 nonprofit corporation, that grew out of Executive Director Ginger Kathrens' knowledge and fear for wild horses in the West. TCF works to educate the public about the natural free-roaming behavior and social structure of wild horses and the threats to wild horse and burro society, to encourage the public to speak out for their protection on their home ranges, and to support only humane management measures. Kathrens previously served as the Humane Advisor on BLM’s National Wild Horse and Burro Advisory Board.