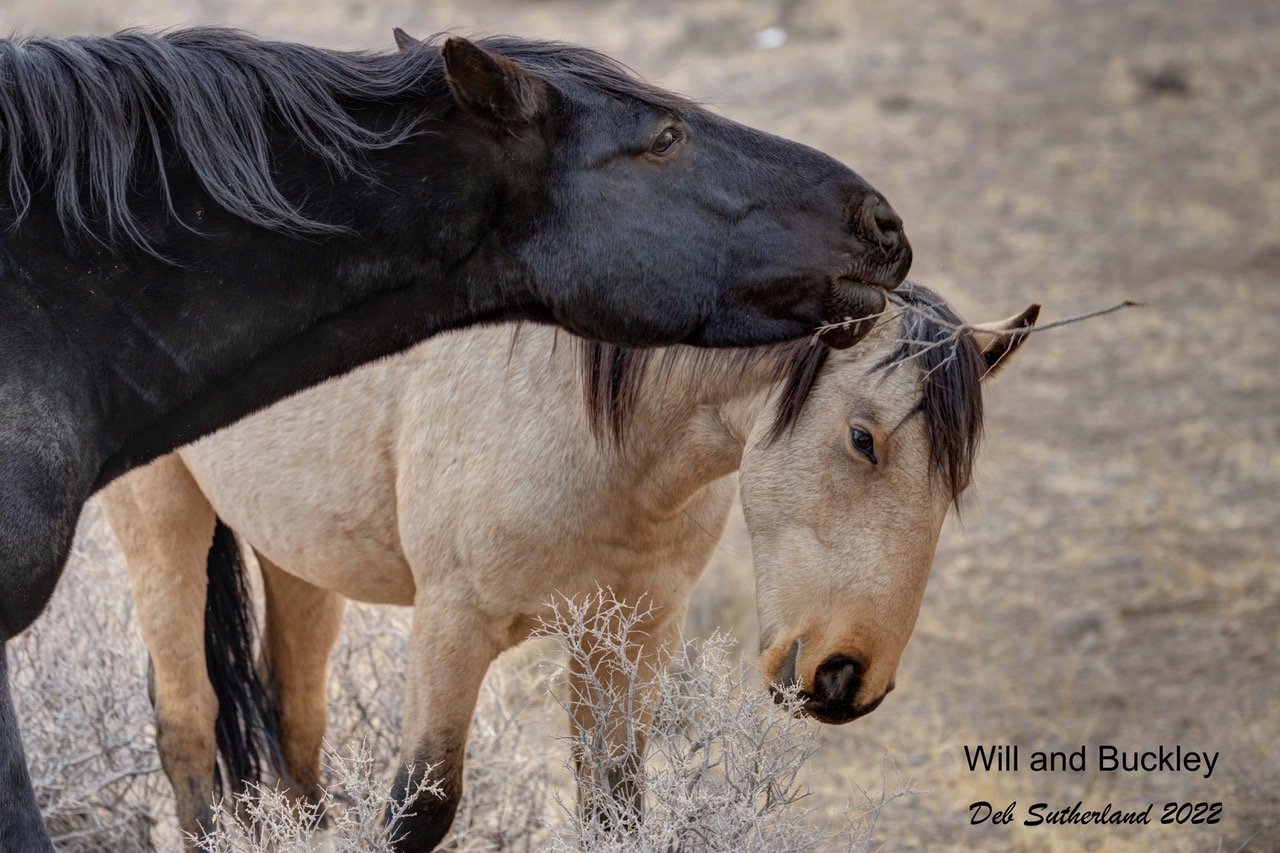 (Jan. 23, 2023) The new year brings about new beginnings for many of the wild horse bands in the Virginia Range including Will and Shaggy’s band. The series of events that started the change for these two families began several months ago when stallion Will lost his three mares. Several of us witnessed Will wandering the range alone and found Will’s mares Tiega and Cipriana with another stallion, while his mare Valentine was reported missing! Many of us searched for weeks to find her but we were unsuccessful and feared the worst. Will and Valentine had been together several years and none of us thought she would leave Will unless something unusual had happened. 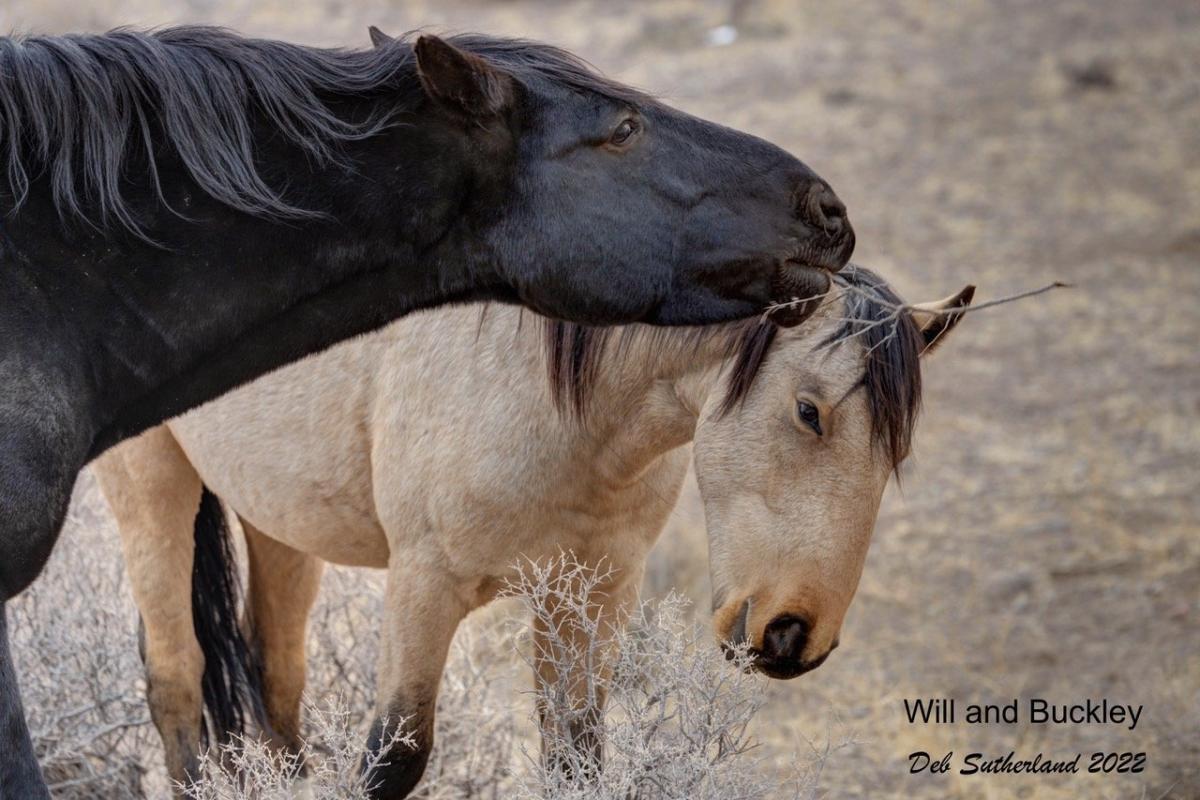 About a month later I was on the range when I spotted a large pinto with a red roan stallion and a smaller bay filly. As I approached them to take a closer look, I realized that the large pinto was Valentine! It’s clear why she was named Valentine as the large heart shape on her right side can be seen from far away. She was with Lionheart and Tesari! Tesari is a young filly from Cairo’s band who I reported missing over a year ago. As I was taking updated photos I noticed claw marks on Valentine’s neck, face and chest! It was determined that she had been attacked by either a mountain lion or a bear, both of which had recently been seen in the area. We were all thankful that Valentine is a big mare and that she survived the attack. 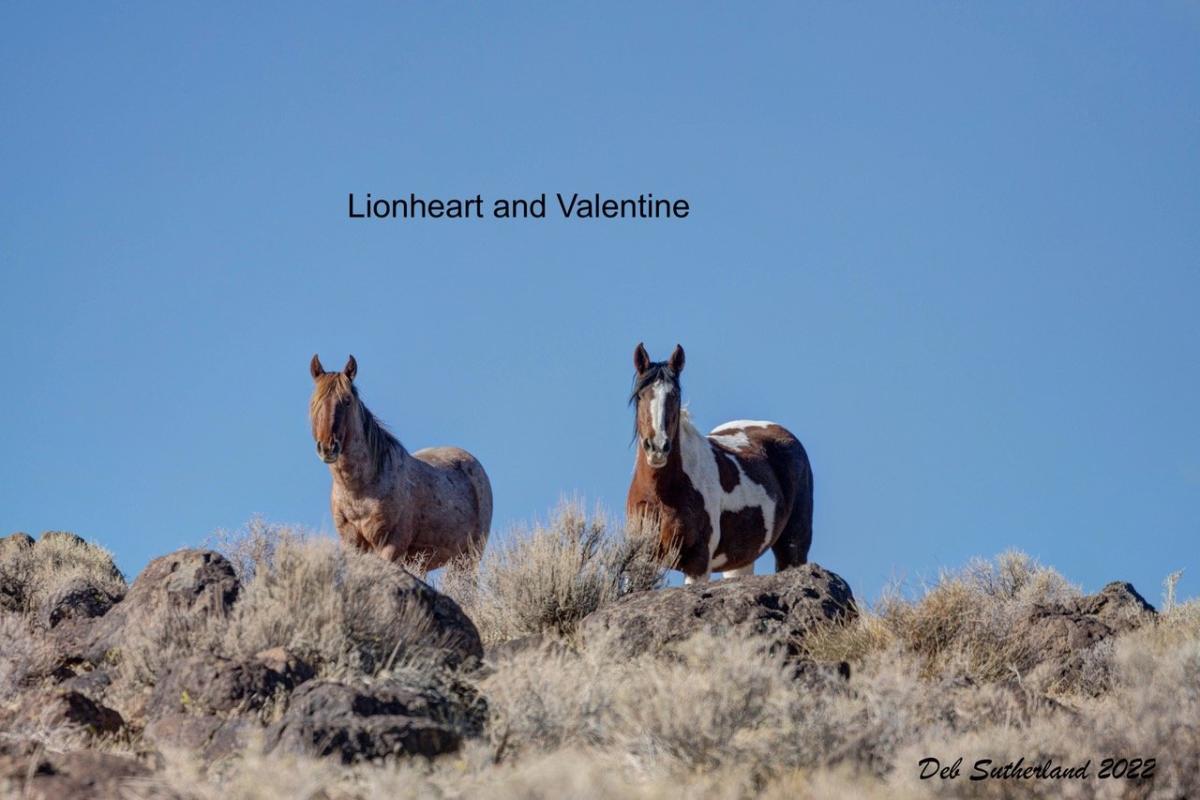 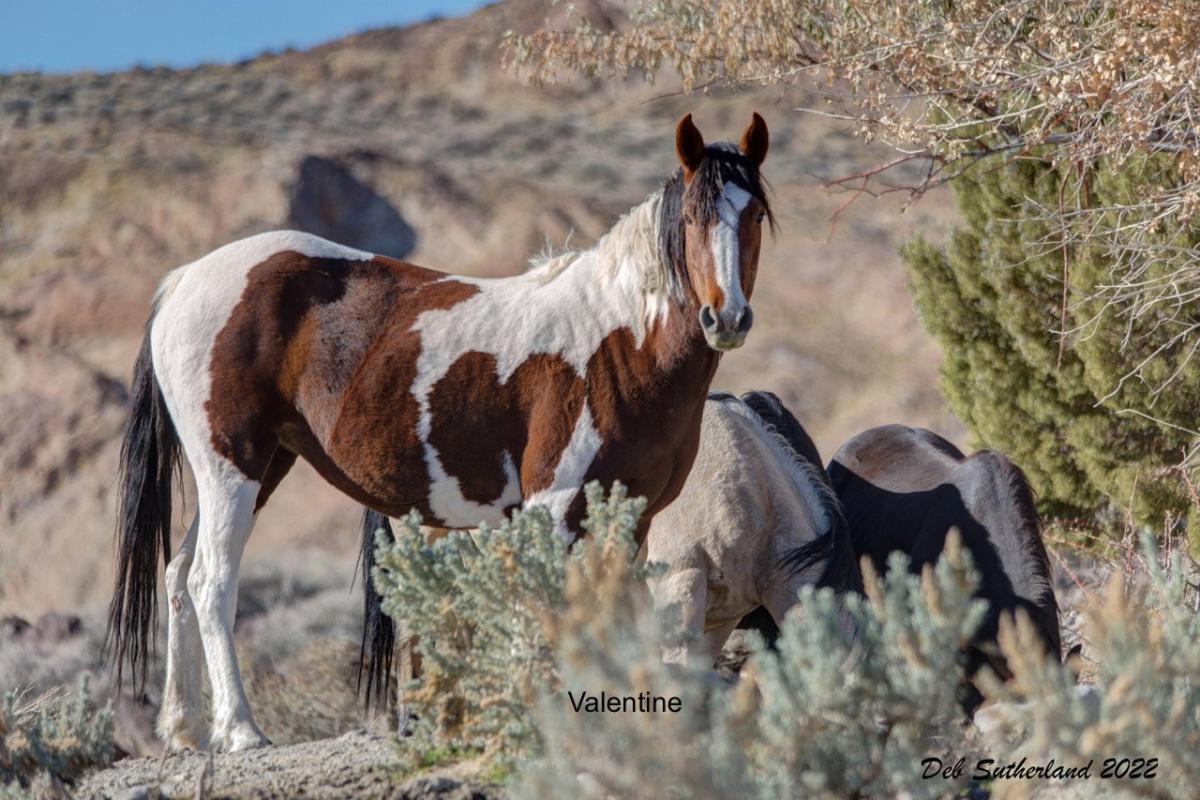 If you are new to Shaggy’s story, you can read it here.

Soon after that Shaggy was found alone on the range and his band was nowhere to be seen! Shaggy has had his family for many years and it was hard to watch him travel from one end of the valley to the other searching and calling out for them. A few weeks later I found Shaggy’s band in a field and was excited to see that they were all accounted for, all except for Granny, Shaggy’s oldest mare. I expected to see Shaggy with them in the field but to my surprise they were with a beautiful black stallion, it was Will! Will and Shaggy’s colt Buckley seemed to get along well and played with each other in between taking bites from the same bush. 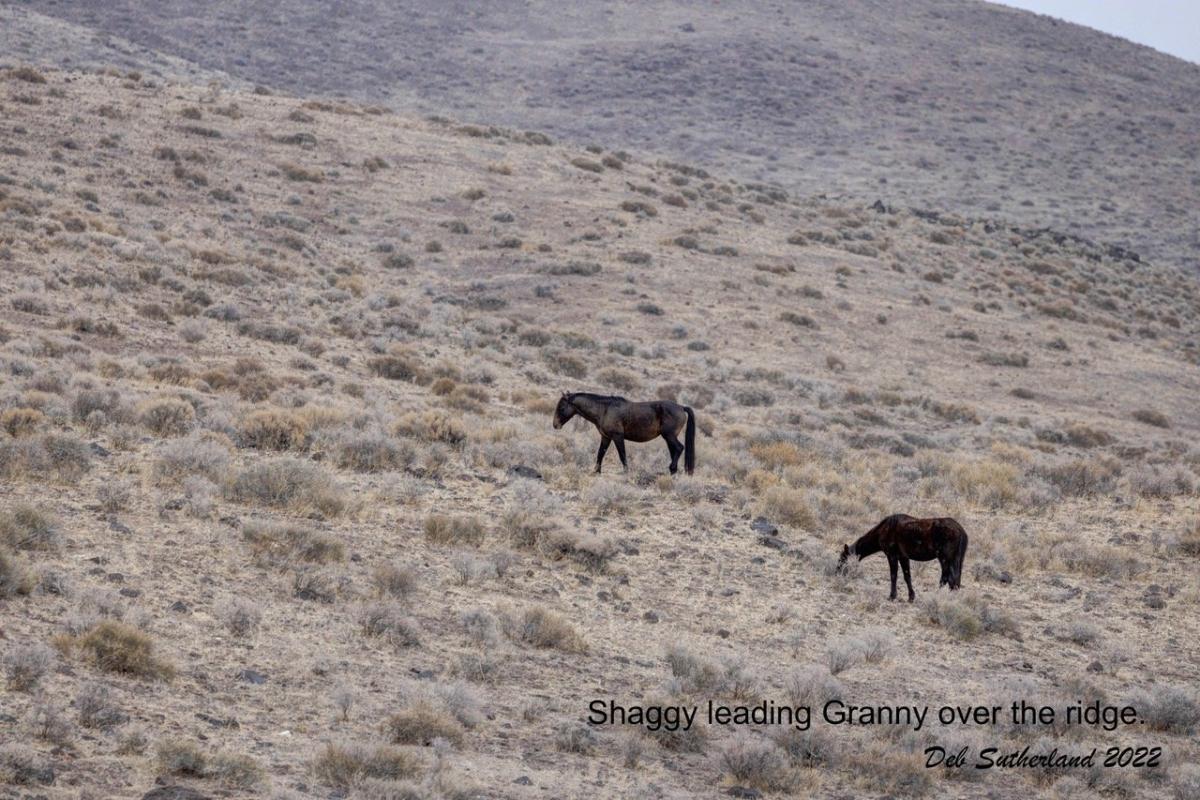 I was concerned that Granny was still missing because she is very old but on my way home that day I saw Granny at the other end of the valley standing with a bachelor but Shaggy also spotted her and set out to get her back. I love how Shaggy always treated Granny, even though she walked slowly he never left her behind. Granny reunited with Shaggy and followed him over the ridge and I haven’t seen them since. As for Valentine, her wounds have healed and she is still with Lionheart and Tesari and live high on the range close to Will’s band. I do hope to see Shaggy and Granny again this new year, and am curious to see if Shaggy has gathered new family members. It will be exciting to watch the many “new beginnings” on the range in 2023.