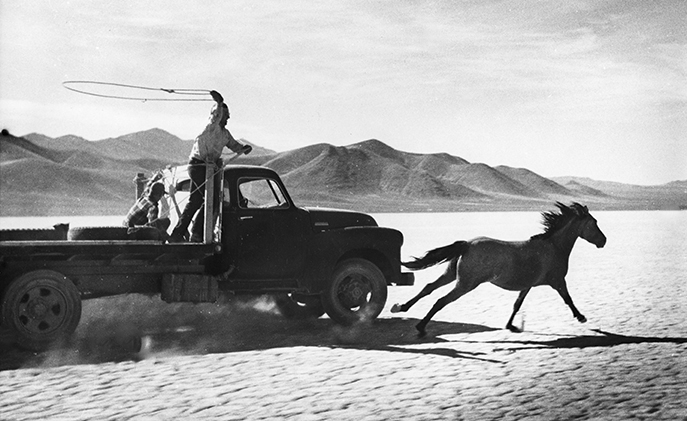 During the 1950s in Nevada, Velma B. Johnston, later known as Wild Horse Annie, became aware of the ruthless and indiscriminate manner in which wild horses were being rounded up from the rangelands. Ranchers, hunters and "mustangers" played a major role in harvesting wild horses for commercial purposes.

Wild Horse Annie lead a grassroots campaign, involving mostly school children, that outraged the public and ultimately got them fully engaged in the issue. Newspapers published articles about the exploitation of wild horses and burros and as noted in a July 15, 1959, Associated Press article, "Seldom has an issue touched such a responsive chord."

In January 1959, Nevada Congressman Walter Baring introduced a bill prohibiting the use of motorized vehicles to hunt wild horses and burros on all public lands. The House of Representatives unanimously passed the bill which became known as the "Wild Horse Annie Act." The bill became Public Law 86-234 on Sept. 8, 1959; however, it did not include Annie's recommendation that Congress initiate a program to protect, manage and control wild horses and burros. Public interest and concern continued to mount, and with it came the realization that federal management, protection, and control of wild horses and burros was essential. This would result in the enactment of the 1971 Wild Free-Roaming Horse and Burro Act.

Public Law 94-579, the Federal Land Policy and Management Act dated Oct. 21, 1976, amended the Wild Free-Roaming Horse and Burro Act of 1971 to allow the Secretaries of the Interior and Agriculture to use or contract for the use of helicopters and motorized vehicles to manage wild horses and burros on public lands, thus bypassing the Wild Horse Annie Act.