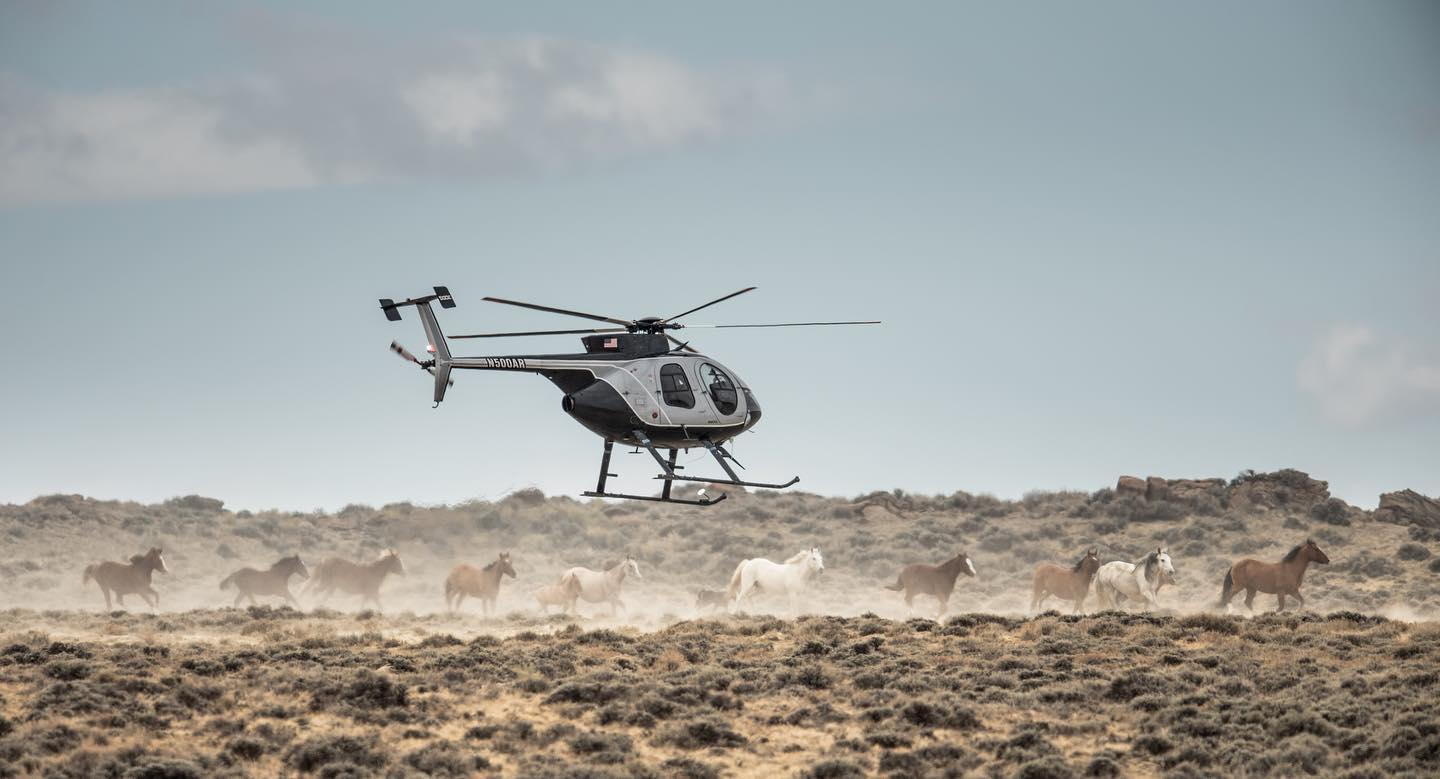 Rock Springs, WY (May 6, 2022): As published yesterday in the Federal Register, the Bureau of Land Management (BLM) has finalized plans to eliminate more than one million acres of habitat for federally-protected wild horses in the Wyoming Checkerboard by removing two Herd Management Areas and significantly slashing the size of a third. The American Wild Horse Campaign (AWHC) denounced the decision today and vowed to continue its decade-long fight to save the wild horses in this area.

"The Bureau of Land Management (BLM) has just approved the largest ever eradication of federally-protected wild horses from western public lands. It will destroy what the BLM itself calls ‘some of the most breathtaking wild horses and habitat in the country,” said Suzanne Roy, executive director of the AWHC. “This unjustifiable action is being dictated solely by private ranching interests and is at odds with the wishes of 88 percent of Americans who want wild horses protected in the wild where they belong.”

Under the decision described in the Federal Register, the BLM will amend the Resource Management Plans (RMPs) for the agency’s Rock Springs and Rawlins field offices to eliminate wild horses from most of the Checkerboard. The amendments will change the status of the Salt Wells Creek and Great Divide Basin Herd Management Areas (HMAs) to Herd Areas with a population limit of zero wild horses, and change a portion of the Adobe Town HMA to HA status as well. The plan impacts more than 1.1 million acres and represents a more than 50% loss in protected habitat for wild horses in Wyoming.

In a small victory for wild horse and tourism advocates, the White Mountain HMA – which includes the popular Pilot Butte Scenic Wild Horse Viewing Loop – will maintain its status as protected wild horse habitat and will not be managed as a non-reproducing herd as originally proposed by the BLM. Local officials like Rock Springs City Councilperson Tim Savage objected to the BLM’s original plan to sterilize the White Mountain wild horses, because castrating wild stallions and removing the ovaries of wild mares would impair the wild free-roaming behaviors that make these iconic animals a top tourist attraction in Sweetwater County.

The decision is an outgrowth of a lawsuit filed over a decade ago by the Rock Springs Grazing Association (RSGA) against the BLM demanding the removal of wild horses from all sections of the Wyoming Checkerboard, including those alternating land parcels owned by the public. RSGA members graze private livestock on the public lands within the checkerboard and view wild horses as competition for cheap forage available through tax-subsidized grazing fees. In 2013, the BLM settled the suit with a consent decree, agreeing to conduct a process to amend the governing Resource Management Plans to eliminate wild horse populations from all Checkerboard lands in the area.

As a precursor to the eradication plan, from October 2021 through January 2022, the BLM conducted the largest wild horse roundup in agency history in the Wyoming Checkerboard, capturing over 4,000 wild horses and permanently removing 3,502 from their habitat.

The BLM reported that 37 wild horses were killed as a result of the roundup. Records obtained by AWHC through the Freedom of Information Act indicate the death toll was actually higher, with a significant number of horses dying in the days and weeks after capture. (documentation available upon request)

Most of the wild horses captured in the 2021-22 Checkerboard roundup are being confined at the Wheatland Off-Range Corrals, which is currently experiencing a large-scale outbreak of a highly contagious infectious disease known as strangles. According to the BLM, approximately half of the 2,750 wild horses housed there are symptomatic and 11 have so far died. Some of the captured Checkerboard horses have been sent to the BLM’s off-range corrals in Canon City, Colorado, which is currently experiencing a severe outbreak of equine influenza that has killed 129 horses to date.

“It’s concerning that the BLM is doubling down on roundups and packing the off-range corrals full of more horses at a time when uncontrolled disease outbreaks are plaguing the main holding facilities in Wyoming and Colorado, and horses are dying as a result,” concluded Roy. “ The system is collapsing yet the BLM shows no sign of slowing down or altering course as it was advised to do almost a decade ago by the National Academy of Sciences.”

The federal register notice kicks off a 30-day protest period after which the RMP amendments will become final.