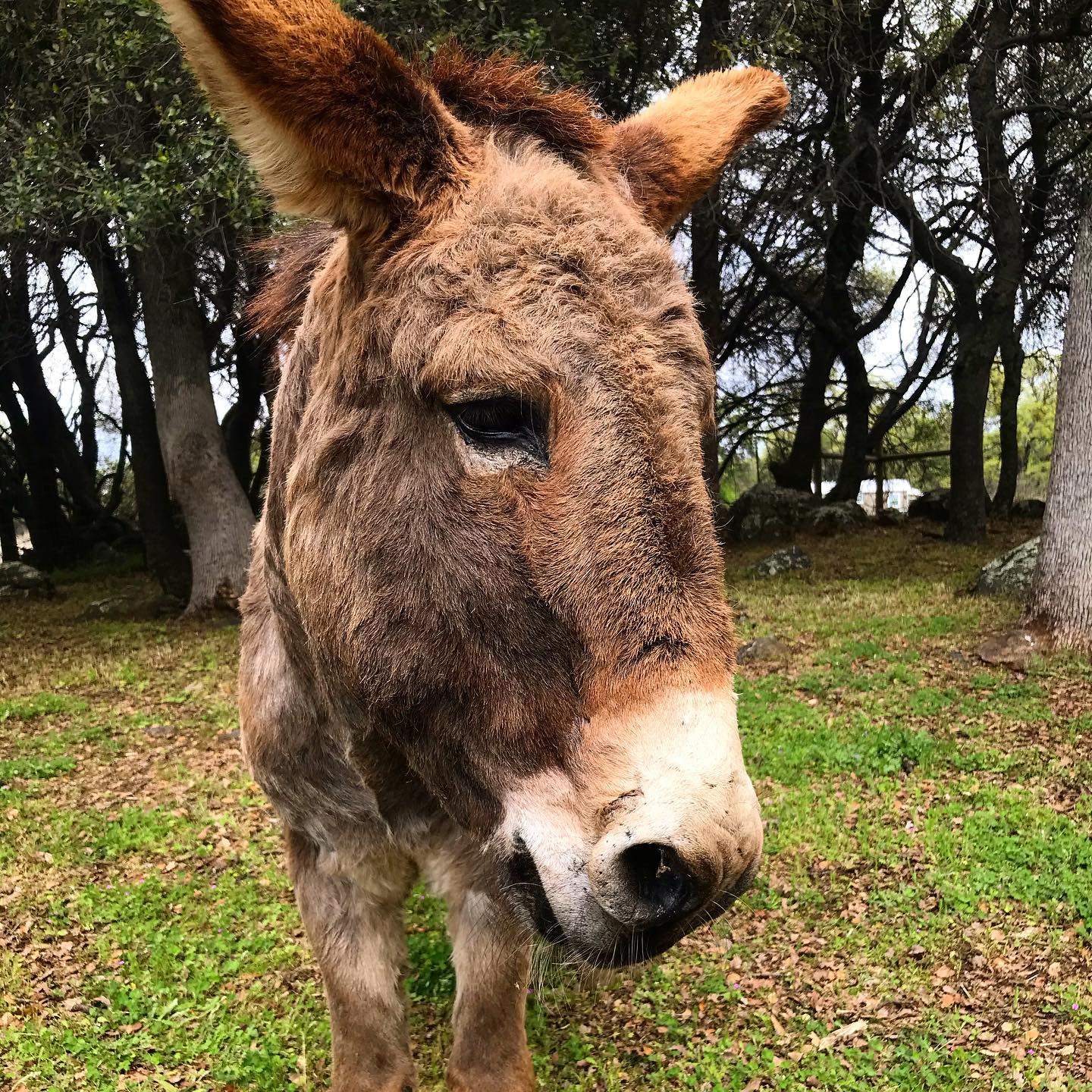 (April 15, 2020) Amid the dramatic and impressive rescue coined Operation Fish Springs, Deb Walker, AWHC’s Nevada Field Representative, found a 21-year-old burro on the online corral. His defeated face and droopy ears spoke to her and everyone at AWHC. Because of his age, this gentle old man was considered a sale authority burro, meaning he could be sold for $25 with title transferred immediately. Obviously, everyone was concerned about this because of the recent uptick in burros ending up in kill pens. 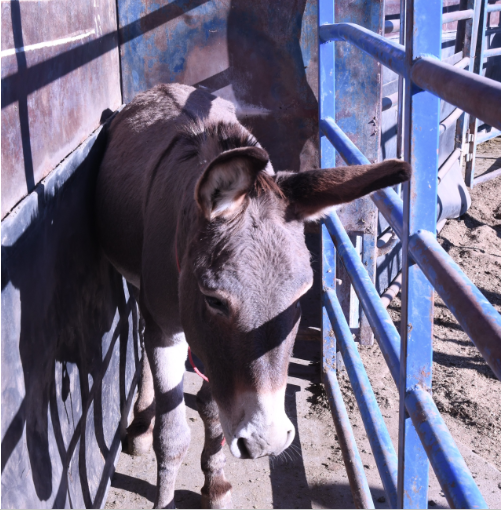 For 21 years, this burro spent his life free-roaming with his herd in the Seven Troughs Mountain Range in Pershing County, Nevada. He was rounded up in 2019 and sent to the Carson City Prison.

AWHC reached out directly to the Center for Animal Protection and Education (CAPE), a fantastic animal rescue and education organization that specializes in special needs and older animal rescues. AWHC has previously had the honor of working with CAPE in 2015 to help Billy the Burro, a burro found on the side of the road, abandoned in a remote area of BLM land in Nevada. CAPE helped turn his heart-wrenching story into one of hope and compassion taking Billy in with open arms.

When CAPE staff saw the 21-year-old burro, now named Papa Antonio, they extended the same compassion and love towards him, and agreed to take him in.

In February, while five AWHC employees anxiously refreshed their computers to bid on the Fish Springs horses in the BLM auction, one spent the afternoon bidding on senior burro. She placed a max bid three minutes before the end of the auction and won!

The next steps were essentially just a waiting game. AWHC and CAPE staff had to wait for Papa to be processed and transferred from the prison to the BLM’s Palomino Valley holding corrals near Reno before we could go pick him up. After almost two and a half months of waiting, we finally got the ok to bring him home!

A caravan of CAPE employees and volunteers packed into a truck, hitched up the trailer and started the drive from their sanctuary in Grass Valley, California, across the mountainous passes of the Sierras, toward Reno. Two AWHC employees and an AWHC’s photographer greeted them at Palomino Valley.

We were all ready for this old man to get on with his new life. It took a bit of convincing to get him in the trailer, but the BLM employees were skilled and patient with him. Eventually, he loaded, and he was off to the next leg of his adventure. He went to CAPE’s veterinarian, who is also an accomplished trainer, to learn to accept people and to be halter trained. Papa flourished under her expert care, and after about a month, Papa came home to CAPE’s sanctuary!

Everyone here at AWHC is confident in the love and care CAPE has and will continue to show him. We know he will be a part of the family in no time! For now, his ears aren’t drooping and his eyes are filled with curious wonderment rather than defeat and sadness.

You can help provide for Papa Antonio’s care and learn more about the sanctuary here.

Every time a supporter like you donates to AWHC’s rescue fund, you are directly helping us save a life like Papa’s. We couldn’t pull off rescues like this without your help and without a network of compassionate and accomplished partners, like CAPE. We are so lucky and grateful to have them as partners in animal rescue and friends for life!