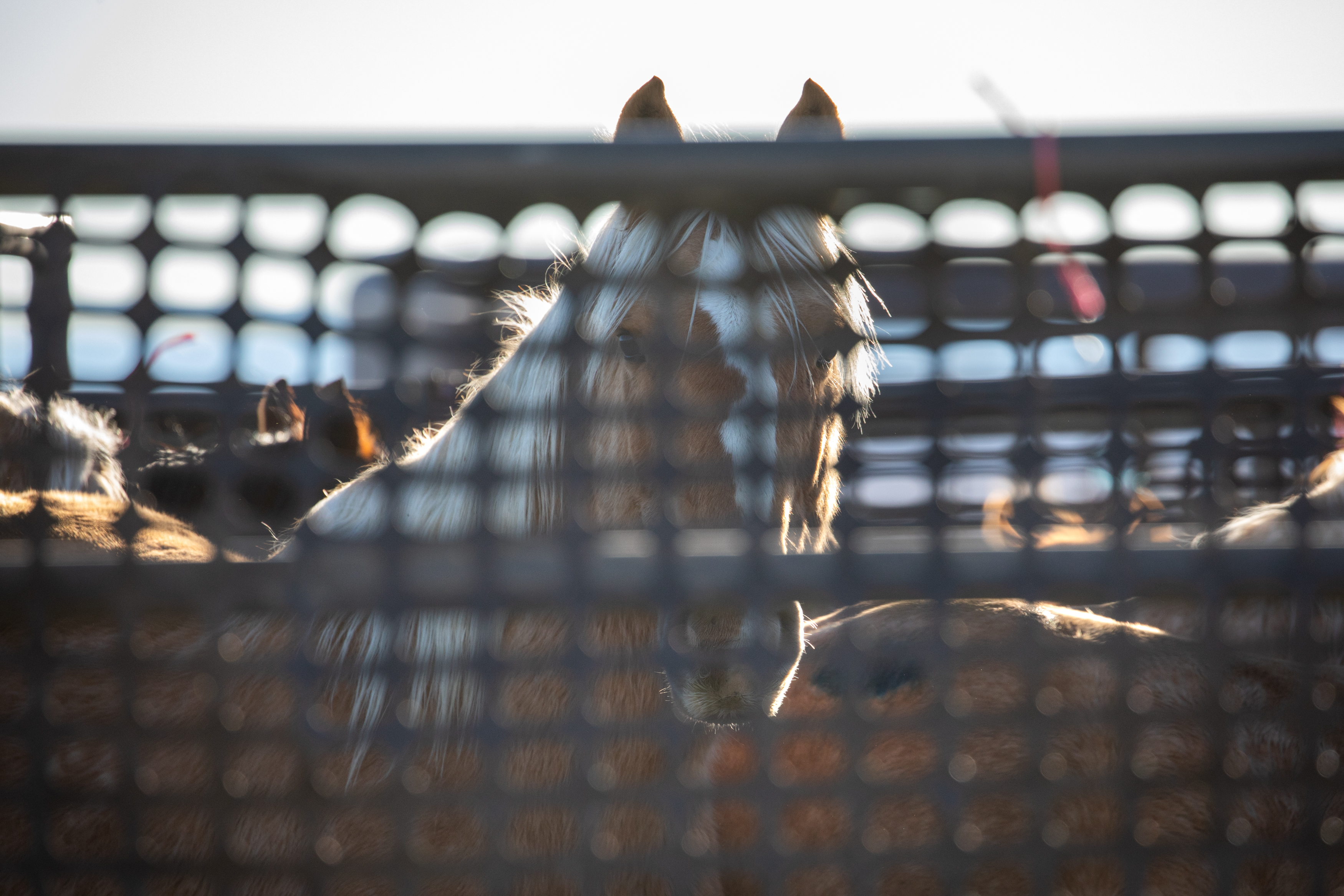 Analysis: Hundreds of Millions of Tax Dollars Flow to Livestock Industry to Round Up and Warehouse Wild Horses

Analysis: Hundreds of Millions of Tax Dollars Flow to Livestock Industry to Round Up and Warehouse Wild Horses

For nearly five decades, the Bureau of Land Management (BLM) has been rounding up wild horses and burros with helicopters, stampeding them into traps, and stockpiling them in holding facilities. 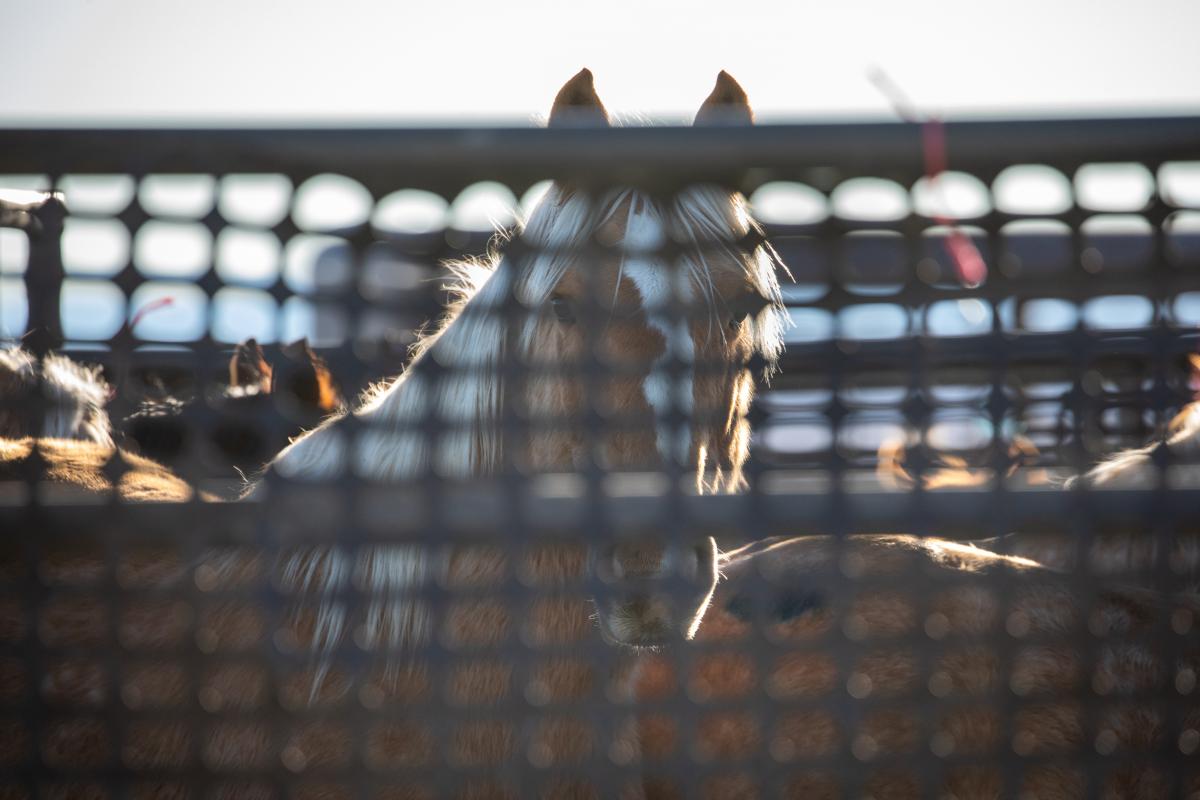 The BLM’s management program is not much different from the brutal mustanging practices that Congress intended to stop by passing the Wild Free-Roaming Horses and Burros Act of 1971. And it has persisted despite many critical reports over the years from the National Academy of Sciences, General Accountability Office, and the Office of Inspector General labeling the program as costly, inefficient, and ineffective in managing the nation’s wild herds.

As the Program’s annual budget has skyrocketed (from $19.8 million in 2001 to $116 million in 2021), the agency has publicly promised reform. But it has continued to pump millions into an endless cycle of roundups and removals while spending less than one percent of its budget on the scientifically recommended and more humane option: fertility control.

Why? Pressure from the livestock industry, which reaps big profits from every horse born on the range and rounded up, could be a reason considering that preventing births on the range through birth control would stem this flow of profits. It’s a federal gravy train that’s putting millions in the pockets of cattlemen to round up these federally protected animals and store them by the thousands in feedlots. Based on publicly available information, livestock operators have earned the following:

So, who’s been profiting from this broken system? Below are just some of the players. 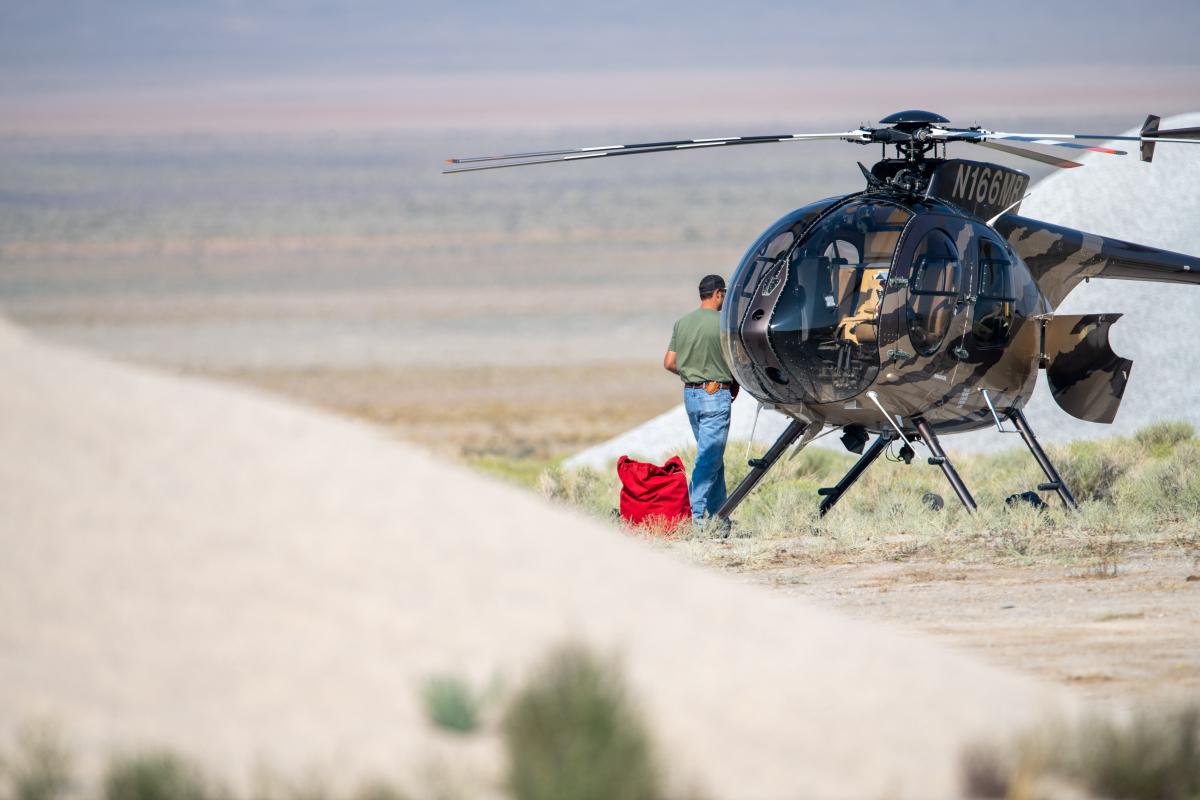 Removing wild horses and burros for the federal government is a lucrative business. While helicopter roundups average between $800–$1,000 per horse/burro, bait trapping is less expensive—about half the cost per animal. No matter the method, however, the business of taking wild horses and burros from their federally designated habitat on public lands has turned a handsome profit for some Utah, Nevada, Arizona, and Oregon cattlemen.

Here’s the lineup of past and current wranglers: 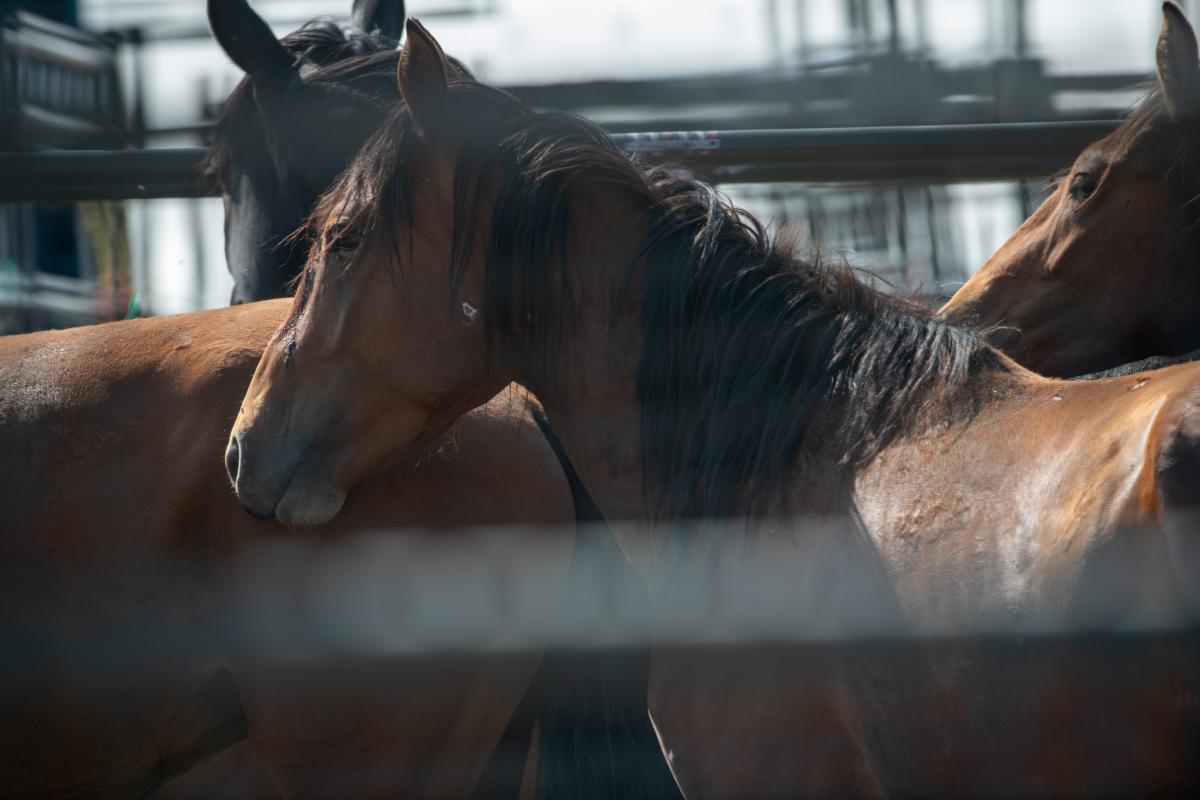 After the roundups, BLM trucks wild horses and burros by the semi-load to 28 short-term holding facilities (i.e., corrals), four of which are privately owned corrals. Of the 18,891 horses and burros in short-term corrals as of November 2021, 5,571 are stored in these private facilities. (Note: USFS operates two short-term holding facilities, neither of which are privately owned; horses beyond its capacity to hold are sent to BLM corrals.)

Conditions at these short-term holding facilities are notoriously harsh: crowded feedlot pens that offer little to no shelter from extreme summer heat or winter winds, snow, and cold, and multiple lapses in biosecurity protocols.

Here’s a summary of facilities that are making money on these contracts:

Despite these exorbitant costs, the BLM is plowing ahead to secure even more private corrals. In 2020, it sought bids for proposals in the states of Idaho, Nevada, and Utah. Recently, the agency finalized its Environmental Assessment on a 100-acre to 4,000 wild horses and burros in Winnemucca, Nevada where residents are expressing multiple concerns about negative environmental impacts, such as odor, dust, and water quality. If it acquires the requisite state permits, this new facility will reap its operator, JS Livestock, an estimated $20,000 per day or $7.3 million annually to warehouse wild horses in feedlot pens. 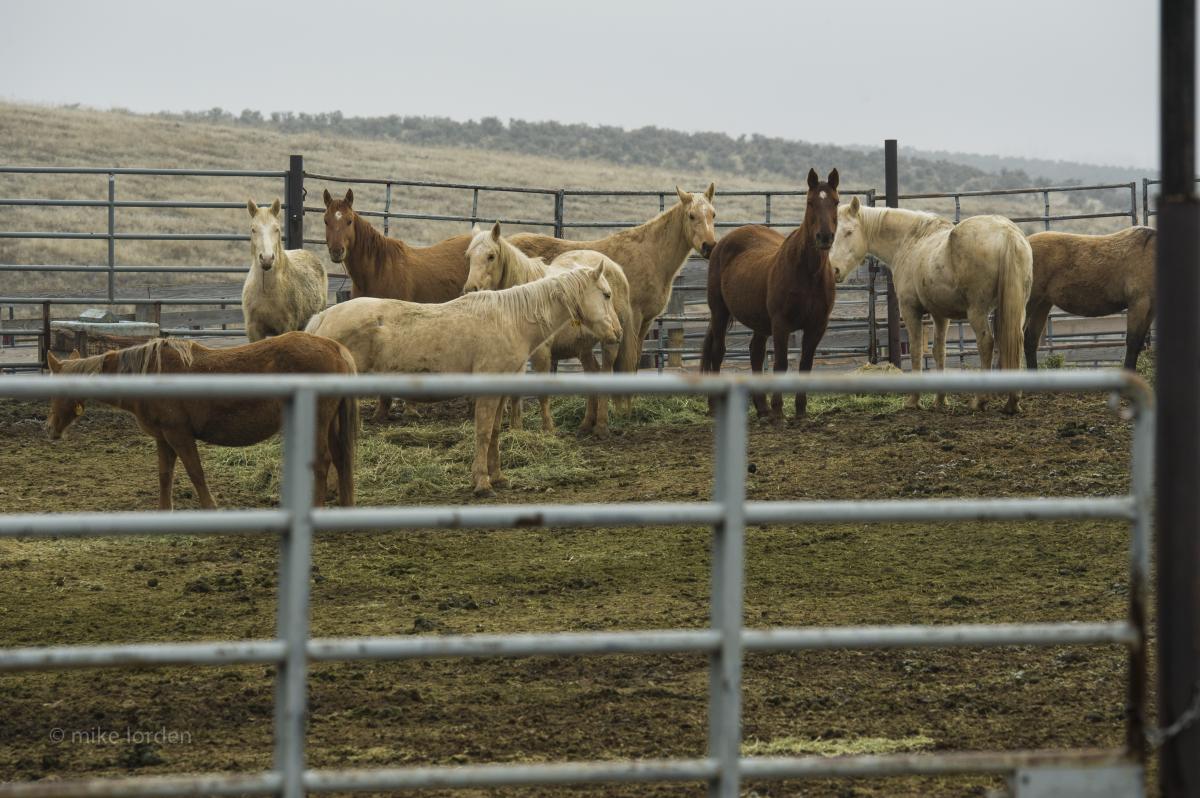 Although these short-term facilities are intended to hold horses and burros for a few years at most, that’s not the reality. While a few are eventually adopted, sold for $25 with limitations, or transferred to private long-term pastures, others are long-term residents—foaling, languishing, and dying in overcrowded pens, deprived of the freedom they once knew and deserve.

A recent FOIA request shows that as of January 1, 2020, 17 burros at Axtell have been there since 2012 and many others since 2013 and 2014. Also, past FOIA records of horses at the Indian Lakes, Bruneau, and Axtell corrals reveal that horses are staying in these feedlot pens for years. At the Bruneau Off-Range Corrals in 2017, 68% of the 2,330 horses had been there since 2012 or earlier.

The top five contractors for long-term holding are—

As of November 2021, there are 39,172 horses in long-term pastures. Although maintaining horses on these pastures is less expensive than in corrals—approximately $2.00 per horse per day vs. approximately $5.00 per horse per day—the costs are still formidable and growing. The below table shows the BLM’s annual expenditures for long-term holding facilities from 2017–2021, which consumes about one-third of the Program’s expenditures.

In just the last two years, the BLM awarded contracts for several new long-term pastures that would accommodate between 300 and 1,240 horses each, adding to its vast network of holding facilities for wild horses and burros captured and removed from the range. Given that the BLM plans to remove 20,000 wild horses and burros each year for at least the next decade, the population in government holding facilities and the associated expenses are expected to balloon considerably—in particular, annual LTH costs are anticipated to hit $94M in just four short years.

Every year, America’s wild horses are being removed from public lands by the thousands to maximize land available for private ranchers to graze their livestock for almost next to nothing.

The going rate for grazing on private land in the West is about $23.00 per AUM. But for the small number of ranchers who hold permits to graze livestock on public lands—some of which are owned by wealthy corporations such as J.R Simplot—the grazing fees are a fraction of that cost. This year, the federal grazing fee is $1.35 per AUM. That’s a steep discount, thanks to the taxpayer subsidies that prop up this federal entitlement program that loses millions of dollars each year.

For example, in FY2017, the BLM spent $79.0 million on the Grazing Program, but only brought in $18.3 million in grazing fees, of which a maximum of $6.9 million would have returned to the U.S. Treasury—this amounts to a loss of at least $72.1 million in that year alone!

Thus, the BLM wild horse roundup program is benefitting the livestock industry on all sides—from the ranchers who graze more subsidized cattle on the public lands when wild horses are removed, to the contractors who make millions rounding up wild horses and burros, to the cattle companies that store horses in feedlot holding pens or turn them out on pastures for millions annually.

An Opportunity for Seismic Change

It’s time to stop the gravy train to the livestock industry interests that profit from the endless cycle of wild horse and burro removals.

AWHC has been working with our partners on Capitol Hill to push for vital legislation to protect America’s wild horses and burros and to urge the BLM to direct funding away from roundups and toward a more humane, sustainable management strategy. The Interior appropriations bills released by both the House and Senate Appropriations Committees dedicated $11 million of BLM’s FY2022 Wild Horse and Burro Program budget to reversible fertility control vaccines.

Please contact your federal legislators now and urge them to support humane on-the-range management of wild horses and burros to keep these iconic animals in the wild where they belong! You can call the Capitol Hill Switchboard at 202-224-3121 and ask to be connected to your two Senators and your one U.S. Representative—you will likely be asked to leave a message.