(November 17, 2018)...We attended the adoption/sale event yesterday for older Devils Garden wild horses captured in last month’s roundup in the Modoc National Forest. Approximately 40 of the estimated 260 horses in the Double Devil holding pens were adopted or sold.

These are the horses who the Forest Service intends to sell without limitation on slaughter for $1 a piece in less than two months. Adopters and purchasers at the event yesterday appeared to be a mix of rescues and trainers and no large purchases of horses were made. (The Forest Service was selling horses for $25 a piece with up to 24 horses allowed to be purchased at a time.)

The horses being offered for sale or adoption are primarily age 10 and over with some elder horses in their late teens and twenties. The horses are colorful group with roans, greys, blacks, pintos, buckskins and bays. The FS told us of one group of senior stallions in their 20’s they call the Hollywood herd and have names individuals after actors like Robert Redford. Most of the horses appeared to be healthy, but some appeared to be elderly and thin. Two stallions are suffering from a skin condition that has caused strange hair loss on their face and torso. Some of the gelded stallions appeared to have been very recently castrated and were not yet fully recovered. 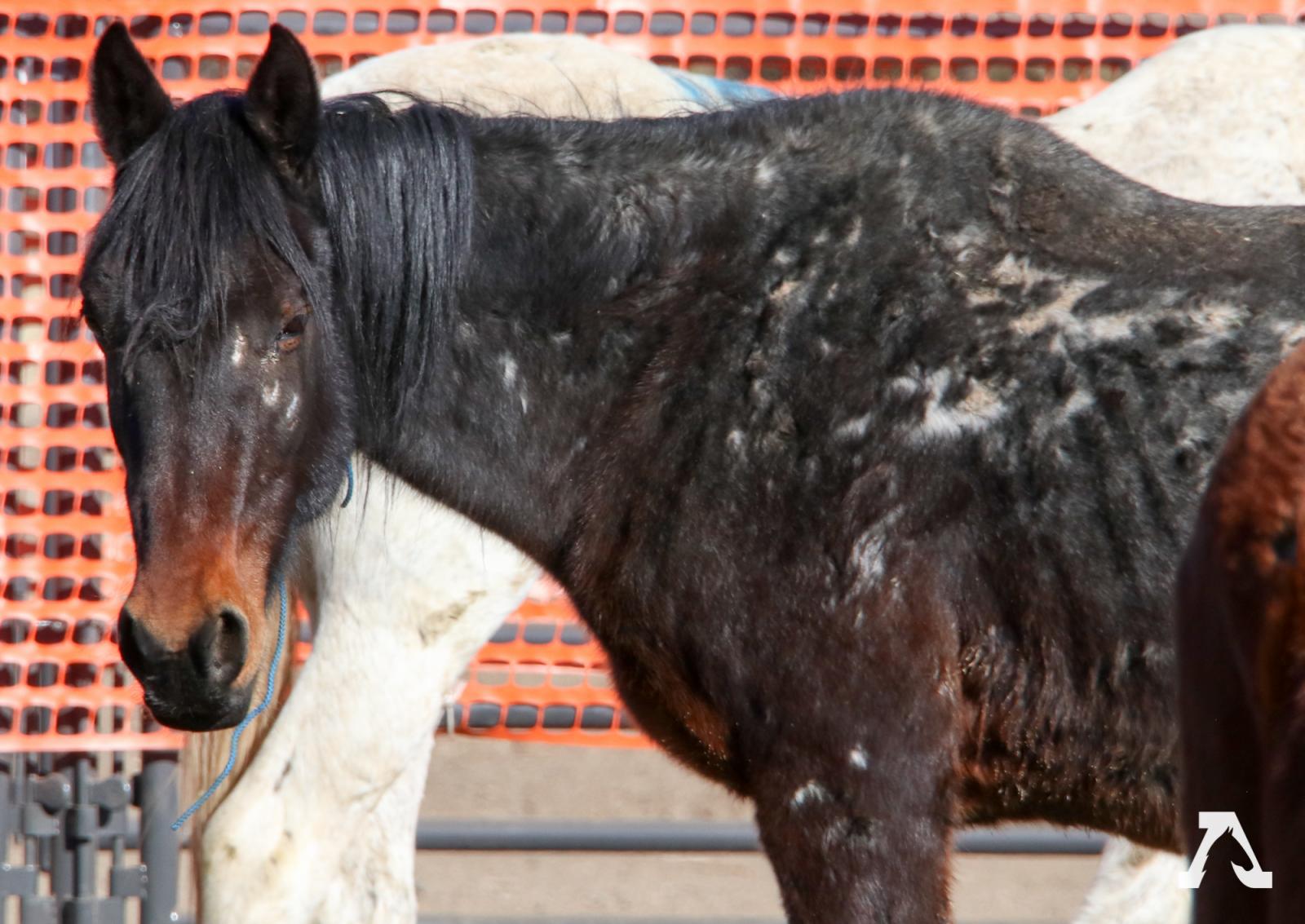 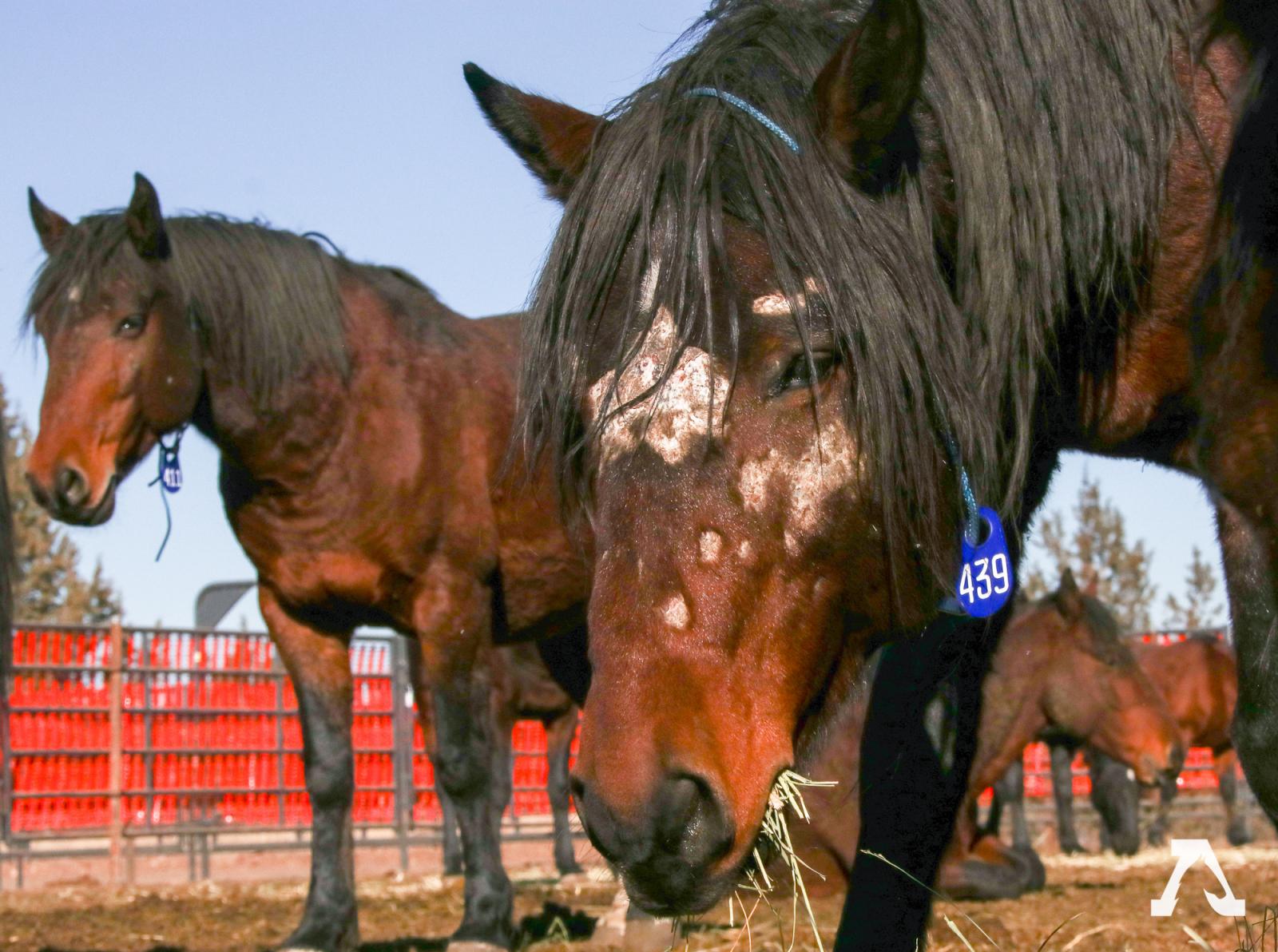 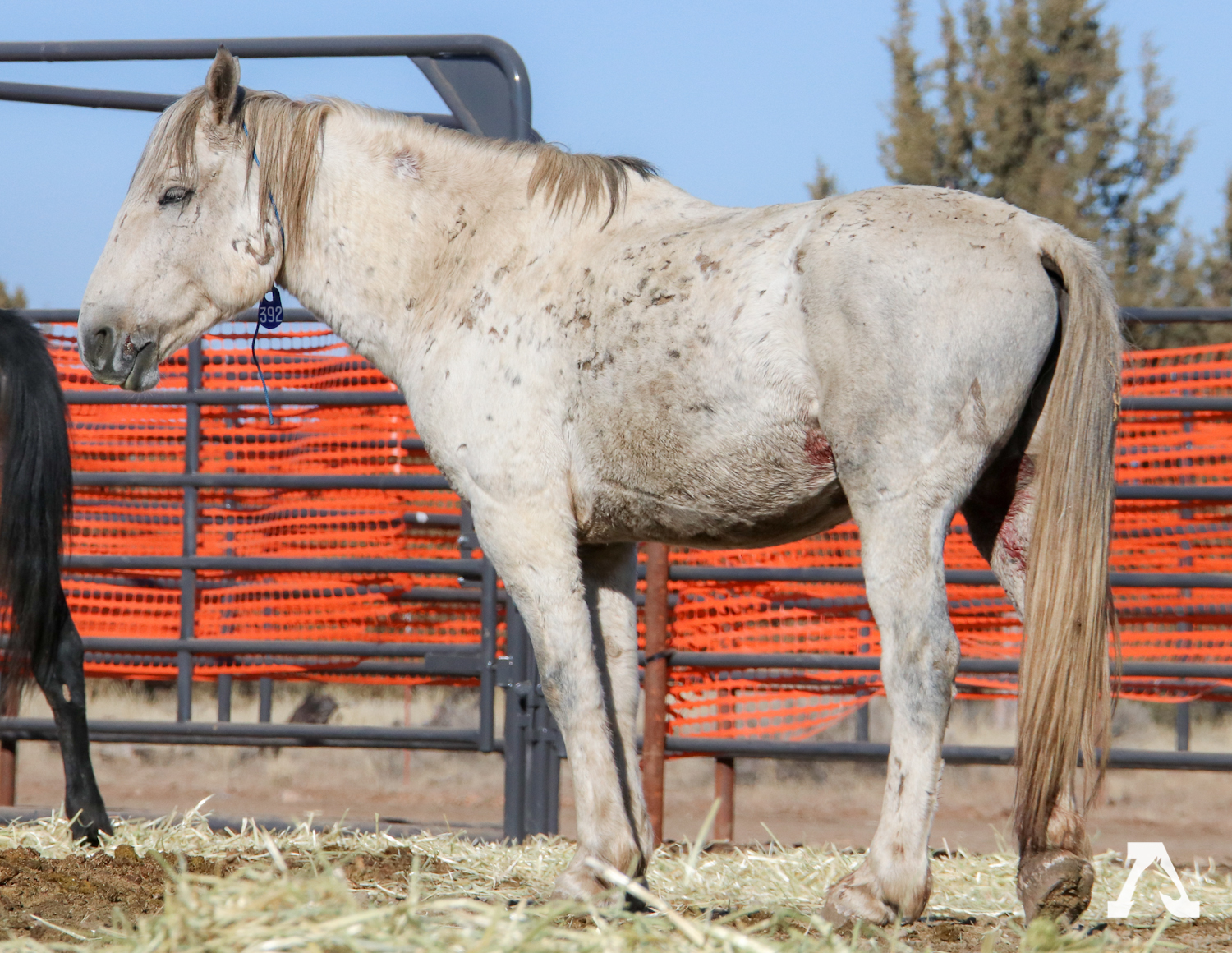 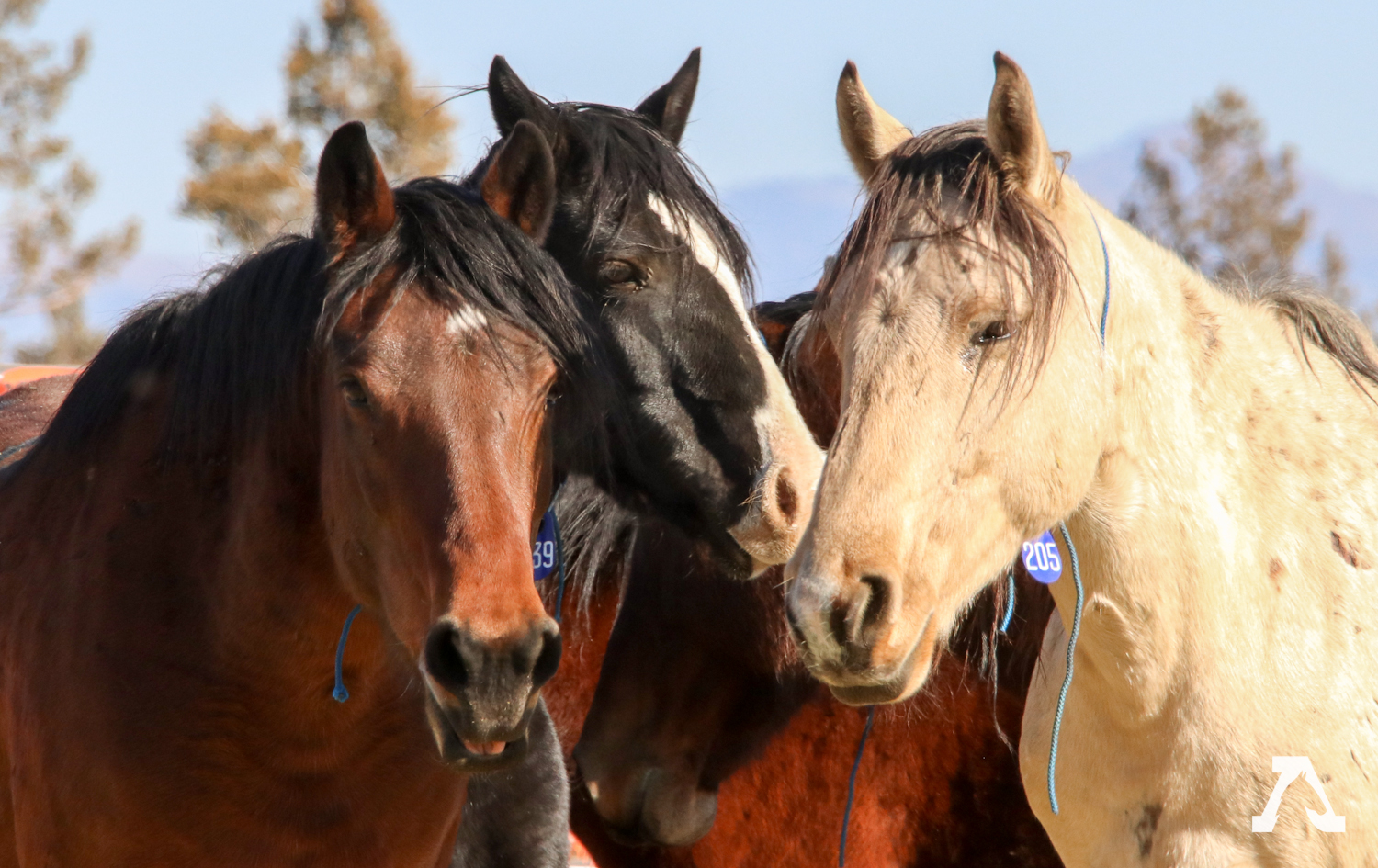 It’s always sad to see formerly wild horses in pens but especially heartbreaking to see these noble older mustangs, once running proud and free, now languishing in feedlot pens. The stress of the capture and captivity is obvious in the mares who, according to the Forest Service, are “dropping foals every day” but delivering stillborns. Only one foal has survived so far.

Mares whose foals survive will be moved to a “nursery pen” where the mare/foal pairs will be offered together for sale until the foals are weaning age. After that they will be separated, but the Forest Service isn’t sure whether they will be sent to the BLMs Litchfield Corrals or kept in the corrals on the Modoc.

On the way to the sale/adoption event, We stopped to see the over 600 younger horses captured in this roundup who were sent to the BLMs Litchfield Corrals, where they will be offered for adoption. Again we saw pens full of beautiful, colorful, innocent horses who face an uncertain future. Those who are unadopted after three tries and become sale authority may be sent back to the Forest Service corrals where they will be offered for sale, possibly for slaughter.

The ability of the Forest Service to sell these horses will depend on space availability at the corrals on the Modoc Forest, ie how quickly they can place the older horses. The same goes for the Forest Service plans for a 1,000 horse round up next year. The FS ability to round up more horses depends on their ability to place horses captured in this roundup. They do not plan on providing long term care for the horses, thus their sale without limitation on slaughter plan.

The Forest Service claims that all this is necessary because the horses are destroying the range. They also claim that the horses on the range are starving. The credibility of this claim is undermined significantly by the fact that the vast majority of horses observed both on the range and when captured in the last mont appear to be fit and healthy. It’s also undermined by the fact the the Forest refuses to acknowledge the role of massive tax-subsidized livestock grazing has played in damaging the public lands in the area. Over 5,000 cattle and 2,900 sheep are authorized to graze six months a year in Devils Garden, including during the critical growth period in spring. The Forest Service says the cattle are “managed” and have less impact, but the destructive impacts of intensive seasonal livestock grazing are well established.

AWHC is focusing our efforts on stopping the Forest Service from selling horses for slaughter via our litigation, grassroots advocacy and political action. Our lawsuit, filed by our excellent legal team at Meyer Gltizenstein and Eubanks (who is 12 for 12 in winning our wild horse cases), is proceeding and we expect to win, given that the sale-for- slaughter plan is illegal, especially in California where the sale of horses for slaughter is a felony. And our elected officials continue to speak up. Last week Attorney General Xavier Becerra joined U.S. Senator Dianne Feinstein and Assemblymember Todd Gloria and 22 of his colleagues in speaking out against the plan.

Meanwhile, hundreds of Devils Garden wild horses are in . need of safe placement. If you would like to give one of these beautiful wild horse a good home, you can find out more information here and here.

Read Our Report from Day 2