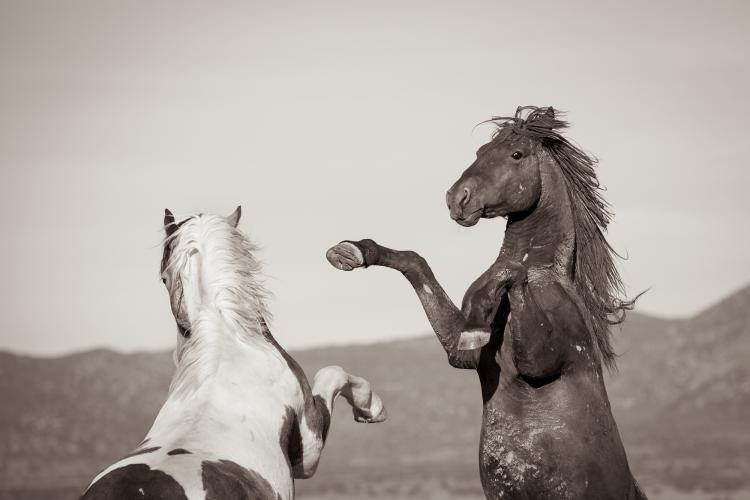 “This is key legislation to make sure California’s horse population is not illegally sent to slaughter by the Trump Administration or anyone else,” said Assemblymember Todd Gloria. “Californians have long made clear that we oppose the slaughter of horses. With this bill, we close a loophole that could lead horses to harm. I want to thank Governor Newsom for supporting these stronger animal protections.”

Last year, approximately 80,000 American horses (domestic and wild) were trucked to Canada and Mexico for slaughter for human consumption. Less than a year ago, the U.S. Forest Service round up 932 wild and domestic horses in the Modoc National Forest. This year, in response, Assemblymember Gloria has authored Assembly Bill 128 to strengthen California’s protections of its wild and domestic horse population.

AB 128, sponsored by the American Wild Horse Campaign, protects wild and domestic horses from slaughter by requiring new signage, disclosures and sworn statements at all private and public auctions where horses are sold in California. In addition, auction operators will be required to examine horses for identifying information and post this information on the auction’s website and social media accounts. This includes brands, tattoos, and scanning the horses for microchips.

“We're so grateful to Assemblymember Gloria for standing up for California horses by introducing AB 128,” said Suzanne Roy with the American Wild Horse Campaign. “Thank you to Governor Newsom for signing this important bill, which furthers the overwhelming will of California citizens to protect our state's horses, both domestic and wild, from the cruel fate of slaughter.”

In October, Assemblymember Gloria and 22 of his colleagues joined U.S. Senator Dianne Feinstein to oppose the U.S. Forest Service’s sale of wild horsesrounded up in Modoc National Forest “without limitation” which is tantamount to selling them to slaughter.