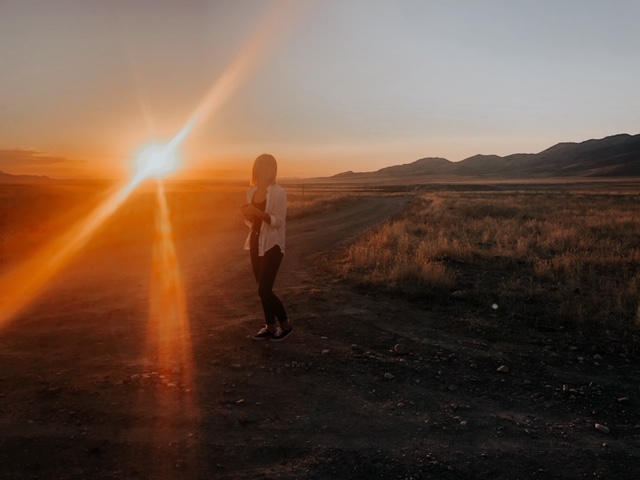 Grace Kuhn: My first visit to public lands brought on heartbreak and motivation

Grace Kuhn: My first visit to public lands brought on heartbreak and motivation

In celebration of National #PublicLandsDay, we're sharing our staffers' own most memorable wild horse experiences on public land. These are their personal accounts. We hope they’ll inspire you to get out there, explore public lands, and learn more about free-roaming horses and burros.

The first time I visited public lands or saw wild horses was, unfortunately, at a Bureau of Land Management (BLM) helicopter roundup in the Kamma Mountains in Nevada. The drive to get to the trap site took us about two hours into some of the wildest lands I had ever seen.

You see, I hail from the East where the public lands are few. I had, of course, traveled to various National Parks in western states and while incredible, the tourists were plentiful. I spent most of the time in a car stuck in traffic while excited families jumped out of theirs to take photographs of wildlife.

On this drive into public lands though, I saw no one. Just vast, open rangelands that were so quiet you could nearly hear your own heart beating. This had been what I was looking for in those National Parks -- pure, unadulterated wildness.

At one point in the drive just as the sun was coming up, I saw a lone mustang far in the distance. It was an exhilarating sight - a real wild horse living free. The excitement was short-lived as I remembered where we heading. He had no idea what was going to take place in just a few hours.

The roundup we were en route to document was in a wild horse complex that consisted of 2.2 million acres of public land with five Herd Management Areas within it. The arbitrary number of mustangs the BLM said the land could sustain was between 333 - 553. The low end (which was the agency's target removal goal) equated to 1 horse for every 6,600 acres. It's frustrating to read those numbers on a screen but it's downright maddening when you're standing on those lands. Your lands, I mean - your public lands.

I watched a black foal who was separated from his family be roped by a child on horseback who couldn't have been more than 12 years old. He startled the baby causing him to flip over onto his back and protest as much as his little body could. With my hand over my mouth, I looked on as the contractors stampeded herds of horses dangerously down a steep mountain with seemingly no regard for their safety. You could back off, I thought. They will still come down that mountain without you terrorizing them. I watched a mare stay with her exhausted foal, shielding him from the giant helicopter that hovered above them. It was heartbreaking, enraging and it all seemed so unnecessary. There would be three more days of this.

After the trip, I felt depleted and emotional but most of all, I felt motivated. Those days out on public lands witnessing wild animals losing the two things they value most -- family and freedom -- changed me.

I've been with the American Wild Horse Campaign for 7 years this October. The motivation I felt on that day to do more, has stuck around. I have now spent countless days on public lands - not just for work, but in my own personal time. I converted a van and traveled with my husband and dog, working full-time in landscapes flanked by red rocks and sagebrush. We renovated an airstream for more space, and I intend to take it back out onto these lands that now feel so comfortable and familiar.

No matter where you live, whether it’s on the eastern shore, or looking out onto a cornfield in the midwest, the public lands and the wild horses and burros that live there are yours. Your tax dollars pay for their management because your tax dollars pay for the management of public lands. We all have a right to influence what happens to them. Whether they are left free to roam or stampeded by helicopters. You have a voice and can truly create change if you raise it.

Thanks for standing with us. #PublicLandsDay

Grace Kuhn is the Communications Director for the American Wild Horse Campaign. She attended Virginia Commonwealth University in Richmond, Virginia with studies concentrated in Arts & Humanities. She has worked with AWHC since 2012, and is responsible for running our awareness campaigns and bringing you the latest information surrounding wild horses and burros. In addition to her passion for the protection of these animals, she lends her time to other animal, environmental and social justice issues. She currently resides in the Washington, D.C. area with her husband and rescued pit bull but travels as much as she can on America's public lands.