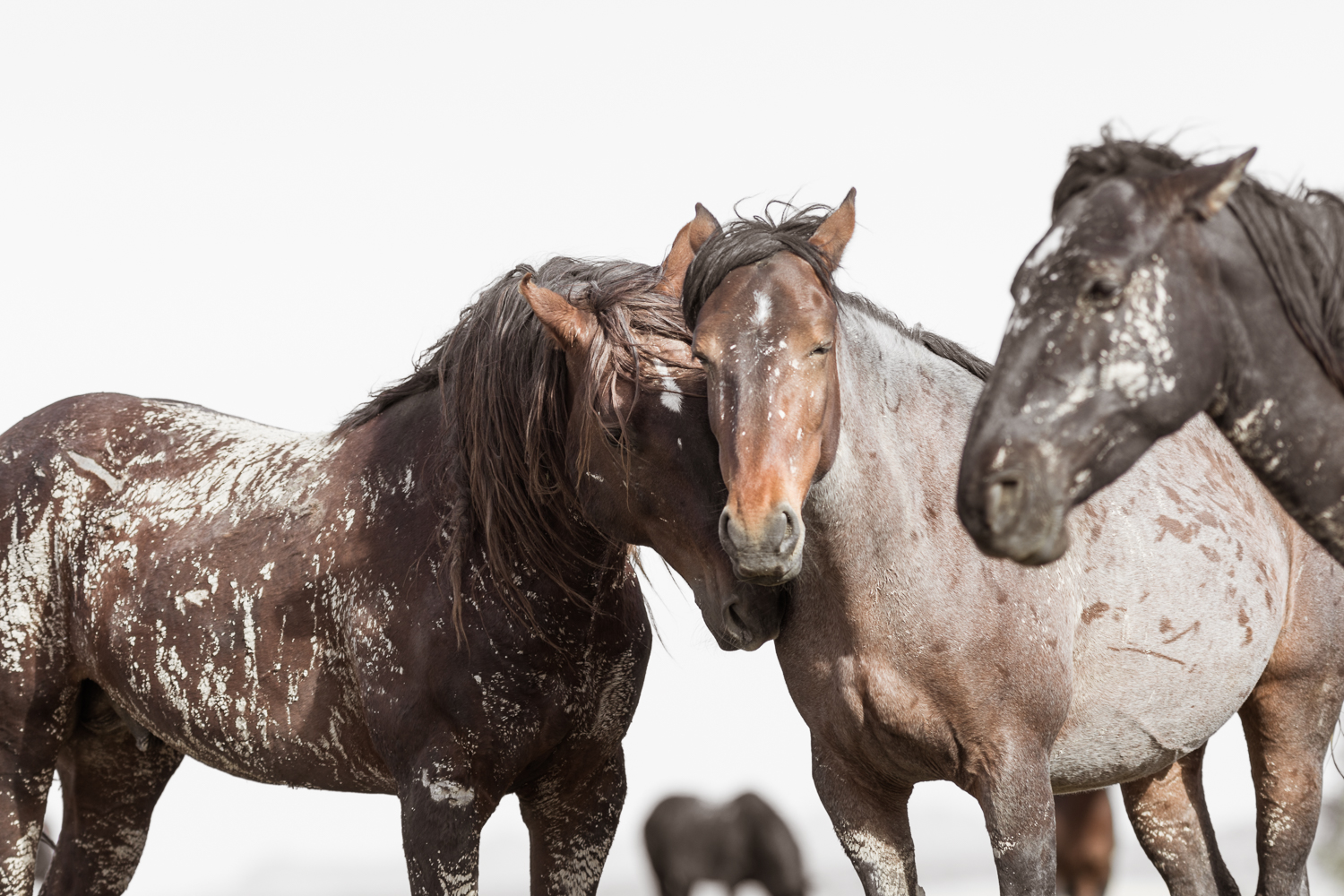 WASHINGTON, DC (July 10, 2020)…Today, two of the nation’s leading wild horse protection and humane organizations expressed disappointment with the U.S. House Appropriations Committee’s decision this morning to approve Fiscal Year 2021 Interior appropriations legislation giving the Bureau of Land Management (BLM) $102 million for its wild horse and burro program. In a report delivered to Congress in May, the agency said that it intended to use the funding to round up as many as 20,000 wild horses a year from Western public lands.

In passing the bill unamended, the committee ignored requests by key members, including U.S. House Natural Resources Chair Rep. Raul Grijalva, Public Lands Subcommittee Chair Deborah Haaland, and Rep. Marcy Kaptur (D-OH) of the Appropriations Committee, to require the BLM to implement humane fertility control as an alternative to cruel and unsustainable roundups and to prohibit surgical sterilization of wild horses and burros.

The bill carries over the 27% budget increase Congress awarded the BLM wild horse and burro program last year after the Humane Society of the United States, the ASPCA, and Return to Freedom joined the cattle industry in lobbying for a mass wild horse roundup plan. Although the groups portrayed the plan as a humane fertility control program that did not include brutal surgical sterilization methods, they have not supported efforts by Congressman Grijalva and others to require the BLM to fund humane, reversible fertility control programs or prohibit surgical sterilization.

“The House Appropriations Committee missed an opportunity to say ‘whoa’ to the BLM’s rampant mismanagement and mistreatment of our nation’s wild horses and burros,” said Suzanne Roy, Executive Director of the American Wild Horse Campaign. “Committee members just let down the American public and our iconic wild horses and burros by voting to hand over $100 million in taxpayer funds to the BLM to continue its unscientific, unsustainable and inhumane wild horse and burro roundup program.”

“It’s time for Congress and the White House to rein in this costly, swampy spending spree that’s destroying our iconic American wild horse and burro populations,” said Marty Irby, a lifelong horseman and executive director at Animal Wellness Action. “House and Senate Leadership and President Trump should saddle up and demand that our hard-earned tax dollars funding the BLM be used to implement PZP birth control instead of cruel helicopter chases, mass roundups, and the incarceration of the horses whose backs our nation was built upon.”

The groups said they support the Committee’s decision to continue the ban on slaughter of wild horses and burros under the jurisdiction of the BLM and U.S. Forest Service, but vowed to continue to fight for reform of the BLM’s woefully mismanaged wild horse roundup program, which the National Academy of Sciences has called “expensive and unproductive for the BLM and the public it serves.”

The bill now heads to the full House for a vote. The Senate version of the bill is still pending.

Animal Wellness Action (AWA) is a Washington, D.C.-based 501(c)(4) organization with a mission of helping animals by promoting legal standards forbidding cruelty. We champion causes that alleviate the suffering of companion animals, farm animals, and wildlife. We advocate for policies to stop dogfighting and cockfighting and other forms of malicious cruelty and to confront factory farming and other systemic forms of animal exploitation. To prevent cruelty, we promote enacting good public policies and we work to enforce those policies. To enact good laws, we must elect good lawmakers, and that’s why we remind voters which candidates care about our issues and which ones don’t. We believe helping animals helps us all.