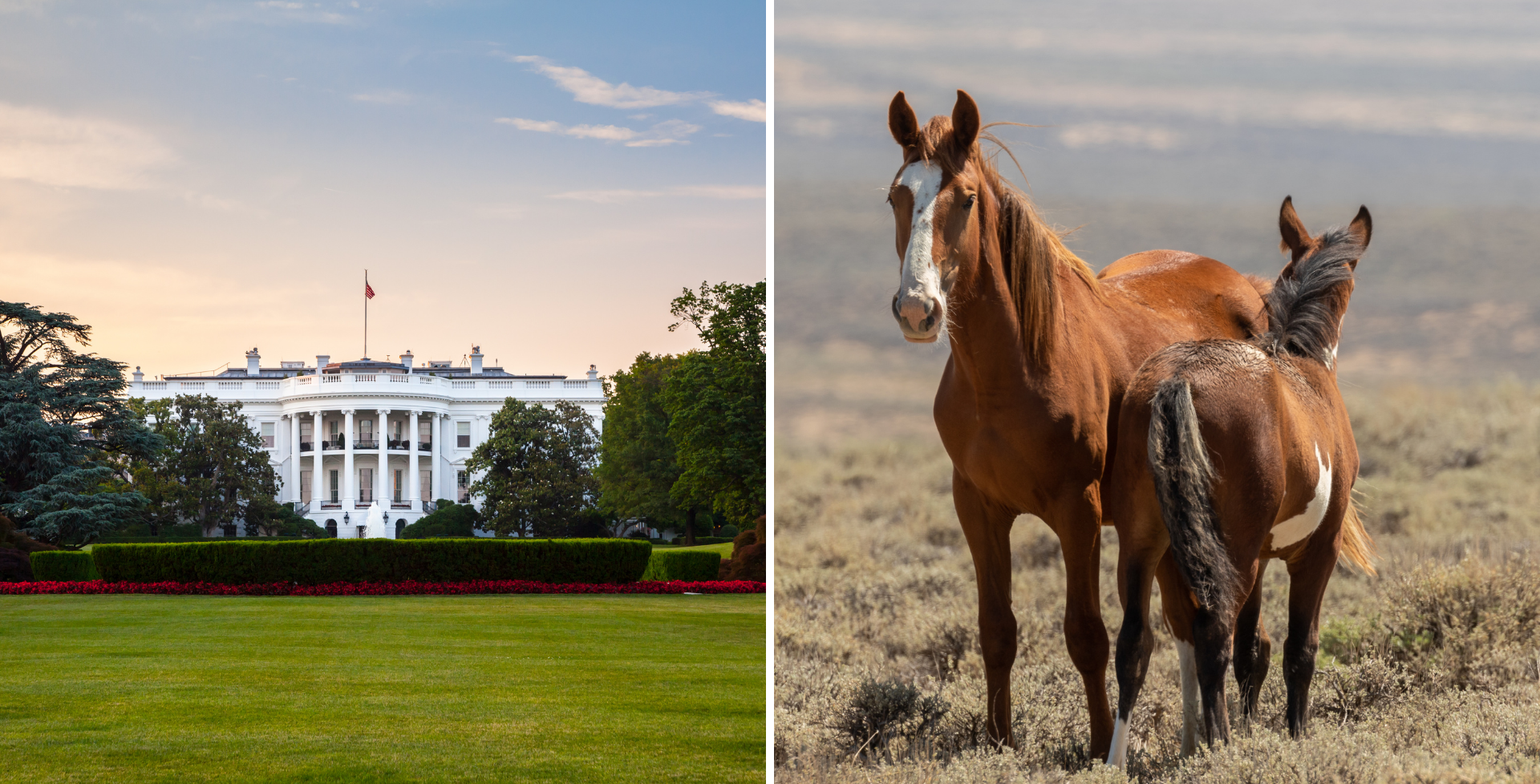 Urgent action is necessary in light of the BLM’s plan to round up 90,000 wild horses and burros from public lands over the next five years, a move that would triple the number of horses maintained in off-range holding facilities while decimating wild herds at a cost to taxpayers of nearly $1 billion. The high price tag associated with the plan makes wild horse and burro slaughter virtually inevitable, despite the overwhelming opposition of the American public to this option.

“By implementing the American Wild Horse Campaign 100-day agenda promptly and definitively, the Biden Administration can set the stage for reform of the federal Wild Horse and Burro Program, which has been mismanaged for decades at great cost to American taxpayers and the wild horses and burros they want to protect on our public lands,” said Suzanne Roy, Executive Director of the AWHC.

There is a mass roundup taking place this month in the Eagle Complex in Nevada, which will remove 1,000 wild horses and leave a remnant herd of just 139 horses on1,200 square miles of public land designated as their habitat.

“The cruel and costly wild horse roundup underway right now in Nevada is emblematic of the BLM’s fiscally reckless and inhumane management policies that threaten the very future of the nation’s iconic and federally-protected wild horse and burro populations. This is a crisis that warrants immediate attention from the incoming administration,” Roy concluded.