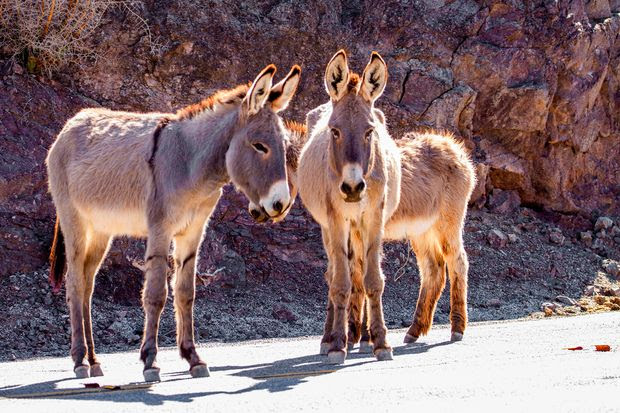 Federal authorities and animal nonprofits have more than tripled the reward for information on the mysterious killing of 42 burros in the California desert.

The reward, which has risen to $58,000 from $18,000, is intended to figure out who is responsible for an unprecedented and unexplained string of killings of the animals. Officials with the Bureau of Land Management say the animals, part of a herd that reside in a Mojave Desert valley near the Nevada border, appear to have been fatally shot from a high-powered rifle while gathered at watering holes.

“It’s when they are at their most vulnerable—burros are otherwise very elusive,” said Grace Kuhn, spokeswoman for the American Wild Horse Campaign, which kicked in $2,500 to the reward fund. The federal government put in $10,000, with the rest coming from animal-rights groups.

BLM officials, who are leading the investigation into the case, said burros have been shot before, but never on this scale. They said they have no information on a potential motive behind the killing spree that began in May.

“I can’t even fathom doing this to an innocent animal,” said Amy Dumas, who heads the BLM’s wild horse and burro program in California. “It’s not like the guy is shooting to feed himself.”

The BLM oversees most of the estimated 16,000 wild burros, a species known to many from the “Shrek” movies, on public land in the West. The descendants of animals first brought to the West by Spanish explorers, burros have in the past drawn criticism from some ranchers because they eat grass and other vegetation also used by cattle.

The reward marks a rare instance of partnership with the BLM by animal-rights groups, which have long opposed the federal agency’s methods of capturing and selling or adopting out some burros.

“We oftentimes do not see eye to eye with the Bureau of Land Management but are happy to collaborate to bring justice to these iconic animals,” said Ms. Kuhn.