AWHC is primarily concerned with the 24 Herd Areas (“HAs”), totaling approximately 1.5 million acres, and 24 Herd Management Areas (“HMAs”), totaling approximately 2.4 million acres that are within the FRTC region of influence. Specifically, AWHC wants to ensure that the one HMA and two HAs which overlap two of the proposed FRTC expansion areas continue to provide protection and habitat for the wild horses and burros who live there. As stated in the EIS, the areas of most concern are the eastern Dixie Valley Training Area (“DVTA”) which overlaps 47,580 acres of the Clan Alpine HMA, the western DVTA which overlaps 7,600 acres of the South Stillwater HA, and the northern B-20 which overlaps 20,400 acres of the Humboldt HA. 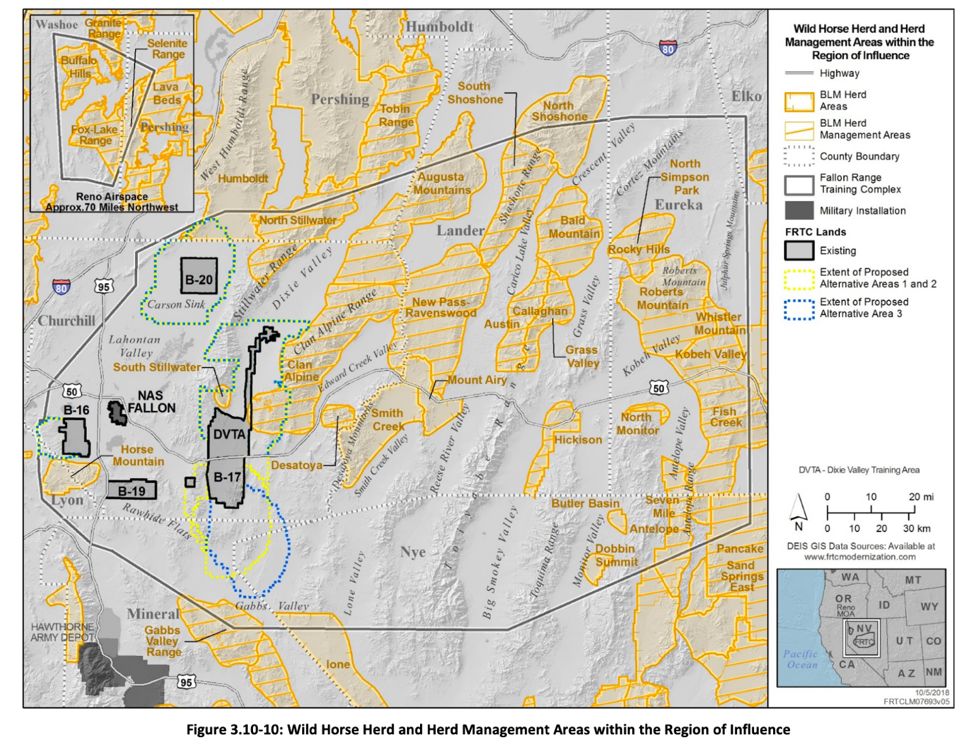 On February 14, 2019, AWHC submitted comments on the Draft EIS, primarily asking the Navy to further explain any management plans the agency has for the wild horses and burros within the zone of influence for this project. We also asked the Navy to explicitly state that any plans to roundup or remove federally-protected wild horses and burros from this area would require a full, separate National Environmental Policy Act (“NEPA”) process.

We will let you know when the Final EIS is published. Rest assured that AWHC will be watching this project closely to make sure that our federally-protected wild horses and burros in this area are not harmed as the project moves forward.