Palomino Valley Roundup: What You Need to Know

Palomino Valley Roundup: What You Need to Know

On January 4-5, 2019, the Pyramid Lake Paiute Tribe, assisted by Cattoor Wild Horse Roundups, conducted a surprise roundup that devastated the residents of Palomino Valley, a rural community northeast of Reno. When it was over, several hundred horses who had been living peacefully in the Valley for years were stampeded by helicopter, captured, removed and sold  for slaughter in Mexico.

Palomino Valley is entirely comprised of public land, and the roundup was conducted without notice to or permission from the property owners there. It was done with the cooperation of the Nevada Department of Agriculture, which issued brand inspections clearing the captured horses for shipment for slaughter, despite legitimate questions of ownership of the captured horses.

When it was over, the Valley was devoid of the wild horses. The horses who residents had named, known, stewarded and watched grow up, were gone - most facing a brutal end in a Mexican slaughter plant.

On the mornings of January 4-5, 2019, men on motorcycles and horseback entered Palomino  Valley, trespassing on private land over the vehement objections of property owners. Aided by a helicopter piloted by Cattoor Wild Horse Roundups, they chased wild horses off the private lands they called home.  Residents and advocate/ eyewitness Maureen Daane (whose photos are included in this article) reported that the helicopter flew low over the residents' homes, frightening residents and their animals, including horses and burros. One resident stated that his two adopted BLM burros, terrified by the helicopter, broke through the fence of their corral and were caught in the roundup. The burros, who were branded, were released from capture but were so traumatized that it took their owners two weeks to get them back in their corral. 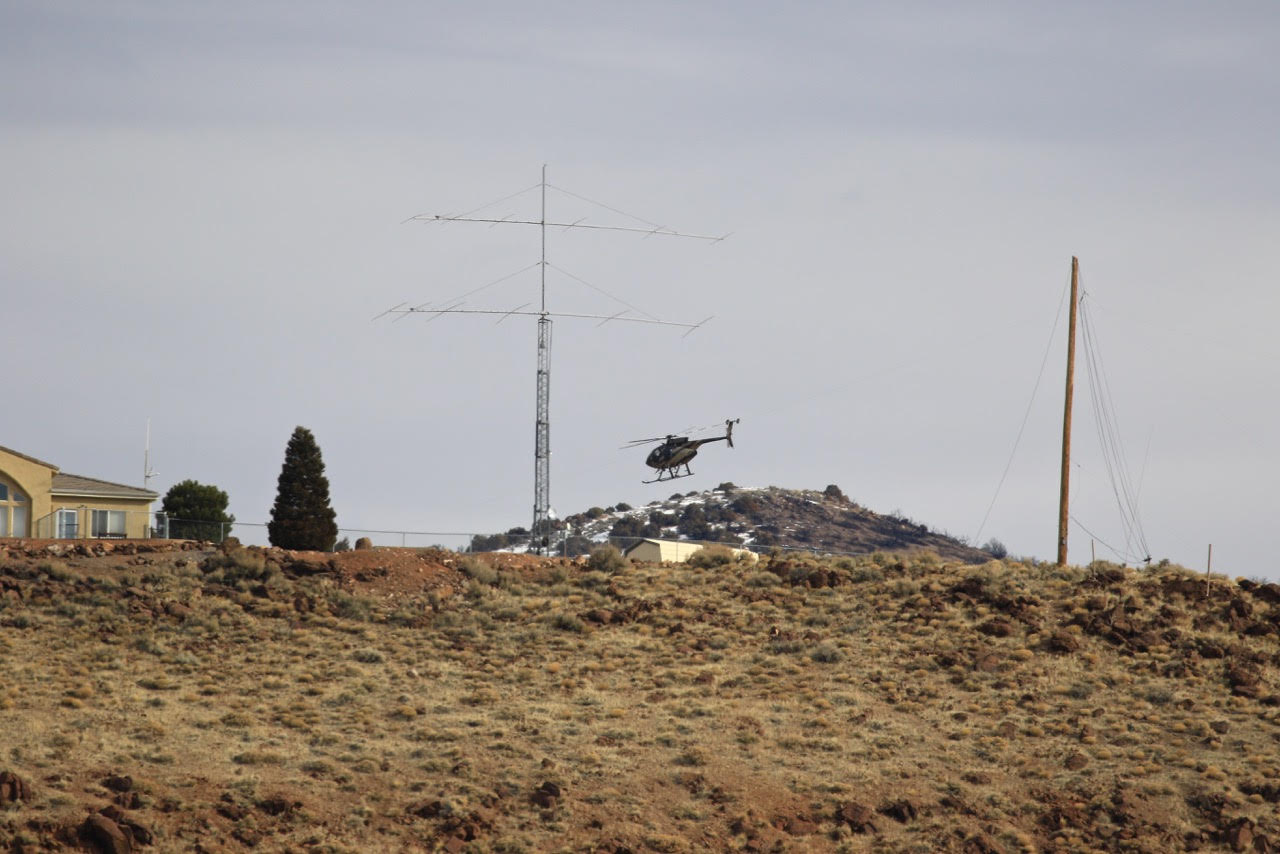 The horses were stampeded by a helicopter and a motorcycle on a long (as far as 7 miles, according to the helicopter contractor) and arduous run over hills, through ravines and over a mountain, crossing from private land to BLM land and into a trap constructed on the border of BLM and Reservation lands. Residents fear that the more vulnerable horses (young, elderly, frail) could not have survived the chase. At the end of the strenuous run, horses - lathered in sweat despite cold winter temperatures - were loaded onto trailers and taken to corrals at a ranch on the reservation. 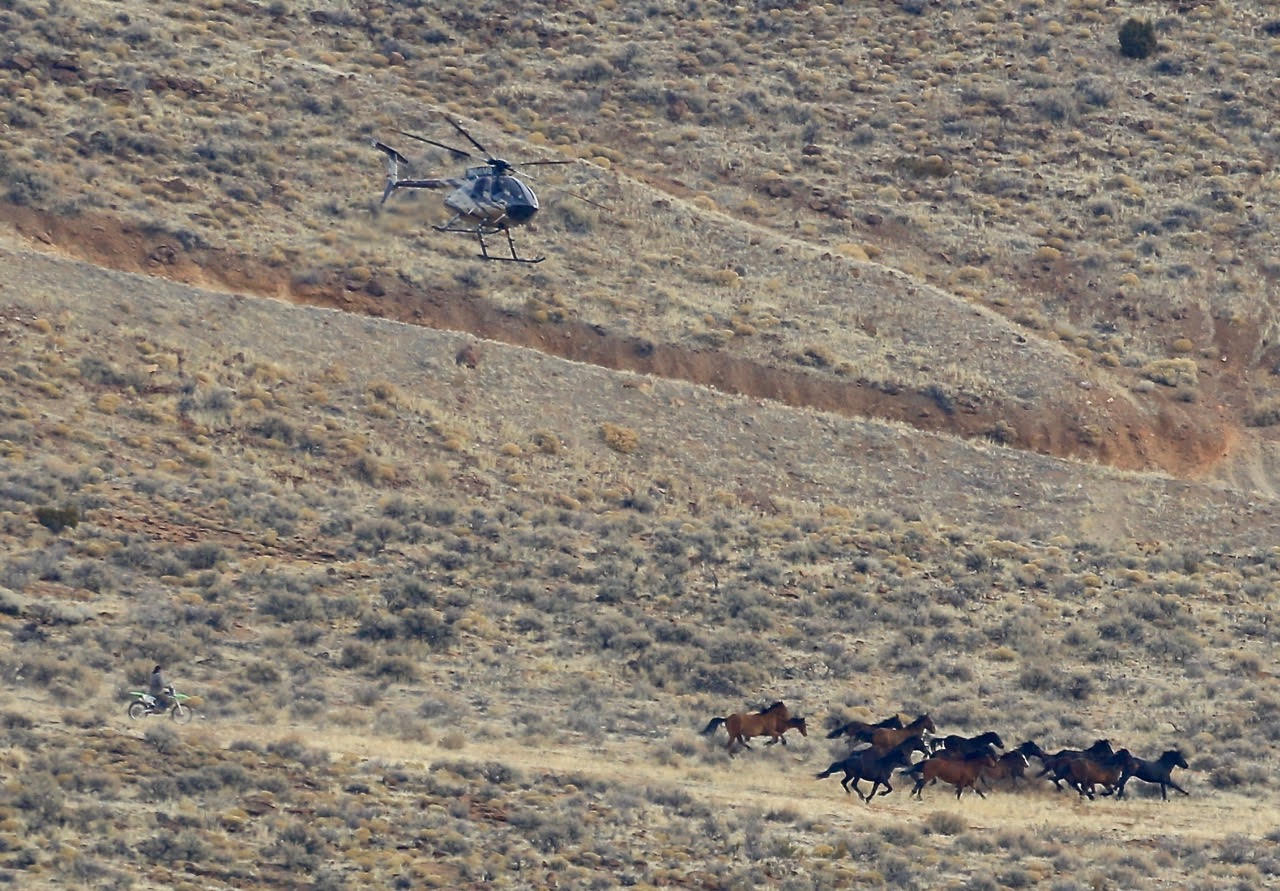 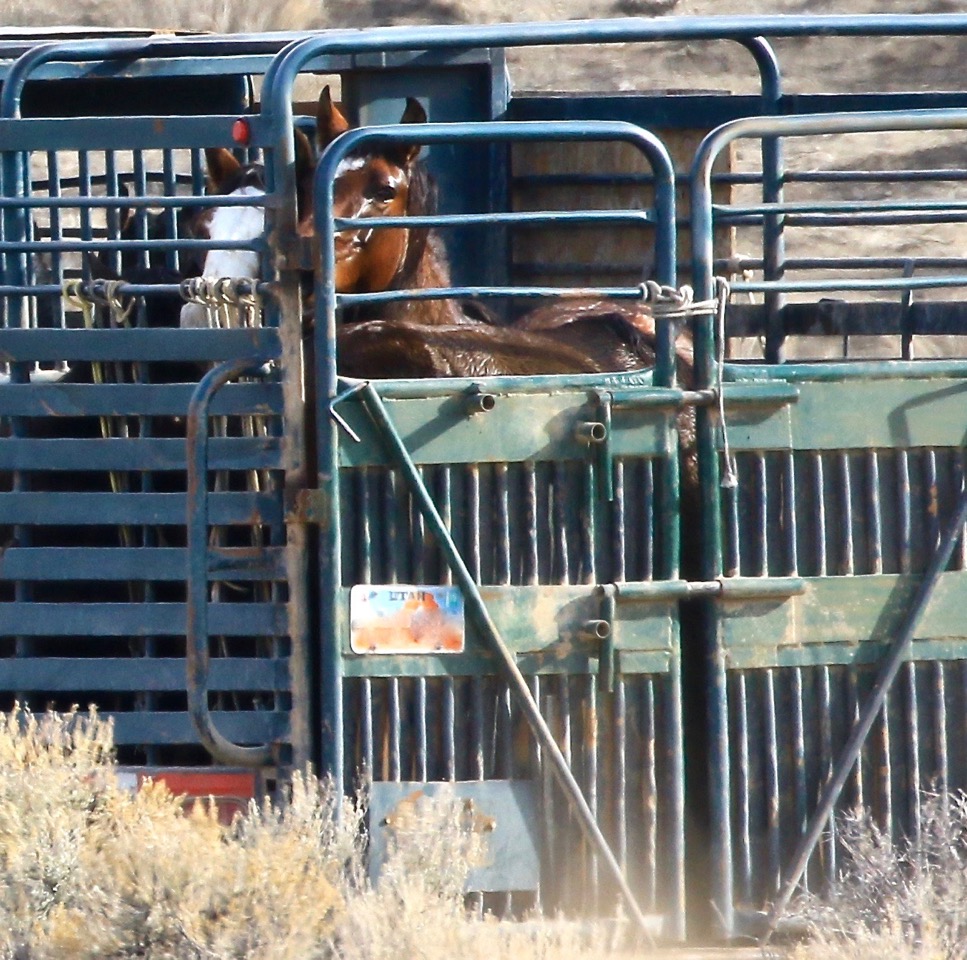 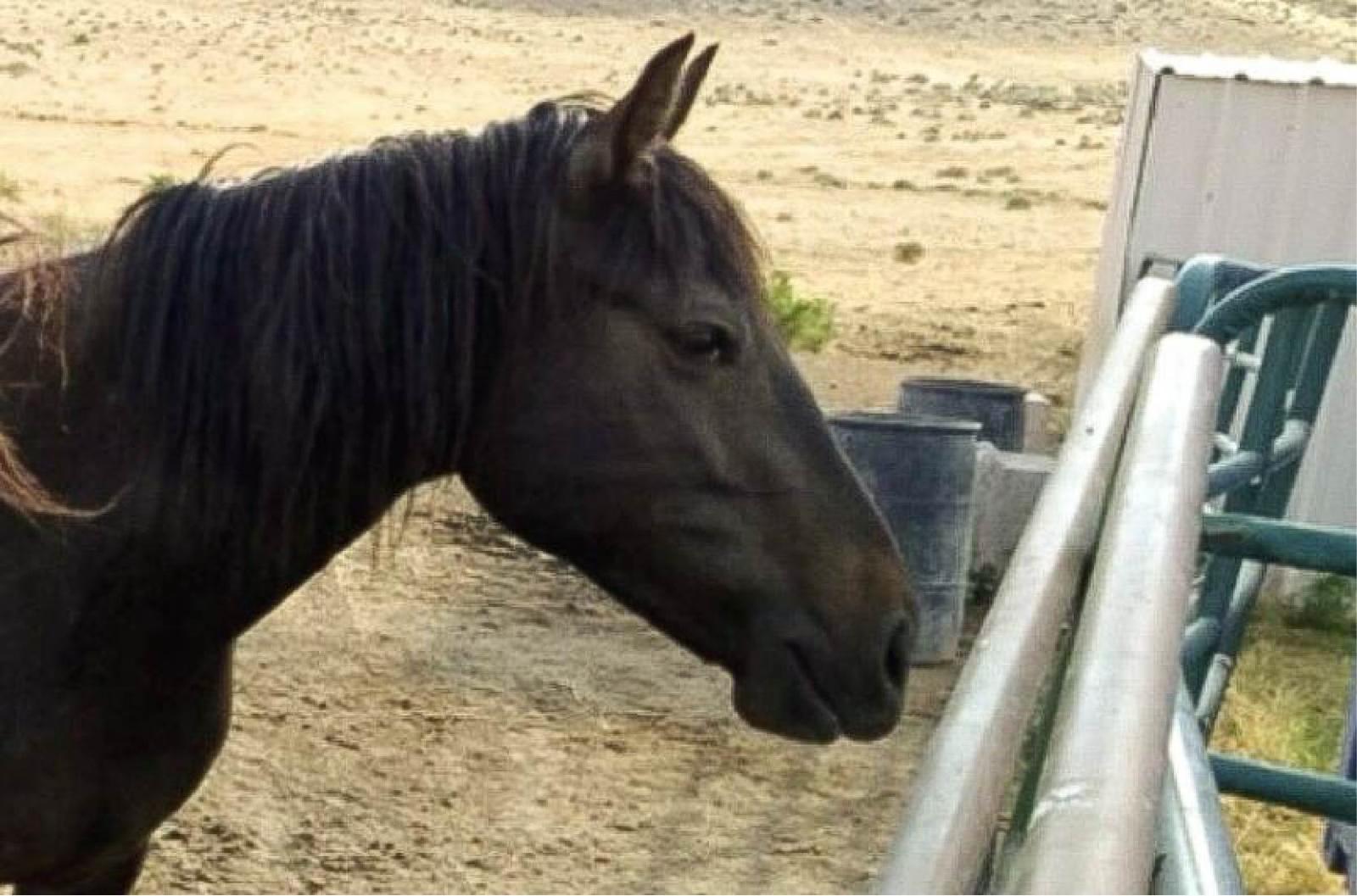 The roundup was a surprise only to the residents, who were never informed of the pending action. The other parties to the action - the Tribe, the Nevada Department of Agriculture, the Cattoors, the BLM and the Palomino Valley General Improvement District (GID) -- coordinated behind the scenes to facilitate the roundup, according to the GID post below. 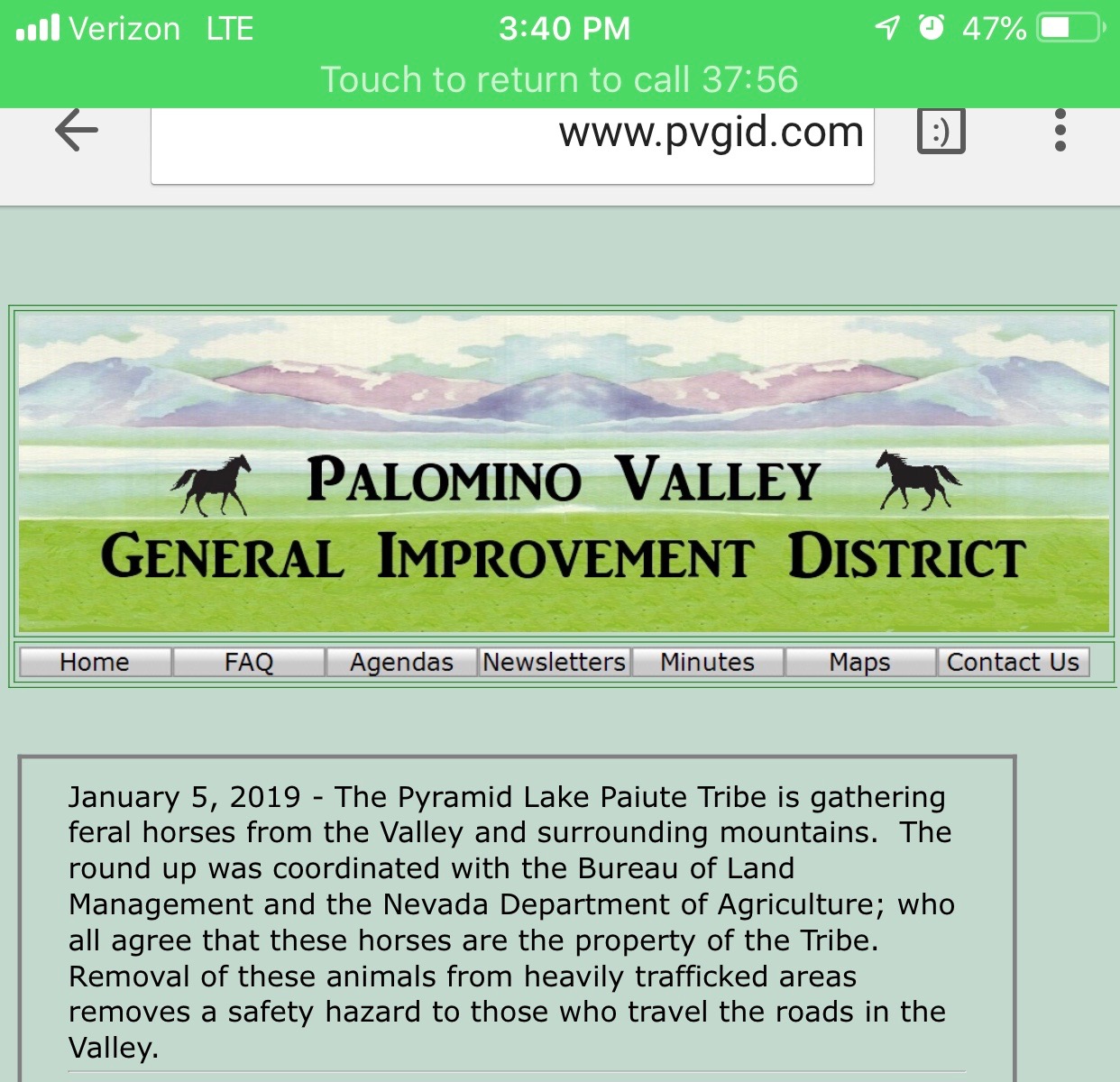 These entities ignored the overwhelming evidence that the horses in Palomino Valley were "feral" as defined by state law. ("Domesticated livestock or progeny of domesticated livestock which have become wild and are running at large upon public or private lands in the State of Nevada, and which have no physical signs of domestication." NRS 569) By claiming that the horses were owned by the tribe, they evaded state law requiring four weeks notice of a pending roundup of feral horses and public notice of the sale of the horses. Had proper notice been given, the residents would have had the opportunity to contest the Tribe's ownership claim, protect their own animals from roundup, and buy back horses after the roundup through a required publicly noticed sale.

None of this occurred.

On Saturday, January 5, AWHC notified the Nevada Department of Agriculture and the Nevada Attorney General’s Office that significant questions had been raised regarding the claim that the Palomino Valley horses were owned by the tribe and, in fact, the evidence indicated that these were feral horses under the law. In the email, AWHC notified authorities that residents were also alleging that their privately owned horses had been taken in the roundup. On the morning of Jan. 6, the attorney general’s office confirmed receipt of this email. Despite this knowledge, the Nevada Department of Agriculture issued brand inspections on Jan. 6, 7, 8, 9, and 10 for 271 horses -- clearing them for direct shipment to New Mexico kill buyer Dennis Chavez.

Responding to the pleas of devastated residents, including Colleen Westlake, whose horse Lady was missing, AWHC retained legal counsel and filed suit in federal court, seeking a TRO to stop the sale of the horses to slaughter. At the time of the lawsuit’s filing, we did not have the brand inspections indicating that the horses were sent to Dennis Chavez, so we were not able to name him in the TRO. Late in the day on January 17, U.S. District Court Judge Miranda Du took the unusual step of issuing a federal TRO to block the slaughter of Lady, the horse owned by Colleen Westlake. At the same time, the Nevada Attorney General’s office provided us with copies of the brand inspections indicating that 271 horses had been shipped to kill buyer Chavez in New Mexico.

AWHC spent the next five days notifying New Mexico, USDA and Border Patrol authorities of the TRO barring the shipment of Lady, and by default the other horses, to slaughter in Mexico.

On January 28, 2019, the U.S. District Court in Reno, Nevada held a hearing on our lawsuit. Unfortunately, the court ruled that the two main plaintiffs -- the Pyramid Lake Paiute Tribe and the Nevada Department of Agriculture had sovereign immunity in federal court under the set of facts presented in our case. The judge kept in place the TRO prohibiting the slaughter of Lady and ordered a hearing on Lady’s whereabouts for the following week.

We had feared that it was too late to save the horses, but seeing it in black and white was a soul-crushing moment. We had done all that we could to stop the slaughter of these beloved horses, but this heartbreaking news meant that we had no chance of recovering them. Additionally, the court ruling that the Tribe and the Nevada Department of Agriculture were immune from lawsuits meant that no remedy was available to us in federal court. As a result, we agreed to voluntarily dismiss the federal action.

This does not mean that we have given up on this case - far from it.  We have obtained additional legal counsel to evaluate all avenues to protect any remaining Palomino Valley horses and to prevent this situation from happening again. Meanwhile, we want thank AWHC members for their support of this legal action, which secured a rare federal TRO and revealed critical information that shed light on this local situation and the larger issue of the horse slaughter industry in the US.

Please stay tuned… this story is far from over.