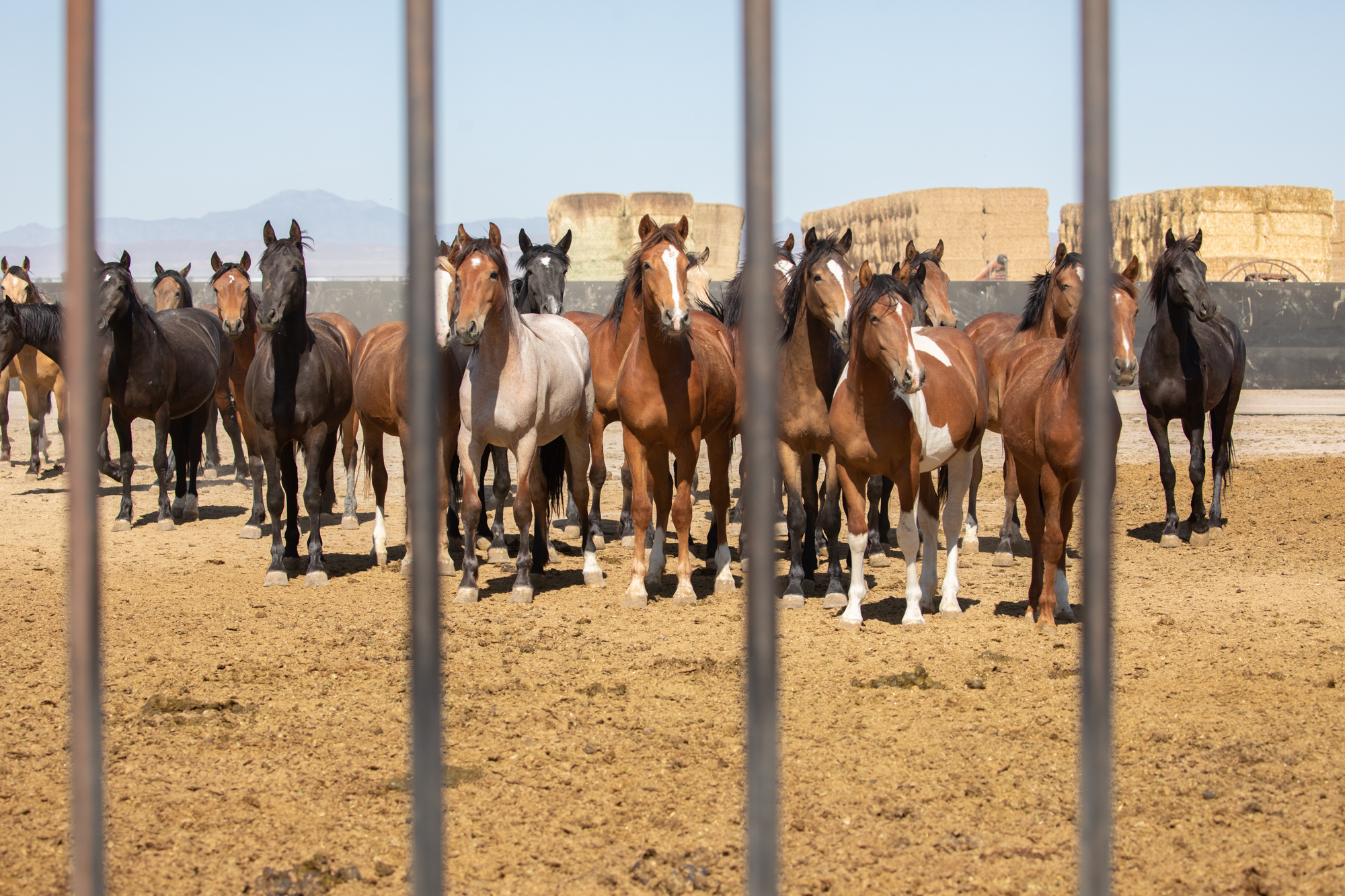 Note from AWHC: On June 3, 2022, the Bureau of Land Management (BLM) announced it was offering a public tour of the Sutherland Off-Range Corral in Utah on Jun. 7, 2022, from 9 a.m. to 12 p.m. Tour attendees would have an opportunity to tour the facility, observe approximately 800 wild horses and discuss the BLM’s Wild Horse and Burro Program.

It is important to emphasize that the following report is based on observations of a prepared and scheduled public tour and may not showcase the daily conditions of the facility, as internal reporting shows widespread animal welfare violations at various holding facilities across the West.

(June 8, 2022) I arrived at the private Sutherland Off-Range Corral in Utah a little before 9 am. Initially, there were four BLM employees, the private land owners, and seven guests present to tour the facility. Four were from organizations, two local residents, and one reporter. A few more locals joined later during the tour. This was the first-ever public tour allowed at Sutherland. The tour began with Trent (BLM Sutherland Facility Manager) and the owner explaining a bit about how Sutherland operates. 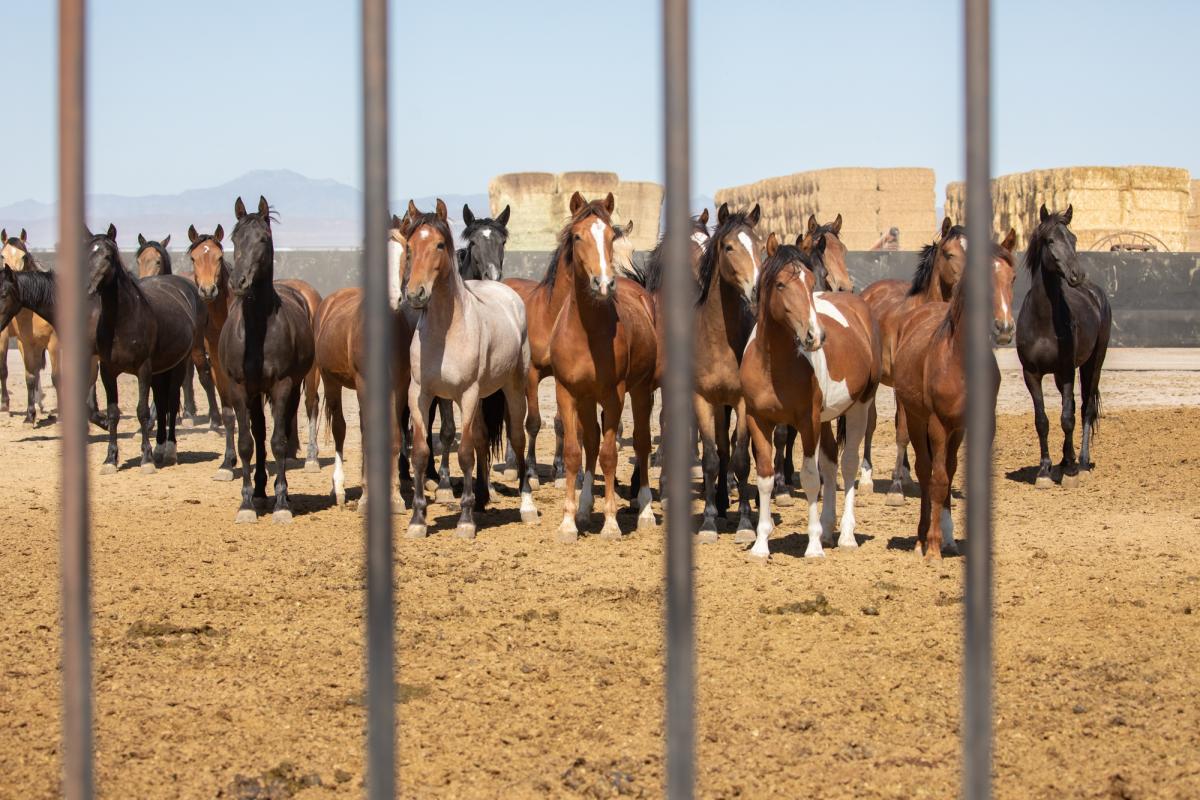 The family that owns the property has converted part of their cattle area into the area now tailored to horses and it is an in-take prep facility.  They conduct freeze branding, vaccinations, and feet trimming to prep for adoptions. The facility can hold up to 1,500 horses and they have 800 currently. They have horses from multiple Herd Management Areas (HMA) including Pancake, Eagle, and Owyhee. They are expecting to take horses from Triple B this year.

They microchip horses as they arrive. The vet will insert the microchip into a ligament in their neck to prevent it from moving. In addition to their freeze brand, this provides an extra level of ID’ing the horse. They do not put neck tags on them until they are prepped to leave for an adoption event. 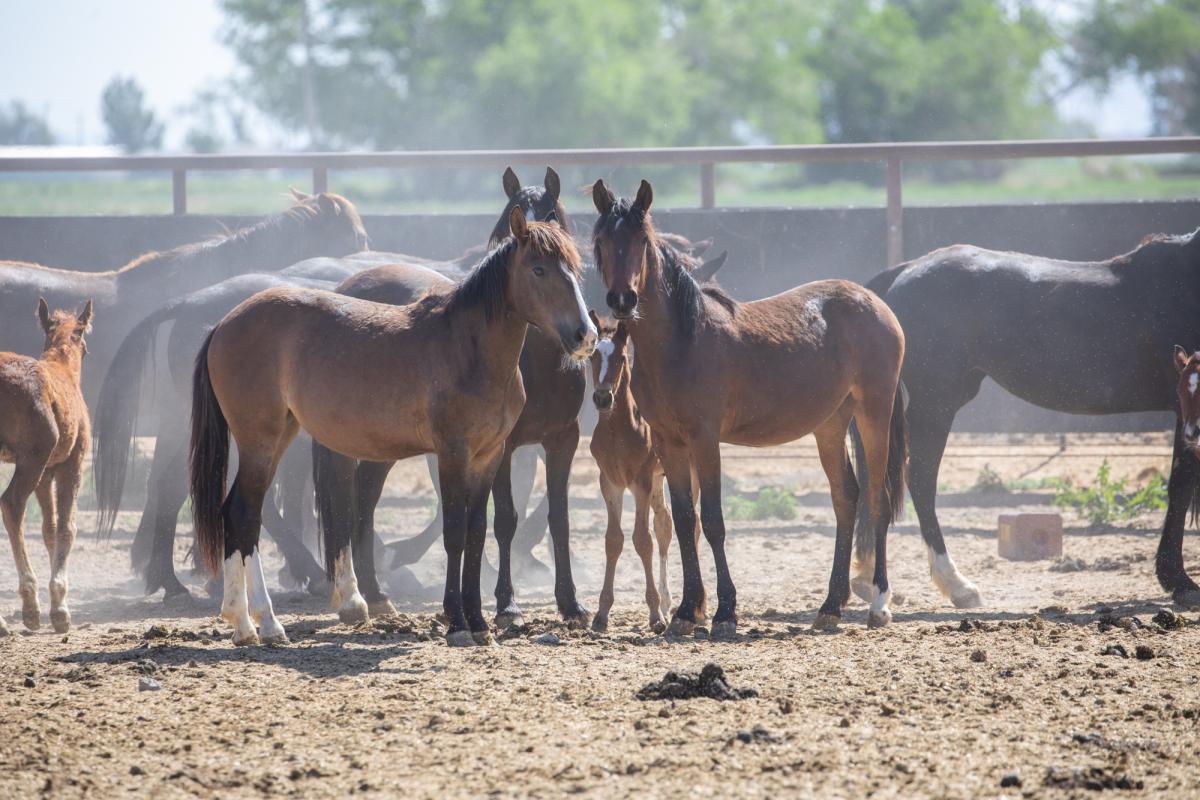 They mix their feed which is 30% 3-way grass and 70% alfalfa. Their equipment is run off of a computer system and measured by weight. This ensures each pen is given an accurate amount for their needs. They also work with a nutritionist who checks in every 1-2 months to make sure their diet is in check.

Each pen contains free choice trace mineral and straight salt blocks and they have an automated water system in tires with floats that run off of a well. They have a water truck for backup.

Pens are of good size with small hills in the middle to allow for higher ground during rain and space for them to move about freely. They have separate holding for horses who are not eating well or are needing extra attention.

Their feed is placed directly on the cement ground outside of their pens. A question was raised about what happens when it’s windy. They said they have a scraper that will push it back toward the horses.

We were allowed to walk around freely and take photos for a couple of hours and ask questions from both BLM and the private owners. The horses looked healthy and not overly stressed. They had food and water readily available and the facility was clean.

There was a foal that had snuck through the panels and was eating outside of its pen. They said it does happen sometimes and usually, the foal will go back in on its own, but if not they will assist it to get back in. They had us avoid walking down that alley to prevent us from spooking the foal. 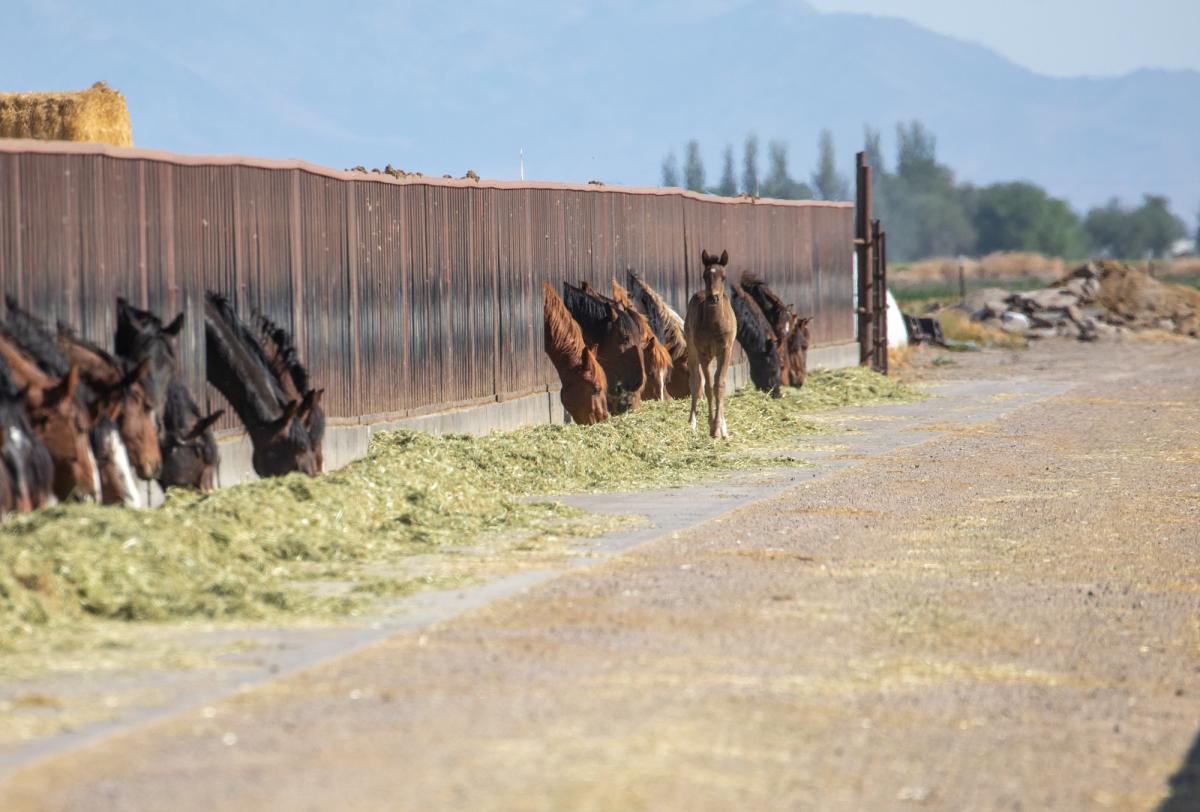