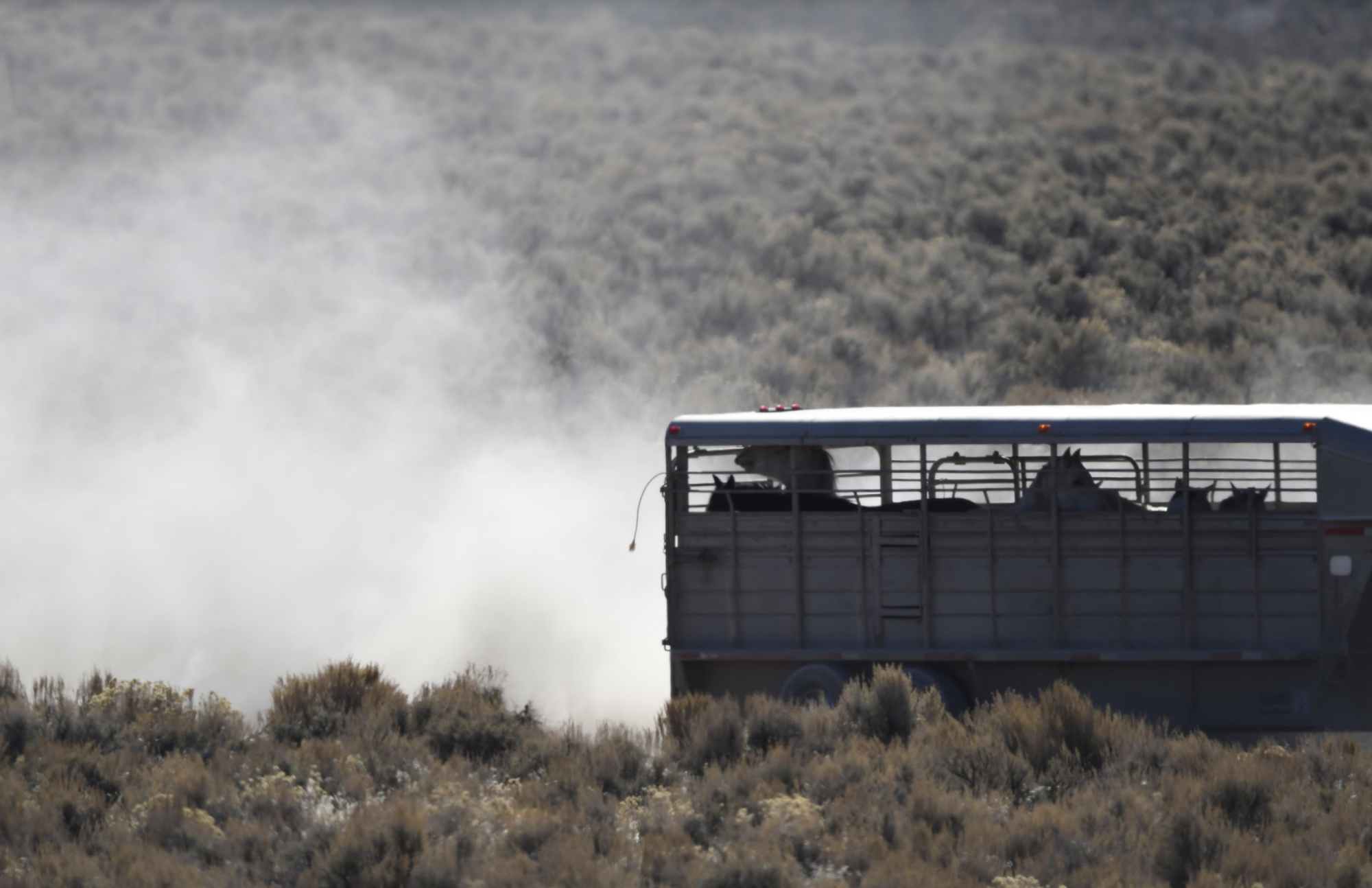 WASHINGTON, DC (Nov. 10, 2020)…Today the nation’s leading wild horse protection organization, the American Wild Horse Campaign (AWHC) expressed disappointment with the U.S. Senate Appropriations Committee’s decision to increase the Fiscal Year 2021 Interior appropriations for the Bureau of Land Management’s (BLM) Wild Horse and Burro Program. In a report delivered to Congress in May, the agency said that it intended to use the funding to round up as many as 20,000 federally-protected wild horses and burros a year from Western public lands and place them into taxpayer-funded holding corrals to a tune of $1 billion over the next 5 years.

The Committee expressed approval of the BLM’s plan by urging the agency to secure more taxpayer-subsidized off-range holding facilities in order to match the Bureau’s aggressive plan for increased roundups and removals. The Senate bill carries over the $21 million controversial budget increase Congress already awarded the Wild Horse and Burro Program last fiscal year and adds an additional $14.2 million more.

In contrast, this past July the U.S. House approved a bipartisan wild horse protection amendment to its appropriations bill that directs BLM to use at least $11 million of its annual operating budget for its Wild Horse and Burro Program on the humane and proven safe fertility control vaccine, PZP. The amendment is consistent with scientific recommendations and previous guidance from Congress urging the BLM to increase the use of PZP fertility control as a step toward moving away from the current inhumane and unsustainable roundup and stockpiling program.

“The Senate Appropriations Committee is throwing even more money at the BLM’s unsustainable program without any requirements to change the broken management system,” said Suzanne Roy, Executive Director of the AWHC. “The House has sent the BLM a strong bipartisan directive to quit tossing away hard-earned tax dollars on brutal helicopter roundups and holding corrals and begin implementing PZP birth control -- the Senate should join them.”

The BLM currently spends 71% of its budget to roundup and remove horses from the public lands and zero percent of the budget is spent to implement humane management of horses on the range to slow the population with birth control. As currently written, nothing in the Senate bill would prevent the BLM from spending the entire newly allocated $116 million to roundup and warehouse wild horses and continue the “business as usual” practices that the National Academy of Science called “expensive and unproductive for the BLM and the public it serves.”