The photos, taken by an AWHC observer, are sparking outrage on social media. They show government helicopters flying dangerously close to terrified wild horses and horses crashing into and over barbed wire fencing

“We call on the BLM to suspend the roundup underway currently in Utah by grounding the helicopters while an investigation is undertaken of the animal welfare violations documented by our observer,” said AWHC Executive Director Suzanne Roy who wrote the letter to Roberson. “There is a way to manage wild horses, and this is not it.”

“Nearly hitting wild horses with helicopters, repeatedly causing them to crash into barbed wire, and stampeding horses in a manner that leaves foals behind is unconscionable,” Roy continued. “Polls show that 80% of Americans want wild horses and burros protected, not destroyed. The way these horses are being treated during this roundup is unnecessary and flat out inhumane, as well as a serious violation of BLM’s own animal welfare policies.”

The incidents cited by AWHC as violations of the CAWP include:

AWHC noted in the letter that the wild horses being rounded up in southern Utah are coming in at a Body Condition Score of 5 – the highest and healthiest for a wild horse, dispelling the claim by Rep. Chris Stewart (R-UT) that wild horses are suffering from massive overpopulation and starvation. The letter notes that the agency is spending hundreds of thousands of taxpayer dollars to round up horses from a public area where very few wild horses remain, but where the BLM authorizes approximately 1,600 privately owned cow/calf pairs to graze at taxpayer expense. After a break today to relocate the trap site, the BLM will resume the roundup tomorrow with the goal of capturing 250 wild horses – 50 horses more than originally stated – from the range. The roundup is being conducted by a BLM contractor, Samson Livestock. The captured wild horses are being transported to the BLM’s Delta Holding Corrals in southern Utah. They will become part of a holding system in which the BLM currently warehouses 45,000 wild horses and burros. Across Utah, the BLM allows livestock grazing on 22 million acres of public land, of which less than 10 percent (2.1 million acres) is shared with wild horses.

The American Wild Horse Campaign (AWHC) is dedicated to defending America’s wild horses and burros to protect their freedom, preserve their habitat, and promote humane standards of treatment. AWHC’s mission is endorsed by a coalition of more than 60 horse advocacy, public interest, and conservation organizations. 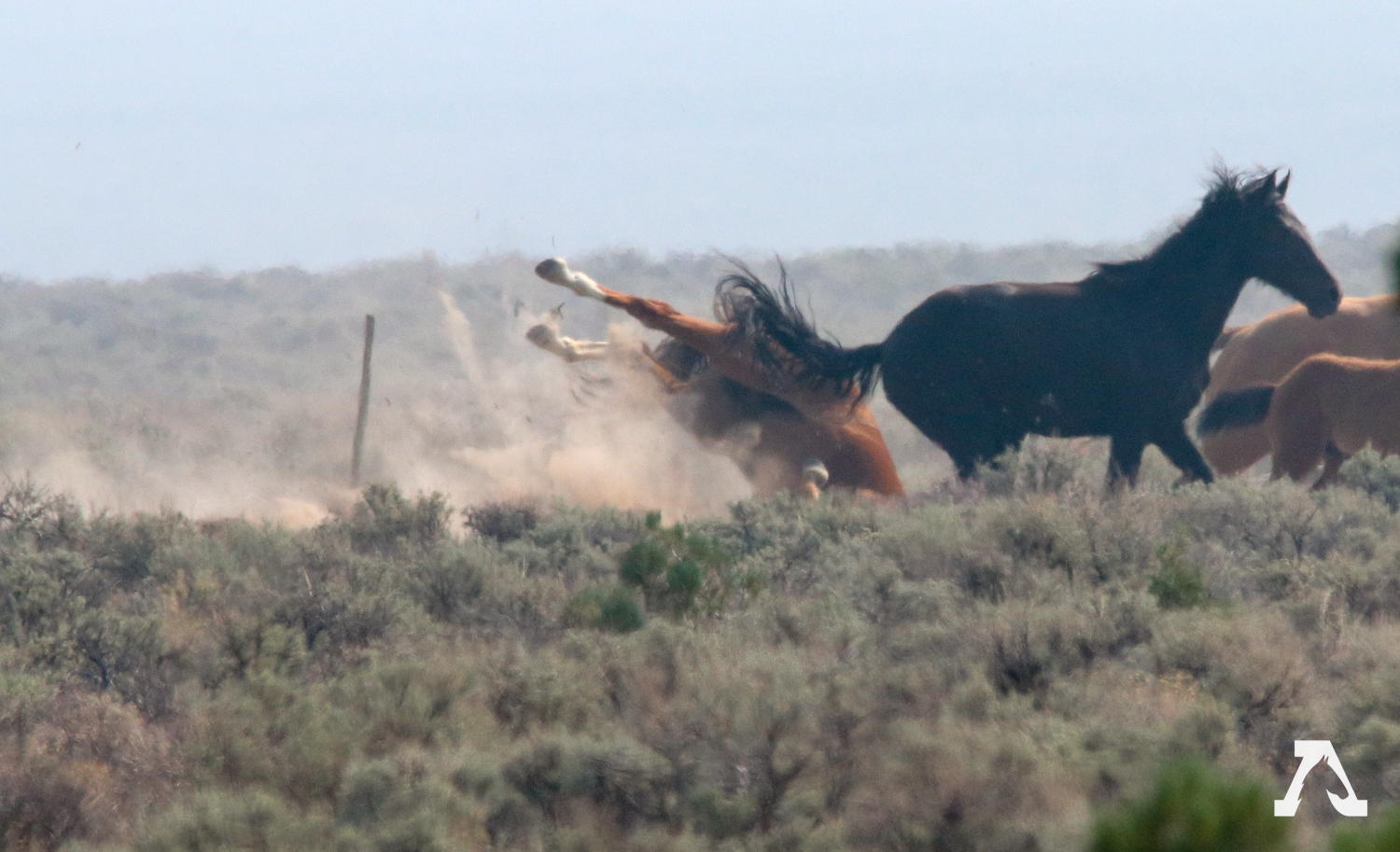 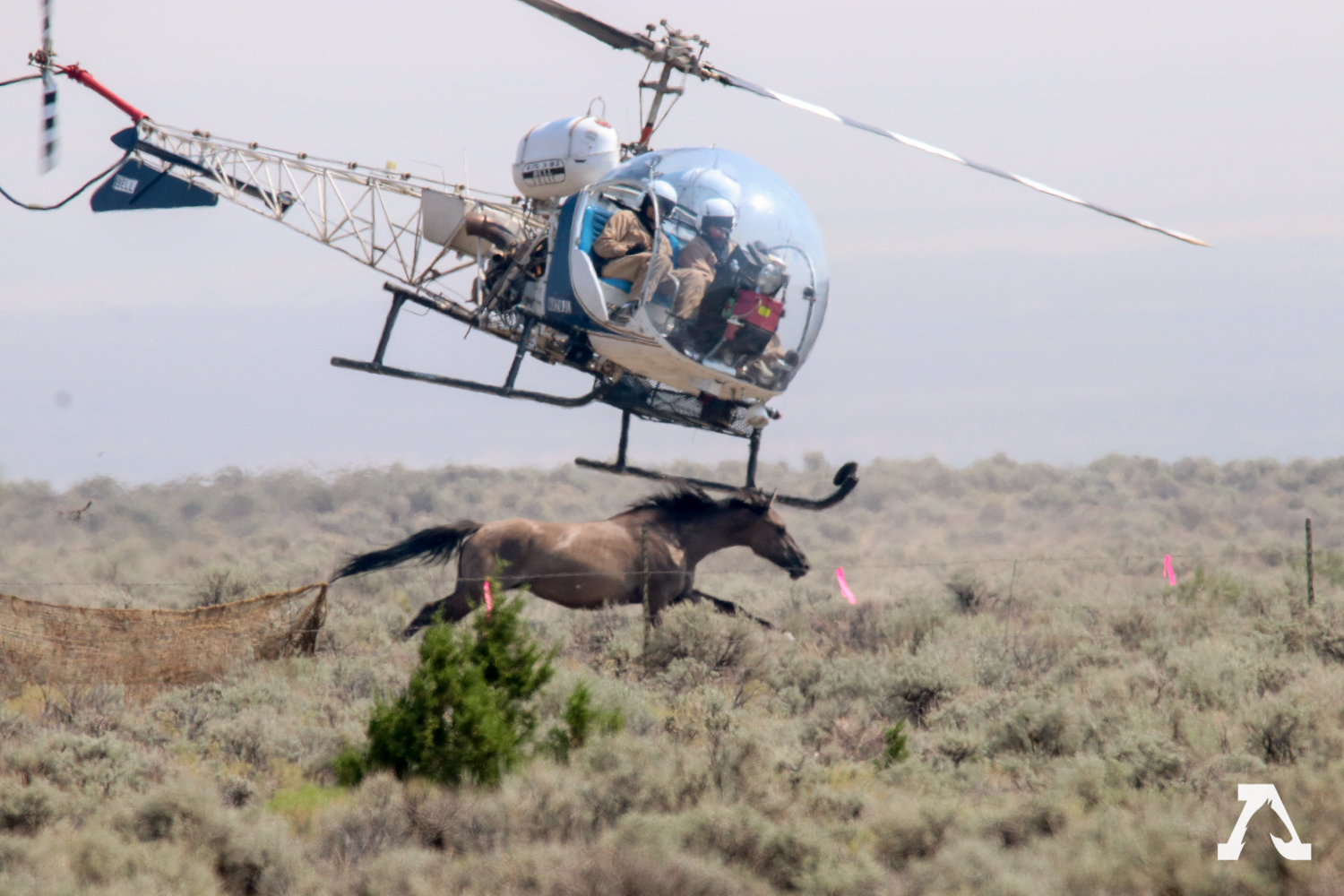 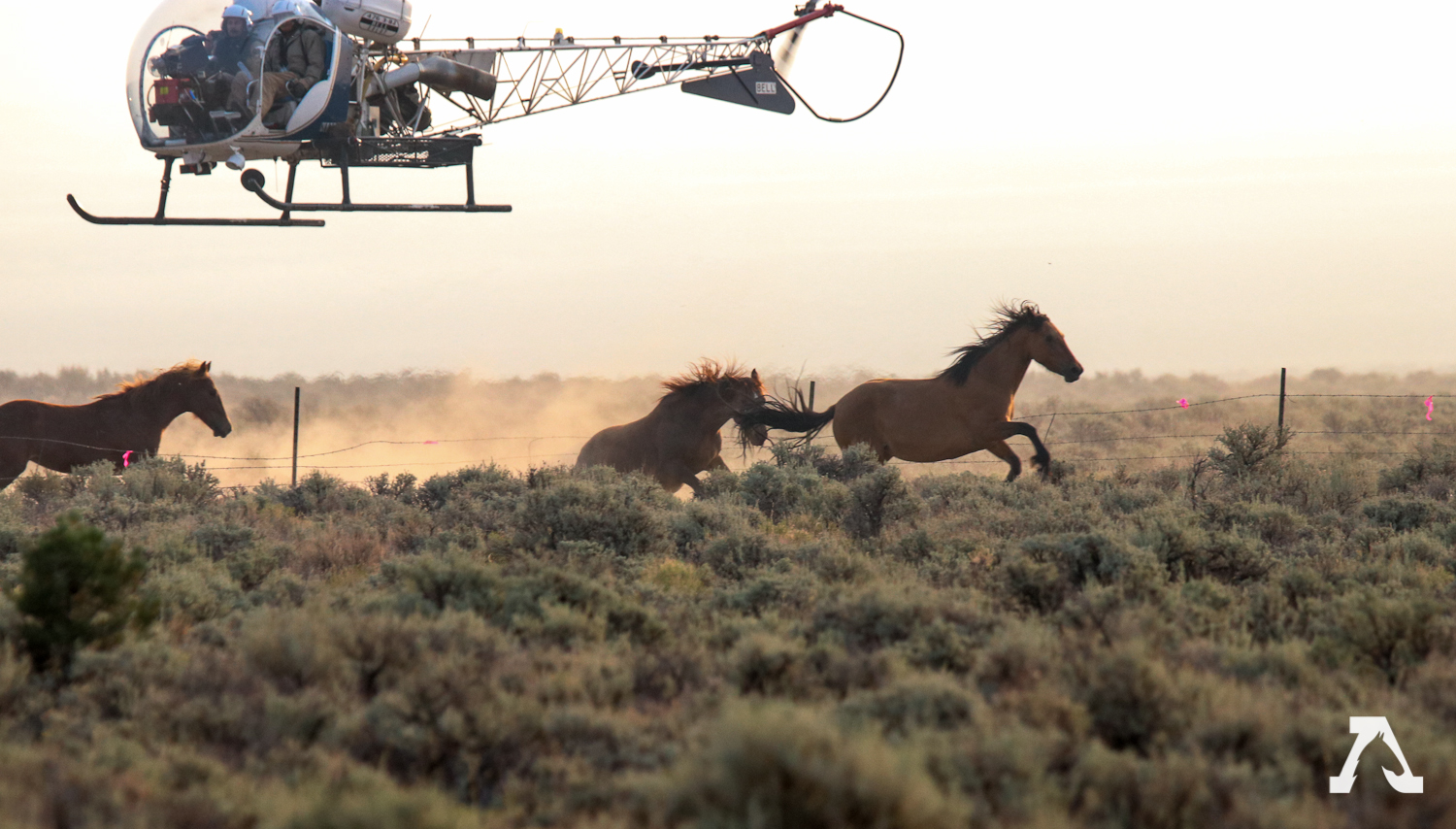