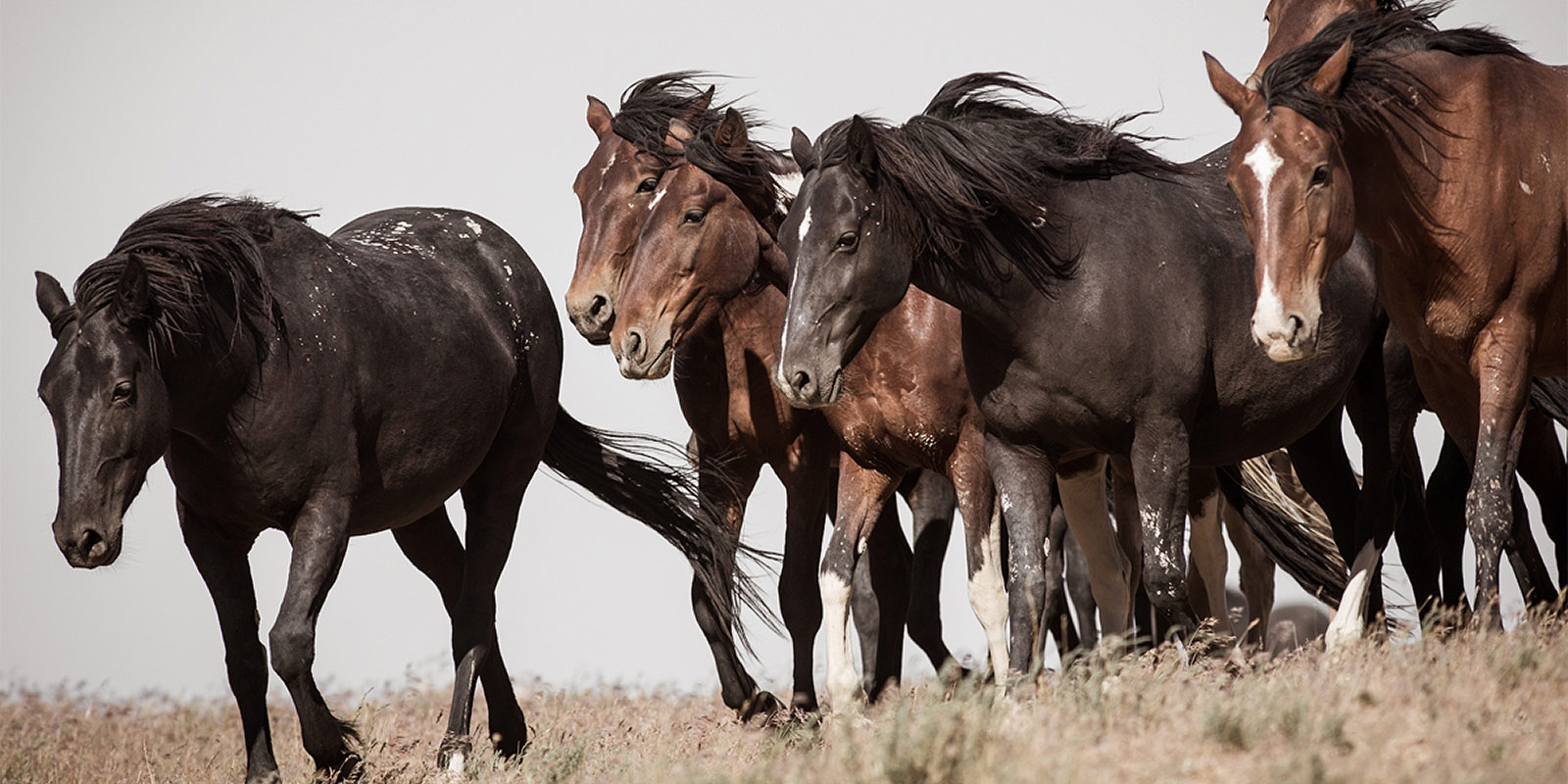 The federal government uses costly and cruel practices to eliminate wild horses and burros from our public lands to clear the way for taxpayer-subsidized livestock grazing.

Congress unanimously passed the Wild Free-Roaming Horses and Burros Act, a federal law to protect wild horses and burros from “capture, branding, harassment, and death.” Declared “living symbols of the historic and pioneer spirit of the West; that they contribute to the diversity of life forms within the Nation and enrich the lives of the American people; and that these horses and burros are fast disappearing from the American scene.” The Bureau of Land Management (BLM), an agency within the U.S. Department of the Interior, was charged with managing these animals on public lands.

Under pressure from special interests, the federal agency has turned the law on its head, committing the very atrocities Congress sought to protect mustangs against.

What happens to the mustangs.

Each year, the BLM uses low flying helicopters to brutally stampede, capture, and remove wild horses and burros by the thousands from Western public lands.

The BLM seeks to reduce wild horse and burro populations to the “fast disappearing” number that remained in the West when Congress protected them in 1971, at 27,000 animals. The number is based on the allocation of 80% of forage resources in designated wild horse and burro habitat to privately-owned cattle and sheep.

These population limits are deceptively referred to as “Appropriate Management Levels” or AMLs. In 2013, the National Academy of Sciences concluded that the AMLs “not transparent to stakeholders, supported by scientific information, or amenable to adaptation with new information and environmental and social change.”

There is little to no evidence to show that the BLM management priorities were in fact, developed to protect wild horses and burros as Congress intended. On the contrary, the defining calculations used to establish population limits and the need for roundups are based on a deep-rooted prioritization of ranching and other commercial interests on public lands.

Problems must be addressed at the core.

The agency’s practices lack in science and transparency. Its wild horse management policies are inhumane, unsustainable, and counter-productive.

Read up on the research.

Our work is supported by science, backed by research, and proven by extensive case study. We consult leading equine experts and ecologists across the country. We reference unbiased data in our pursuit to preserve wild horses and burros.