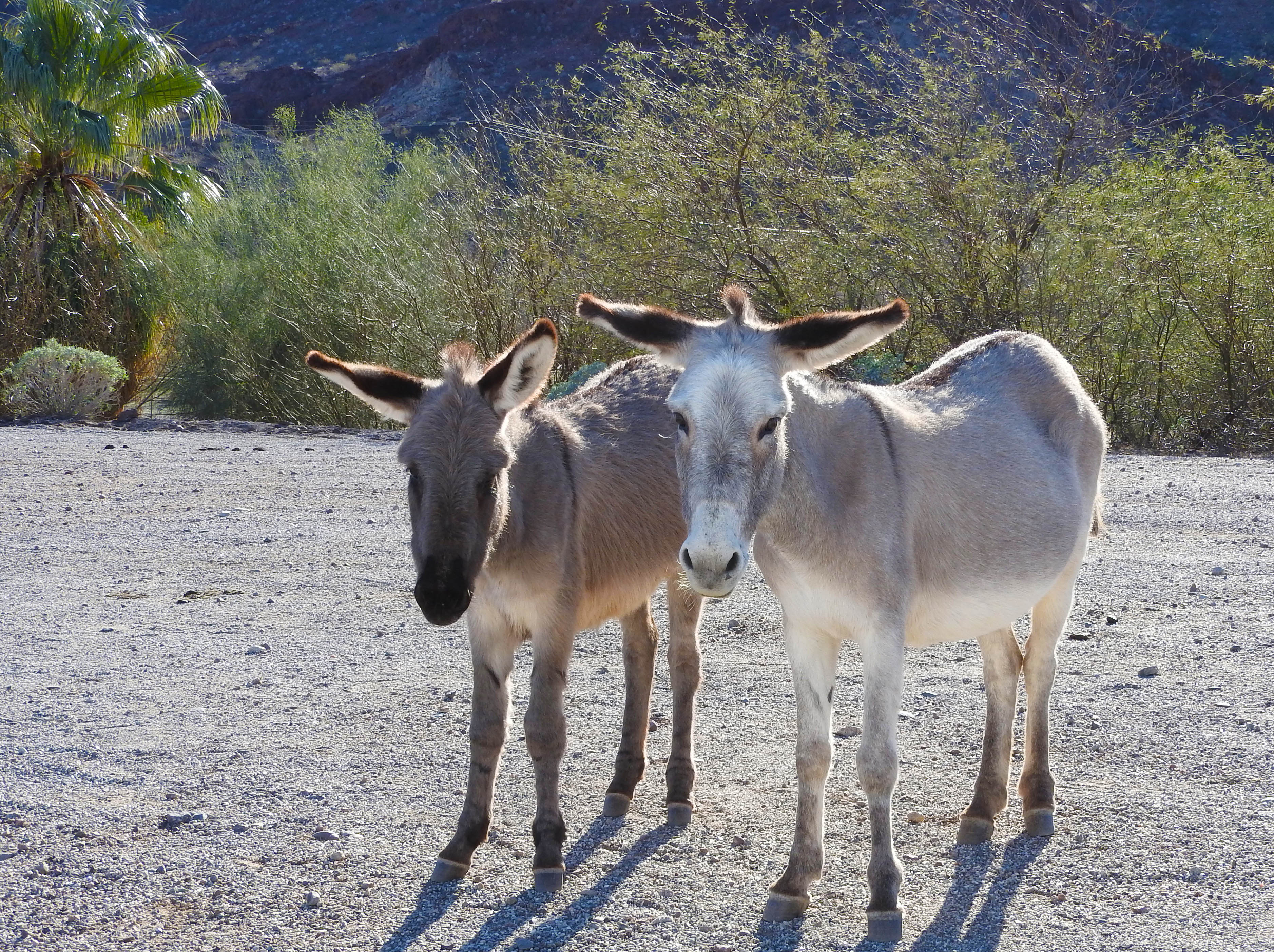 Wild horses are often in the spotlight, but the wild burros of the West are just as fascinating and deserving of our attention and respect. Like mustangs, burros are a link to America’s past and are protected under federal law as “living symbols of the historic and pioneer spirit of the West” that “contribute to the diversity of life forms within the Nation and enrich the lives of the American people.”

Through our work we aim to elevate the burros’ status and promote awareness and appreciation for these amazing and unique residents of the American Southwest. Following are five facts you probably didn’t know about these hardy animals!

1. They are not actually stubborn at all.

You have probably heard the saying, “Stubborn as a mule/donkey”. This idiom likely came to be because burros have a strong sense of self-preservation and rarely participate in activities that are not in their best interest or that they feel may put them in danger.

According to Ben Hart of The Donkey Sanctuary in the United Kingdom, “The donkey’s behavior is commonly misunderstood principally because their behavior is compared to that of the horse, rather than viewed as a separate species.” Carlye Jones, of Demand Media writes that it comes down to perception. “When a donkey plants his feet and refuses to move, we humans assume he’s being stubborn. After all, he obviously knows we want him to move and yet he resists. Our perception is that he is doing it on purpose: moving only when he wants to instead of following our instructions.” But they are far more complex than that, and simply describing them as “stubborn” does these intelligent animals a disservice.

2. They stand their ground and assess dangerous situations.

Burros are highly intelligent animals. Although they can run almost as quickly as horses, when faced with potential danger, burros tend to assess a situation before fleeing, unlike wild horses and other ungulates. Burros can defend themselves with powerful kicks from their front and hind legs, and they stand their ground against potential threats to themselves and their established territories (homes).

3. They have the ability to thrive in harsh environments.

The unforgiving desert landscape is a familiar one to burros. Since the early 1800s, they have accompanied explorers and pioneers on their treks throughout the West, surviving even when the harsh conditions claimed the lives of their human “owners.” By the Gold Rush years, burros were used primarily in the Southwest as pack animals for prospectors. They worked tirelessly to carry supplies, ore, water and machinery to mining camps, and became indispensable to the workers. At the end of the mining boom many of them escaped or were turned loose, and with their innate ability to survive under the harshest conditions, wild herds eventually formed and flourished.

4. They are being targeted by the federal government

When the Interior Department’s Bureau of Land Management (BLM), the agency charged with “managing” these animals, conducted its first wild horse and burro census in 1974, an estimated 15,000 wild burros roamed the West. Like their cousins the wild horses, burros in the Western United States have been rounded up en masse, often to make room for livestock grazing, big game hunting and other commercial uses of our public lands. Burros do not compete with cattle for forage, but they do have dietary preferences that overlap with sheep, including big horn sheep — a favorite target of trophy hunters.

Unfortunately, wild burros on National Park Service (NPS) land are not protected under federal law and they have been subjected to extermination efforts in NPS areas such as the Grand Canyon and Death Valley.

5. They are subjected to inhumane roundups.

While wild horse roundups get much public attention, roundups of burros, who make up a mere 17 percent of the wild horse and burro population in this country, often go unnoticed.

Ever vigilant and not easily “spooked,” burros react differently to government helicopter roundups than wild horses. Unlike wild horses, who generally panic and blindly follow other horses into a trap site to stay together in their family bands, wild burros often scatter in an attempt to avoid capture.

As a result, roundups can be even more brutal for burros, as they are chased relentlessly by helicopters (one video even showed a helicopter hitting and upending a burro). Former NBC News investigative correspondent Lisa Myers expertly covered the plight of America’s wild burros in her piece, “Cruel or Necessary? The True Cost of Wild Horse Roundups.”