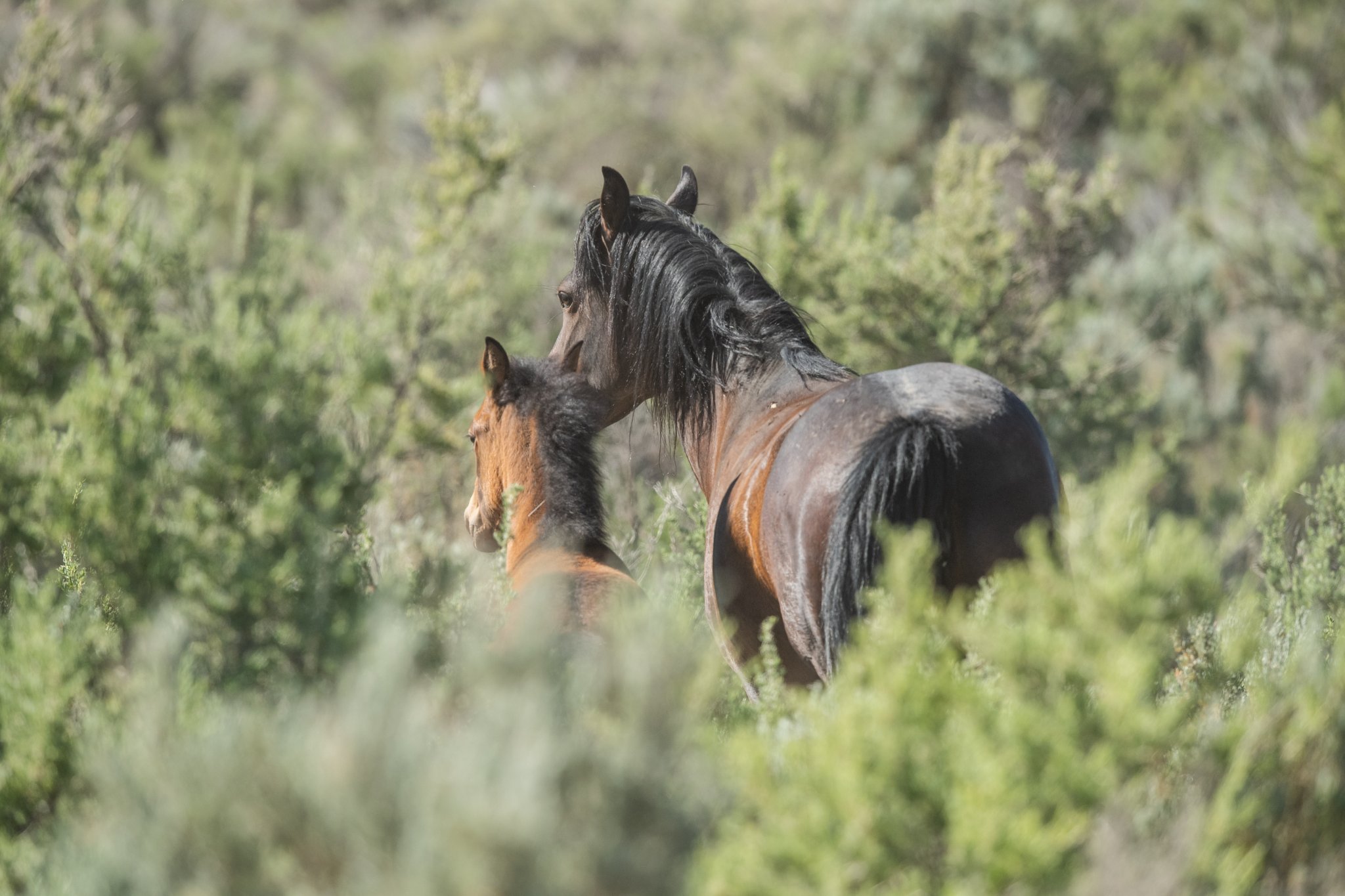 Consistent with requests made by Colorado Governor Jared Polis and U.S. Rep. Joe Neguse (D-CO), AWHC is seeking a delay in the helicopter roundup in the Piceance-East Douglas Herd Management Area (HMA) to allow time for collaborative discussions on humane alternatives to sending 850 or more wild horses into the already-stressed holding system, where wild horses and burros are at increased risk of disease and death.

These alternatives include improvements to on-range water availability, increased resources for on-range fertility control treatments, relocation of captured horses to sanctuaries or other available lands in Colorado (instead of shipping them to holding pens in Utah), and reduction in livestock grazing inside the HMA.

Additionally, a delay will protect young foals from the dangers that a summertime helicopter roundup poses, including increased risk of injury, separation, and death. The BLM stated in its environmental assessment of the HMA that “young foals (less than five months old) are prone to dehydration and complications from stress, the handling, sorting, and transport and increases the chance for them to be rejected by their dam (mother)” and noted that “[f]all and winter timeframes are much less stressful to foals than summer gathers primarily due to the foals being older.” (p. 36) Consistent with these findings, the BLM should prioritize bait trapping over helicopters as a more humane removal method to reduce the risk of stress, injury, and death.

Delay will also allow BLM to comply with the National Environmental Policy Act to conduct an additional environmental analysis of new circumstances that have developed since the initial environmental assessment on the roundup, which was finalized in February 2021. The new circumstances include animal welfare violations and horse deaths in BLM holding facilities and the change in the roundup start date to a time when small foals will be driven by helicopters.

AWHC does not seek to halt the removal of horses entirely from this HMA. We recognize that there are some challenged areas and that limited removals may be necessary for the welfare of the horses; however, we have observed the range conditions and the conditions are not as poor as the Colorado BLM claims. Unfortunately, the BLM’s reliance on helicopter roundups and failure to implement fertility control until last year has resulted in an estimated wild horse population of 1,385, which is too large for the land to sustain considering the abundance of livestock grazing currently authorized in the HMA. However, at the same time, the land can sustain more horses than the BLM’s AML of 135-235 horses, which is an outdated AML that was last assessed 20 years ago.