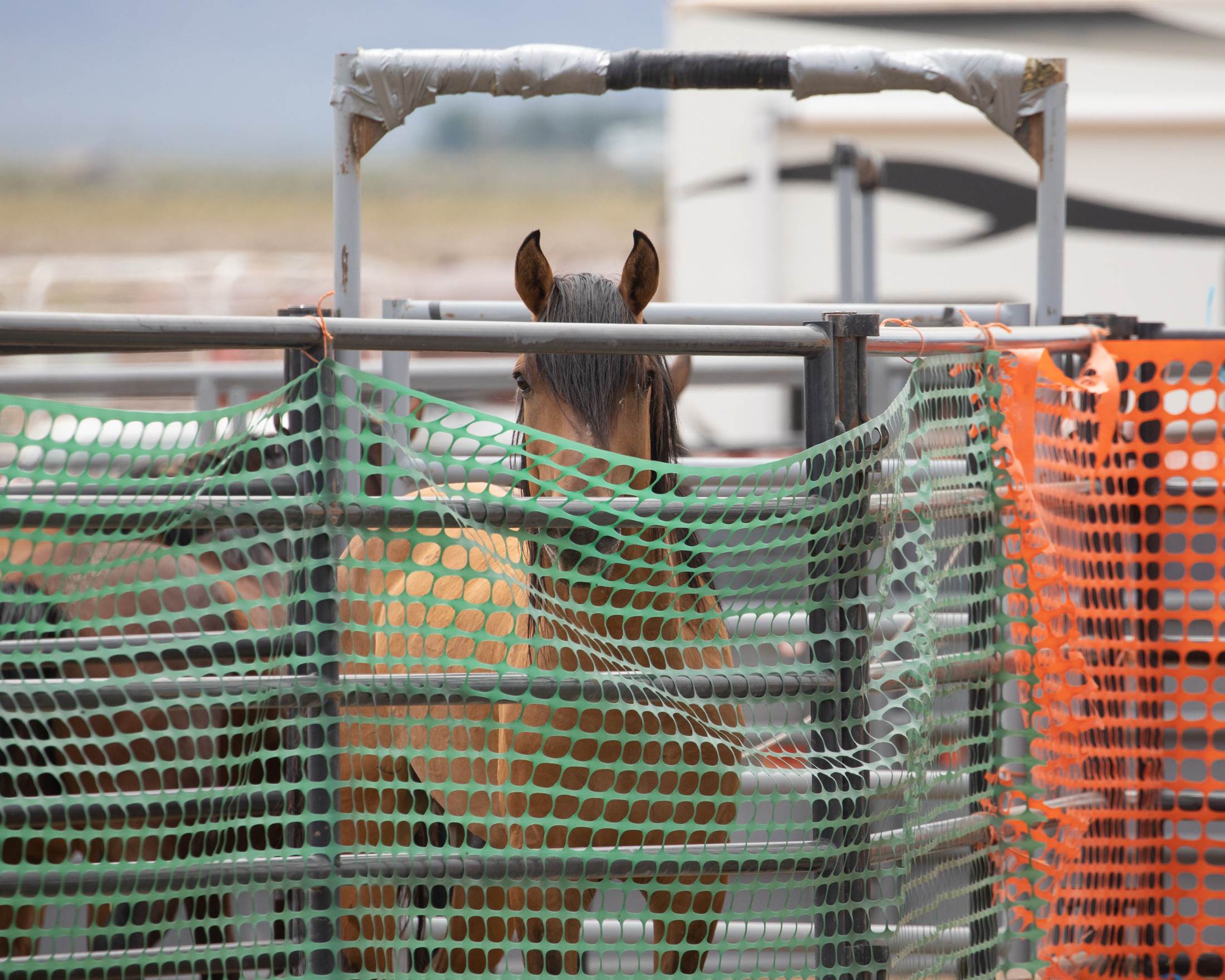 Fifteen foals among the dead

(August 17, 2022) – Amid growing controversy surrounding the Bureau of Land Management’s (BLM) Wild Horse and Burro Program, helicopter roundups in California and Nevada have resulted in the deaths of 64 federally-protected wild horses and burros so far.

According to the nation’s leading wild horse protection organization, the American Wild Horse Campaign (AWHC), the BLM is targeting 19,000 wild horses and burros for removal from western public lands this year, the most the agency has ever attempted. The agency has already captured well over 15,000 of these animals from their designated habitats. The AWHC asserts that the consequences of the agency's actions are devastating to individual animals and to the remaining wild herds.

“This year has been deadly for wild horses and burros that live on – or rather used to live on – our western public lands,” said Grace Kuhn, Communications Director for the AWHC. “At roundups, our field representatives are documenting foals collapsing and dying, horses are breaking their necks and limbs, and senior animals are now being euthanized simply for being old.”

“The welfare of the captured wild horses and burros is in jeopardy. They are dying in government holding facilities where disease outbreaks due to BLM-non compliance have killed over 146 captive animals, and they are being sent into the slaughter pipeline through the agency’s disastrous cash incentive adoption program,” Kuhn continued.

The group claims that as the roundups ramp up, the transparency at the operations dwindles. Public observers, there to document and flag animal welfare violations by the BLM contractors, are being kept a mile or more away from the trap sites and often their view is deliberately obscured, through trailers and fencing.

In the Twin Peaks Herd Management Area roundup outside of Susanville, California, which ended Wednesday, there were been 31 deaths including 11 vulnerable foals, five of whom died suddenly after capture.

Prior to the start of the summer roundup season, which runs through October, AWHC underscored concerns that chasing foals in the height of the summer heat is a hazardous strategy and the BLM should not initiate roundups while mares are still pregnant and foals are being born. As has been seen in years prior, many foals die of “capture myopathy,” a cause of death that stems from inflicted stress and physical exertion that would typically occur with the prolonged pursuit of wild animals.

At the Twin Peaks roundup, AWHC field observers documented BLM contractors Sampson Livestock improperly funneling over 100 horses into the trap pens at Twin Peaks, resulting in the collapse of the panels that surrounded the animals, killing two wild horses and endangering its employees.

In Nevada’s Triple B Complex, 30 miles east of Ely, Nevada, a total of 20 wild horse deaths have been documented since the start of the operation that began on July 15 and is expected to continue through the month. These deaths include 4 foals and two horses who suffered broken necks.

“It is unconscionable for the BLM to claim that roundups are safe for wild horses, attempting to convince the public these cruel operations are in the animals’ best interests,” continued Kuhn. “Wild horses are safest in the wild, and 64 federally-protected icons would still be alive if not for the BLM continuing to use this outdated and inhumane method of management.”

Kuhn pushed back on the BLM’s claim that horses are overpopulated, citing the BLM’s goal of reducing wild populations to pre-1971 levels, a time when Congress gave federal protections to the animals because they were “fast disappearing” from the American West. She noted that the National Academy of Sciences conducted a nearly two-year long review of the BLM Wild Horse and Burro Program and found that how the agency’s management levels were established, monitored and adjusted is “not transparent to stakeholders, supported by scientific information, or amenable to adaptation with new information and environmental and social change.”

According to the AWHC, these levels lock in a system in which most of the available forage on the 12% of BLM land where wild horses and burros live is allocated to commercial livestock grazing.