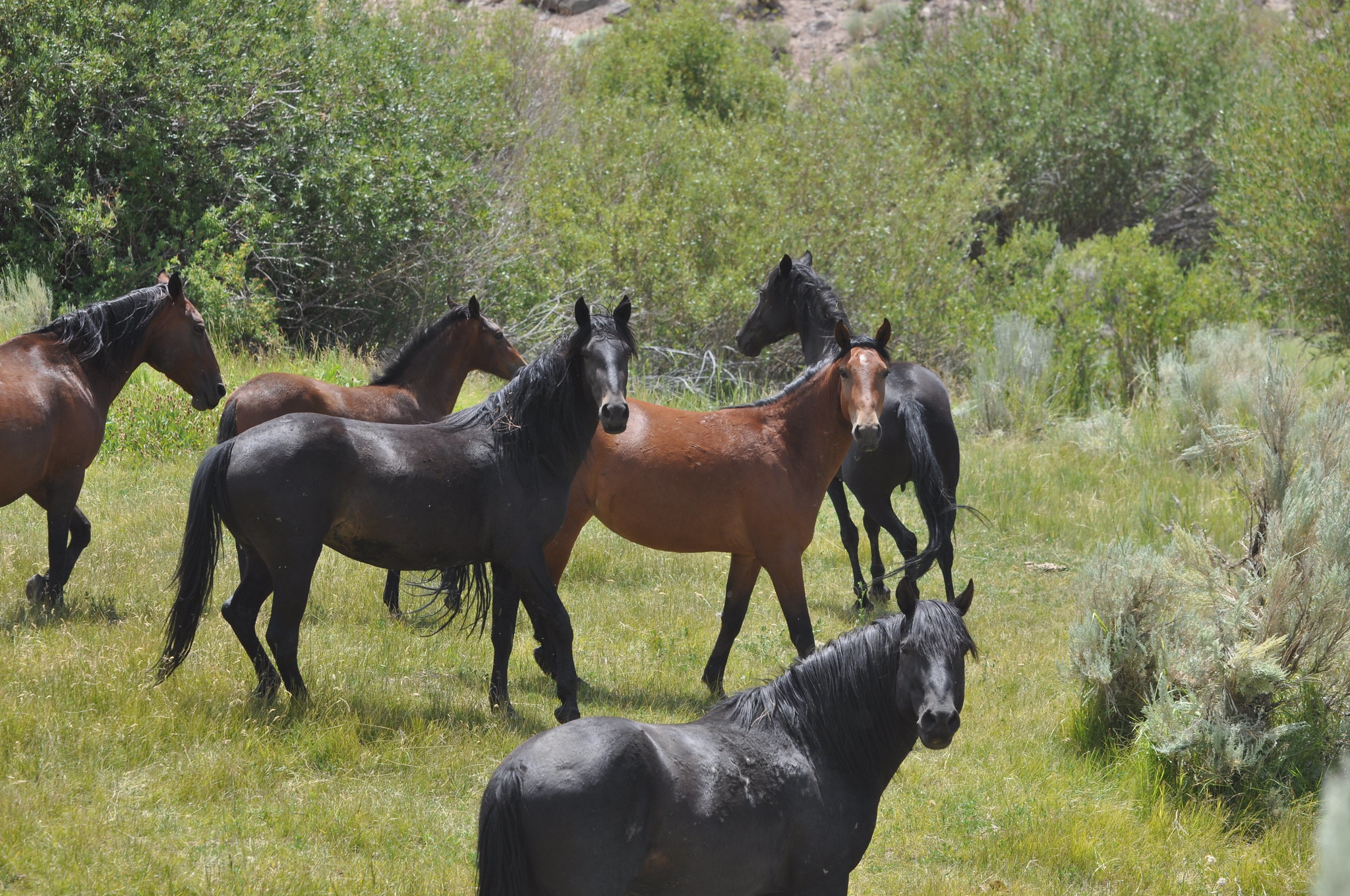 Our blog series, Herds Across the West, examines wild horses and burros by herd, Herd Management Area (HMA) and state to provide a deeper understanding as we report on roundups and actions affecting each region.

Where to Find Them

About 30 miles east of Tonopah, Nevada, lies an incredible range called Stone Cabin Herd Management Area (HMA). These wild horses roam this remote part of the Great Basin Desert on 402,567 acres of Bureau of Land Management (BLM) land and 5,139 acres of private land. The land is characterized by sloping valleys and steep, rugged mountains. The horses living in the Stone Cabin HMA are accustomed to all kinds of weather -- from the glaring desert heat to below-freezing temperatures and snowy winters. 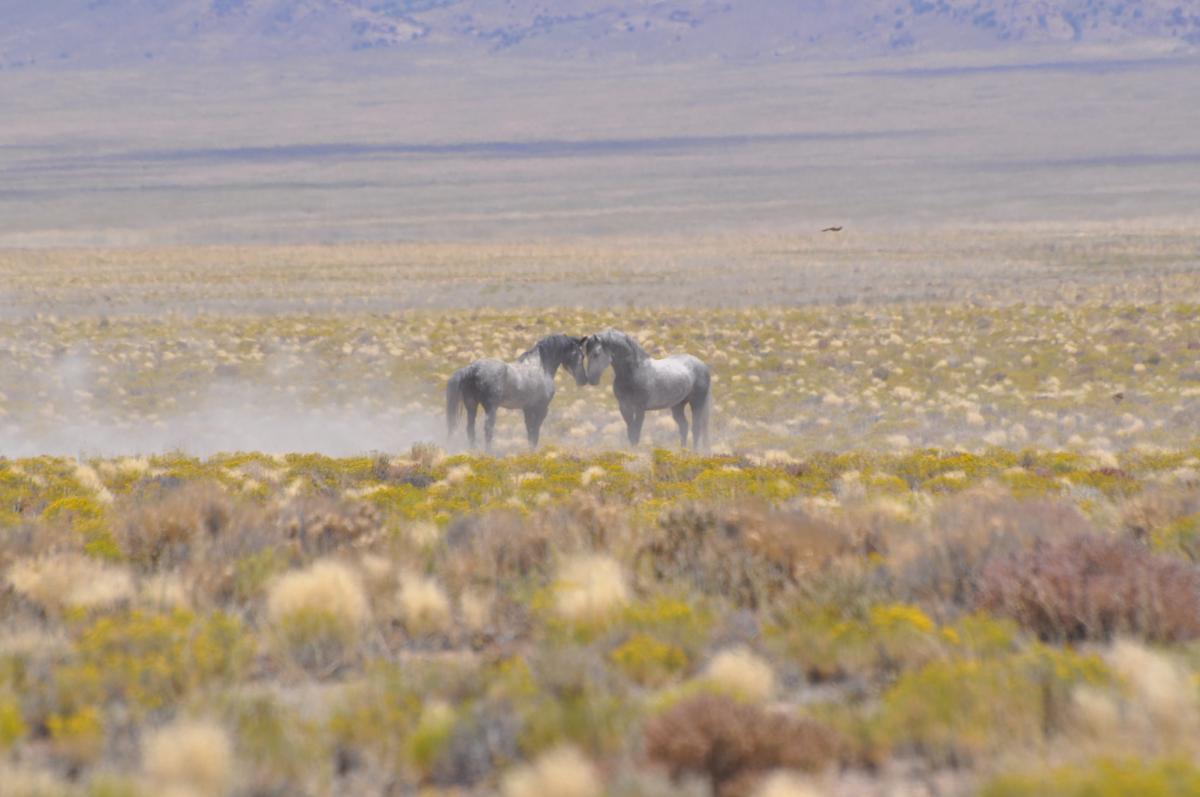 Despite the harshness of the wild environment, the Stone Cabin wild horses have flourished for more than a century, peacefully coexisting with other wildlife, including antelope, mountain lions, coyotes, bobcats.

The Appropriate Management Level (AML) for the Stone Cabin HMA is 218-364 wild horses.

The Stone Cabin wild horses are a magnificent sight to behold. While they exhibit a variety of colors, including chestnut and bay, the population is known for its “ Stone Cabin Greys.” These horses are typically born black and begin to grey out around age three to four. Over the years, they become progressively more grey until they are completely white! This complete transformation finishes around age 15, with many keeping their dark manes and tails.

Some sources say these horses were influenced by a Steeldust Grey Thoroughbred in Texas who was later released into the wild in this area. Reportedly, this stallion ran aside the native wild horses already living there and contributed to the gene pool, resulting in the beautiful greys that characterize this unique herd. Interestingly, the Steeldust line is one of the founding genetic lineages of today’s Quarter Horses.

Velma B. Johnston (aka Wild Horse Annie), founder of America’s wild horse protection movement, is said to have revered the Stone Cabin wild horses and frequently took trips from Reno to the Wild West outside Tonopah to go visit them.

The very first official BLM roundup, following the passage of the Wild Free-Roaming Horses and Burros Act of 1971, took place in Stone Cabin in1975. Velma Johnston was there to witness the capture operation with the hope that the brutal mustanging practices she had fought against for so long would be left in the past.

Since then, the BLM has conducted numerous roundups in this area, most recently in 2016. The goal was to capture 325 horses over the course of one month. The BLM used a bait trap with either forage or water, rather than helicopters. The roundup personnel captured a total of 292 horses, 171 were released and six horses lost their lives.

There are no gathers planned for the Stone Cabin HMA at this time.