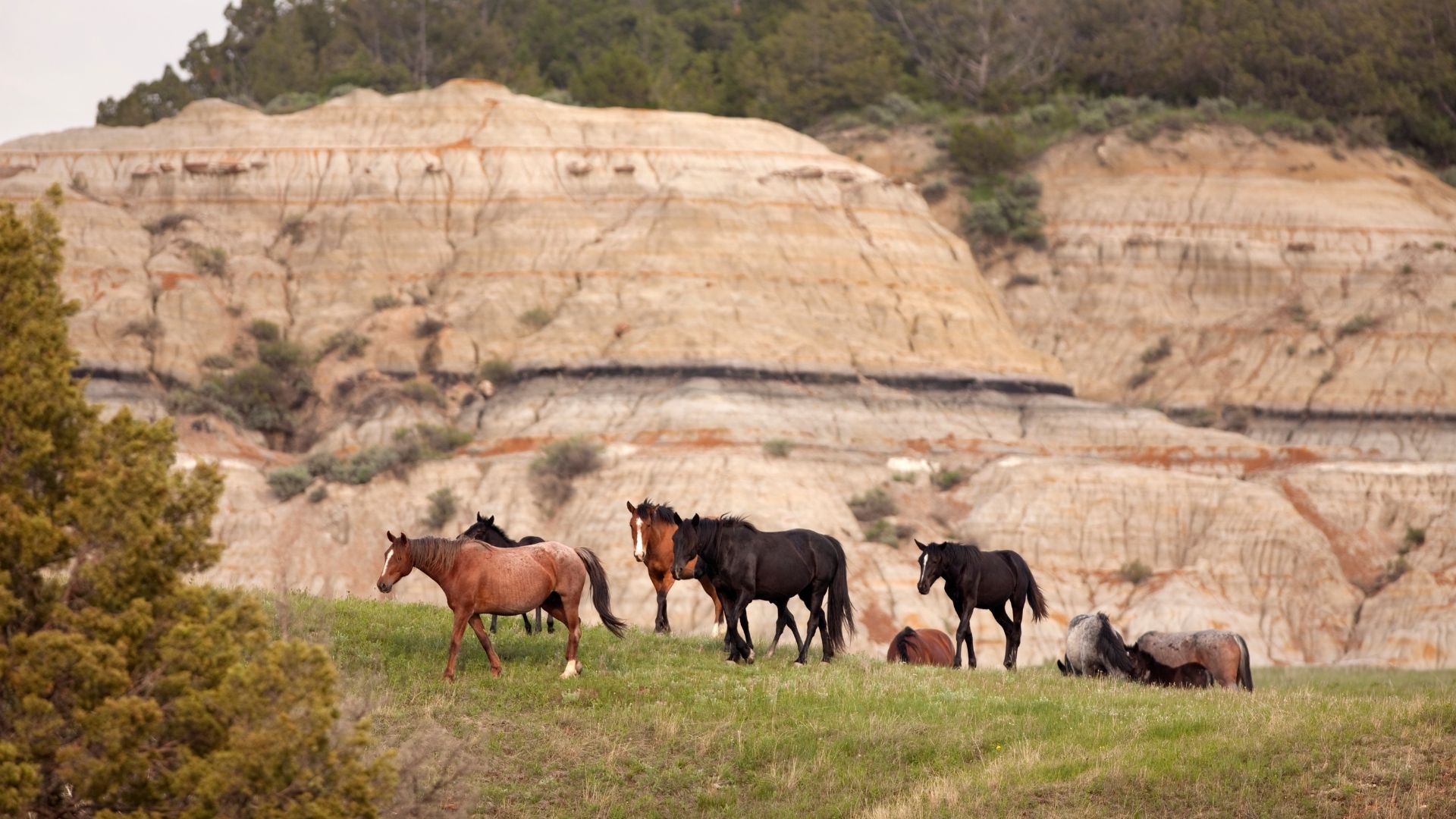 Mar. 25 Update from NPS: Four horses have been captured thus far this week. Two yearling fillies showed signs of dehydration and colic and were provided veterinary care to prevent complications. Animals will be rotated between pasture and holding pens as we monitor food and water intake and begin groundwork to train animals how to load onto trailers using low-stress handling techniques. The capture operation is proceeding slowly because staff are devoting extra time to ensure operational safety and security, and support animal health.

(March 24, 2021) Despite a management plan that is almost 50 years and ongoing concerns about the genetic diversity of this historic herd, the Theodore Roosevelt National Park (TRNP) has begun the removal of wild horses from North Dakota’s only wild horse herd.  Located in western North Dakota, the TRNP is comprised of about 70,000 acres including the dramatic Badlands. 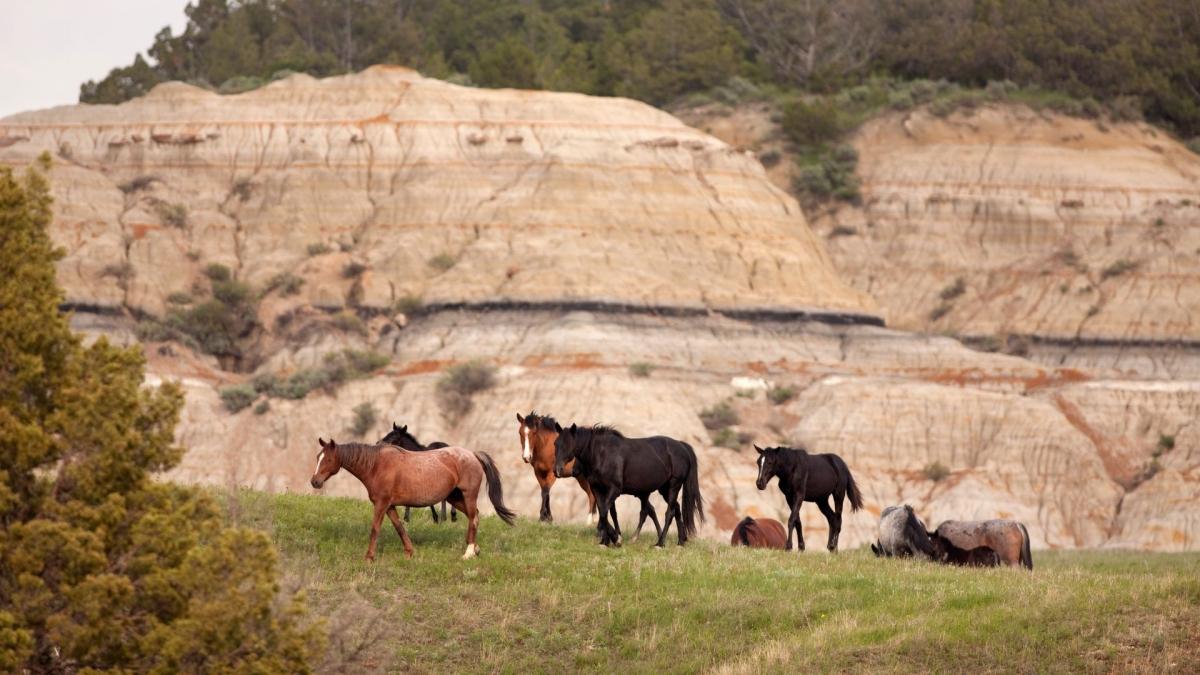 With no previous public notice, the TRNP announced on Monday, March 22nd, that it will immediately begin capturing up to 10 horses from the herd, which is estimated to be about 170 horses, using “chemical immobilization techniques.”  At least three horses have already been removed, and it’s not clear if more roundups are planned for this year.

Of particular note is that March is the beginning of foaling season.  According to local advocates, in the last few weeks, seven foals have been born; two did not survive.

Because the TR wild horses are managed by the National Park Service, they are not protected by the 1971 Wild Horse and Burro Act, even though the TRNP is part of the U.S. Department of the Interior.

This surprise removal is just one more alarm bell about the TRNP’s transparency, on the ground management of the horses, and disposition of the captured horses.

Unlike most other Department of Interior bureaus, the TRNP will not respond to any emails or phone calls about wild horse issues. Instead, it only communicates through an information portal to which the public can submit questions. However, the portal is not timely in answering questions, is selective as to which questions it responds to, and when it responds, its answers are often too vague to be helpful. For example, it ignored AWHC’s question about how the TRNP determines the number of horses it will remove as well as the selection criteria for those horses.

The TRNP maintains that the portal “is the only equitable way to provide information to all stakeholders,” In reality, though, it’s a bureaucratic ploy to avoid transparency and accountability. 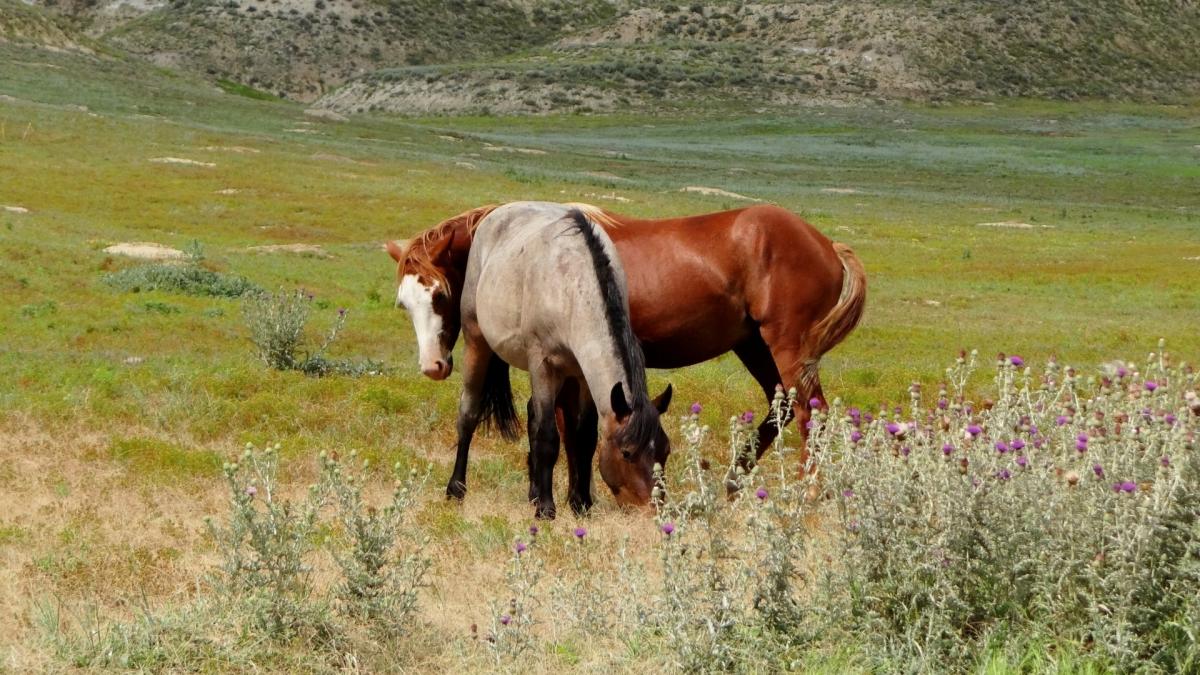 Regarding management, first and foremost is the management plan that was developed in 1978 and set the current population goal at 35-60 horses. So, here’s a question: How can the TR horses be effectively and humanely managed by a plan that is almost 50 years old?  Although the TRNP says that developing a new plan is a “high priority,” it contradicts itself by stating that “staff  time and capacity is limited” and wild horse management is “a small portion of the duties.” Given growing concerns about the health and the genetics of the TR herd, why is a management plan not a higher priority?

And speaking of genetics, some believe the TR horses are descendants of Sitting Bull’s horses and related to the rare Nokota breed. In 2018, Dr Gus Cothran, a professor at Texas A&M conducted a genetic study of the TR horses and found that the herd was at risk of inbreeding.  His recommendation – immediate management efforts that focus on improving the genetic health of the herd by modifying removals “to ensure the existing maternal lineages” and introducing new mares who could contribute to future generations.

Yet, the only management strategy the TRNP is employing is picking off young horses, from four months to three years old, who are “closest to transportation routes.”  In other words, what’s easiest for TRNP personnel with no apparent regard to genetics or age and gender distribution. And, here’s an irony – it won’t introduce any additional mares until a new management plan is developed even though it refuses to say when that plan will be developed.

Third is that the TNPR has been the site of an ongoing research project with GonaCon, a fertility control vaccination, conducted by Colorado State University (CSU) since 2009. AWHC inquired about how the TRNP and CSU are coordinating the removals with the vaccinations to ensure the health and genetic viability of the herd, but the TRNP did not respond.  Also, why are annual removals necessary if CSU has been administering GonaCon to all-female horses 8 months of age or older for so long? 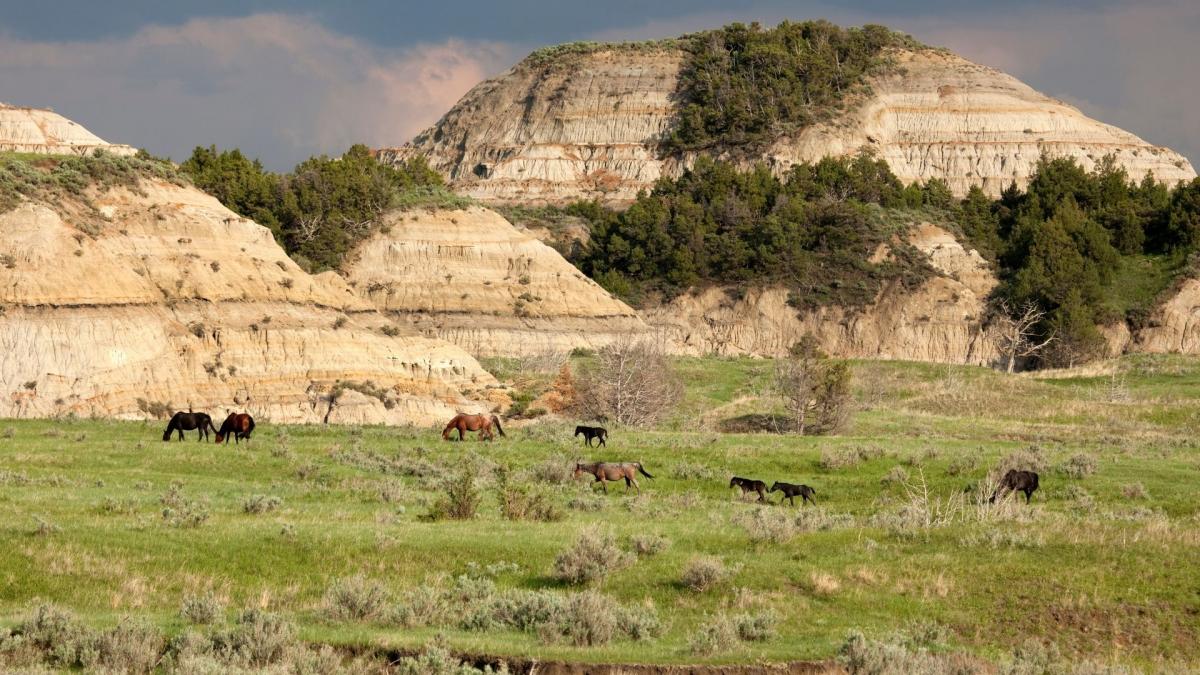 Two other wild horse herds reside in National Parks – the Assateague in Maryland and the Shackleford Banks in North Carolina. Both are managed with PZP, another fertility control vaccination, but the application of PZP as well as removals, which are infrequent, are based on herd data and genetics – in other words, science.

Finally, according to the TRNP portal, all captured horses are sold through internet auctions by the General Services Administration (GSA) with no screening of potential buyers. After AWHC submitted a question about how horses are protected from sale for slaughter, the TRNP added a phrase on the portal, stating that the public needs to sign a statement saying that the horse/s will not be purchased for the purpose of slaughter.

The TR horses are the only wild horse herd in North Dakota, and the TRNP is one of only a few national parks that is home to wild horses.  The TRNP has the right and responsibility to manage the horses, but its decisions need to be based on real science as well as safe and humane practices that ensure the long-term health and viability of the TR herd. Transparency and accountability to the American public are also necessary. So far, the TRNP is failing on all counts.