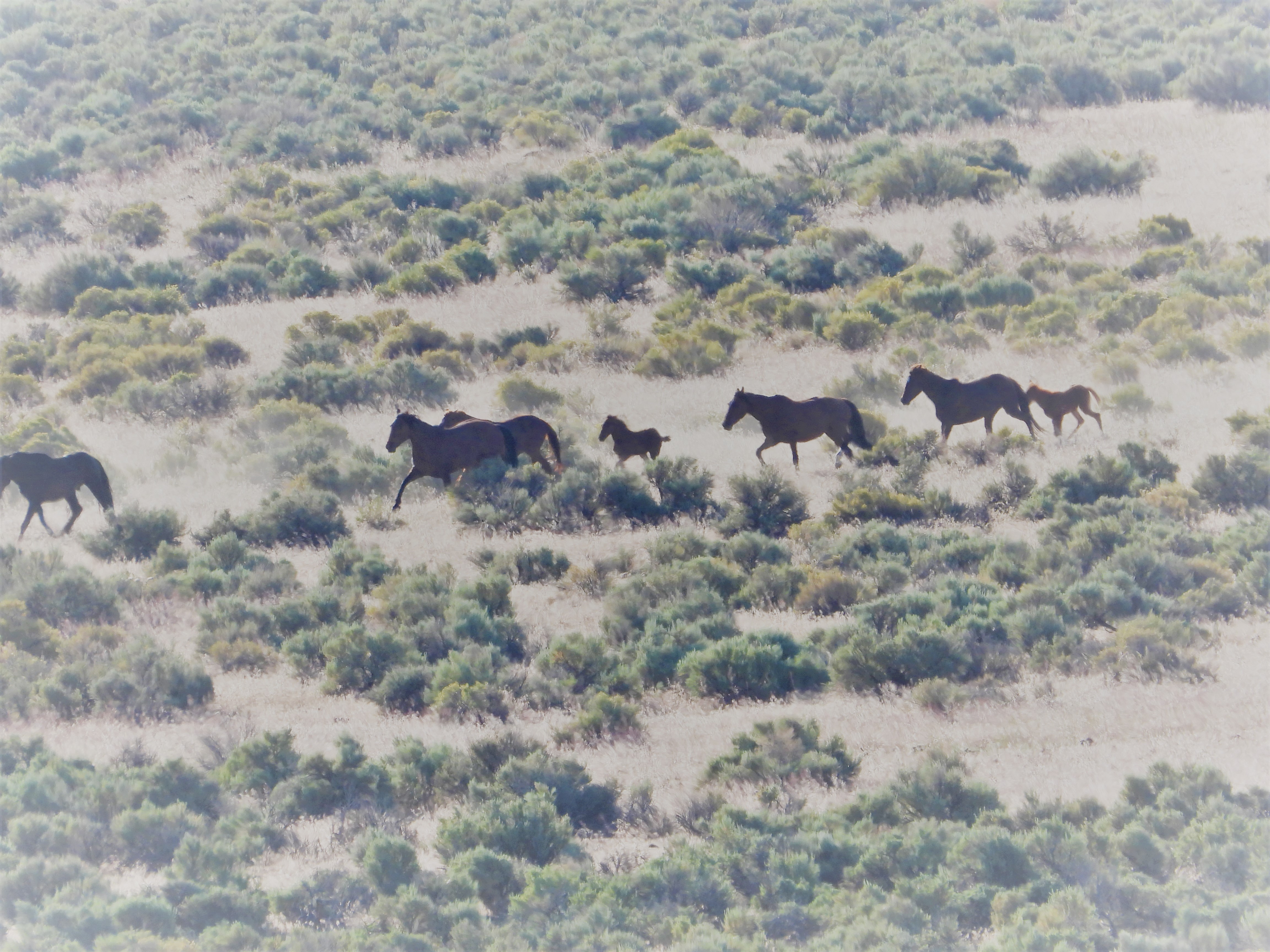 The Buffalo Hills Herd Management Area (HMA) encompasses approximately 132,000 acres of public and private lands. The Bureau of Land Management (BLM) sets a population limit of just 188-314 wild horses for this area, and according to the agency, there are approximately 541 wild horses in the HMA.

Beginning on July 1, 2022, the BLM plans to round up approximately 353 wild horses using helicopters to chase them into traps and treat up to 30 mares with Gona-Con, a fertility control suppressant that AWHC believes needs more research before being implemented. The helicopters are being operated by Sampson Livestock.

The captured wild horses will be shipped to Indian Lakes Off-Range Corrals, located in Fallon, Nevada which has been documented to have several concerning violations at the facility.

AWHC will be onsite at this operation to hold the BLM accountable.

ROUNDUP CONCLUDED: 353 wild horses were captured and there were 10 deaths.

AWHC was one of two members of the public for the Buffalo Hill roundup. She reported that she had no view of the trap during the operation. There were only two runs today. 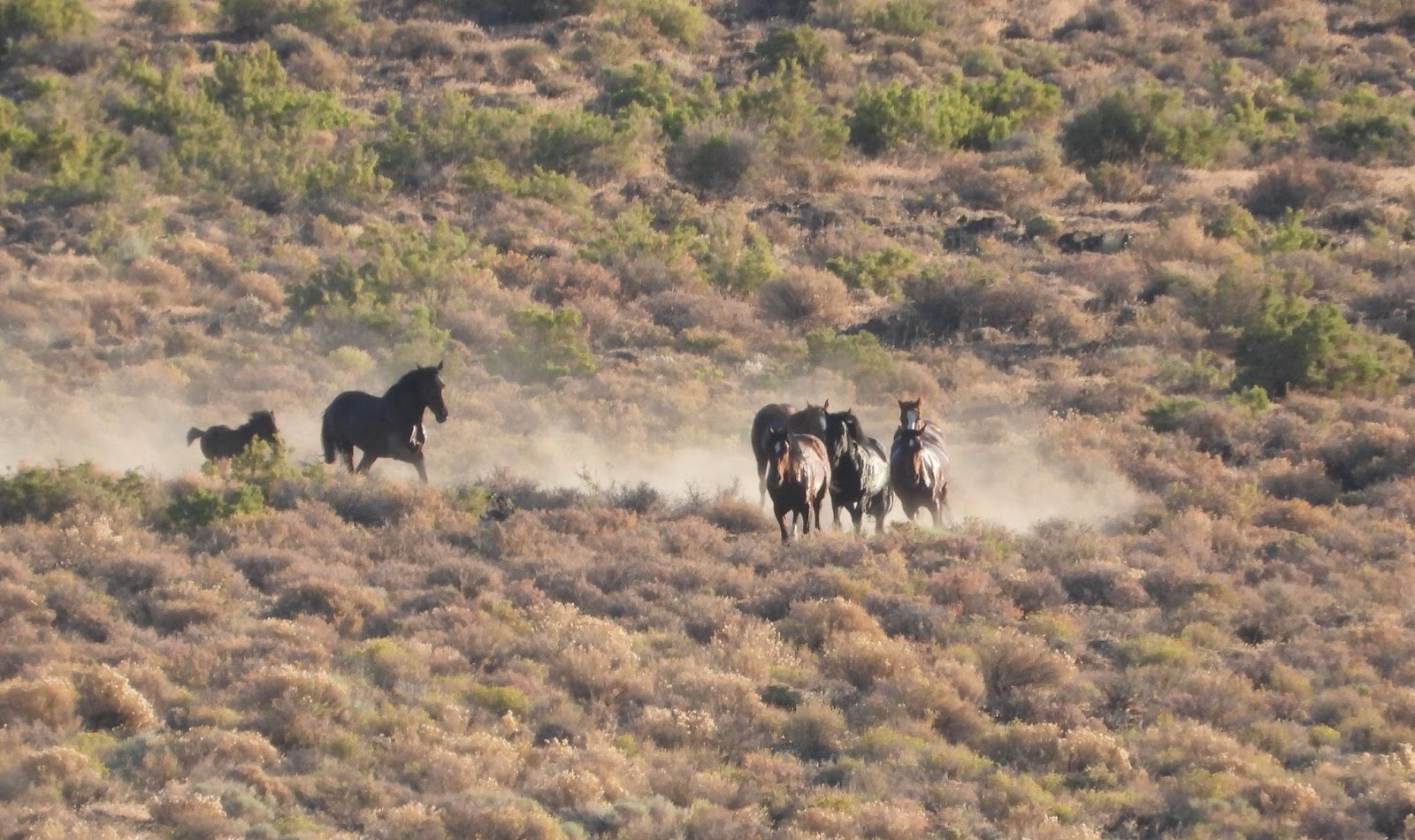 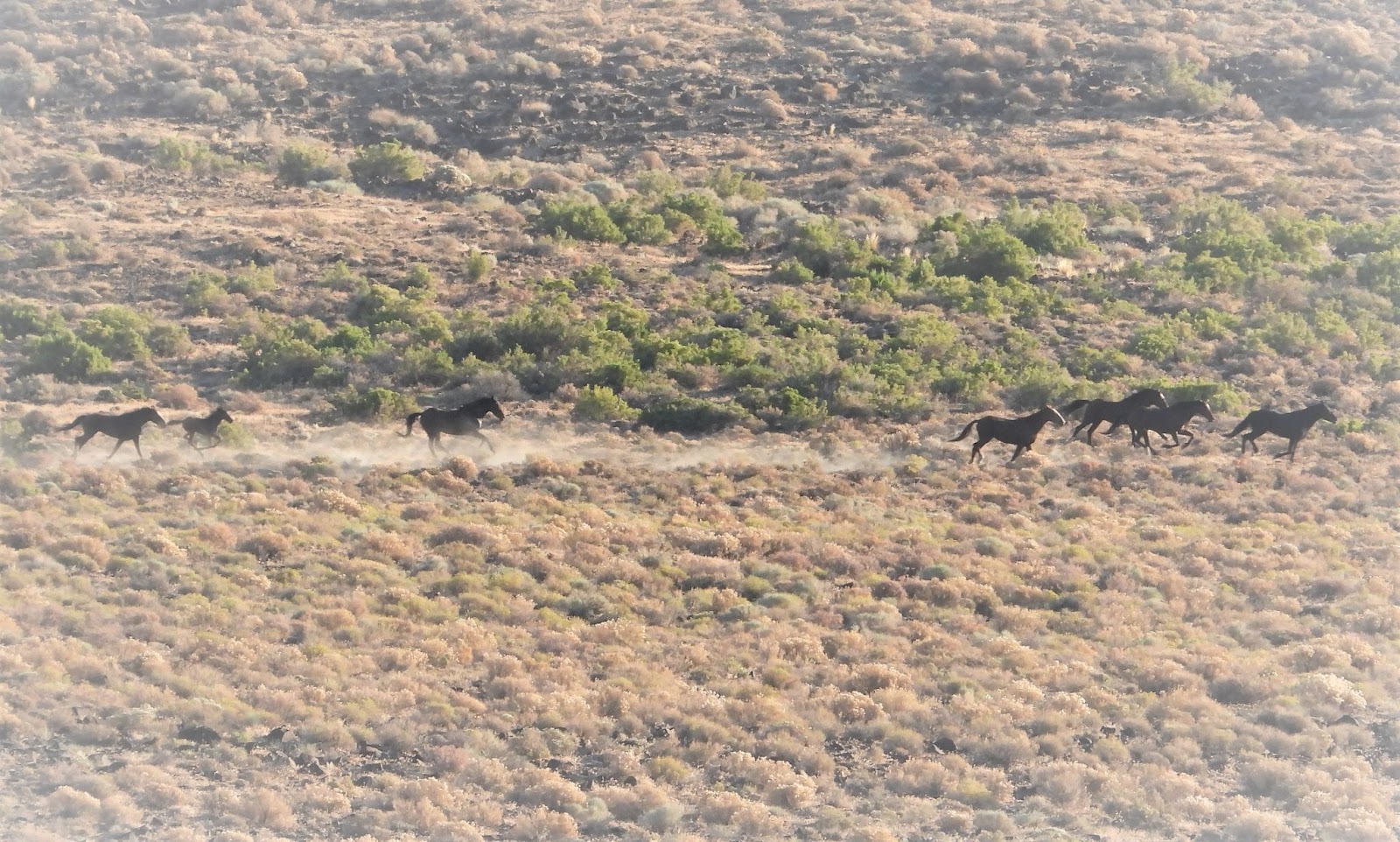 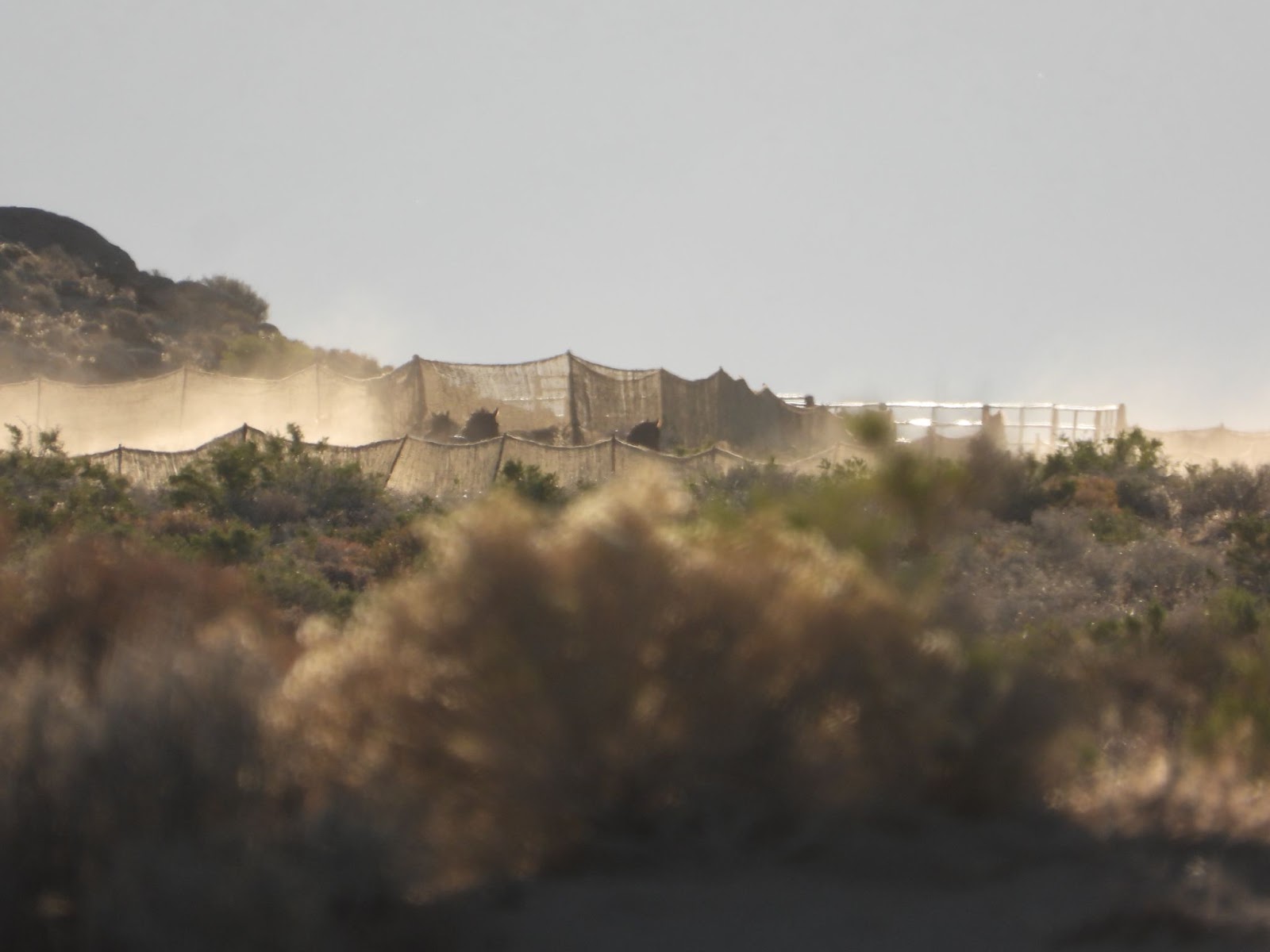 July 8, 2022: 35 horses were captured and two died. One 3-year-old Bay mare died unexpectedly due to a fractured neck and one 20+-year-old Bay stallion was euthanized for a "pre-existing condition (pre-existing fracture -- broken leg)"

AWHC’s field representative was one of two members of the public in attendance today. She was placed approximately 240 yards away from the trap and was unable to see it due to trees constricting the view, but she was able to view wings and the alley leading into the trap’s pens. They were placed at the same location as yesterday and had the same concerns regarding the barbed wire fence line that runs along the route horses were being chased along.

There were a total of five runs today,  but our observer was only able to view four of the five as the route the horses were driven on the last run was obscured.  A few of the runs had young foals running in them.

After the roundup operation came to a close for the day, our observer was not able to access the temporary holding pens as they are placed on private land. 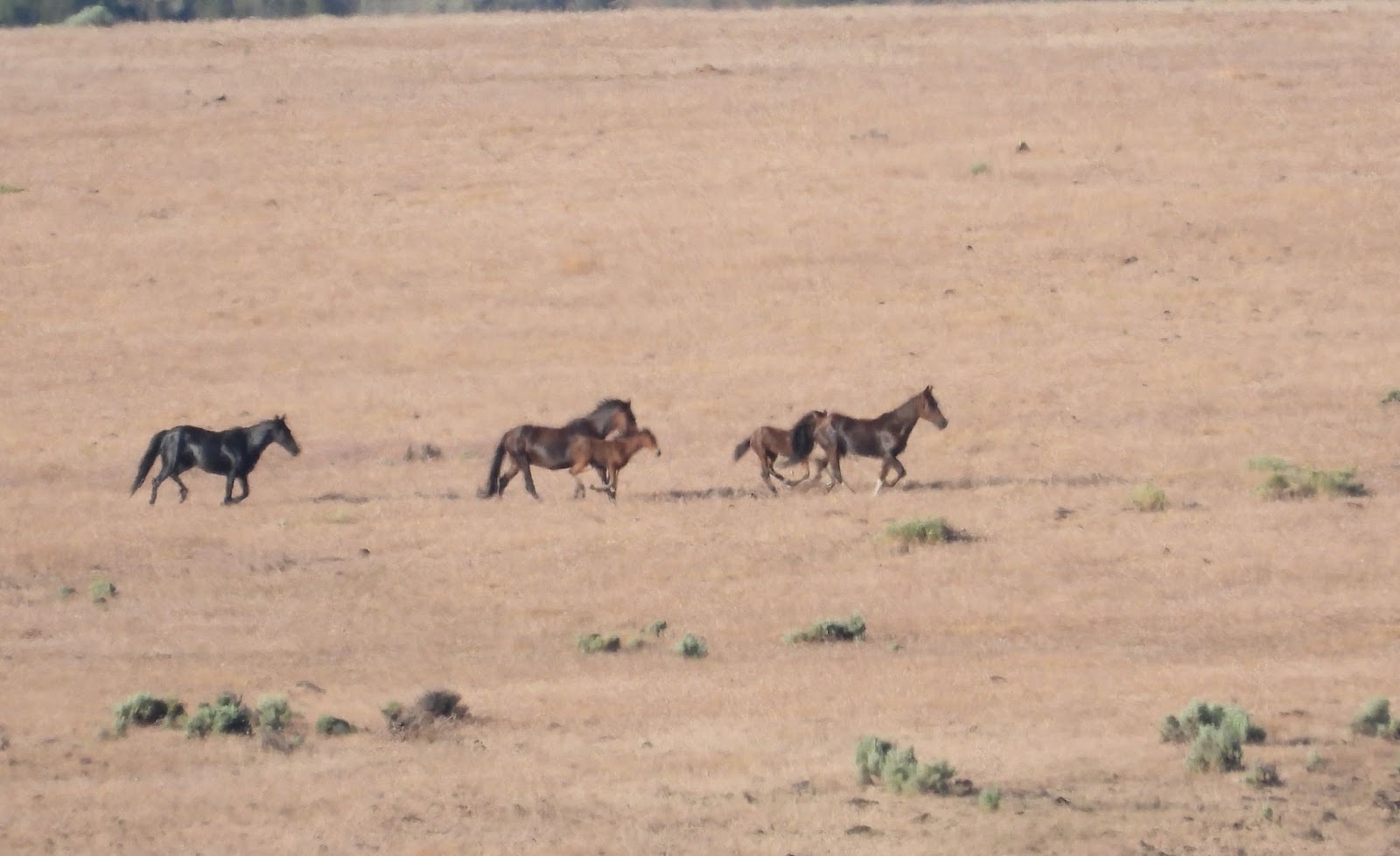 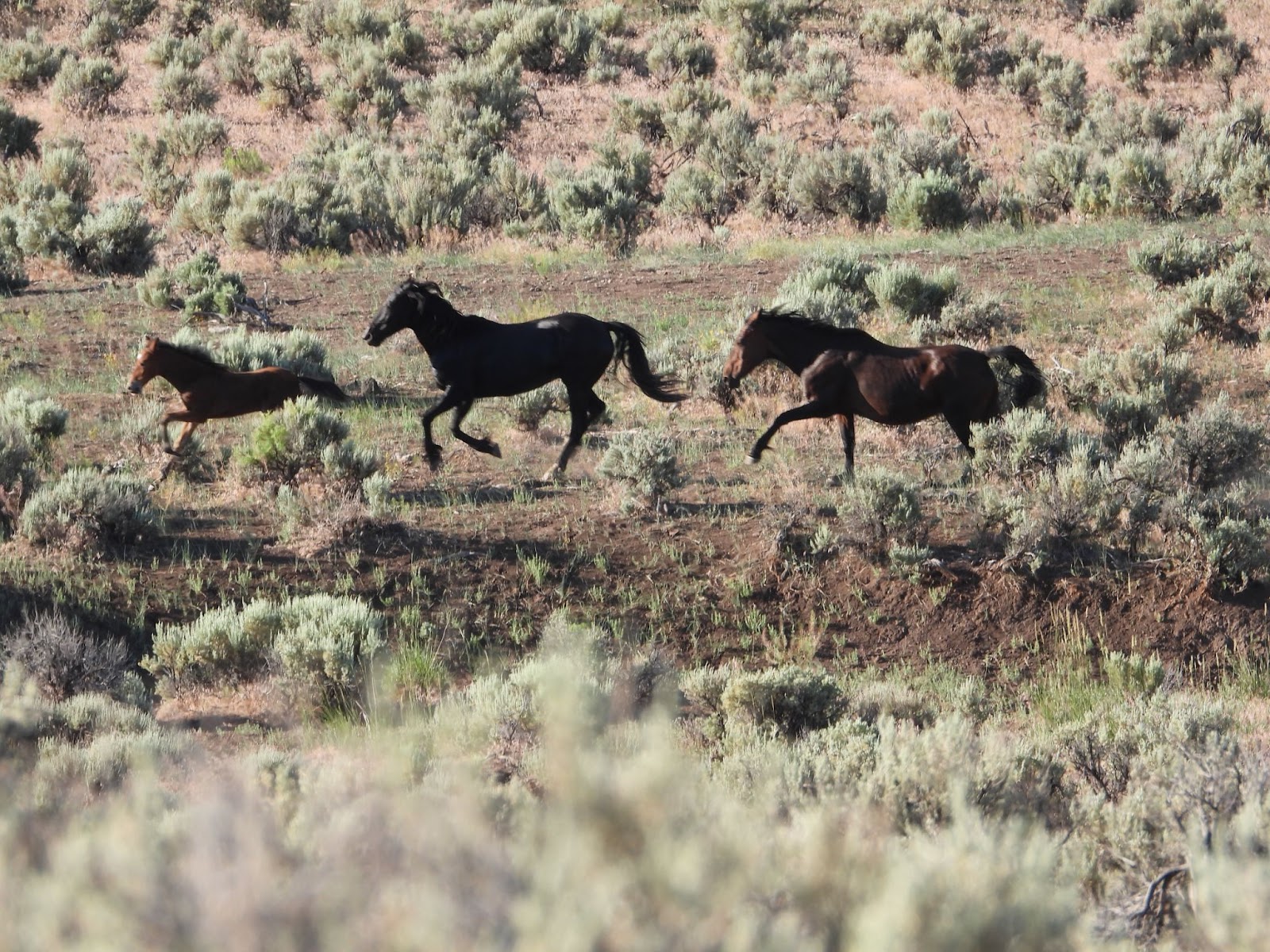 AWHC's volunteer field observer was 1 of 2 members of the public onsite today for the sixth day of the operation. We met BLM at the meeting site at 5:30 am and drove 10 Miles to the trap.

Horses were being brought in close to barbed wire fencing, appearing to be sweaty. One stallion escaped the trap and a mare and foal broke off from horses coming into the trap. Horses coming in at a steady gallop.

The trap is approx 360 feet away, good view of the wings of the trap, however, there is no view of trap whatsoever. Trees block any real view.

AWHC's volunteer field observer was 1 of 2 members of the public onsite today for the fifth day of the operation. We met BLM at the meeting site at 5:30 am and drove 10 Miles to the trap.

The trap was watered down. Brought horses in throughout the day, sometimes only one at a time. The temp was 56° to 93°, with wind 5 to 20 Mph. We will be moving back to trap from the first day tomorrow. Horses appear to be sweaty and exhausted when coming into the trap.

July 4, 2022: 48 wild horses were captured today (final numbers pending BLM report) and there were 2 deaths: a 25-year old stallion was euthanized for being blind in one eye and an 11-year-old mare was also euthanized for having a sway back.

AWHC's volunteer field observer was 1 of 2 members of the public onsite today for the fourth day of the operation. We are placed across the road approximately about 1500 yards away. Visibility through the camera in the morning is clear but due to temperature in the afternoon with heat gives a restricted view. The trap appears to be set up differently than usual -- horses are brought into a larger pen and then guide into the trap area where they are loaded directly onto the trailer to go to temp holding.

July 3, 2022: 70 wild horses were captured today and there was 1 death after the BLM euthanized a 7-year-old Sorrell stallion due to "pre-existing condition": physical deformity -- previous injury to the right front fetlock

AWHC's volunteer field observer was 1 of 2 members of the public onsite today for the third day of the operation. We met BLM at 5:30 a.m. and drove 10 miles to the trap we were put across the road approximately 1500 yards from the trap.

The trap appeared to be set up well. The temperature was 53° to 88°. The pilot had made a comment that these were the "squirreliest" horses that he's ever had to work with meaning they break off quite a bit and separate into different locations.

July 2, 2022: 18 wild horses were captured and there was 1 death after a mare was found dead in the pen due to a "rattlesnake bite".

AWHC's volunteer field observer was 1 of 2 members of the public onsite today for the second day of the operation. The temperatures began at 50 degrees and by the time the roundup was called, it was 88 degrees.

The trap was not visible from the observation site. Our representative did put a request in to view the trap however we were told that the trap is on private property and we are not allowed to enter the property. There were trees around the trap blocking any type of visibility.

It appeared that the pilot was having issues keeping the horses together while bringing them into the trap. The horse's backs did appear to be sweaty and they looked exhausted. The horses that are coming in have a body score of around 5.

AWHC's observer noted that a barbed-wire fence leading up to the trap was not tagged in the morning, however, in the afternoon they did go through and tag it.

There was a foal that fell behind so the wranglers came out on a side-by-side, they got out and picked him up and forcefully threw him on the ground twice and hogtied him and put him in the back of the side-by-side. W

The operation concluded early at 1 pm due to high wind conditions.

We are not allowed to go to temporary holding as it is on private land.

AWHC's volunteer field observer was 1 of 3 members of the public onsite today for the first day of the operation. We met BLM at meeting sight at 4:30 am, arriving at trap at 5:50 am. At that time, the temperature was 44 degrees Fahrenheit.

The BLM placed us in an area where we could not see the end of the trap and only had a partial view of the wing. The horses could be seen drenched with sweat, and young foals were falling behind, exerting themselves to keep up with their herd.

Of note: Two younger horses escaped the trap and were taken in by the wranglers on horseback.