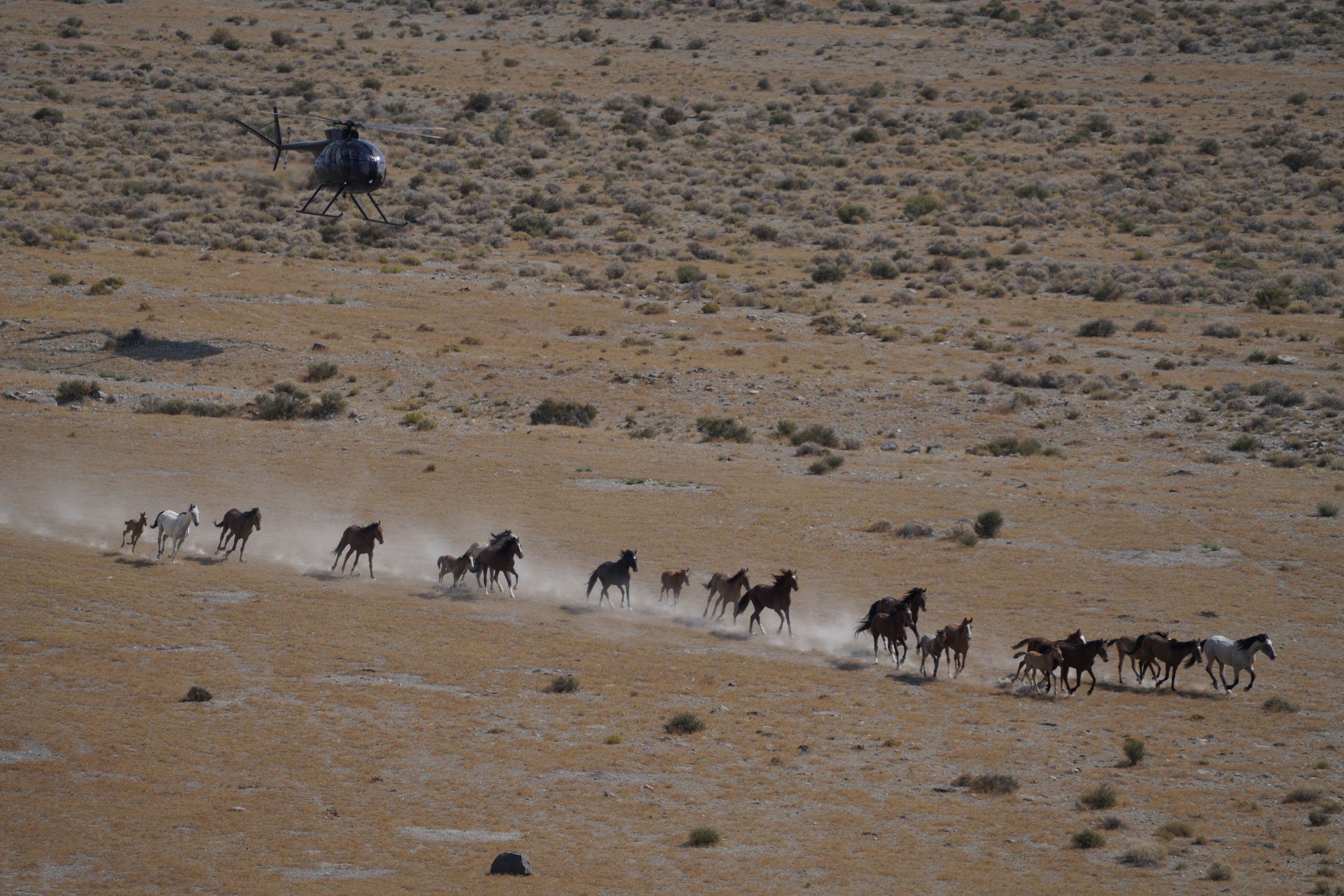 FILLMORE, Utah (July 19, 2020)…A wild mustang mare crashed, broke her neck and was dragged off with chains yesterday after at a Bureau of Land Management (BLM) helicopter  roundup in Utah’s Swasey Herd Management Area (HMA). Photos of the tragedy, released by the American Wild Horse Campaign today, are sparking public outrage and highlighting the urgent need for Congress to step in to protect the nation's wild horses and burros by reining in the BLM's roundup program.

Thousands of people have reacted to an initial photo posted to social media last night showing BLM wranglers putting a sheet over a 5-year-old wild mustang mare who broke her neck after crashing into a dangerously small trap pen. Observers had warned that the design of the trap would result in horses breaking necks, but the BLM ignored concerns. Horses continued to crash into the panels after the mare died and was dragged off by BLM.

According to AWHC’s onsite observer, the BLM told the public that the mare died instantly, but his photos clearly show that she was still moving and holding her head up after crashing into the panels. Instead of euthanizing her immediately, BLM wranglers covered her with a sheet while she was still alive, waited until she was no longer moving, then wrapped chains around her back legs and dragged her away. 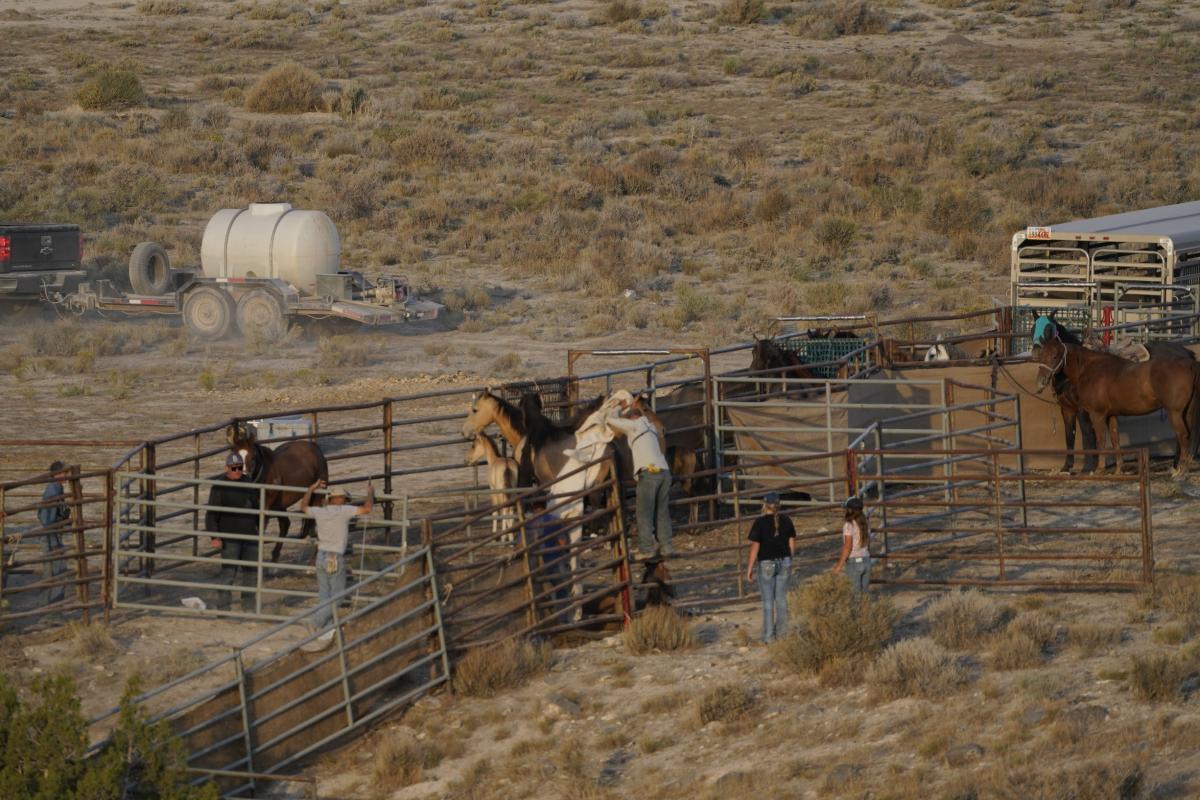 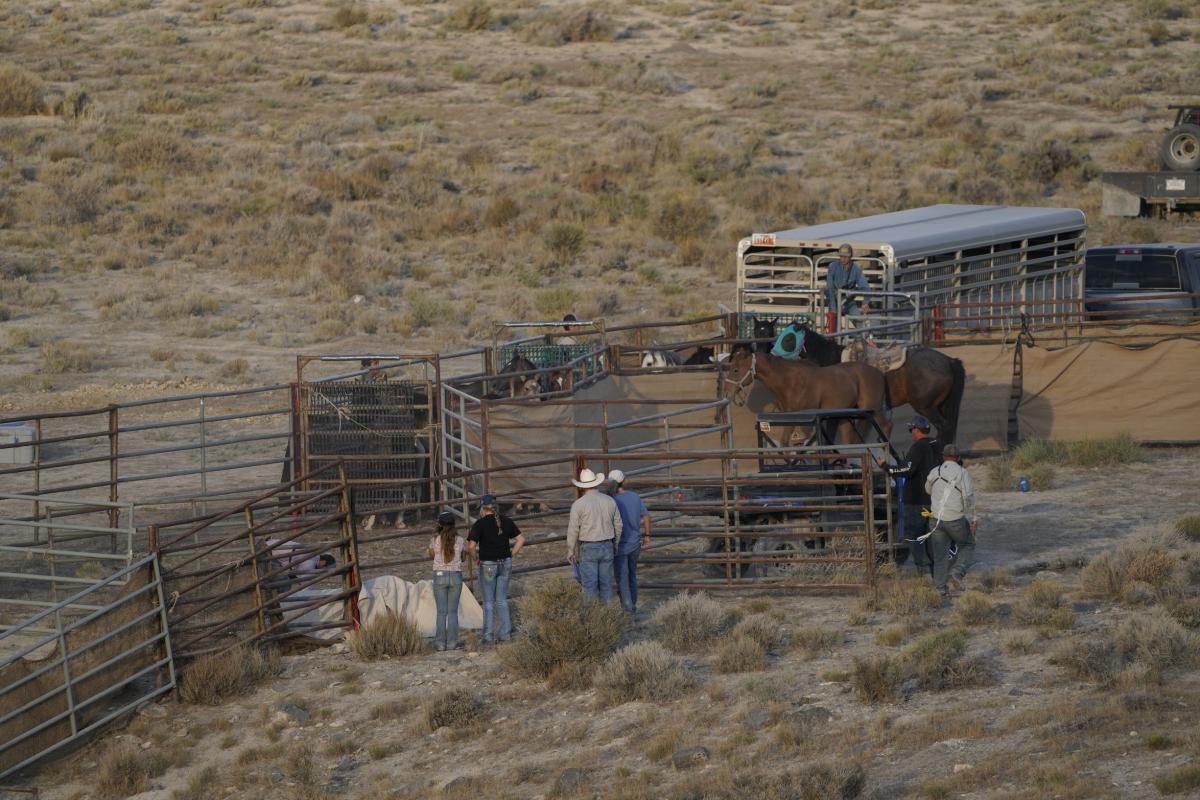 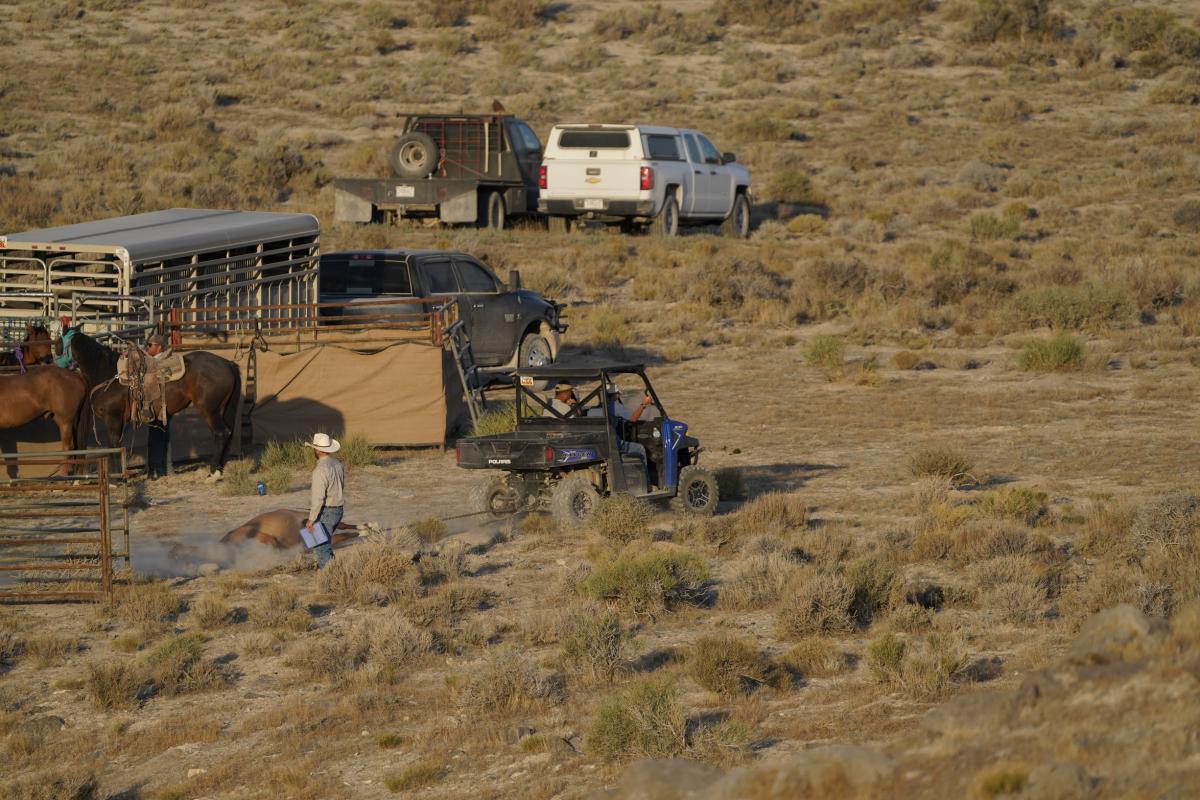 “The BLM’s callous handling of this federally-protected wild horse, who just moments before was living free with her family, exemplifies the agency’s disregard for the welfare of America’s iconic mustangs,” said Grace Kuhn, Communications Director of the AWHC who has been in constant touch with the group’s onsite observer at the roundups. “This young mare’s death could have been avoided had BLM followed its own animal welfare guidelines and heeded warnings from observers on the ground.”

The roundup continues today in sweltering desert temperatures. AWHC’s observer reports that the horses are more stressed and agitated than in previous operations he has documented.

AWHC charged that the BLM is routinely violating its own animal welfare guidelines at the very timee it is asking Congress for more money to round up wild horses and promising lawmakers to abide by its humane handling policy.

“Unbeknownst to most Americans, we the taxpayers are funding this brutality. It’s wrong, it’s unnecessary and it has to stop," Kuhn continued. “Today we’re calling on Congress to act definitively to rein in the BLM’s wild horse roundup program. There’s a way to manage wild horses, and terrorizing them with helicopters and removing them en masse from public lands is not it.”

Congress recently released an additional $21 million dollars in appropriated funds for the BLM’s wild horse and burro roundup program with the understanding that the horses would be treated humanely. AWHC said the incident yesterday was anything but humane, and until the BLM is held accountable, more deaths can be expected at the hands of this woefully mismanaged, and now overly funded, agency.

The Swasey roundup continues with the goal of capturing 800 wild horses and permanently removing the animals to reach a targeted goal of just 60.

Wild horses that are permanently removed from Swasey HMA will be transported to the BLM’s Holding Corrals in Delta and Axtell, Utah. They will become part of a holding system in which the BLM currently warehouses over 47,000 wild horses and burros.

The Swasey HMA is made up of approximately 120,113 acres of Federal and State lands located fifty miles west of Delta, Utah. The BLM allows just 60-100 wild horses to roam within the HMA, while authorizing over 12,000 privately-owned sheep and cows to graze.  Across Utah, the BLM allows livestock grazing on 22 million acres of public land, of which less than 10 percent (2.1 million acres) is shared with wild horses.