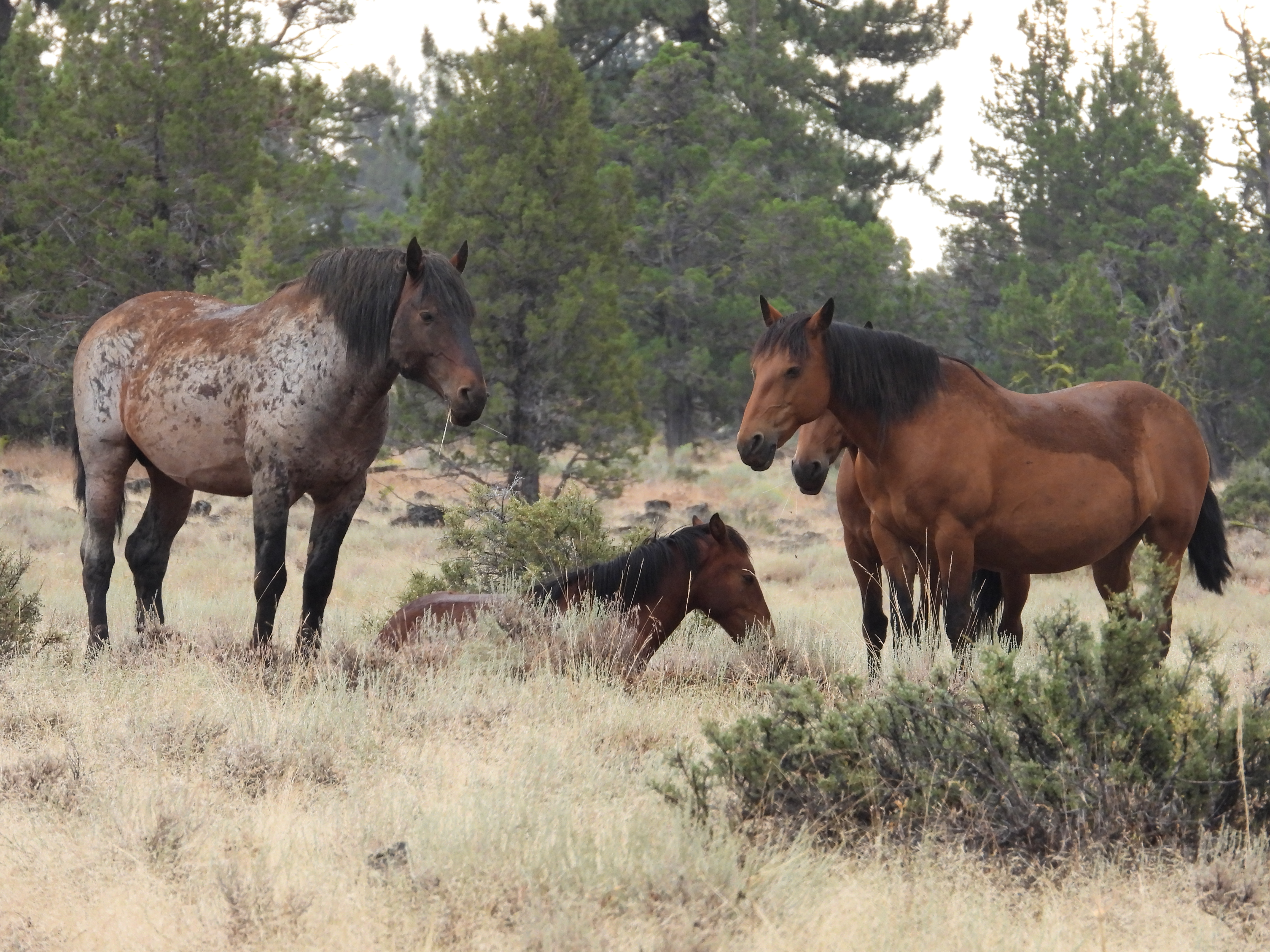 The USFS capture operation, beginning today under the helm of the US Department of Agriculture, aims to remove 500 federally-protected wild horses from the Devil’s Garden Plateau Wild Horse Territory in California’s Modoc National Forest. Since 2018, the USFS has captured approximately 2,443 wild horses from this territory.

The roundup is proceeding despite Congressional concerns about the welfare of California’s largest wild horse herd.

The roundup is conducted by Cattoor Livestock, a private livestock helicopter company contracted by both the USFS and the Bureau of Land Management despite documented instances of abuse against wild horses and burros during federal operations. Additionally, roundups via helicopter commonly pose an increased risk of horse injury, separation, and death. Disposition records from last year's roundup also raise concerns about the contracted holding facility’s ability to safely warehouse the captured animals.

AWHC has historically challenged USFS’ Devil’s Garden capture operations. The most serious animal welfare violations in which AWHC has called for greater oversight include:

“AWHC has offered to implement—and pay for—a humane fertility control program for the Devil’s Garden mustangs but USFS continually rebuffs our offer. The agency is staying its outdated course – rejecting modern science and continuing with more roundups and removals. This is an ineffective management strategy that is expensive for American taxpayers and nothing short of cruel for the horses. More so, it flies in the face of Congressional calls for change, public opinion, and even California’s Attorney General.” said Mary Koncel, AWHC Program Specialist.

Solutions and alternatives to the mass roundups AWHC has presented to USFS in relation to the Devil’s Garden Wild Horse Territory include: