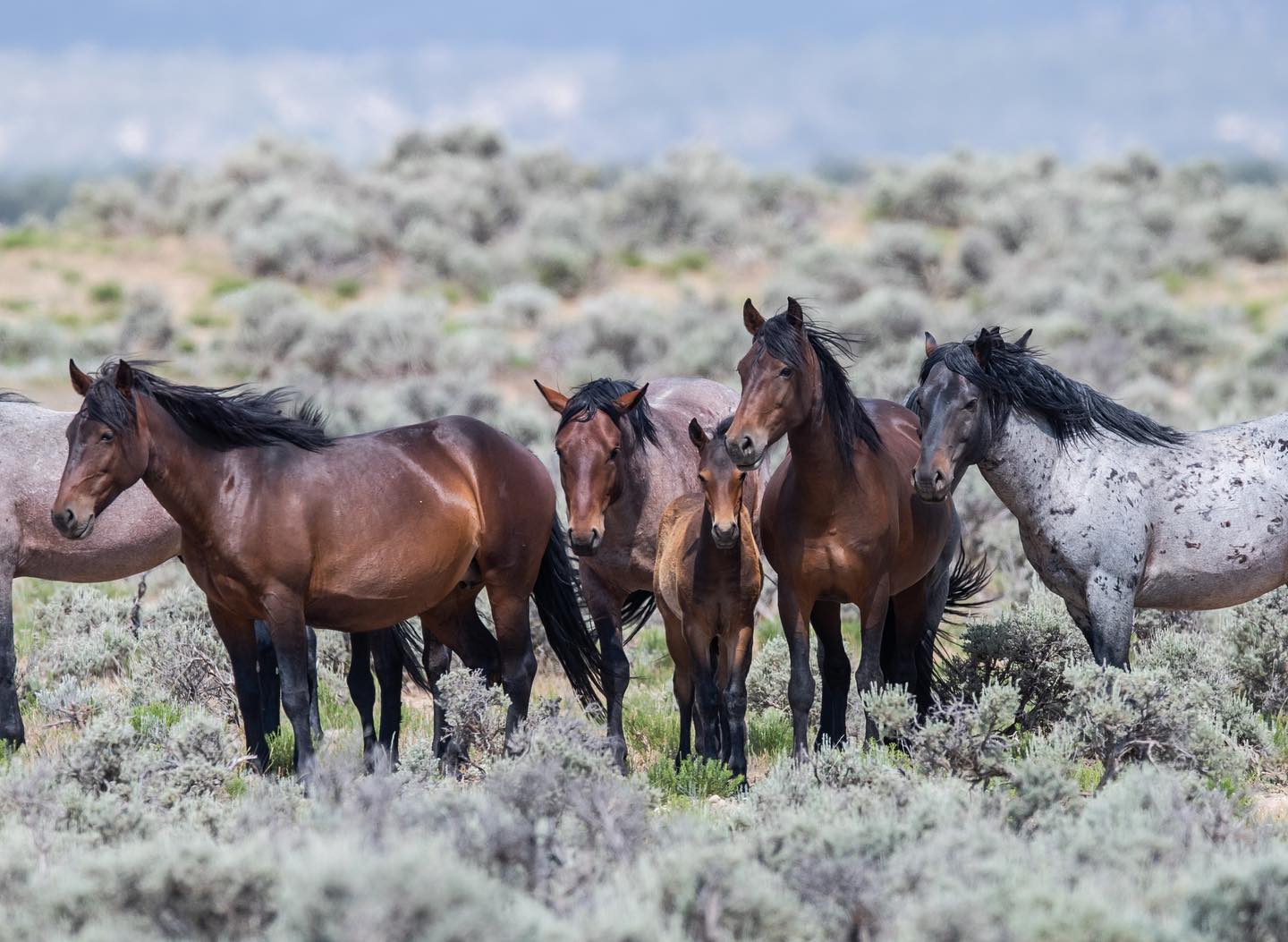 Comes in Advance of an Accelerated, Inhumane Wild Horse Helicopter Roundup Amidst Heightened Concerns for the Safety of Young Foals and Pregnant Mares During Foaling Season

The accelerated time frame is significant as it is still foaling season where young foals and heavily pregnant mares are likely to be chased by helicopter in the impending Piceance roundup, which is scheduled to begin on Friday, July 15th.

“Chasing foals across the Piceance Basin in the height of summer is a hazardous strategy.

“It is clear Gov. Polis’ administration understands the plight of pursuing foals across Piceance Basin in the height of summer and we’re grateful he has urged for care and extreme caution in this next roundup. We are also grateful to Gov. Polis and First Gentleman Marlon Reis for their wider efforts made on behalf of Colorado’s wild horses and the many passionate animal welfare advocates in the state.

“Yet we share the Governor’s disappointment in the BLM’s unwillingness to work with stakeholders, despite new scientific evidence authored by an independent ecologist suggesting the roundup can wait.

“To be clear, the Governor’s earlier request was simply to return to the original, more humane roundup timetable of September which would allow newborn foals to mature, gain strength, and avoid the sweltering July heat in Colorado.

“The chief health emergencies facing these wild horses and foals right now are the impending helicopter chase across miles of hazardous Piceance Basin terrain and the prospect of years in government holding facilities. While we remain focused on a last minute reprieve, our immediate actions must also turn to long-term holding operations. The BLM currently has a capacity crisis—evidenced by 146 avoidable deaths this year at Cañon City in Colorado—and a roundup welfare crisis—evidenced by ten deaths at the most recent helicopter roundup at Buffalo Hills in Nevada.

“The Piceance Basin horses are destined for the Axtell Wild Horse Corrals in Utah, which was recently found to be non-compliant in a number of factors critical to avoiding a repeat of Cañon City, such as vaccinations, drainage, and special care handling. We can’t keep piling wild horses into a broken system.

“We make a final plea to the BLM to pause the helicopter phase of this roundup. Put a more humane timetable back in place and allow for meaningful long-term dialogue regarding the treatment and care of wild horses in Colorado.”